In the wake of HBO’s hugely successful show Chernobyl, the Ukranian power plant has returned to the public eye. We are fascinated once more by the brutal, invisible threat of radiation and the worst man-made disaster the world has ever seen.

On April 26, 1986, Reactor 4 of the Chernobyl Nuclear Facility exploded. The fallout was something the world had never seen. The disaster left many dead and other’s would suffer a grisly demise years down the line.

Radiation from the accident could be measured around the world. Livestock and water supplies were contaminated and tens of thousands of civilians were evacuated from surrounding areas.

The threat of a thermonuclear explosion was very real and Europe came very close to total annihilation. The West was quick to point the finger at the Soviet Union’s incompetence, but is there more to it than meets the eye? In a disaster shrouded in mystery, we look at some other (rather far-fetched) explanations. What do you believe? 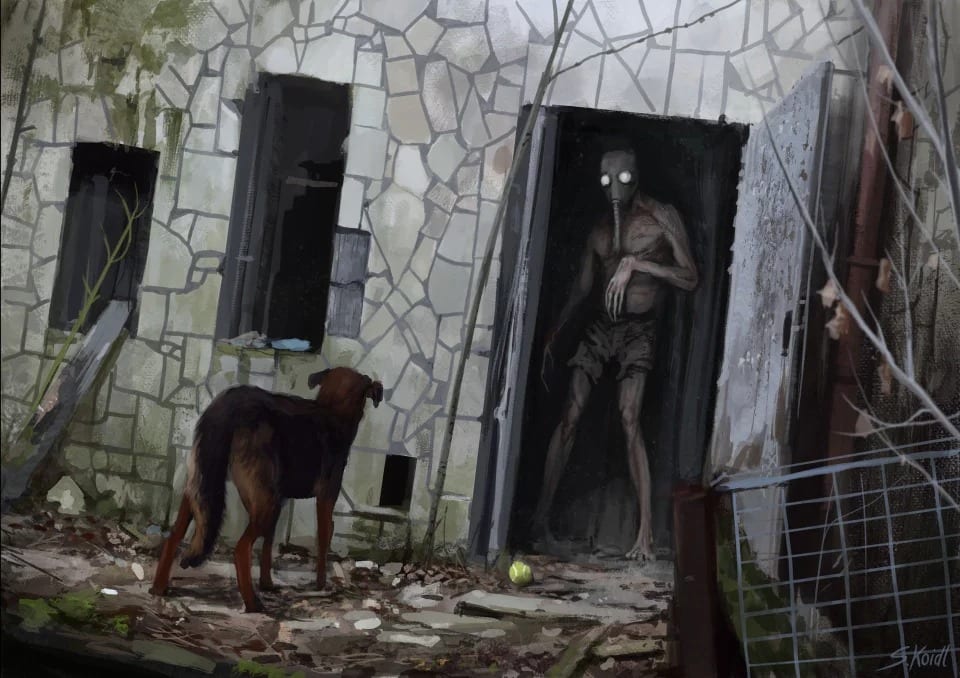 In the Ivankiv Raion (the district of Ukraine where Chernobyl is located), stories were passed around that a terrifying humanoid creature with red eyes and wings was seen by the nuclear plant’s workers leading up to the accident. This creature was quickly dubbed the Blackbird of Chernobyl.[1]

Researchers have since suggested the beast was merely a black stork, an endangered species native to southern Eurasia. The physical description given by witnesses, however, does not match that of a black stork.

The Blackbird is thought to have been a deadly omen warning them of their inevitable fate. A 20-foot bird-like monster soaring through the thick irradiated smoke, never to be seen again. 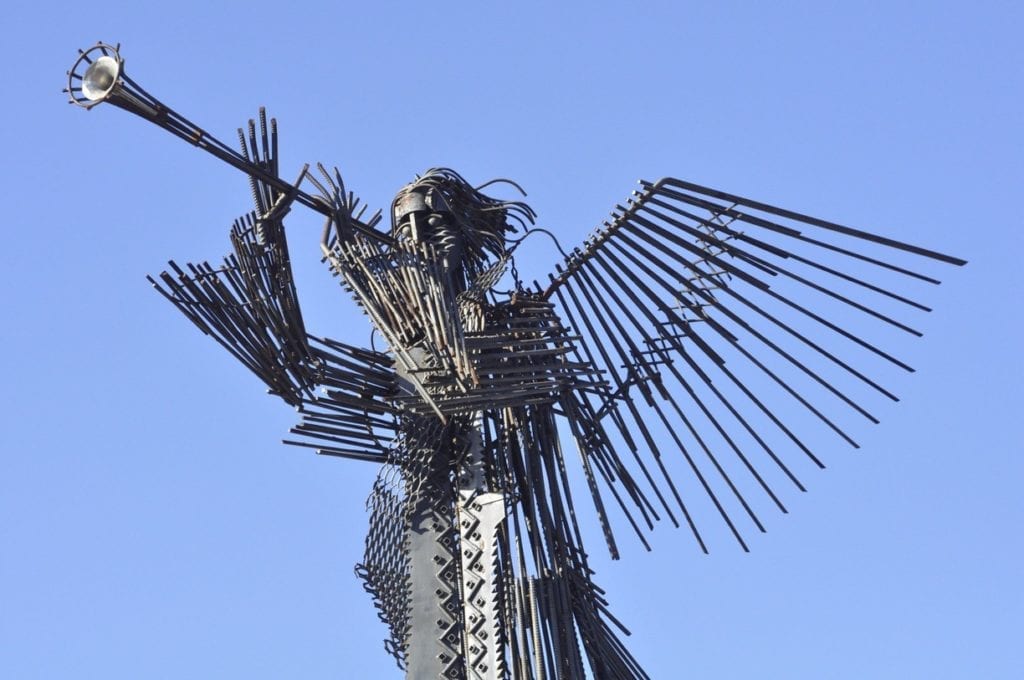 The Russian word for Wormwood is, yes you guessed it – Chernobyl. Did the bible predict the Chernobyl accident?[2] The fires of Reactor 4 were likened to a torch by the firemen that attended the scene. It is thought the ‘third trumpet’ refers to the accident itself and the water is bitter due to the radiation.

An angel with a trumpet pressed to her lips stands close to Chernobyl. The sculpture, created by Ukrainian artist Anatoly Haidamaka, is a tribute to the brave firemen and liquidators that lost their lives at the plant. 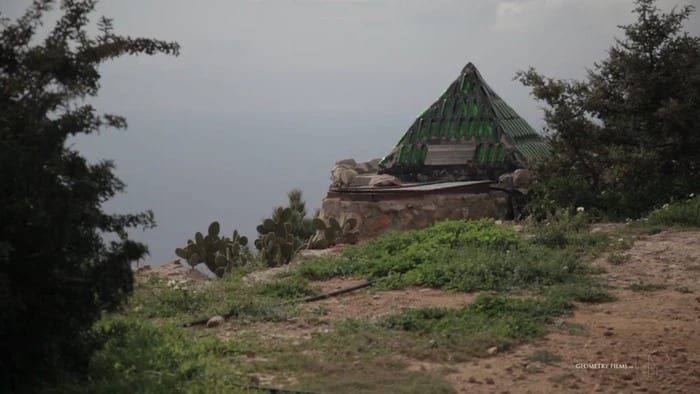 A commune on the island of Gavdos in Greece is made up of Russian scientists and Chernobyl survivors. Cut off from the outside world and completely self-sufficient, the group look to achieve the impossible; immortality.

The group had been around for 10 years before moving to the Greek island. Their founder, Andrei, had been exposed to high amounts of radiation after a voluntary trip to Chernobyl shortly after the blast. He was advised to go to a clinic in Moscow for treatment. He knew full well no pill could save him, so he decided to settle in a small village and live out the rest of his life. He became a farmer. He drank excessively and claims the vodka helped cleanse his body.

Is it a coincidence that Andrei and several other members of the commune all received an extremely high dose of radiation at the plant?

Their methods and progress are unknown but it is strongly believed they are carrying on from where the Soviet Union left off. Have these highly respected scientists lost the plot? Their experience and reputation say otherwise. 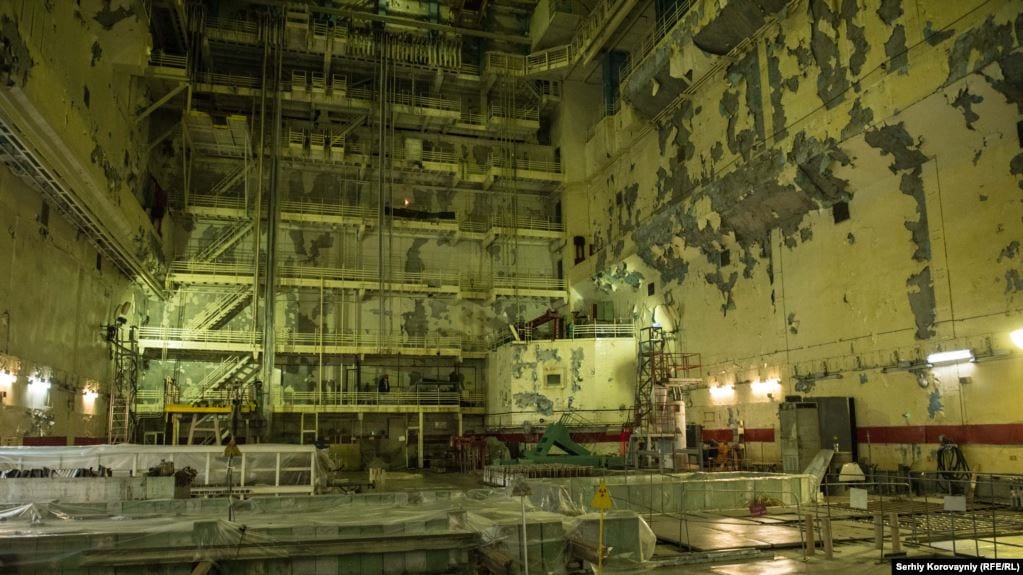 There are theories that the Soviet Union destroyed Reactor 4 themselves to gauge the potential of weaponizing the nuclear reactors within the US. This was at a time when both countries were in the midst of the Cold War, any seen advantage was invaluable and there are cases of both sides committing ethically questionable actions in order to gain a leg up against the opposition.

The overwhelming strength of nuclear weaponry was well known, both the US and USSR had vast nuclear arsenals and had extensively researched the devastating effects of radiation throughout the 20th century. A meltdown of a nuclear power plant, however, had never been seen before.

Was it further research on the effects of radiation on the human body?[3] Many complained that the Soviet authorities did very little, very late to protect civilians from exposure to radioactive contamination. 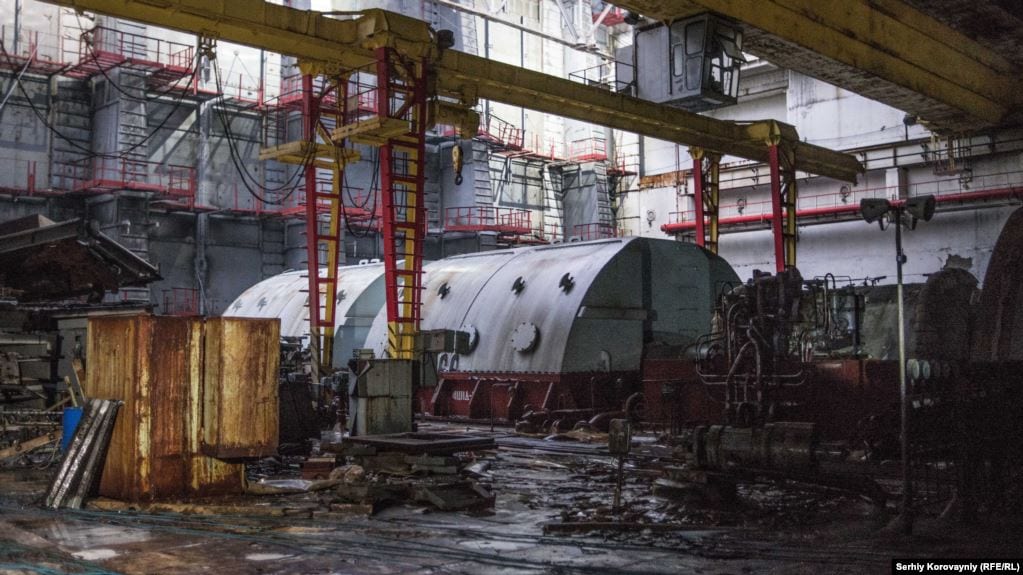 Initially, a study had been taken on by Vitaly Pravdivtsev in 1996 to explore the possibility of an earthquake being responsible for the explosion of Reactor 4[4] but experts systematically revealed there were over 80 discrepancies in Pravdivtsev’s report. In 1997 a group of scientists from the United Institute of the Physics of the Earth revisited the study and came to an interesting conclusion.

This may have been the first you’ve heard of this, as it is not widely reported, but on the night of the 25/26th April, three nearby geological stations recorded a relatively weak seismic event.

The earthquake in question is thought to have occurred just 16 seconds before the explosion. Quite the coincidence! It is more than possible to conclude that the graphite rods, designed to protect the reactor, failed to insert due to the facility’s lack of protection against vibrations and other seismic movements. 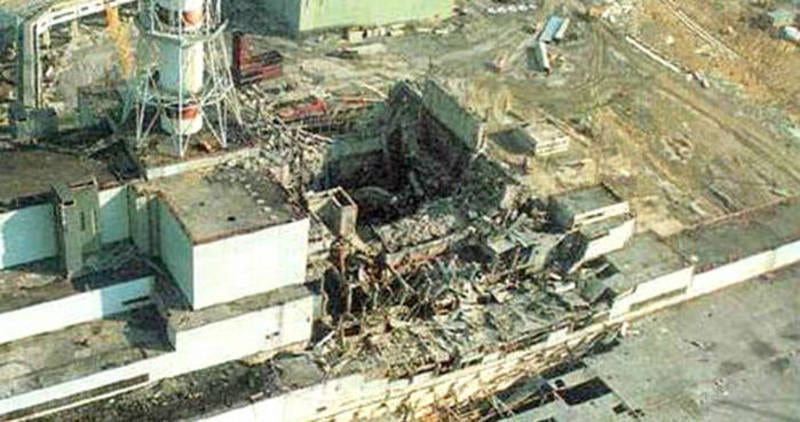 Following on from above, there is evidence that tectonic weapons were researched and developed both in the Soviet Union and the USA.[5] It is not known if these weapons were ever successfully deployed but some theorists suggest there is a distinct possibility that a weaponized earthquake isn’t just science fiction.

Pravda, the former official newspaper of the Soviet Union, reported on page 1 on 30 May 1992 that “a geophysical or tectonic weapon was actually developed in the USSR despite the UN Convention”, but that Chief Seismologist Major General V Bochrov of the USSR Ministry of Defence categorically rejected any hints of the existence of tectonic weapons.

Nikola Tesla once claimed a device he had built in 1898 produced earthquake-like effects, but as far as the public is concerned this has never been replicated.

For an area of the world that scarcely sees seismic activity, the use of a tectonic weapon has theorists champing at the bit. 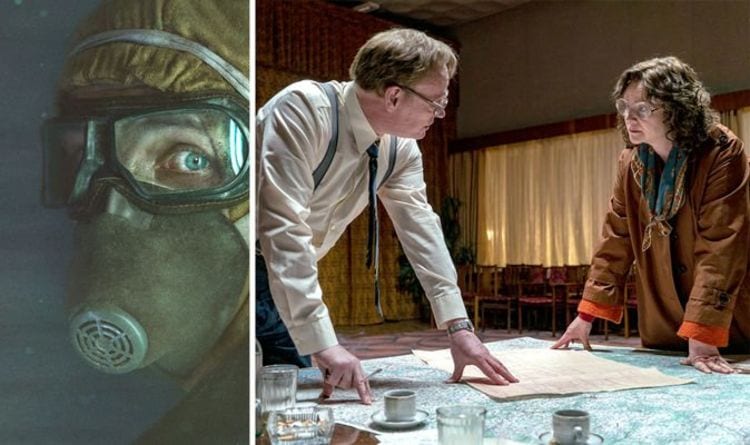 Another popular theory is that the KGB was heavily involved. To monopolize Europe’s energy market they supposedly sabotaged Chernobyl’s Reactor 4 themselves to put off other countries from building nuclear power plants.[6]

Europe’s sources of energy are few and far between so they believed by successfully deterring other countries, they would make Western and Central Europe completely dependent on Soviet oil and gas energy.

Has it worked? Twenty years on, the Soviet Union has dissolved, eg-KGB spy Vladimir Putin rules and Russia seemingly has Europe’s power supply in an iron vice. The German-Russian gas pipeline, built in 2011, is further evidence that Europe’s reliance on Russian energy does not look like stopping any time soon.

There have been various conspiracies centered on the involvement of extra-terrestrials.[7] In the days leading up to the accident, there were several eyewitness reports of UFO’s in the area, including a sighting above the plant moments after the explosion.

One witness, Mikhail Varitsky, said this: I and other people from my team went to the site of the blast at night. We saw a ball of fire, and it was slowly flying in the sky. I think the ball was six or eight meters in diameter. Then, we saw two rays of crimson light stretching towards the fourth unit. The object was some 300 meters from the reactor. The event lasted for about three minutes. The lights of the object went out and it flew away in the northwestern direction.

The majority of UFO enthusiasts claim that the extra-terrestrials were there to help prevent any further destruction and to stave off the possibility of a deadly thermonuclear blast.

Pravda, a Russian broadsheet newspaper, formerly known as the official newspaper of the Communist Party of the Soviet Union, revealed that a UFO was indeed seen by hundreds of people, hovering above the plant for as long as six hours.[8]

Pravda has suggested that half of Europe was saved by a UFO. It is believed by some that it decreased the level of radiation by nearly four times, preventing a nuclear blast. 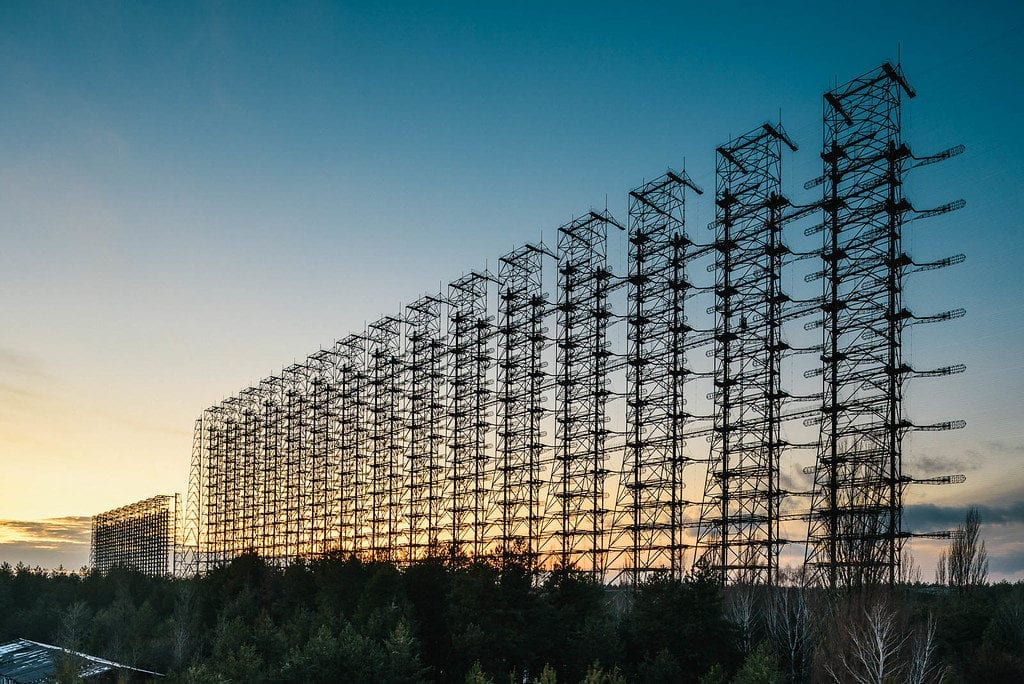 The infamous Soviet radio facility Duga-3, dubbed The Woodpecker because of it’s high pitched frequency, was a huge top-secret radar structure a few clicks from the Chernobyl plant.[9]

In 1976 a powerful radio signal was detected worldwide. The shrill signal came without warning, disrupting radio broadcasts and communication relays worldwide. Rumors at the time suggested it could have been part of Soviet mind-control experiments. The random frequency lasted for 12 years and it got so bad that radio and television manufacturers from across the world had to start re-designing products to prevent interference from the station.

It is unknown exactly what Duga-3 was used for to this day. Most experts believe it was constructed as an early warning system for the Soviet Union’s anti-ballistic missile systems.

In 1989 all signals ceased and the vast structure was left for nature to claim.

It is unknown how much the structure cost to build, but some suggest Chernobyl was orchestrated to distract people from thinking Duga-3 was just another Soviet failure. 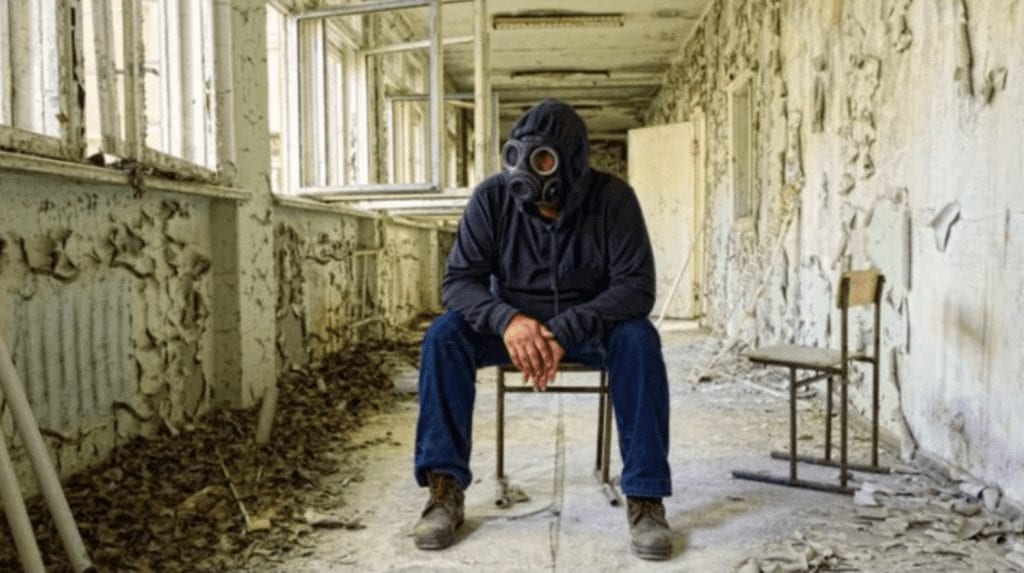 Russia is currently working on a TV show to rival HBO’s ‘Chernobyl’. Albeit hugely successful, many ex-Soviet officials blasted the HBO show, claiming it was inaccurate and slanderous.

The Russian show will be based on a CIA conspiracy,[10] claiming that US spies triggered the explosion to sabotage the Soviet Union.

The CIA has already admitted to interfering with Russian technology by planting malware in its computer systems, is it possible that this is what happened at Chernobyl?

“One theory holds that Americans had infiltrated the Chernobyl nuclear power plant and many historians do not deny that, on the day of the explosion, an agent of the enemy’s intelligence services was present at the station,” the director of the upcoming Russian show said, AV club reported.[11]

The Cold War is over you say? I think not.

I’m the kinda guy that applies gentle, soothing pressure to your dog’s body on firework night. Conspiracy fiend. Why has that flower delivery van got a satellite dish on top of it?