It is February 6, 2002, and police descend upon a pig farm owned by Robert Pickton to execute a search warrant for illegal firearms. What they were about to uncover would go down in a tale so horrifying, bizarre, strange, and macabre that it would be the stuff of films and nightmares—but this was no nightmare or horror movie. This was real life, and the belongings of many women who had gone missing were about to be uncovered.

The man who owned the British Columbia property was a pig farmer by the name of Robert “Willie” Pickton. Born in 1949, Pickton came from a family of pig farmers for three generations. In the mid-1990s, he and two siblings sold parts of the farm they’d inherited for few million dollars, and Pickton was left with sole control of the remaining land.[1] Pickton would go down in history as one of Canada’s worst serial murderers after his house of horrors would be uncovered and his murderous crimes found out. 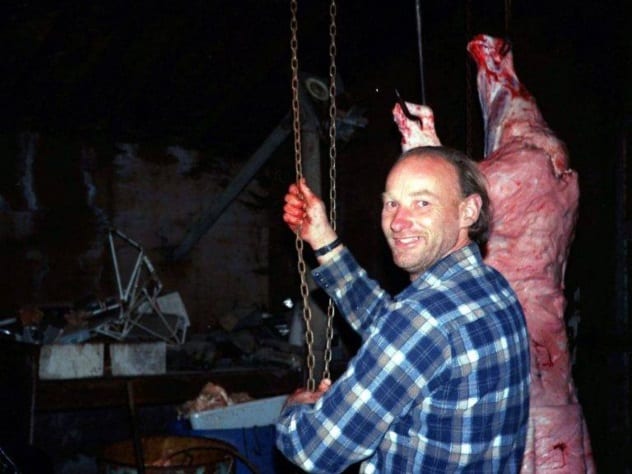 Like they always say, it’s the quiet ones you’ve got to watch, and Robert Pickton was no exception. Quiet, reserved, and seemingly well-behaved, “Willie” was the last person authorities would assume was a maniacal serial killer. But behind the simple farm-life exterior was a madman with a dark, twisted secret, who went undetected in his serial killing spree for years. He was someone who no one would suspect was butchering women.

History is replete with quiet, unassuming murderers, from the gentle nurse’s aide Donald Harvey to the Japanese Celebrity Cannibal Issei Sagawa, Many murderers are outwardly calm and collected, but behind their friendly eyes reside complete and total bloodthirsty psychopaths. An old neighbor even described Pickton as a “good natured little bastard.”[2] 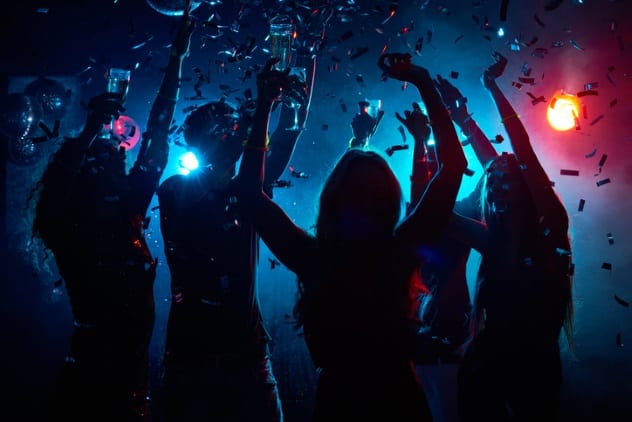 Although his demeanor was that of a friendly, reserved pig farmer, Robert Pickton wasn’t without a wild side. He converted a building near the farm itself into a party palace where he would host wild, illegal parties for himself and all his friends. He appropriately named the nearby building “The Piggy Palace” and would often have gatherings there where he would drink and use illicit drugs. Pickton took his party life seriously enough to set up a nonprofit charity called the Piggy Palace Good Times Society. It is said that his parties were attended by as many as 1,700 guests.[3]

It should be noted that it wasn’t all good times at the “Good Times Society,” as these parties were entirely illegal, and Pickton and his brother sold liquor at the events illicitly. They would also charge an entrance fee to raise money, which presumably went right back into the ongoing parties at the property. It’s very possible that the Picktons never raised any money for any real, decent cause but rather used the society as a front to party and charge people money while proclaiming it all went to some public good . . . or maybe the nonprofit organization was just a front to rake in serious cash. 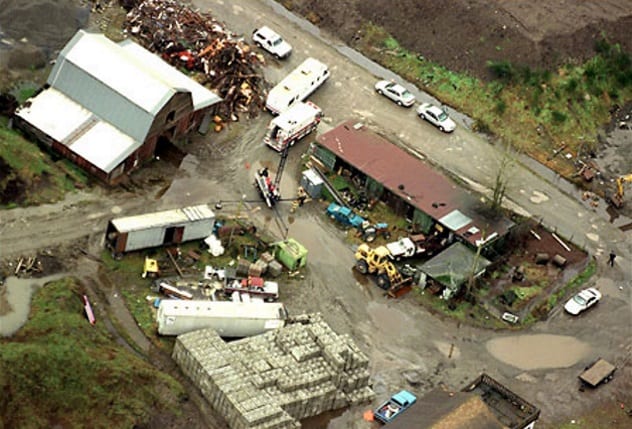 The Pickton pig farm, located near Vancouver, was a disheveled, creepy place that proved suitable grounds to scare the living hell out of anyone, especially once news of the massive killing rampage came out. As mentioned, Pickton and his siblings sold most of the farm, and when all was said and done, he was left with a 6.5-acre piece of property where he would do his dirty work. The property was strewn with scrap metal, nonworking cars, random trucks, and the like; in short, it was a scene out of one of the modern remakes of the Texas Chainsaw Massacre series.[4]

There’s something about eerie, rustic scenes of death and violence that makes us cringe, and the Pickton pig farm was definitely that. It’s reminiscent of Ed Gein’s house of horror and dismemberment in Wisconsin. Scrap metal, blood, and rust always seem to make for the darkest scenes in real-life horror, don’t they? 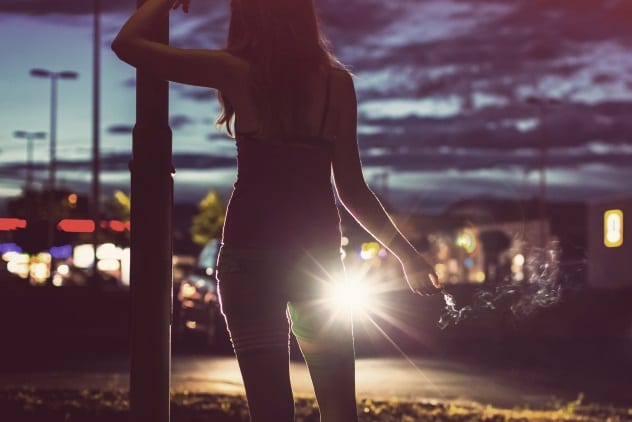 There is no definitive line for Robert Pickton where authorities can say for certain that he began killing. The possible time frame for his murders is a long stretch, starting way back in 1978 and ending in 2001, though he would be convicted of murders that took place between 1997 and 2001. A bare minimum of 65 women disappeared from Pickton’s preferred Vancouver hunting grounds between 1978 and 2001, and even after the largest investigation in Canadian serial killer history, we’re still uncertain which was the first Pickton murder.[5]

Diana Melnick was a young Canadian woman who disappeared in 1995 and is the earliest victim that police connected to Pickton, though authorities didn’t have enough evidence to ever bring the pig farmer killer to trial for her murder. She was 158 centimeters tall (5’2″) and 45 kilograms (100 lb), a drug user, a partier like Pickton, and probably a prostitute. Melnick’s DNA would be found at several locations throughout the Pickton farm, though a search of the entire grounds of the pig farm would turn up no remains of Diana’s body. 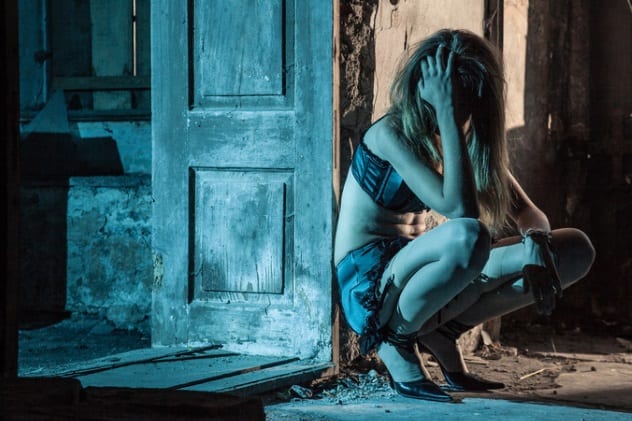 The Downtown Eastside district of Vancouver was where Pickton took most of his victims, usually prostitutes, from.[6] Downtown Eastside is sort of like the red-light district area of Vancouver, where lots of illicit drug use, particularly of opiates like heroin, goes down. And with this underbelly of inter-city crime comes pimps and prostitutes, leaving the pig farmer killer with no shortage of victims to prey upon. Most of the people Pickton killed and is alleged to have killed had a history of legal problems pertaining to prostitution.

Like many serial killers, Pickton chose these women because the majority of them were from out of town and would not have families they would be in contact with regularly. In other words, the chances were low that anyone would immediately notice if they went missing. 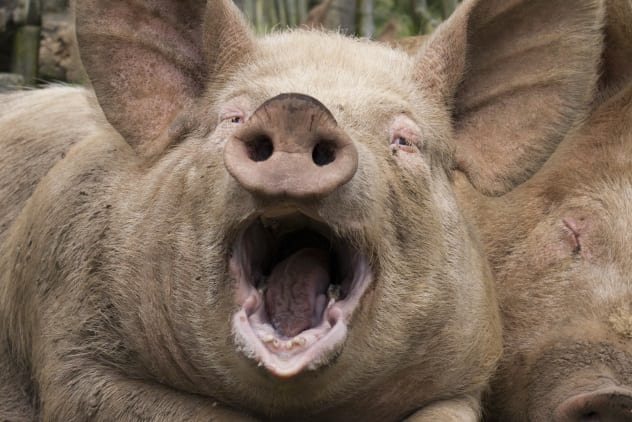 Robert Pickton had an unusually bizarre method of disposing of his victims, which, in the end, made it extremely difficult for authorities to convict him: He fed their corpses to pigs. Pickton was suspected of luring women to his pig farm and killing them, strangling them with a piece of wire or shooting them with a firearm in a rural pig farm with no one around to hear the poor women scream.[7]

Having a pig farm turned out to be very handy in this endeavor. Pigs will eat through a human corpse without much of a problem, but having the pig farm meant that Pickton had his own meat processing facilities on his property. Pickton had the means at his disposal to get rid of a corpse quickly and easily, with little, if any, trace of them to ever be found.

In 2012, an elderly Oregonian pig farmer was eaten by the pigs on his estate. (It is unclear if the pigs actually killed him or simply ate his body after he, say, had a heart attack while in their pen.) Initially, the man’s dentures were found alongside the pigs, and then later, the rest of the farmer was located—the very little of him that was left. Pigs have absolutely no problem eating a dead body. Sometimes, people are attacked while alive, which adds a whole new layer of terrifying thought to the equation: What if Robert Pickton fed some of his victims to pigs while they were still alive? We may never know. 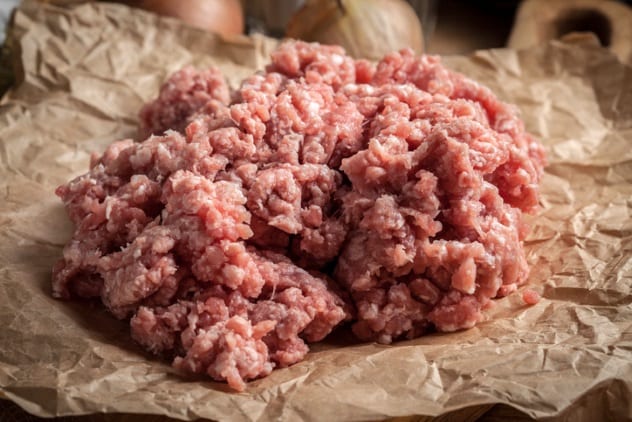 Now here’s where the story takes a particularly gruesome turn: Not only did Pickton dispose of his victims in one of the most grisly fashions imaginable by feeding them to pigs, but he also is alleged to have done something else with their bodies, something so vile and unthinkable that it’s straight out of a work of fiction. Robert “Willie” Pickton reportedly ground up some of his victims into mincemeat, mixed them with pork, and sold the meat to unsuspecting people.[8] In a strange twist of events, he is said to have even possibly sold this meat to local police officers.

It would be a tragic, dark, and twisted irony if the very people who were supposed to be catching this madman were unwittingly eating the victims of his crazed murder spree. The rumors of Robert Pickton’s human-laced meat were written off by local police as just hearsay. Considering Pickton’s character and weird, strange demeanor, described by an old employee of his pig farm as erratic even when signs of substance abuse were not present, is it too hard to believe that Pickton found macabre humor in the idea of feeding his victims to both pigs (the animals) and “pigs,” the derogatory North American slang for police? 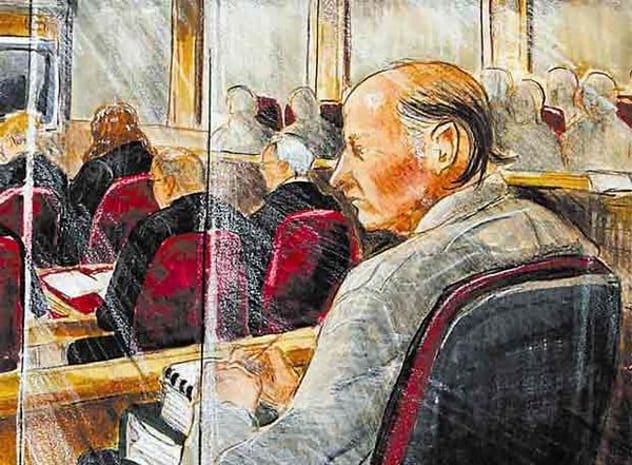 Because of his particular methods of disposing of the corpses, Pickton left very, very little in the way of evidence for police to collect and use against him. His methods were so effective that while he himself claims to have killed 49 people, he was only convicted for six murders.

After authorities descended upon the property to execute the search warrant, police would spend the next several weeks investigating the scene, and on February 22, 2002, they took Pickton into custody on two counts of first-degree murder, for the deaths of Mona Wilson and Sereena Abotsway.[9] He would be brought up on charges again on April 2 for three more victims and again for a sixth on April 9.

Nine more murder charges would follow over the remainder of 2002. Later, in 2005, 12 more counts of murder would be raised against Pickton as the evidence seemingly began to pile up. In 2007, one charge was dropped due to lack of evidence, and Pickton’s six convictions came in December. Authorities would eventually stay the remaining 20 cases in 2010. Pickton only saw six convictions in the end. 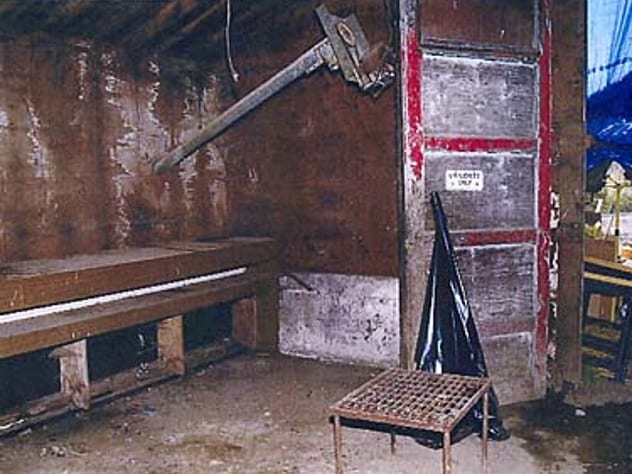 In total, there was a massive discrepancy between the amount of people Pickton claimed to have killed, not to mention the amount of DNA of missing persons found on the pig farm, and the total number of convictions he ultimately received. The vast majority of the families of the victims of this pig-farming serial killer would never get closure, and most of the victims’ bodies would never be found. This is a testament to the power of the pigs and their gluttonous appetites.

In a bizarre twist of fate, Pickton would unwittingly give a confession while in custody after his arrest on February 22, 2002. At this point, Pickton had only killed 49 women, or so he said when he began talking. In a video-taped interaction, Pickton started confessing to all of the horrific murders that had taken place on the pig farm to his cellmate. Little did he know that the cellmate was actually an undercover officer.[11] Pickton was angry, furious, and disappointed with himself that he had only killed 49, saying he wanted to take one more life and “make the big five-O.”

I like to write about dark stuff, horror, murder, true crime, serial killers, philosophy, and history. This will definitely go on the two pages I own and operate, Serial Killer Memes and Murderworks Horror, which have a collective following of nearly 30,000 people.