Over the years, people have often been fascinated by human beings who live in ways that challenge the norm. Whether a matter of survival, unfortunate circumstances, or just being super creepy, some people don’t live quite like the rest of us do.

10 In A Stranger’s Closet 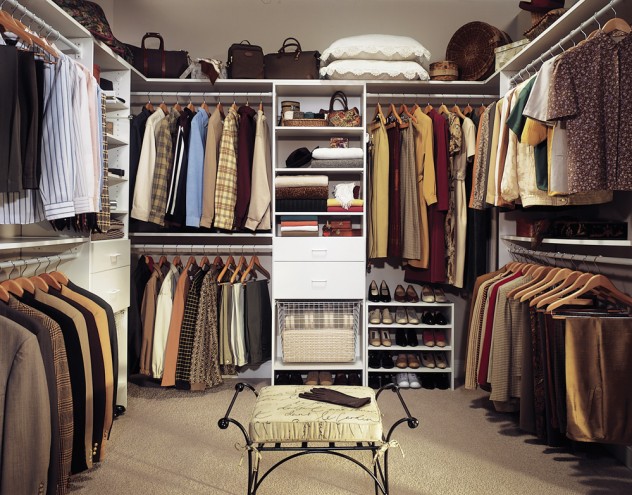 A 57-year-old man in Fukuoka, Japan was mystified when food kept disappearing from his kitchen. He rigged a surveillance camera that sent pictures to his mobile phone of an intruder in his apartment. When police arrived and searched the residence, they discovered 58-year-old Tatsuka Horikawa hiding in the upper compartment of a storage closet.

She moved a futon into the space and even took showers while the owner was out. The woman said she had nowhere else to live and first sneaked into the residence a year before because the owner had left it unlocked. She was charged with trespassing.

9 With A Dead Body 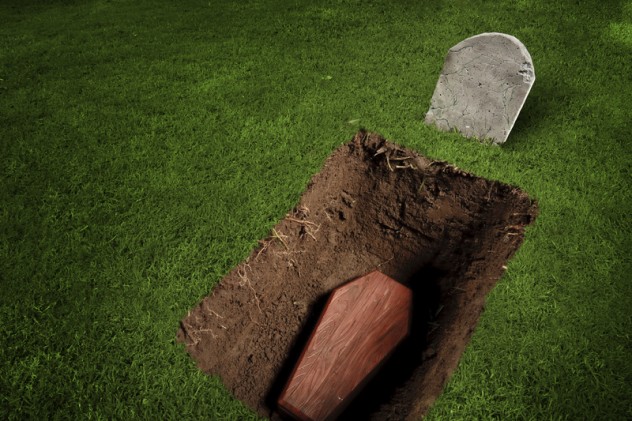 A woman in Michigan lived with her dead roommate’s body for up to 18 months because she was lonely. Charles Zigler was 67 years old and suffering from emphysema when he passed away. Instead of reporting his death, Zigler’s 72-year-old friend Linda Chase, with whom he’d lived for 10 years, propped his body up in a chair in front of the television.

She kept the body clean and dressed and talked to the mummified remains while watching NASCAR. Chase was investigated for social security fraud for continuing to cash Zigler’s checks after his death, but that doesn’t appear to be the motive for keeping her friend’s corpse. When asked why she had done such a thing, Chase said “I didn’t want to be alone. He was the only guy who was ever nice to me.”

8 In A Shopping Mall 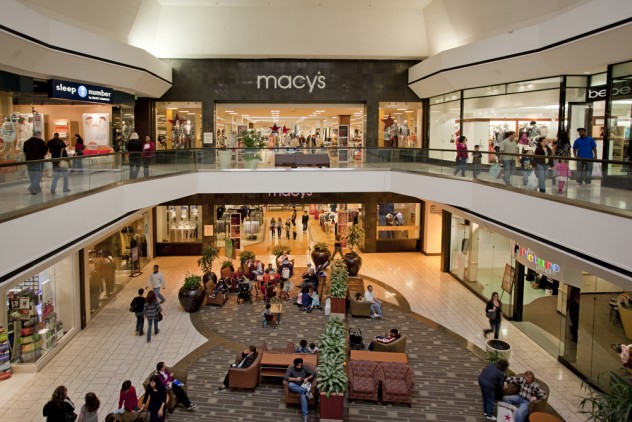 In 2003, Michael Townsend and several of his artist friends took over an unused space in a Rhode Island shopping mall. They managed to sneak two tons of construction materials into the mall to create their studio apartment, which was hidden from view by a wall of cinder blocks. The room had electricity and was fully furnished, though they used the mall bathrooms. They managed to go unnoticed—living in the space for up to three weeks at a time—for four years.

Townsend had plans to improve the space, but the group walked in one day and was greeted by security guards. Townsend said he was inspired by a holiday ad that said how great it would be to live at the mall. He claimed the apartment was an art project, and his goal was to “understand the mall and life as a shopper.” He was sentenced to six months probation for the stunt after pleading guilty to criminal trespassing. 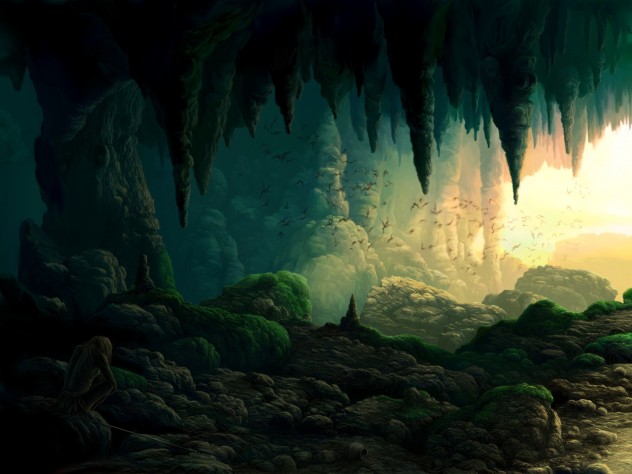 A 56-year-old man in New Mexico was found living in a cave on property that belonged to the Department of Energy. Roy Moore’s makeshift abode was equipped with a bed, front door, wood-burning stove, solar panels, and satellite radio. He’d been living in the cave for four years without being detected. Smoke from the stove finally drew the attention of the authorities, who also discovered marijuana plants on the property. Moore and his belongings were removed, and he was charged with misdemeanor drug offenses.

6 In An Ex-Girlfriend’s Attic 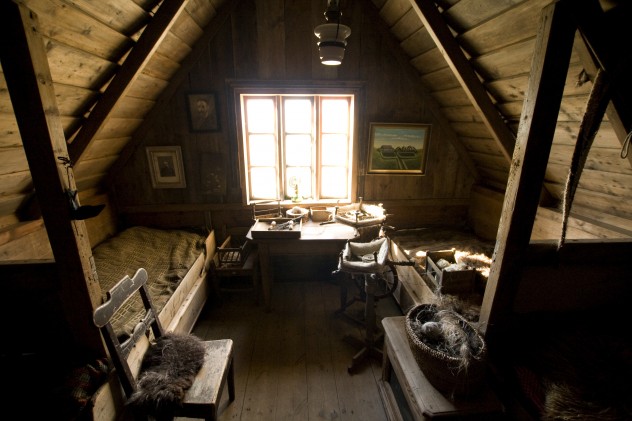 When a South Carolina woman heard noises coming from her attic, and nails began dropping from the ceiling, she had a feeling that “somethin’ just ain’t right.” When her grown sons investigated, they discovered their mother’s ex-boyfriend sleeping in a heating unit full of coats.

He’d been released from prison two weeks prior and had lived in the attic ever since. Not only was the woman unaware that he had been released, the couple’s relationship ended 12 years before. Adding to the creepiness factor, cups from a fast-food restaurant filled with human waste were found nearby. The man had also rigged the ceiling vents so that he could peer into his ex-girlfriend’s bedroom. 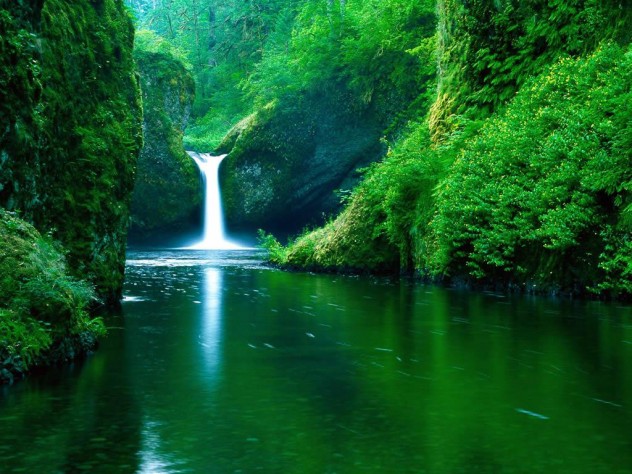 An eight-year-old Cambodian girl who disappeared with her sister while tending buffalo was found living in the wild after 19 years. A villager saw Roshom P’ngieng emerge naked from the jungle and attempt to steal his rice. He described her as “half human and half animal.” According to police, she had no intelligible speech. The villager and his friends caught the woman, whose father identified her by the scars on her arms.

Attempts to reintegrate the woman failed; she was unable to learn the local language, preferred to crawl rather than walk, and refused to wear clothing. She eventually fled back into the forest. Some are skeptical about whether this woman truly was Roshom P’ngieng. They believe it unlikely that an eight-year-old girl could have survived such harsh conditions on her own, and her father has refused a DNA test.

4 In A Mini Apartment 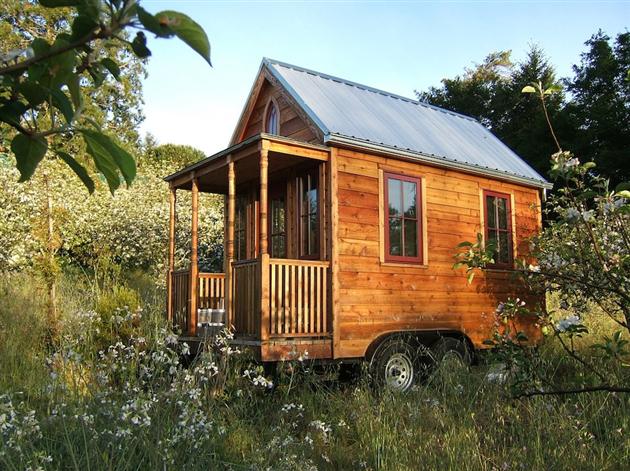 A 50-year-old man in Paris was found living in a small room with a slanted ceiling, which had only 1.5 square meters (17 sq ft) of inhabitable space. There was barely enough room to stand, and the man had lived there for 15 years. The rent for this minuscule living space was 340 euros a month (about $442). When asked how he coped with the accommodations, he told a French radio station, “I come home, I go to bed.” The landlord found himself in hot water because French law says apartments in Paris need to be at least nine square meters (97 sq ft) and must include a shower. 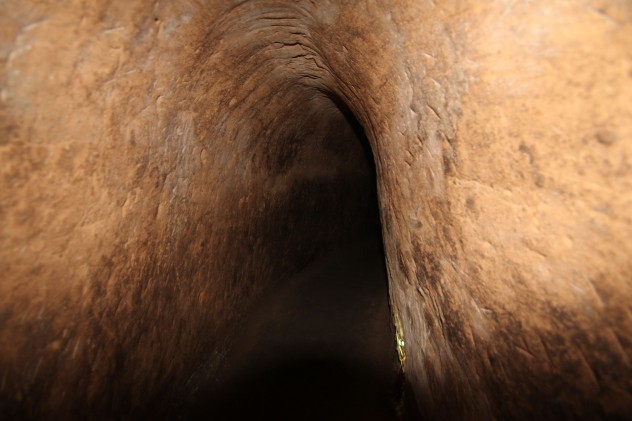 While investigating copper thefts at a nearby grain mill, police in Kansas City, Missouri discovered an elaborate series of underground tunnels where some of the city’s homeless had taken up residence. The tunnels were dug in a wooded area and ventilated with PVC pipe; the entrances were disguised by brush and other debris. One tunnel was as deep as 7.5 meters (25 ft) and led to a room with bedding and candles. A pile of diapers nearby led to concerns that there were children living down there. The tunnels were cleared out and shut down because the living conditions were unsafe, and the incident sparked debate about the city’s homeless situation.

2 In A School Bus 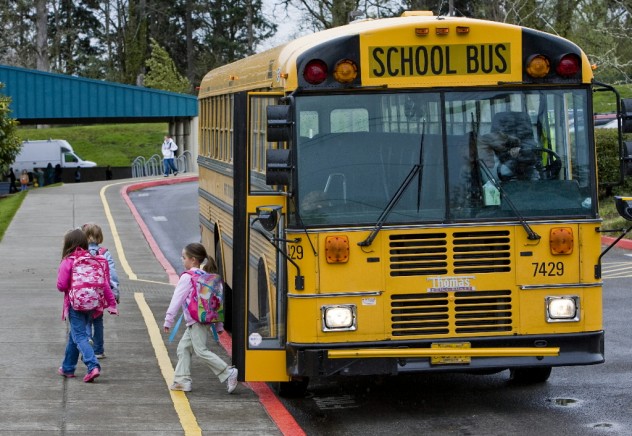 A postal worker in Texas became concerned when she kept seeing two unkempt children on her route and contacted child welfare. The girl and boy, aged 11 and five, were living alone on an abandoned school bus parked in a garbage-strewn lot. Their parents were in prison for taking part in a conspiracy to embezzle money from victims of Hurricane Ike. The bus had electricity, running water, an air-conditioner, and bathroom facilities, but the children were essentially on their own.

An aunt was supposed to be looking after them, but she was working 12-hour shifts and overwhelmed, leaving the children unsupervised. They weren’t enrolled in school, had little food, and were dirty. They were taken into custody by child welfare. Once released from prison, the parents regained custody of the children and were reportedly working hard to improve the living conditions on the bus. 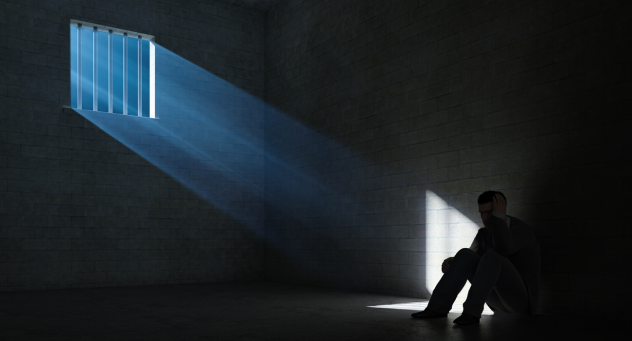 In 1978, a team of geologists in Siberia were stunned to discover a family of six living on a mountainside, miles from the nearest civilization. The Lykov family fled religious persecution in 1936 and lived in the wild for the next 40 years. The two youngest children had never seen a human being that wasn’t a member of their own family, but they were aware of their existence. Their language was distorted due to the isolation, and they had never seen bread.

In a single room, the family survived on a diet of potatoes, ground rye, and hemp seeds and hadn’t eaten meat until the late ’50s when the younger boy taught himself to trap. Their shoes were made of bark, and their only reading materials were prayer books and a family Bible. In 1961, cold weather destroyed the family’s crops, reducing them to eating bark and shoe leather. Their mother died of starvation during this time, making sure her children had enough to eat. After their discovery, the Lykovs remained in their remote home, accepting only a few useful items.

Three years later, three of the Lykov children died within days of each other. Their father died in 1988, leaving Agafia (the only remaining child) alone on the mountain, where she has chosen to stay for another 25 years.

Caroline Coupe spent eight years travelling the world working on cruise ships and is currently settling into land life. Experiencing so many interesting places and people has inspired her to get writing.