There are several reasons that we have so many laws about moving animals between countries. Disease is a major one, of course, and animal welfare is another. People who want to smuggle animals from country to country are often very determined—whether they stand to make a lot of money, or they’re just transporting the family pet. And we all know how tight security is these days, so they have to get really creative. 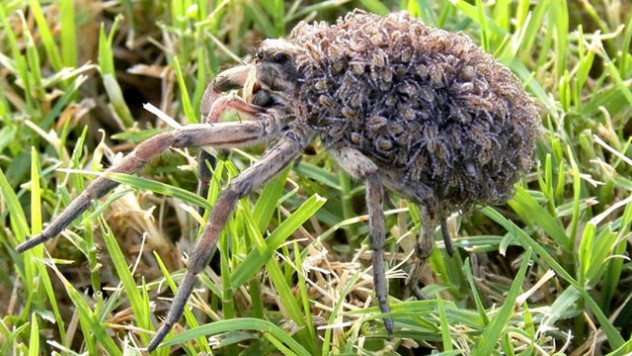 Lee Arden runs The Spider Shop in Wales, the UK’s largest arachnid shop. When he was on his way from Brazil to London, his luggage was searched and almost 1,000 spiders were discovered, many of them rare tarantulas. He had two suitcases, each filled with individually packed spiders.

He had purchased each one for about $5 and was going to sell them for 10 times that amount. Now, instead of earning a cool $50,000, he faces a $684,446 fine and up to six months in prison. The spiders were sent to Brazil’s National Museum to be studied. 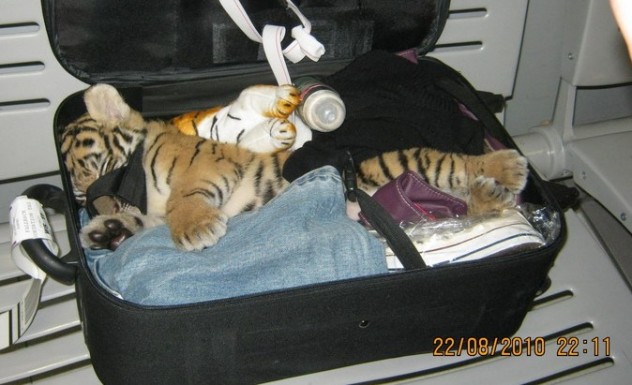 Piyawan Palasarn attempted to smuggle a sedated, two-month-old tiger cub through an airport in Bangkok, but when airport security saw that she was having trouble moving her bag, they got suspicious and thought it best to take a look.

The woman had filled the bag with tiger toys to make the cub look like just another toy. What she didn’t factor in is that most tigers have bones, and when her bag was X-rayed, the tiger blatantly stood out from the decoys. The penalty for her crime could be up to four years in prison and a $1,300 fine. 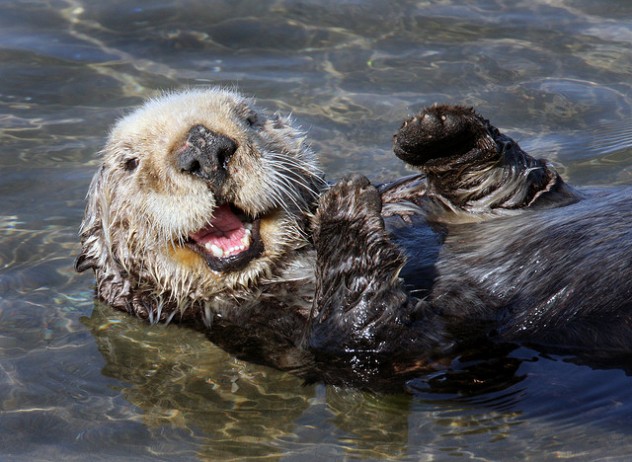 Anyone who’s been in an airport knows the two cardinal rules of airport behavior: Never let anyone touch your bag, and never leave your bag unattended. So when officials at the Suvarnabhumi airport in Thailand spotted a large, abandoned piece of luggage, they decided to investigate. A scan showed that the bag was full of bones and fur; it was opened, and officials found 11 otters inside: five Asian small-clawed otters and six smooth-coated otters.

Otters are often smuggled for their pelts, meat, other body parts (for medicine), or to be sold as pets. In this case, officials believe they were going to be sold into the circus. The bag was unmarked, and security footage was little help, so it’s likely the perpetrators will never be found. Still, the otters seemed fine and were sent to a breeding center after being checked out. 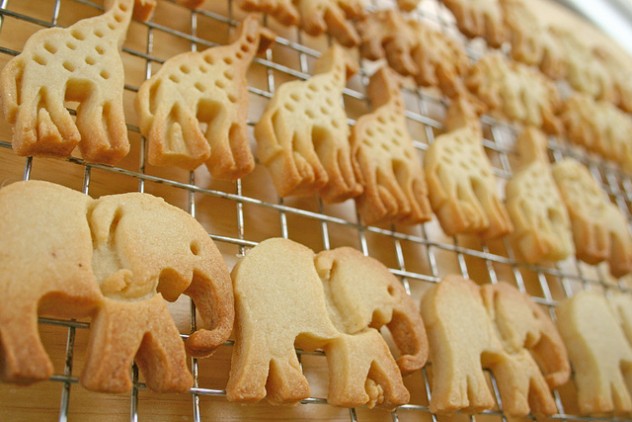 A man was caught at Bulgarian customs trying to smuggle what amounted to a small zoo on a bus from the Czech Republic. He had packed animals in boxes which were kept among the passenger seats as well as the luggage compartment. Some of the animals were small and harmless: 49 turtles, 15 chameleons, and a number of crabs and insects. Others weren’t so innocent, such as pythons and poisonous tree frogs.

Then things just get ridiculous—he also had four crocodiles and no less than six komodo dragons, the largest lizards on the planet. Despite having traveled 1,500 kilometers (932 mi), the animals were all fine and given to the Sofia Zoo. 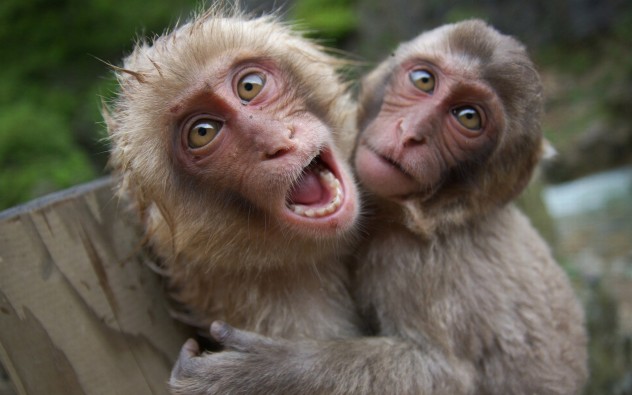 Roberto Cabrera probably thought he was home free when he landed in Mexico City Airport, having smuggled 18 endangered titi monkeys from Peru. The hardest part was already over. He’d gotten through security in Peru, and now all he had to do was collect his bags and walk out without drawing the attention of customs officials.

But Cabrera took the monkeys out of the bag, attached them to the inside of his clothes, supposedly because he was afraid X-rays would hurt them. He was pulled aside after someone saw him acting suspiciously, and his cover was blown. Despite his apparent concern for their well-being, two of the animals were dead by the time he was searched by security. 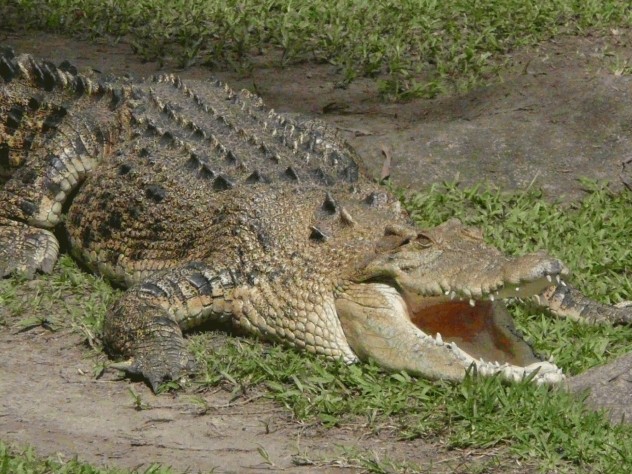 A crocodile crammed into hand luggage on a Democratic Republic of Congo flight somehow broke free and ran amok. Unfortunately, this was a light aircraft, and when its passengers saw the animal, they all ran to the other side of the plane, throwing it off balance and causing it to crash. The crocodile and one person survived, but 20 others died. It’s unknown which of the passengers smuggled it onboard, but the crocodile was later slaughtered with a machete. 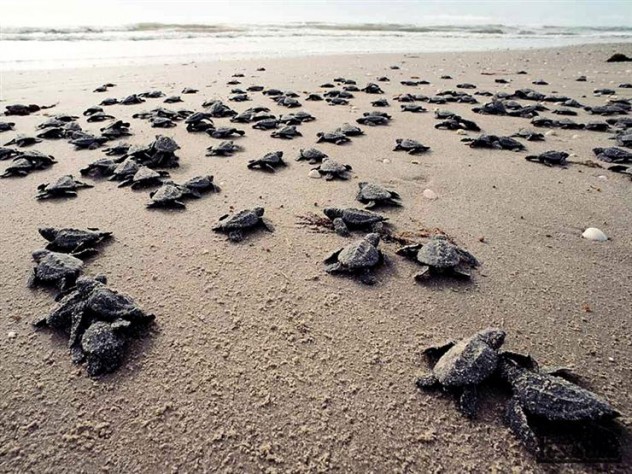 Two men were arrested in an airport in Kolkata in July. Airport officials had noticed a few suspicious-looking bags on a conveyor belt, so they examined them. Inside, they found thousands of sea turtles. It hasn’t been confirmed why the passengers were smuggling the turtles, but most reports believe it was for their meat. Luckily, there wasn’t a single reported death among the reptiles, which are endangered. 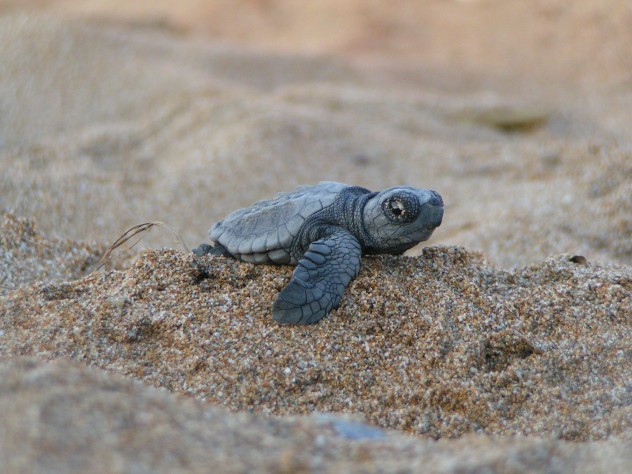 The way Mr. Li tried to smuggle a turtle through the international airport in Guangzhou is pretty ludicrous. He bought a meal at KFC, disguised the turtle as a burger, and packed it in the bag before heading through security. The bag was scanned—at which point the staff noticed something was amiss.

They asked a number of times if his hamburger was actually a turtle, which he denied every time, eventually allowing them to take a look. They took out the mayonnaise-covered pet, which Li was only smuggling because he couldn’t bear to be apart from it. Li was allowed to board the plane, but the turtle had to stay behind with one of his friends. 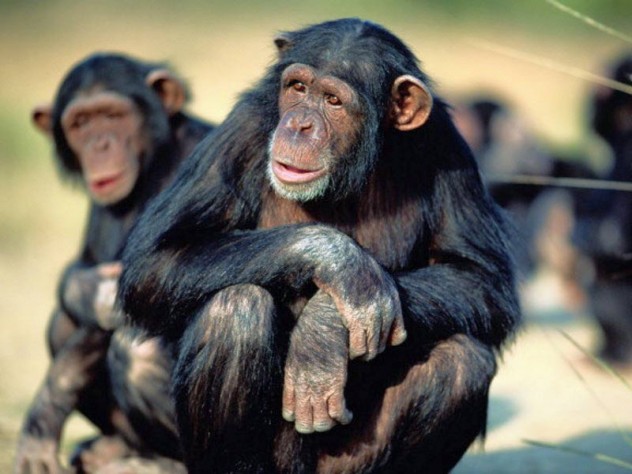 An unnamed man was on a flight to New York when other passengers noticed something a bit out of the ordinary—he had a marmoset monkey on his ponytail. He had flown from Lima, Peru, and although he hid the monkey under his hat for most of the trip, officials in New York had no idea how he managed to bypass Peru’s security. Needless to say, the monkey was confiscated and had to spend a month in quarantine to check for diseases before it could be donated to a zoo. 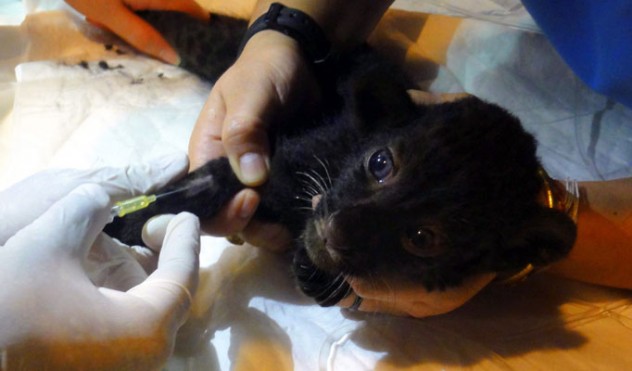 While on his way from Bangkok to Dubai, airport officials opened Noor Mahmoodr’s bag when he checked it in—only to find two leopards, two panthers, and an Asiatic black bear. All were cubs, and all were sedated in addition to being placed in flat cages or canisters to prevent them from moving. He also had another bag with two macaque monkeys inside, but he had abandoned it when they became too noisy.

Simon is a 22-year-old university graduate who likes to adhere to Irish stereotypes, such as drinking and loving the potato. You can follow him on twitter, or like his extremely long tongue on Facebook to see if he can break the world record.