No one has actually bothered to give the word “tree” a specific definition. As it turns out, there’s quite a lot about trees that the average person doesn’t know. Trees are far more than their basic definition, and they just might surprise you. 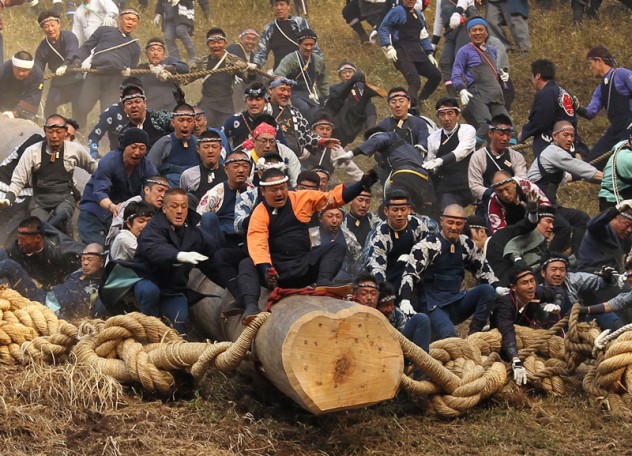 Have you ever wanted to sit on an enormous tree trunk and slide out of control down the side of a mountain? What a ridiculous question—of course you have. During the Onbashira festival that occurs every six years in Japan, they do just that—and have been for the last 1,200 years. The trunks are used as pillars at the corners of local shrines, but custom dictates they be replaced every time the Chinese zodiac year of the monkey or tiger rolls around (yes, even though they’re Japanese).

The logs are chosen from fir trees, which are felled and dragged by hand to their destination. When a slope is reached, local men hop aboard and careen to the bottom to test their bravery. The process is as dangerous as it sounds, with people regularly being injured and killed. Despite this, it’s incredibly popular, attracting over half a million attendees. The dramatic hill riding is just one part of the several-month process of moving the logs, which is filled with numerous festivities.

And before you ask, yes, there are videos. 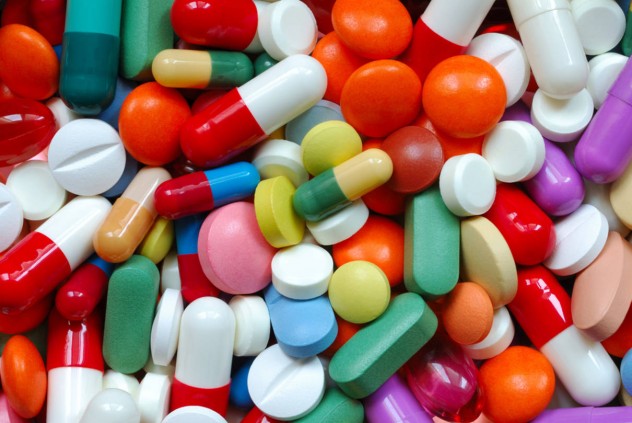 You might know that aspirin was originally developed from willow bark, but it’s certainly not the only plant-related drug. As with all plants, trees are a rich source of various biological compounds, so it makes sense that we’d be able to find a few chemicals that are useful to us. Some chemotherapy drugs are made from yew clippings, and if you live in the UK and have a yew tree you aren’t using, you can even donate some of it.

Another drug produced from trees is ecstasy. In Cambodia, a tree known as “mreah prew phnom,” which has no common English name, has become critically endangered due to the illegal drug trade. Four of the trees produce a barrel of safrole oil, an ingredient that is synthesized into pills in laboratories.

The process is dangerous—the distilleries needed to extract oil from the trees’ roots are known to explode. In addition, the environmental impact is devastating. Not only is the tree critically endangered, but the the Cambodian forests being stripped are host to other threatened species, such as the Asian elephant, a concern that oddly seems to have slipped the minds of ferocious drug cartels. 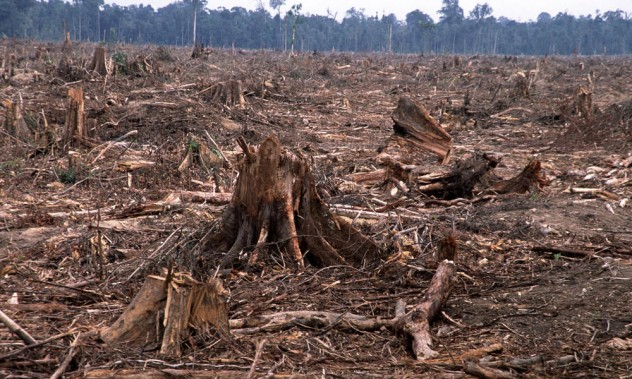 One of the key environmental themes to bear in mind with all this talk of illegal logging and the illegal prevention of logging is the impact on the wider planet. Conventional wisdom is that cutting down trees will accelerate global warming. It makes sense—trees take in carbon from the atmosphere, and as they’re destroyed, that carbon is returned. But, as is often the case, reality is more complicated.

Scientists from UC Davis conducted a study that found that if forests are lost north of 45 degrees latitude—north of Montana in the US or Bordeaux in France—the net effect would actually cool the planet. This is due to the fact that forests absorb heat from the sun during the day and retain it at night, while clear areas with snow reflect the sun’s energy back into space. However, the scientists are keen to point out that forests have other benefits, so there’s no need to put your newfound tree-sitting plans on hold just yet. 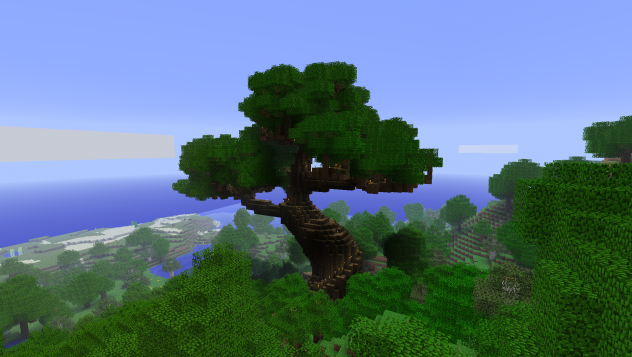 Ash dieback is a tree disease currently spreading rapidly throughout the UK. Some experts think London’s trees could be devastated if the outbreak reaches the city. Scientists have taken to mobile technology and social media to aid in the fight the disease. In 2012, they launched the puntastically named AshTag, an app that allowed people to photograph and report the location of diseased trees.

A more novel crowdsourcing effort is the Facebook game Fraxinus. The game uses genetic data from trees to create puzzles, and solving them actually involves processing the data in a way that can speed up the discovery of what we need to know to breed trees with a resistance to the disease. It’s estimated that it could cut decades off the time it would’ve taken normally, so why not have a go? You might as well. Reaching level 350 of Candy Crush isn’t going to cure cancer, is it? 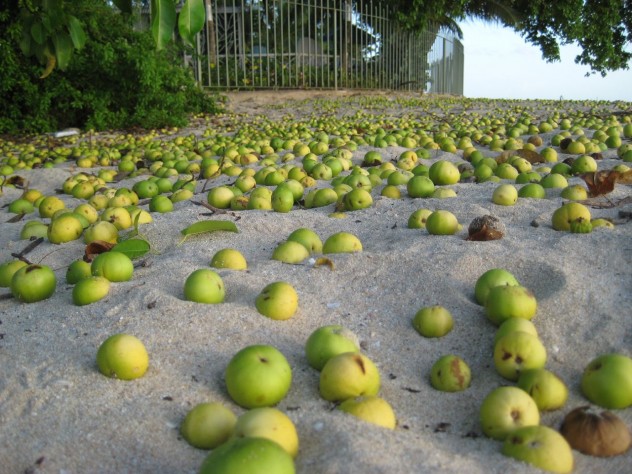 There’s an official Guinness World Record for “World’s Most Dangerous Tree,” and it’s held by the manchineel tree from the Caribbean and Gulf of Mexico. The manchineel’s bark is covered in sap that causes skin to blister and can blind a person if it gets in their eyes. Even standing under the tree in the rain can cause blisters because the sap will drip onto skin.

The tree’s fruit, known as the “beach apple” or “death apple,” is slightly sweet but very painful to eat. Ulceration of the mouth and esophagus will occur from just a small bite and consumption can be lethal. Smoke from burning manchineel wood can cause blindness, and the sap has historically been used to coat arrows for hunting. Today it’s an endangered species in Florida. 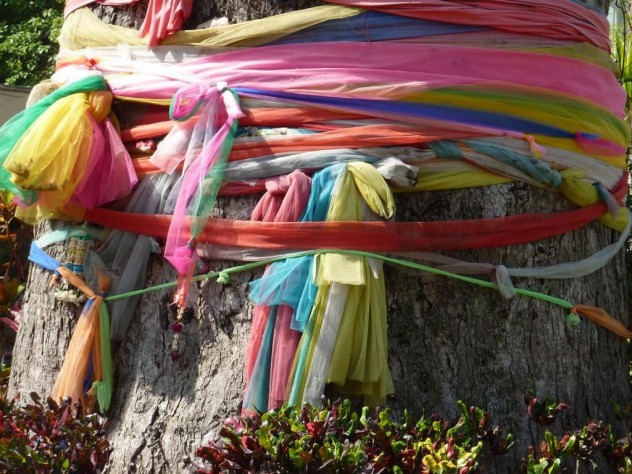 The religious significance of trees in the West nowadays tends to be reserved for Christmas. Historically, trees have been popular symbols of fertility and growth. Their majesty, combined with the seasonal display representing death and rebirth makes trees a natural choice for symbolism. Also, they look so darn pretty smothered in tinsel and twinkly lights.

In India, more traditional tree worshiping persists to this day. The sacred fig, or Ficus religiosa, shows its purpose with both its English and Latin names. It’s one of several trees revered in Hinduism, originating from a belief that trees had some level of sentience. Leaves and other parts of trees play a role in prayer and religious ceremonies throughout India.

The tree Sri Maha Bodhil is the oldest surviving tree whose planting date we know. It was planted in 288 B.C. and can be found in a Sri Lankan temple. It represents happiness and everything else that makes for a long, good life. 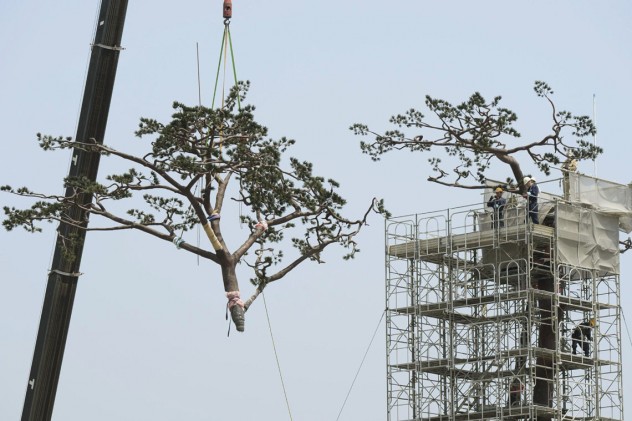 The town of Rikuzentakata, on the east coast of Japan, was almost completely destroyed during the 2011 tsunami. Though the town was home to fewer than 30,000 people, over 2,000 were killed there, a tenth of the tsunami’s total victims. Before the disaster, the town’s coastline was home to 70,000 pine trees, which were designated an official “Place of Scenic Beauty.” After the wave hit, only a single tree remained alive.

The 250-year-old pine, naturally dubbed a “miracle,” survived the initial destruction, but exposure to salt water killed its roots. Experts removed the tree and created synthetic roots, along with a metal skeleton, to keep it alive. The tree served as a symbol of hope for the shattered community, and the town’s mayor, made a widower by the tsunami, was quoted as saying, “the miracle pine gave us the strength and hope to carry on living.” 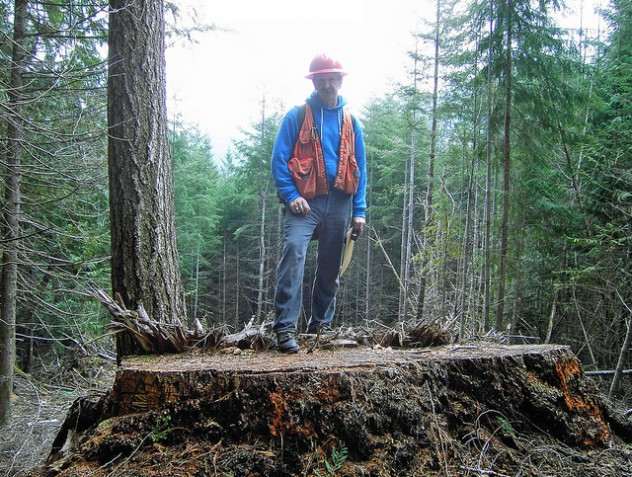 Stealing trees has got to be a hassle. Trees are quite large, and if they’re not, then they’re hardly worth stealing in the first place. You need resources to steal a tree, yet it’s a surprisingly common crime for one reason: Wood is big money.

A report from 1996 showed that $1 million worth of lumber was stolen each month in Washington State alone. More recently, thieves in Canada stole a massive, 800-year-old cedar tree in a heist that required heavy-duty logging equipment. This wasn’t an isolated incident, and it’s a big problem for US national parks.

Science, as usual, has provided a handy tool for catching these thieves. As living organisms, trees have DNA fingerprints the same way people do. Investigators in Indiana were able to match the DNA of a stump to logs at a lumber mill. Unfortunately, many land owners don’t notice their trees have gone missing for a long time, so poachers are unlikely to be put off. 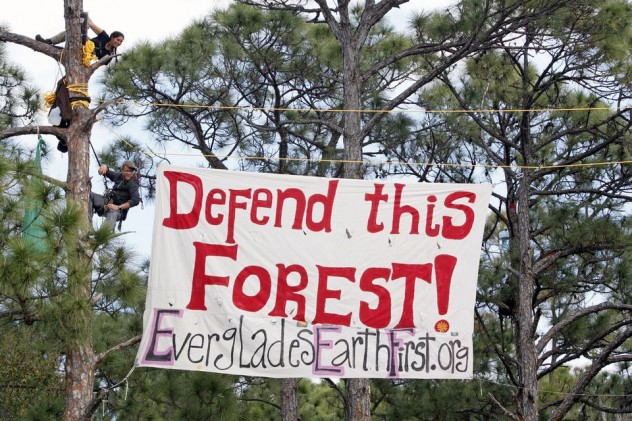 On December 10, 1997, environmental activist Julia Hill climbed a redwood tree in California to protest logging practices by the Pacific Lumber Company. She stayed there until December 23, 1999, setting a record for the longest tree sit. Tree sitting, which is pretty much what it sounds like, is a popular form of protest with environmentalists around the world.

Tree sitting is popular mainly because it’s difficult to arrest and evict people when they’re so far above the ground. Tree sitters will often link several trees together with ropes to create a village of sorts, and locals aren’t averse to flocking to their aid with supplies. The protest is such an effective nuisance that Oregon recently passed a law allowing logging companies to sue protesters, though a similar law that would make tree sitting a felony punishable by up to five years in prison failed to get past the Senate. 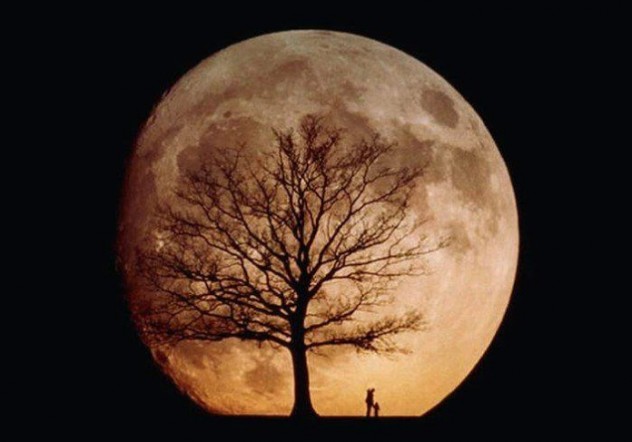 In 1971, astronaut Stuart Roosa took 500 seeds aboard Apollo 14 as part of his personal luggage. In his earlier life, Roosa had been a smoke jumper, someone who parachutes into burning forests to fight fires (people with the balls of astronauts had to find something to do before space travel came along).

The US Forestry Service gave the seeds to Roosa to take with him because of his earlier career. The seeds orbited the moon 34 times aboard Apollo 14’s command module—Roosa never walked on the moon himself. When he returned to Earth, the seeds were planted, and five years later, saplings were sent all around the country (and even overseas) as part of American bicentennial celebrations.

Shortly after that, everyone forgot about them. It wasn’t until 1997 that they were rediscovered—by a bunch of schoolkids. Cannelton Elementary School in Indiana had a tree on their grounds with a “Moon Tree” plaque, but no idea what that meant. They called NASA, and no one there had any idea either. Their inquiries prompted scientist Dave Williams to do some digging, and he was able to root out the tree’s history. He’s since collected details on over 50 of them. There are likely hundreds more around the world, so if you know of any, you can email him and help reconstruct a piece of history.

For those of you seeking the key to tree superpowers and thinking “outer space,” we’re sorry to inform you that the moon trees have been compared with trees from their sibling seeds that never left Earth and found to be no different.

Alan is an aspiring writer trying to kick-start his career with an awesome beard and an addiction to coffee. You can read some of his non-list writing here or you can email him here.

10 Most Surprising Christmas Traditions And Tales