But sometimes, devices will surprise you by not only having an excellent secondary feature, but by having one that can trump or perform better than purpose-built, more expensive pieces of technology. 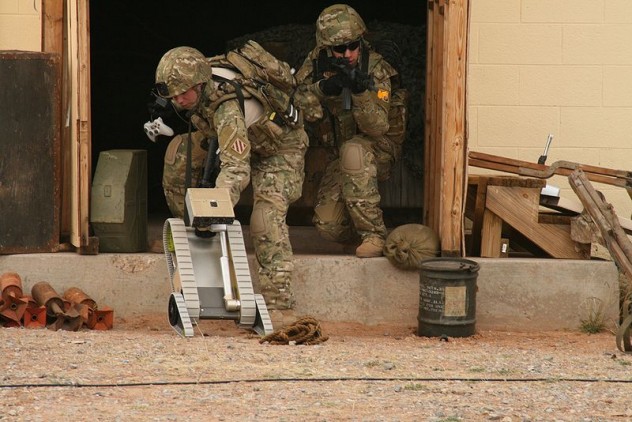 The US Army, instead of spending millions developing controls for their devices, use Xbox and Wii controllers to control their drones. Since they’re so well designed and intuitive, there’s virtually no point in using anything else.

In a British Army recruitment video, an eagle-eyed viewer noticed a split-second shot in which a soldier uses what appears to be an Xbox controller to control a drone. When he wrote to the Army asking why, they claimed that it wasn’t an Xbox controller. They just so happened to invent/use something that was exactly the same because it was better than whatever alternative they happened to have at hand.

Of course, this also means that war is becoming increasingly like a video game, but as long as our army is better at that video game, we’ll probably be okay. 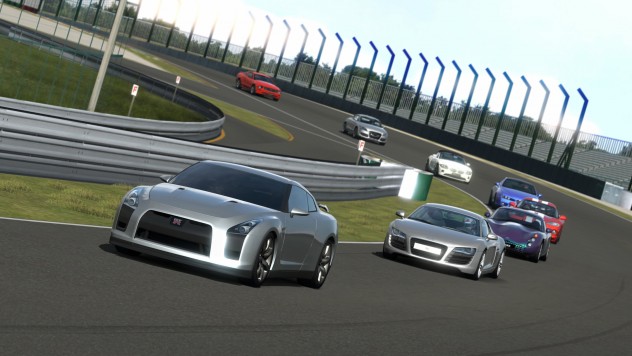 Unlike the other entries on this list, this is a game rather than a piece of hardware. The Gran Turismo series is unique in that it’s spent years perfecting itself as a driving simulator. It is now so realistic that it trounces actual real driving simulators, to the point where actual race car drivers use it to train for races. In fact, graduates from GT Academy, a school were the best players are honed in Gran Turismo simulators, have been banned from amateur racing events due to the fact their training in Gran Turismo gives them too big of an edge.

8The Wii Balance Board 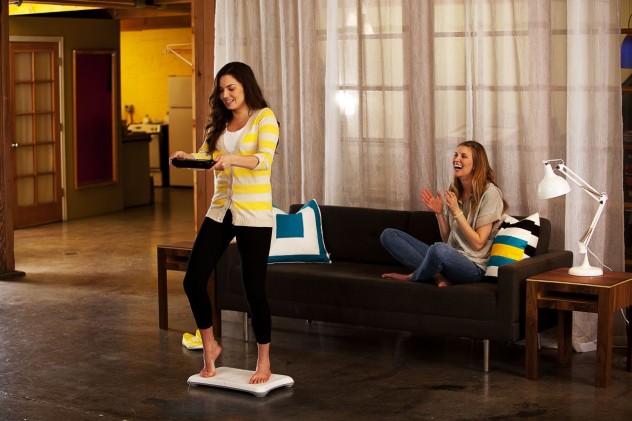 The Wii Balance Board, despite being a toy, is the easiest way to accurately check your center of pressure. You may be wondering what  your center of pressure is—it’s basically just how you stand when relaxed. It’s something that’s super important and it can affect everything from your gait to how prone you are to falling over. Putting too much pressure on one leg or foot can lead to several nasty problems. To detect and correct this you need either highly specialized equipment or just a Wii Balance Board.

According to a study conducted by the University Of Nevada, the Wii Balance board isn’t just a brilliant way of checking this, it’s virtually the only machine on the market that can do so that isn’t a professional, clinical grade machine costing thousands of dollars. In fact, the Wii is so good at measuring this that the study advises doctors to use the device as a cheaper alternative.

But here’s where the Balance Board trumps the other machine: Not only can it be used to discover a person’s center of pressure with a simple hack, it’s also super useful in helping people being rehabilitated after things like strokes, something the other machine obviously can’t do. 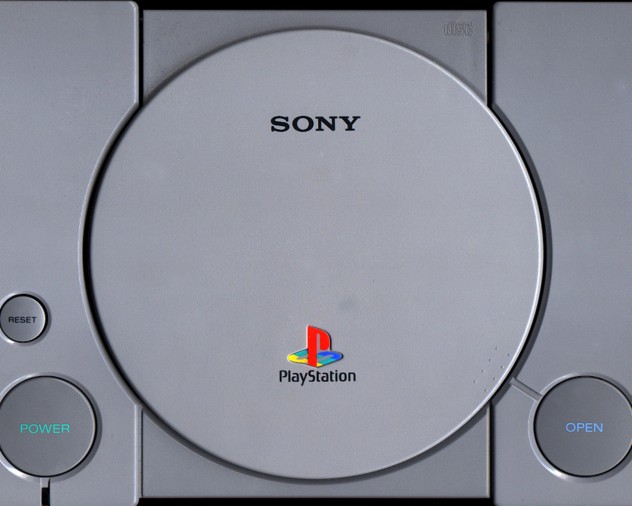 The PS3 had a built in Blu-ray player, the PS2 had a DVD player and the PS1 came with an inbuilt CD player. At the time of each console’s release, each of these devices on their own would set you back several hundred dollars. Amazingly, the CD player on the PS1 isn’t just good—audiophiles swear by the machine, claiming that it is simply the best CD player money can buy, even holding its own against thousand-dollar equipment designed for the express purpose of playing CDs—also built by Sony.

For example, in one review, an audiophile compared a Playstation console (a device you can buy for like $20) to his brand new, “Class A+ rated” Sony CD player, and the Playstation held its own. How does that even make sense? Why would anyone buy anything else? 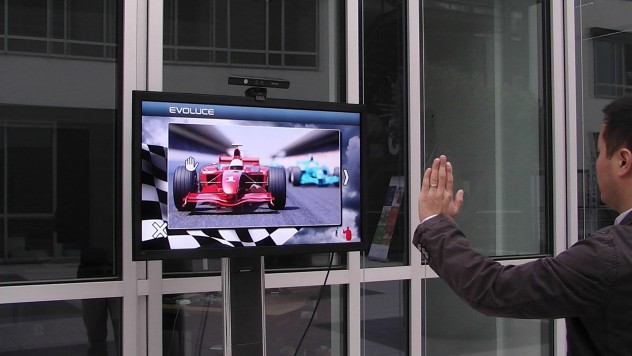 Despite being years old and costing just a few hundred dollars, the tech behind the Microsoft Kinect is insane. The 3-D-mapping software in the device is able to accurately and cheaply map huge areas. Though the device can only map an area several meters in front of it, its light weight means it can easily be rigged to a portable handheld device to map an entire area for a fraction of the price of a comparable, LIDAR device. In fact, archaeologists have already started using the Kinect device in their work, for exactly that reason.

Though the Kinect lacks the raw grunt of a LIDAR machine, its portability more than makes up for it. Plus, being able to buy 30 of them for the price of renting a LIDAR machine is a pretty sweet bonus. 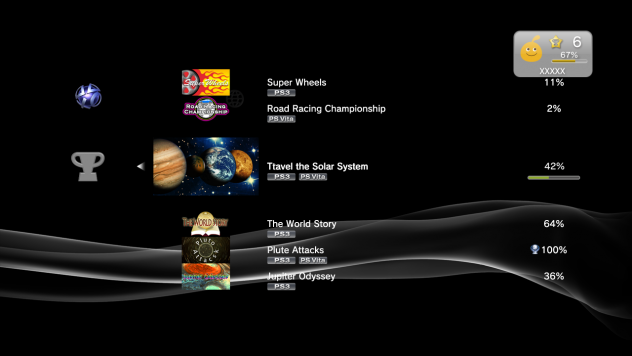 Not to be outdone by its grandfather, the PS3 also has an ace up its sleeve: It can be used as a makeshift supercomputer that rivals rigs thousands of dollars more expensive in terms of power—providing you have a few of them and the know-how to wire them together.

For just $4,000, you can build a supercomputer of immense power by linking together several dozen consoles. Though that may seem a little steep, we should point out that you normally need to rent time on a supercomputer for a dollar an hour. Again, that seems cheap, but when you realize a single calculation or simulation can take thousands of hours, it quickly becomes apparent that the PS3 supercomputer is a viable, cheaper alternative. Not to mention that it can be used to play Blu-rays when you’re bored.

In fact, because the PS3 was originally able to be loaded with Linux, clever people realized that they could outsource massive calculations to the millions of Playstations across the globe, and use their computational clout while inactive to solve problems like curing cancer. The researchers who developed the app that could do this calculated that just 10,000 PS3s working in tandem would rival the world’s most powerful supercomputer. However, since Sony stopped people from being able to install Linux on their console, this is no longer the case.

When we don’t cure cancer, you know who to blame. We mentioned that you’d expect a dedicated camera to be better than the camera bundled with your smartphone, but smartphones seemingly want to go down swinging. While their camera function may not always be up to snuff, their tethering function is.

If you happen to own a smartphone that can access the Internet, you may or may not know that you can use it as a portable modem for a laptop, PC, or games console. Of course, this isn’t the intended use of your smartphone—it’s just an added feature. However, this hasn’t stopped smartphone tethering from being more reliable than actual, dedicated USB modems.

Along with doubling as an actual phone, smartphone tethering can be cheaper than a USB dongle, since you get a phone along with Internet access. In fact, phones were so awesome at this that many companies in Europe stopped offering unlimited data plans almost purely because customers realized that they could simply pay a few dollars more for an unlimited plan and completely negate having to pay for a dedicated broadband connection at all. Since offering a great service for a decent price is an alien concept to phone companies, they instead capped data limits and made phone modems somewhat less useful.

However, they’re still noted as being superior to USB dongles in terms of price, portability, and the amount of data they can use (and we don’t think we need to point out that you can’t play Angry Birds with a USB dongle). A pedometer is used to measure the amount of steps one takes, but due to the fact that they usually just measure slight knocks and bumps, they’re notoriously unreliable. How do we know you walked 10 miles? How do we know you didn’t just strap it to your ankle and put on your most toe-tapping dubstep playlist, eh?

In an experiment involving several adults and several children (for accuracy) conducted by Iowa State University, the humble Pokewalker, which is most definitely a toy for children, trounced the competition—which consisted of pedometers built for actual accuracy. 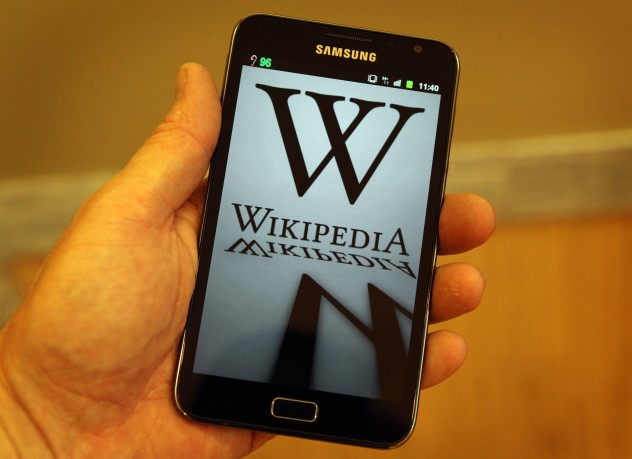 Though thousands of teachers across the globe, and even the site’s founder Jimmy Wales, have said that Wikipedia shouldn’t be used as a source, it still happens. But that’s okay: in tests, Wikipedia has shown that it is possibly a more accurate purveyor of facts than the Encyclopedia Britannica, the foremost fact dispensing book on Earth. We say “possibly” because Encyclopedia Britannica disputed these claims—however, the accuracy of Wikipedia was found to be rather high in the dozens of tests conducted measuring its accuracy.

Which is impressive, considering that Wikipedia is a dictionary, a quotes database, is published in like 40 different languages, and is available for free. When you consider all that, a few errors is understandable.

If you were take you phone out of your pocket right now and drop it onto the floor, chances are it would immediately crack or break. Unless, that is, you bought a product that specifically advertised itself as being more durable. But why should you have to pay more for a product that can survive everyday wear and tear? Nintendo also asked that question, which is why they intentionally design all of their products with longevity in mind and don’t charge you extra for it.

The Game Cube can be hit with a sledgehammer and work just fine. The Nintendo DS was specifically designed to be able to survive a 1.5 meter (five foot) drop onto solid concrete without breaking, and one of the company’s bigwigs wouldn’t let it go past the design phase until the design team could guarantee it could survive the drop at least 10 times. In fact, Nintendo products have such a reputation for being impossible to break through normal means that they spawned the term “Nintendium”—an all-purpose phrase given to pieces of technology that survive extreme punishment. For example, take the Gulf War Game Boy, an original Game Boy console that survived having a freaking bomb dropped on it.

But here’s the thing: Nintendo never advertises their products as being durable, they don’t brag about their Game Boys being bomb-proof or their consoles being tough enough to survive being hit by a car. They just expect their customers to be human and include features to prepare for that humanity. While other companies decide that they’re nice by including a cover to protect the screen of the $600 phone you just bought in case you drop it, Nintendo just builds a device that can survive being dropped in the first place and doesn’t make a big deal about it. Because that’s how a real company does business.

Karl Smallwood has a Twitter account where you can make fun of his name. He also wrote an article explaining why Abraham Lincoln was a total boss.