There’s an art to devising a truly ridiculous wager. Some people feel adventurous betting on NASCAR or pro golf (really, guys?), but those aren’t even close to what we’re talking about. Throughout history, special individuals have seen betting potential in the most absurd scenarios. 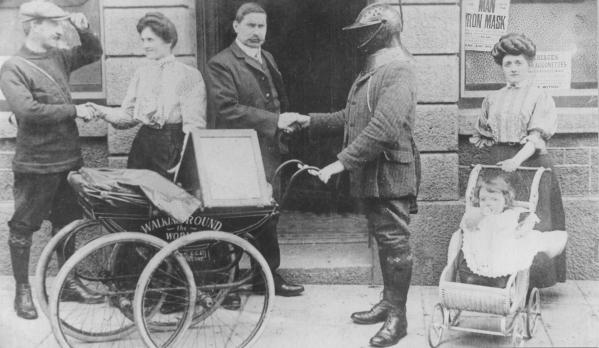 Only a very special mind could have hatched this wager. Well, two minds actually. At the turn of the 20th century, the Earl of Lonsdale accepted a bet from his friend John Pierpoint Morgan that no man could circumnavigate the globe, on foot, without being recognized.

However, the wager didn’t end there. By 1908, further conditions stipulated that the individual would only be permitted one change of pants, should wear a metal helmet, and had to push a pram throughout his globe-trotting voyage. Undaunted, local showman Harry Bernsley took on the bet for a cool £21,000 prize. In order to collect the cash, he would also have to find a wife along the way, sell postcards of himself while wearing a suit of armor, and go the entire journey without being recognized once.

Sadly, despite claiming to have made it through Ireland, Canada, America, Japan, China, India, Turkey, and Italy over the course of a six-year trek, the outbreak of World War I prevented Bernsley from completing his wager. All the same, Morgan and Lonsdale were impressed enough to award him £4,000 for his efforts. 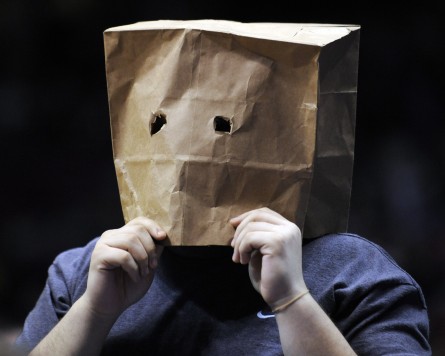 Next up is Swiss opera manager John Heidegger. The aesthetically challenged Heidegger moved to London as a young man and quickly cultivated a reputation for having the ugliest mug in the country. But this claim was challenged by Lord Chesterfield, who wagered that he could track down an uglier individual.

Confident in his unassailable repulsiveness, Heidegger accepted the bet. Unfortunately for him, Chesterfield managed to source a woman from the slums of London who looked set to trump even Heidegger in the ugly stakes.

When he arranged a meeting between the two gargoyles, Lord Chesterfield fully expected to win his wager. However, before adjudication was made, Heidegger snatched the woman’s hat and placed it on his own head. The sight of Heidegger in her hat was so exceptionally grotesque that the woman fainted, leaving Heidegger the winner and the undisputed ugliest person in Britain. 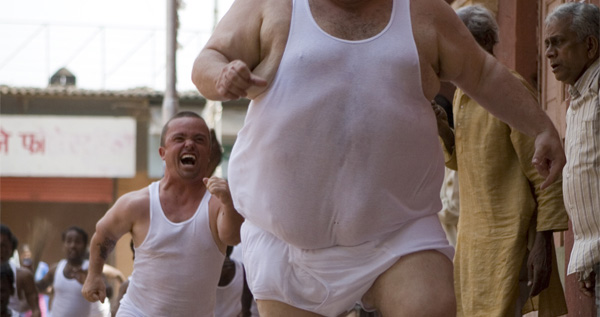 In a bet as smart as it was ridiculous, a rotund butcher named Mr. Bullock challenged the Earl of Barrymore to a race—with a hefty sum placed on the outcome. Being the athletic sort of toff, the Earl was only too happy to accept the beefy butcher’s bet.

However, Bullock demanded a few conditions to level the playing field. First off, he wanted a 35-meter (114 ft) head start. Secondly, he insisted that he be allowed to choose the course for the race. The affable (and over-confident) Earl agreed to these conditions.

The crafty butcher then requested that the race be held in Black Lion Lane—an extremely narrow street in London. His head start meant that he always had the lead, and his bulk prevented the Earl from passing him in the close quarters. As a result, the butcher waddled to victory, netting himself a substantial prize in the process. 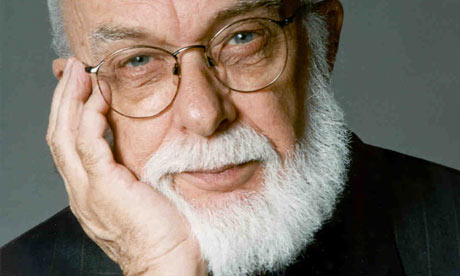 Leaping forward nearly 100 years, we come to one of the more famous wagers on the list. Magician and outspoken skeptic James Randi challenged charlatans across the world by betting $1 million of his own cash that nobody would be able to demonstrate paranormal abilities in an empirically sound, double-blind study. “Demonstrate what you claim,” he said, “under controlled conditions, and the prize is yours.” To date, the money remains untouched.

Randi’s vendetta against irrational lunacy has drawn the ire of famous psychics such as Uri Geller, who has sued Randi multiple times. Randi, however, enjoyed vicarious retribution in 1973 when Johnny Carson asked for Randi’s advice on how to expose Geller during his appearance on the Tonight Show. Randi suggested that Carson provide pre-arranged spoons for Geller to “psychically” bend, resulting in a humiliated Geller sheepishly conceding his inability to do anything of the sort. 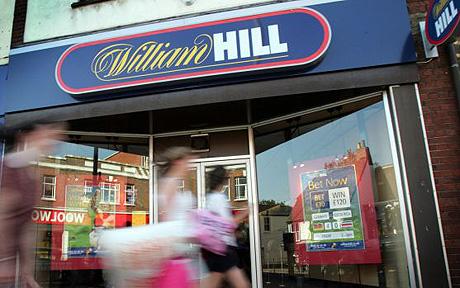 In a spectacular attempt at avoiding a £3,000 inheritance tax on his estate, crafty 91-year-old Arthur King-Robinson bet £500 on 6:1 odds that he would die by the end of the year.

Astoundingly, this morbid little flutter was accepted by bookies William Hill, whose spokesman commented, “If he wins, it’s his funeral.” Even better, King-Robinson knew he would be a winner either way, since if he did live another year the tax would no longer be applicable. Ultimately, he survived the year, dodging the tax but losing his £500 wager. Still, at least he has his health. 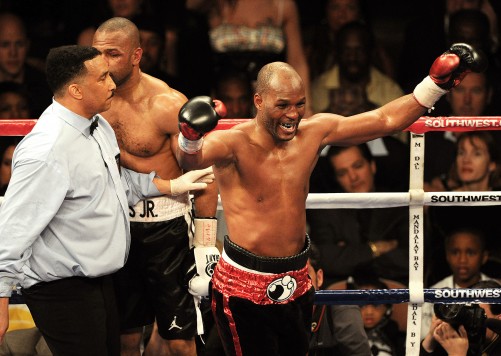 It was a bit like the Bruce Willis story arc from Pulp Fiction, except without the weird sex dungeon. Middleweight champion Bernard Hopkins bet a substantial sum on himself to defeat Felix Trinidad in a WBA Championship match.

Before the fight, a henna website had agreed to put up $100,000 in exchange for Hopkins receiving a promotional henna tattoo. Ever the prudent investor, Hopkins immediately wagered the whole sum, lock, stock, and barrel, on himself. Despite being the 4:1 underdog, Hopkins triumphed against Felix in the 12th round by way of a technical knockout, granting “The Executioner” the WBA Super Middleweight title and a neat $400,000.

Oh dear, it probably seemed like a perfectly sensible bet at the time.

Retired NBA star Charles Barkley contested TNT’s Kenny Smith’s prediction that newly signed Houston Rockets center Yao Ming could score more than 19 points in a single game. It’s fair to say that Barkley must have felt pretty darn confident in his convictions, as he accepted a wager where the penalty would result in him kissing Smith’s behind.

However, luck being a funny thing, Ming went on to score 20 points against the Lakers. Barkley paid his dues the following week on Listen Up! With Charles Barkley and Ernie Johnson, with a twist. Rather than laying a smacker on Smith’s rear, the host kissed the backside of a donkey that Smith had kindly brought into the studio. 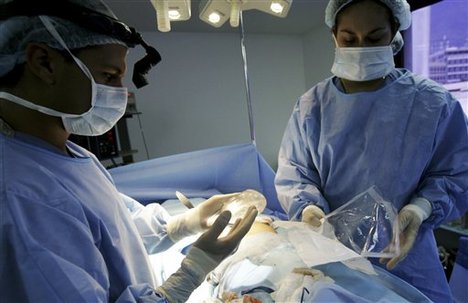 Toronto’s Brian Zembic has a penchant for ridiculous wagers. In fact, one might describe him as a master of the art. His finest moment undoubtedly came when he won a $100,000 wager to obtain breast implants and keep them for a year.

Not only did Brian meet the conditions of the wager, but he went one further by keeping hold of his new assets permanently. His lucrative man-boobs proved the gift that kept on giving, as Brian has subsequently made a small fortune flashing them in public. More recently, he netted $15,000 for living in a men’s restroom for an entire month. At least he had a couple of things to keep him occupied. 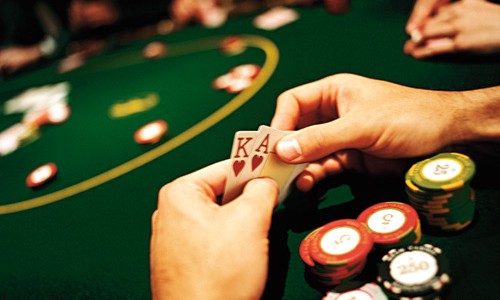 You know what they’re like in Russia: old-fashioned romantics. Living up to this noble heritage, Andrei Karpov put up his own wife Tatiana as a poker stake, having been bankrupted by his competitor, Sergey Brodov. What a class act.

It’s not clear whether Karpov intended to wager his actual marriage vows or his wife’s, um . . . honor. Either way, she was less than impressed and immediately ditched her deadbeat spouse for Brodov, saying “It was humiliating and I was utterly ashamed. But as soon as my ex-husband did that, I knew I had to leave him. Sergey was a very handsome, charming man and I am very happy with him, even if he did ‘win’ me in a poker game.” Truly cleaned out, Karpov went home broke and single.

Charm and a positive outlook will only get you so far in the world of novelty bets, as NBA legend Shaquille O’Neal discovered to his sorrow. One of Shaq’s handlers bet that the celebrity basketballer would be unable to access the White House after arriving unannounced.

Shaq accepted the bet, agreeing not to make use of his political connections. The terms of the bet demanded that he simply stroll up the White House lawn and request entry. Unfortunately, neither wit, charm, nor a healthy dose of Shaq-Fu would persuade the White House staff to permit him entry. As O’Neal explained: “I jumped in a cab, went up there, and the guy wouldn’t let me in. I went to the gate . . . They were nice. They said, ‘Shaq, we can’t do it.’ I said, ‘I understand.’ ”

Shaq had to endure a grueling 1,000 push-ups as a forfeit, but at least he was spared the wrath of White House security.

Sam is a gambling industry expert. He interviews key industry figures, produces infotainment pieces, and blogs on topics like gambling superstition. Keep up to date with his latest work on Google+.