While many seem to be in it for the immunity from parking tickets, there are surprisingly a few diplomats who actually want to help people. This was no more the case than in World War II, when diplomats from around the world helped Jews escape persecution in Nazi Germany. And they did it in spectacular form. 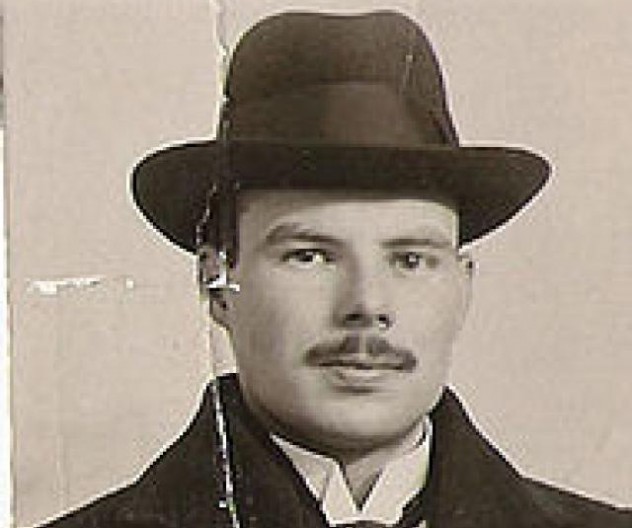 As Consul General of Romania in Berlin from 1931–41, Karadja is believed to have saved 51,000 lives. Constantin had a humanistic and juridical education, dedicating this life to the preservation of human rights throughout his career. The Prince was dedicated to protecting the rights of Romanian citizens, regardless of ethnicity or religion. He dedicated himself to saving Romanian and non-Romanian Jews during the war by issuing hundreds of visas. His work spanned across Berlin, France, and Hungary.

But he didn’t just hand out visas—he defied his own country to do it. On March 7, 1941, Constantin went against orders from his government to start putting an indication of religion on the passports of Romanian Jews, fearing they would be prosecuted while trying to flee. Later that same year, after being appointed Romanian Minister of Foreign Affairs, Karadja was able to pass a law which protected all Romanians abroad without distinction or discrimination. Going even further in 1943, he was pivotal in convincing the Romanian Foreign Minister to change his stance from pro-German.

In fact, he was so annoyingly good at his job of saving people that he was eventually fired. The Romanian Government later refused him his pension. 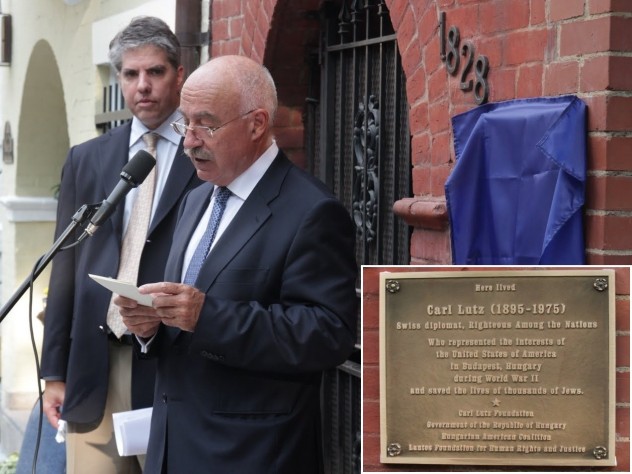 Appointed as Swiss vice-consul to Budapest in 1942, Carl Lutz rustled jimmies throughout Switzerland when he “threatened” its neutrality by inventing a “protective letter” which granted Jews neutrality. Carl granted these letters to over 10,000 Jewish children, allowing them to flee. When the Germans took control of Budapest in 1944, Lutz managed to negotiate the protection of 8,000 Hungarian Jews. Exploiting the deal he had crafted, he immediately set about protecting 8,000 Jewish families rather than individuals.

He proceeded to set up 76 safe houses throughout the city, declared them Swiss soil, and harbored 3,000 Jews in a single building. One day, while Nazi squads were rounding up Jews, Lutz jumped into a raging river after a wounded Jewish woman, declaring her a Swiss citizen on the spot and saving her life. Estimates suggest that Lutz was responsible for saving 62,000 lives. 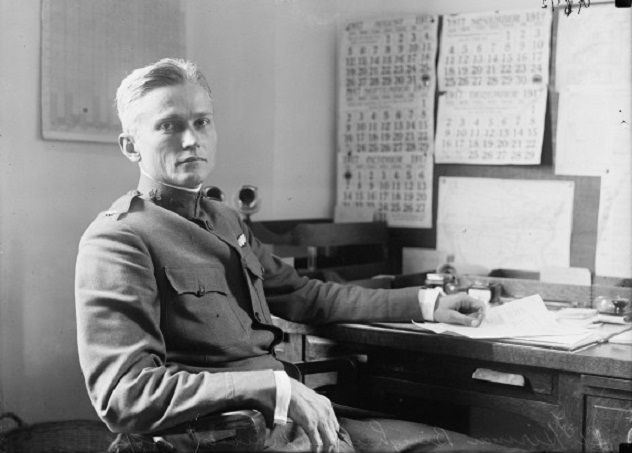 Hiram Bingham IV served as the US Consulate in Marseilles at the outbreak of war. In an attempt to maintain good relationships with the Vichy Government, the US Government discouraged diplomats from helping refugees. Harry was an exception to this inhuman rule. In 1940, Hiram illegally issued Varian Fry, an American novelist and member of the Emergency Rescue Committee, a false set of travel documents. With these travel documents, Fry helped over 2,000 Jews to escape France. Hiram is also said to have sheltered refugees and met with escape groups to aid the evacuation of Jews. In late 1940, Bingham started touring internment camps and issuing protective orders and visas. These camps included Gurs, Le Vernet, Argelès-sur-Mer, Agde and Les Milles. Bingham would grant citizenship to those suffering in the camps, putting them under American protection. In 1941, the US government pulled Bingham from his position, transferring him to Argentina most likely to try and get rid of him. Bingham was later pivotal in tracking down Nazi war criminals. 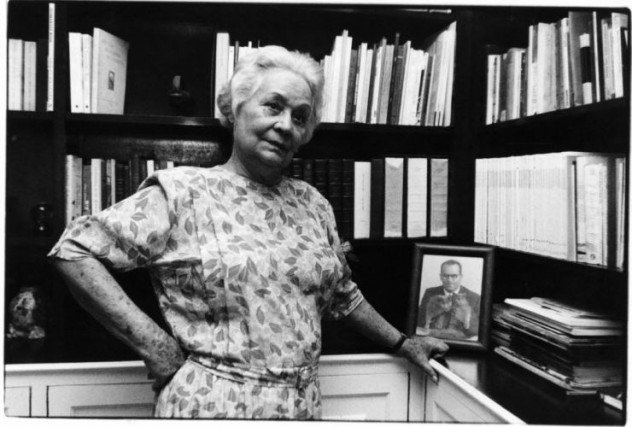 Aracy went above and beyond the duties of a clerk working at the visa department in the Brazilian embassy based in Hamburg. She used her position, going against orders, to supply Jews with visas from 1938 until 1942, when Brazil joined the Allies. Not only did she supply them with visas, she also provided refugees with money and supplies for the journey to Brazil out of her own pocket. She even housed some of them. Aracy is credited with saving thousands of lives. Living to the grand age of 102, we can certainly say that she deserved the extra years. 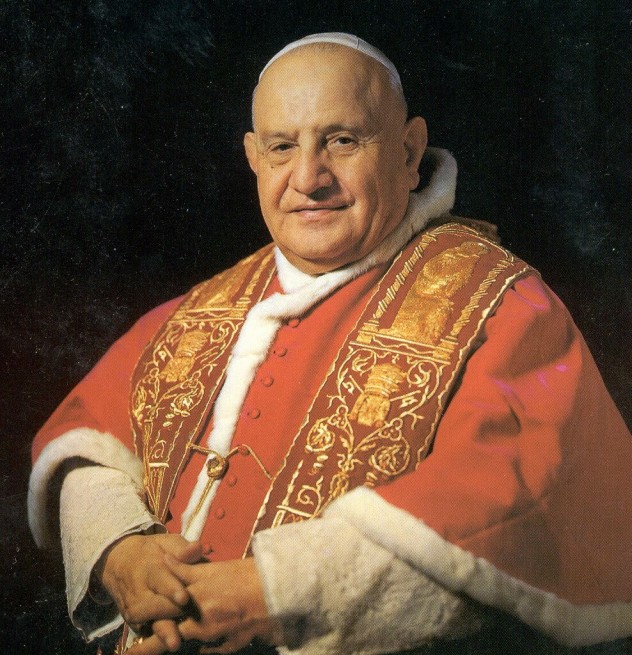 Archbishop Angelo Giuseppe Roncalli, later known as Pope John XXIII, served as Apostolic Delegate to Turkey and Greece. Angelo used his position to aid the Jewish underground movement in saving thousands of refugees in Europe. He further aided Jewish refugees arriving in Istanbul to flee to Palestine by arranging money, transportation, and supplies. Angelo also liberated a large number of Jews from the Jasenovac and Sered concentration camps, granting them false baptism papers. He later went on to be the Pope who eliminated the description of Jews as “deceitful” in the Good Friday liturgy and made a confession on behalf of the Church for the sin of anti-semitism. 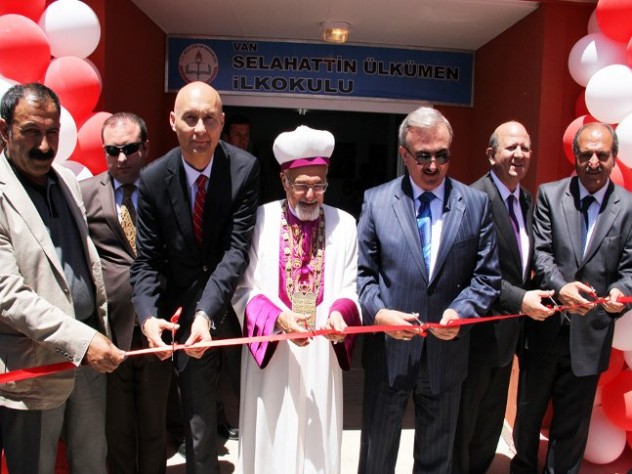 Selahattin, a Turkish consul in Rhodes, acted against the wishes of the Nazis when he intervened in the persecution of Jews in Rhodes which started on July 19, 1944. Ulkumen demanded that the Turkish Jews which they had gathered for deportation be released into his custody as the Turkish government did not discriminate against the protection rights of its citizens. Eventually, after a lot of bureaucratic leveraging (and out of fear of making even more enemies), the Gestapo gave up the Jews, and Ulkumen then cared for and protected them. In retaliation, the Germans bombed the Turkish embassy, killing Ulkumen’s pregnant wife and arresting Ulkumen and his staff for the remainder of the war. Nonetheless, Ulkumen had saved thousands of lives with his sacrifice. 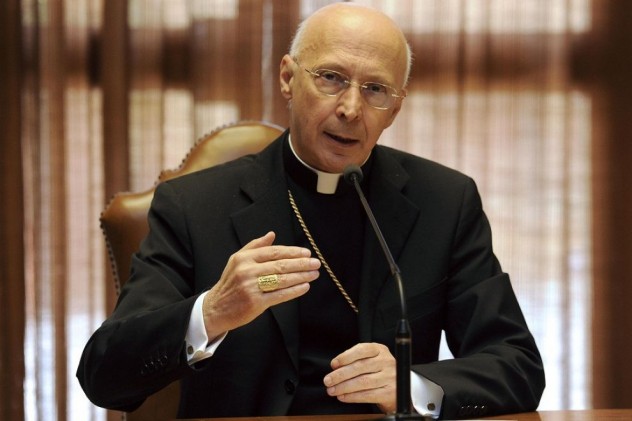 As the Vatican diplomat in Sofia, Bulgaria, Angelo Rotta saved thousands of Jews by issuing thousands of false baptismal certificates which granted Jews safe passage to Palestine. Though this was a crime punishable by death to the Nazis, Monsignore didn’t stop there. When he became dean of the diplomatic corps in Budapest, he actively condemned the holocaust in Hitler’s backyard. Rotta issued over 15,000 safe conduct certificates, which granted Jews neutrality. Angelo even visited labor camps and death marches to hand out even more false baptismal certificates, and he personally set up and protected numerous safe houses throughout Budapest to protect those that he had saved. 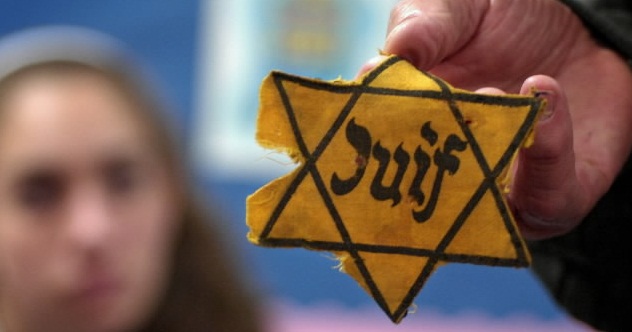 Friedrich was a delegate of the Red Cross in Budapest between May 1944 and January 1945. Following the lead of Carl Lutz, Born also saved thousands of Jews from the city. He recruited around 3,000 Jews to “work” in his office, granting them protection and declaring various safe houses around the city as protected by the Red Cross. On top of this, he distributed 15,000 protection documents that prevented the deportation of Hungarian Jews. Fredrich is credited with doing the Red Cross a great service and saving between 11,000 and 15,000 lives at significant risk to his own. 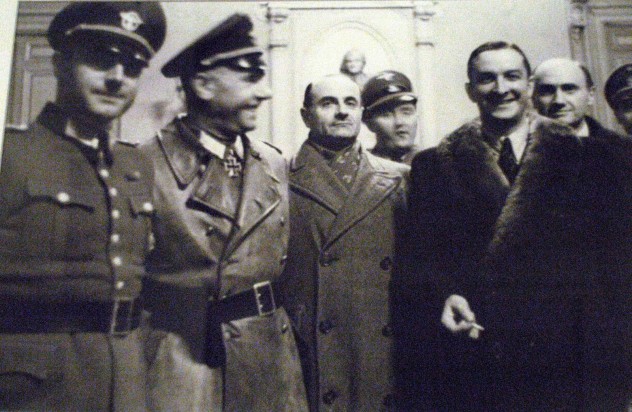 Gilberto was the Mexican consulate to Vichy France throughout the war, based in Marseilles. Gilberto ordered his staff to issue visas to any person seeking refuge, most of whom were Jews. Over 40,000 visas were given away and Bosque went as far as to rent a castle and holiday camp in Marseilles to house refugees under the protection of Mexican territory. In 1943, Saldivar and his family along with 40 staff members were arrested by the Gestapo and detained for a year. He was released a year later during a prisoner exchange between the Mexican and German Government. He lived to the age of 103. 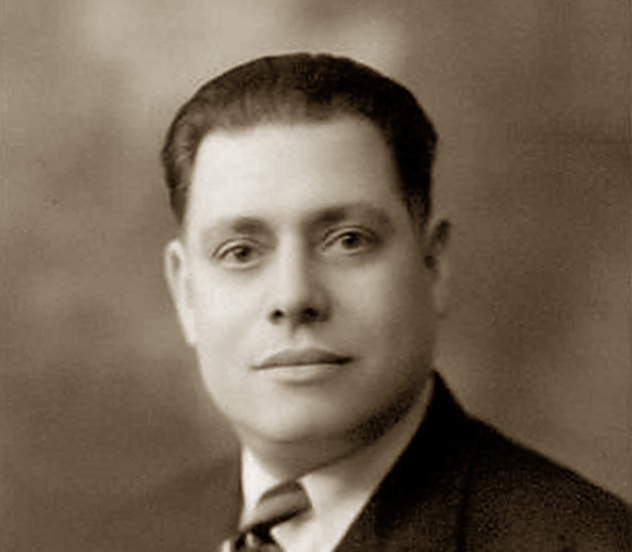 Based in Switzerland as the consul for Salvador, Jose started small by granting a Transylvanian Jewish businessman and his family a visa, saving the family from a Gestapo squad which had come to deport them. After he became Salvadoran General Consul in Geneva in 1942, Jose started to issue thousands of visas to Jewish refugees, allowing them to flee to South America. By 1944, the distribution of Salvadoran documents had become a mass production, with Jose aiding Jewish groups to produce illegal forgeries so that even more could be saved. It was in 1944 that Jose realized he could not produce enough to save as many lives as possible, so he secretly started to issue 13,000 “Certificates of Salvadoran citizenship” to Jews in Central Europe for free.

His was the first South American government to do so, against the wishes of his superiors and (obviously) the Nazis, giving the holders the right to seek refuge with the Red Cross and eventually, the Swiss Consul in Geneva. These certificates saved thousands of Jews from extradition to Nazi death camps. It is believed that Contreras’ actions saved an astounding 30,000–50,000 lives.