While incidents such as the My Lai Massacre during the Vietnam War or the Highway of Death in the Gulf War are known by much of the American population, like nearly every other country, there are innumerable atrocities which remain hidden to much of the citizenry. Here are 10 of America’s lesser-known war crimes. [WARNING: this list contains disturbing images.]

SEE ALSO: 10 Moments In American History, As Seen From The Other Side 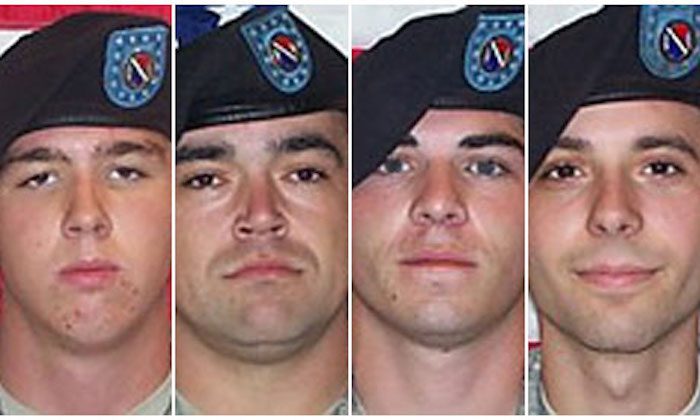 Near the end of 2009, a group of soldiers known as the “Kill Team” began formulating a plan to commit a war crime: they wanted to kill random unarmed civilians. Frustrated with their lack of progress against the Taliban for the previous six months, the soldiers came upon a fifteen-year-old boy walking past on his own. After ensuring there were no witnesses around, they ordered him to stop; as soon as he did, a grenade was thrown at him and shots rang out. Within seconds, he was dead.

At least three more civilians were killed in similar ways, as the soldiers were emboldened by the lack of consequences from their first murder. Horrifically, they also took photos with the corpses, as well as hacking off body parts to keep as trophies. These killings would have remained an ignored part of Operation Enduring Freedom, meaningless statistics in a long and bloody conflict, if it hadn’t been for the hashish habits of some of the participants.

PFC Justin Stoner complained to higher-ups about the smoking going on in the camp and was subsequently beaten up by members of the “Kill Team”. When confronted with the abuse, Stoner detailed claims made by some of his fellow soldiers and an investigation was started. In the end, 11 of the 12 soldiers were convicted of various crimes, with the ringleader sentenced to life in prison.[1] 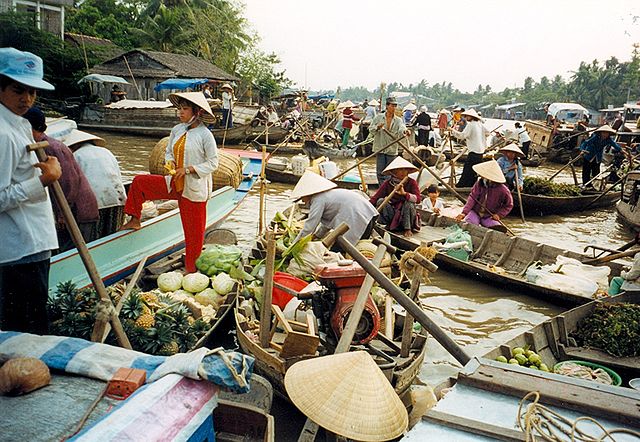 On an otherwise uneventful night on February 25, 1969, in a southern part of Vietnam known as the Mekong Delta, a massacre took place. In the peasant village of Thanh Phong, a group of American soldiers were under the command of Bob Kerrey, a since-decorated war hero and former Navy SEAL. Depending on who you ask, what happened next was either an accident or a pre-meditated act of violence.

Their mission essentially boiled down to kidnapping the village secretary of Thanh Phong or killing him, as he was believed to be a senior leader of the Viet Cong. According to Kerrey, upon reaching the village around midnight, his men killed a number of people in a hooch, a common building in small Vietnamese communities. They were then fired upon from around 100 yards away and the Americans returned fire, killing everyone inside and even a handful of people who tried to run away. In the end, one old man was killed, along with 20 women and children. 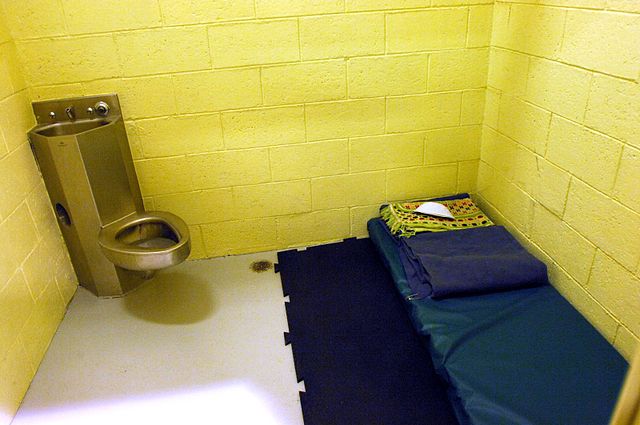 One of the lesser known travesties during the ongoing War on Terrorism, the incidents which occurred in the Bagram detention site warrant inclusion on this list. Now known as the Parwan Detention Facility, it was controlled by the United States until 2014. And for much of its history, prisoner abuse was a daily occurrence. One man, a Palestinian named Hussain Mustafa, claimed to have been sodomized with a stick; another, Wesam Al Deemawi, was hung from a hook and threatened with dogs.

Temporarily home to Khalid Sheikh Mohammed, the mastermind behind the 9/11 attacks, Bagram is said to have made “Guantanamo look like a nice hotel”. One of the worst examples of torture involved a young taxi driver named Dilawar. Over the course of four days, he was hung from a ceiling and had his legs beaten, so badly that, after his death, a military doctor wrote they had essentially been turned to pulp.[3] 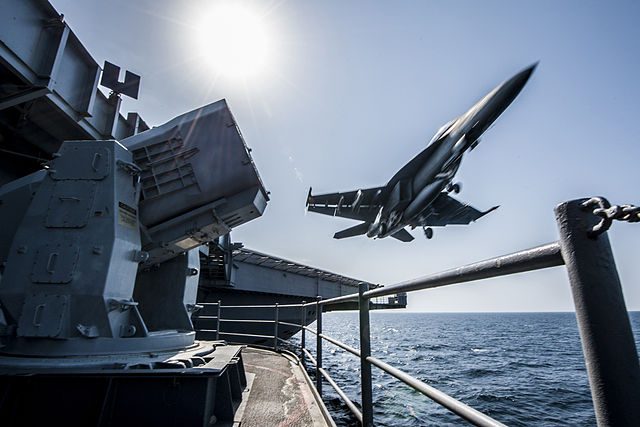 As is the case with nearly every military conflict since the 20th century, civilians are consistently at risk of being caught in the crossfire; during the American-led intervention in Syria, that was no different. In July of 2016, fierce fighting between American forces and Islamic state insurgents raged near the Syrian city of Manbij. Faced with entrenched defenders, the US soldiers called in an airstrike, determined to root out the terrorist fighters.

However, the village of Tokhar was also home to a number of civilians, including women and children. Because of the indiscriminate nature of the bombing, as well as the IS tactics, a large number of non-combatants were killed. Some reports indicated as many as 56 civilians were killed, though official US military numbers were significantly lower. As is the case with these acts, various countries and organizations voiced their displeasure . . . and everything continued as before.[4] 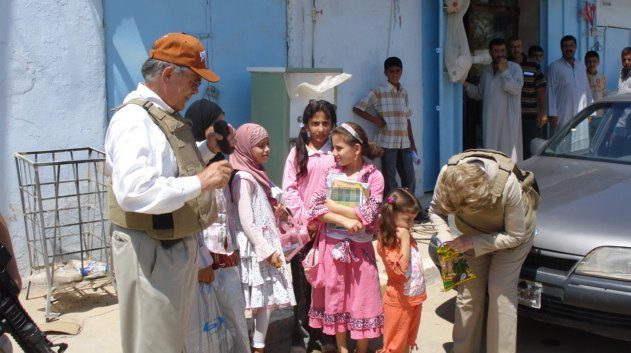 During the American occupation of Iraq, following the 2003 invasion, military personnel faced danger every day, whether it came from gun-toting insurgents or IEDs left by the side of the road. One such bomb took the life of Lance Corporal Miguel Terrazas on November 19, 2005. His fellow soldiers later claimed the explosion took the life of a number of civilians; additionally, they stated a handful of gunmen attacked them shortly after, forcing the Marines to fight back, killing eight of them.

Once the dust settled, it became clear that story was a forgery; the only person killed by the bomb was Terrazas, the rest were innocent civilians, including children, from a nearby village, killed in a fit of vengeance by the US servicemen. According to the commanding officer on the location, he believed his men were under fire and ordered them to search the nearby homes and “shoot first, ask questions later”. In the end, Staff Sergeant Frank Wuterich, the commanding officer, was the only one who was convicted; though he served no jail time, he was simply given a rank reduction and pay cut.[5] 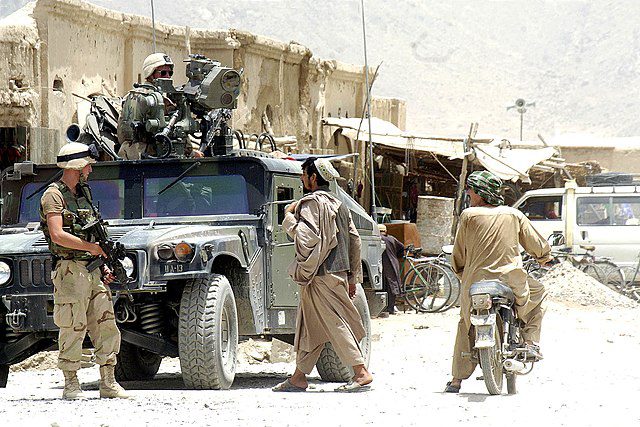 Perhaps influenced by undiagnosed PTSD or a thirst for vengeance for a bombing which had injured a fellow soldier a few days prior, Staff Sergeant Robert Bales walked into a few villages in the Kandahar province of Afghanistan and started a murder spree which would see the deaths of 16 innocent civilians. Relatively close to the military base at which Bales was stationed, the villages were the site of an IED explosion which took the leg of a soldier named John Asbury, an incident which Bales claimed severely affected, not least because he believed he failed to kill the man who detonated the device.

Armed with night vision goggles and the weapons he used as part of his Special Forces work, Bales left his base early in the morning on March 11, 2012. He then proceeded to go door to door in the villages, indiscriminately killing anyone who he encountered, even burning some of the bodies. Upon returning to his base, he simply said “I did it.” and then detailed what had just transpired. The following year, Bales pled guilty, avoiding the death penalty, and he was sentenced to life in prison without parole.[6] 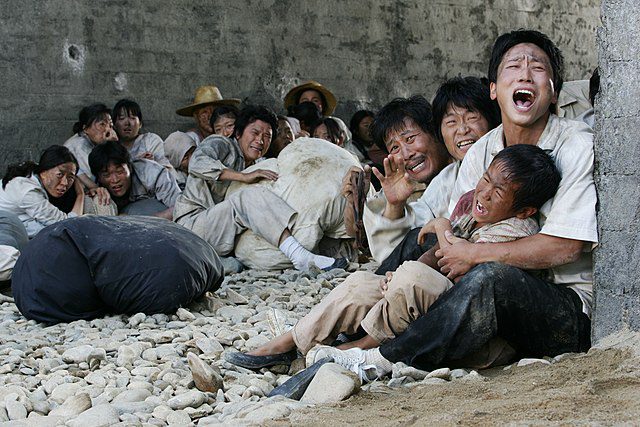 Essentially unknown for nearly 50 years, the No Gun Ri massacre took place in the early days of the Korean War. Located about 100 miles southeast of Seoul, the village of No Gun Ri was the site of the murder of hundreds of innocent civilians, including a large number of women and children. The Korean War officially began on June 25, 1950 and, almost immediately, there were millions of refugees seeking to flee the violence.

Panicked at the thought of North Korean infiltrators, many US officials began instituting rules which prohibited the flow of civilians, declaring no one would be allowed to cross any battle line. On July 26th, the very day that proclamation was made, as many as 400 refugees tried to cross a railroad bridge near No Gun Ri. For the next three days, they were bombarded with fire from US soldiers, including aerial attacks on the bridge. Nearly all of them were killed and the US military covered up the massacre, denying all knowledge until an AP story came out in 1999. It was officially acknowledged, though the US reject demands for compensation and said it was simply a tragedy of war.[7] 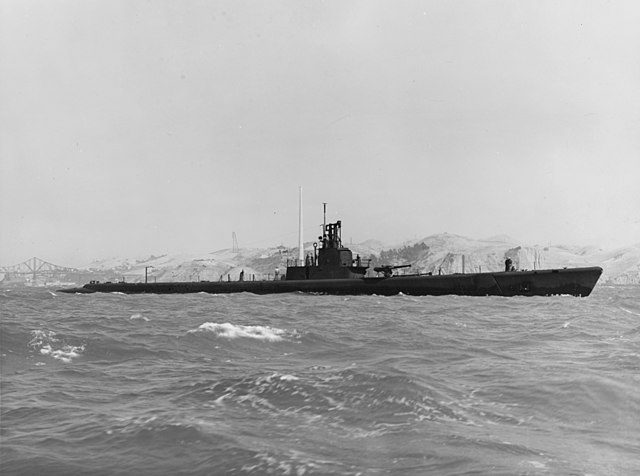 Under the direction of Commander Dudley “Mush” Morton, the USS Wahoo became one of the most celebrated submarines in the entirety of WWII. Sadly, the submarine, along with all those aboard, disappeared in the seas near Japan in late 1943. A relatively distinguished officer, Morton was also in charge when the Wahoo was involved in a controversial incident early in 1943.

On January 26th, a Japanese transport ship, the Buyo Maru, was torpedoed north of New Guinea. As the sailors leapt off the ship, clinging to lifeboats or simply floating in the sea, the Wahoo surfaced and began opening fire, indiscriminately killing many of those in the water. Immediately afterward, it was claimed the Japanese had been firing small-arms fire at the Americans and they had no choice but to return fire; later recollections pointed to an intention of killing everyone from the beginning. To make matters worse, many of those in the water were actually Indian POWs who had been captured by the Japanese.

When Morton finally ordered the shooting to stop, he claimed to have killed as many as 6,000 troops, though the real number is likely to be much lower, with later research putting it at 500 people, Indian and Japanese combined.[8] 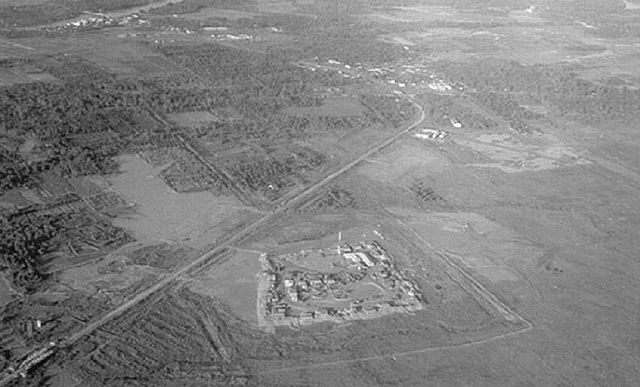 A controversial operation undertaken by the US military during the latter half of the Vietnam War, Speedy Express was designed to limit the communication abilities of the Viet Cong and deny them the ability to find refuge anywhere in the Mekong Delta. By the time the six-month assault was over, nearly 11,000 Vietnamese were killed, with only 267 American soldiers meeting their end.

Spearheaded by General Julian Ewell, a man who would come to be known as “the Butcher of the Delta”, the operation was officially deemed a success by the government, even to this day. However, civilians seem to have made up the bulk of the deaths, as a mere 748 weapons were retrieved by US forces. Though there are no detailed examples of a massacre like My Lai, there are hundreds of stories of innocent civilians trying to escape the violence, only to be gunned down by a soldier, who then continued on to the next murder.[9]

One of America’s least remembered conflicts, the Philippine-American War was one of the first to receive backlash towards the behavior of the soldiers fighting. Mark Twain was a frequent critic, as newspapers began to publish accounts of the barbaric tactics being used against the Filipino resistance. One such resistance group was the Moro people, a Muslim-majority people who fought against the Americans from 1899 until 1913. Beginning in 1905, a large number moved to an extinct volcano called Bud Dajo.

Determining the men, women and children to be a violent threat, US forces descended on the crater, beginning a three-day massacre which ended with the deaths of nearly all the Moros which had hidden there. General Leonard Wood, the commanding officer in the area, allegedly told his soldiers: “Kill or capture those savages.” Even though the massacre was widely covered in the press, it quickly faded from public consciousness when the Great San Francisco Earthquake occurred a few short week later.[10]

In all but three of the matters above, no justice was rendered.