Space exploration is pretty cool. People have dreamed of utilizing and colonizing our solar system (and beyond) since before we had airplanes, and we learned in the ’60s that we should all be living on the Moon by now. That hasn’t happened (spoiler alert), but there’s still a load of cool projects that are in progress at this very moment to take us one step closer to a life away from Earth. 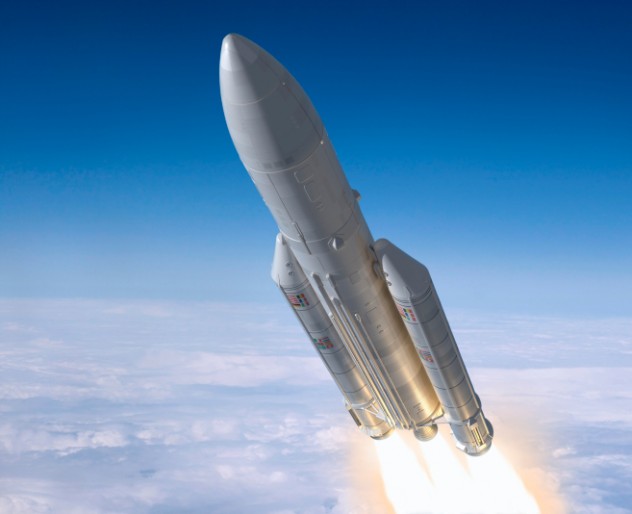 ALASA stands for Airborne Launch Assist Space Access, which is a fancy way of describing firing a rocket from the back of a plane. One of the main things that makes a space launch expensive is that it can only be done from certain places, and all of them are on the ground. A launch platform that can move around the sky would help overcome things like weather, while allowing a satellite to be put in a different orbit than a ground launch would allow.

DARPA, the advanced technology research arm of the US military, is working on a version of this. They hope to have a working prototype within the next two years. The technology will be used to fire satellites weighing up to 45 kilograms (100 lbs) into orbit and be able to operate from any major runway on Earth. 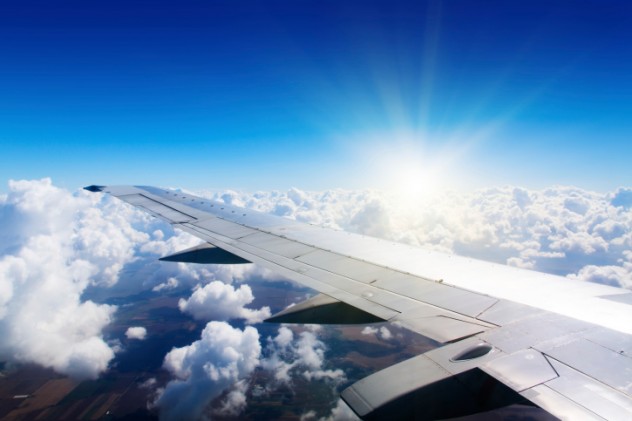 The goal of Skylon, a project by UK company Reaction Engines, is to create a jet that can fly into space. They have been given £60 million by the British government with the goal of beginning test flights in 2019 and a hope of delivering 15 tons of equipment to space by the early 2020s.

The unpiloted vehicle would be able to reach speeds of 30,000 kph (19,000 mph), with an engine that can function as a jet in the atmosphere and switch to being a rocket in space. The project is pan-European, with French, German, Belgian, and British involvement. On top of the government funds, the company will be looking for almost £200 million from private sources. 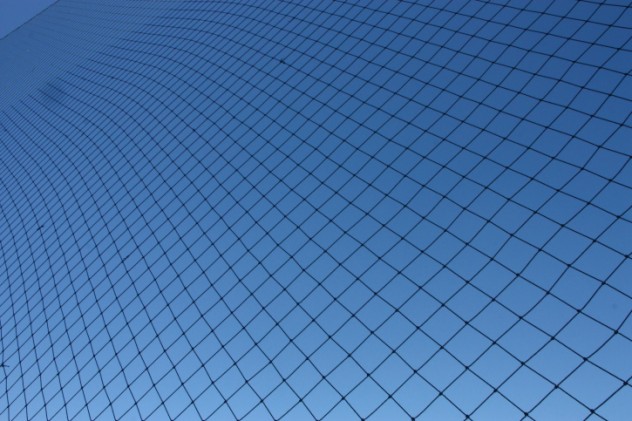 Space debris is a big problem. There are hundreds of thousands of pieces orbiting Earth, and it poses a threat to satellites and spacecraft. Even a small piece carries a lot of energy due to its high velocity. Scientists estimate that anywhere from five to 10 large objects need to be removed from orbit every year to stop the problem from becoming unmanageable.

The Japan Aerospace Exploration Agency (JAXA) have teamed up with a fishing net company to work on a solution to the problem. Their idea is pretty simple: Drag a mesh through space to collect debris and tow it all back down to Earth. Providing they’re careful not to snag any active satellites, this straightforward idea could play a role in protecting the essential multi-billion-dollar space industry over the next several decades. 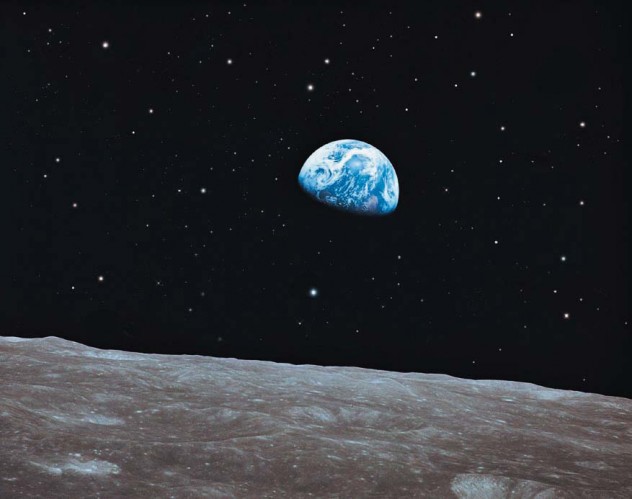 The Google Lunar X Prize is an award of $40 million offered by the Internet giant for any private organization that can safely land a probe on the surface of the Moon by the end of 2015. There are a couple of other criteria—their probe needs to move 500 meters (above or below the surface is fine) and beam two live broadcasts back to Earth. The idea is to recapture some of the spark generated by the original Moon landings while also encouraging the shift to affordable, private space exploration.

There are 22 teams competing at the time of this writing. One of the forerunners is Moon Express, which has already taken over some of the smaller groups. Its staff includes a number of former NASA employees. The company hopes to scour the Moon for valuable resources, including the rare metals commonly used in modern technologies that can be difficult to find on Earth. 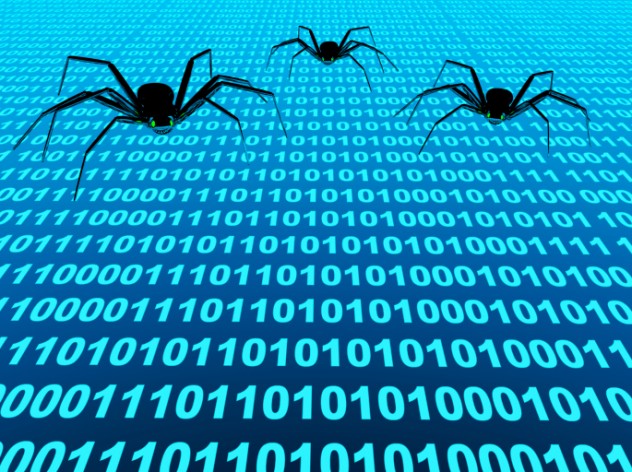 3-D printing is a technology destined to make a big impact on most people’s lives in the future. It’s no surprise that NASA plans to send a printer to the International Space Station next year to help manufacture useful items. That’s cool enough by itself, but NASA has also contributed $500,000 to an even more awesome project, essentially giant 3-D-printing robots designed to build massive installations in space.

The technology is known as SpiderFab because the robots resemble spiders releasing silk to build structures while in orbit. By sending up raw materials instead of finished items, rocket size can be reduced, and it could allow kilometer-long arrays of sensors—or even giant solar sails. Plans include the construction of large telescopes and antennas to help find planets in distant solar systems and perhaps alien life.

5 A Sequel To Curiosity 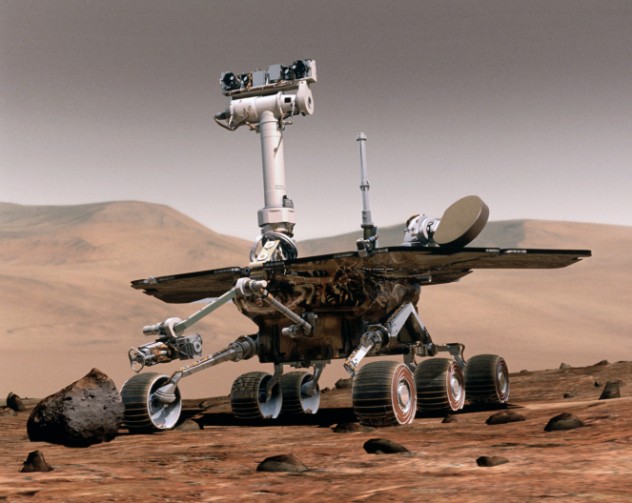 Curiosity captured the public imagination in August 2012 when it landed on Mars in spectacular fashion. Being hoisted to the surface by a flying crane 560 million kilometers (350 million miles) from Earth is quite an achievement, so it’s not a surprise that NASA is planning a sequel to its original “seven minutes of terror,” as Curiosity’s landing was dubbed.

The new project will aim to take advantage of Curiosity’s success by using recycled parts, as well as benefiting from the experience of already having put a car-sized rover on Mars. Scientists are undecided as to whether the new rover should include the housing for samples to be sent back to Earth at a later date, perhaps after being collected by humans. 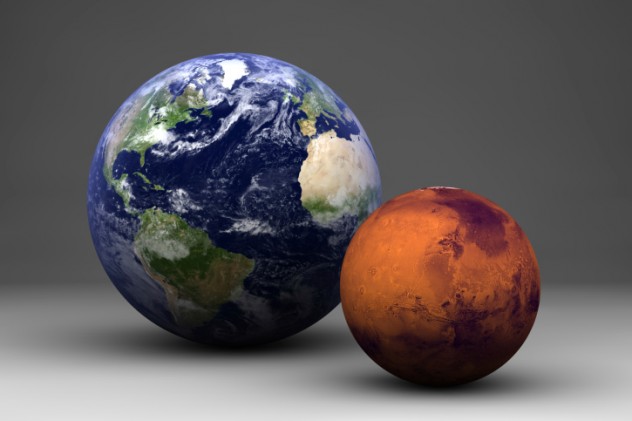 Over 200,000 people from around the world have volunteered to be part of Mars One, a $4 billion project to put people on the red planet by 2023. The project is being supported by Paul Romer, one of the people behind reality show Big Brother. His involvement reflects the project’s income plan, which will be to televise the selection process of choosing a team of four people, then broadcasting the mission itself.

Some of the applicants are married or have children, so would be leaving their loved ones behind. Why would anyone want to do it? It’s “an amazing chance to serve all of humanity by taking part in a project that will inspire generations to come,” says one of the potential Martians. 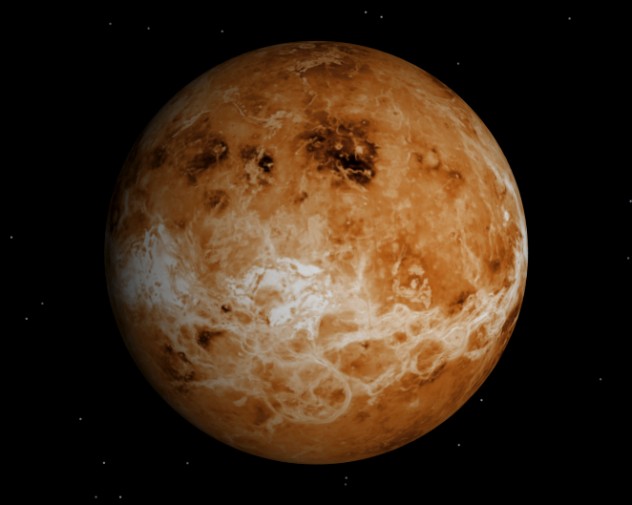 Putting people on the Moon is not the only achievement of the early space race that’s gone unrepeated for the last several decades. In the ’70s and early ’80s, the USSR’s Venera project landed several probes on Venus, sending us the only pictures from the surface we’ve ever seen. Now Russia is planning on going back there, with a project they have dubbed Venera-D.

The new project is seeking input from the international community. It aims to include a lander, as before, as well as balloons to operate in the Venusian atmosphere. Among the most interesting proposals is what is effectively a kite, designed to stay aloft in Venus’s skies and carry a number of lightweight instruments.

2Putting People Back On The Moon 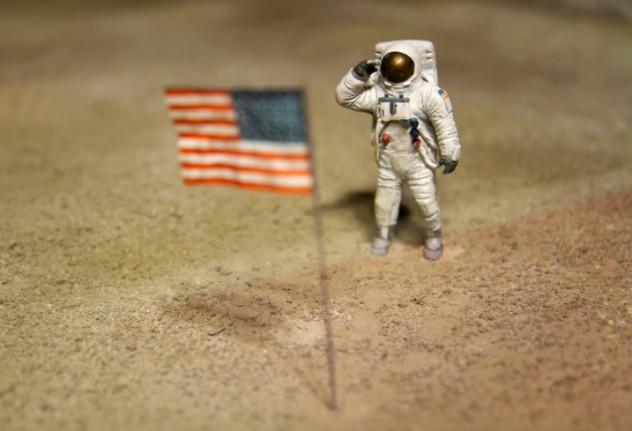 While a return to the Moon is probably inevitable, it’s not likely to be led by NASA. Yet there are plenty of emerging space powers with plans to put feet on the lunar surface. India hopes to put people there by 2020. China is yet to put a timetable on their plans to get up there, while nearby South Korea is aiming for 2025. Russia is hoping to do a Moon landing in the same year. Japan, on the other hand, is far more ambitious, with a plan to get to the Moon by 2020 and establish a base there by 2030.

It seems that we’re entering a space race without the overarching threat of nuclear annihilation the world got last time, which is a definite improvement. 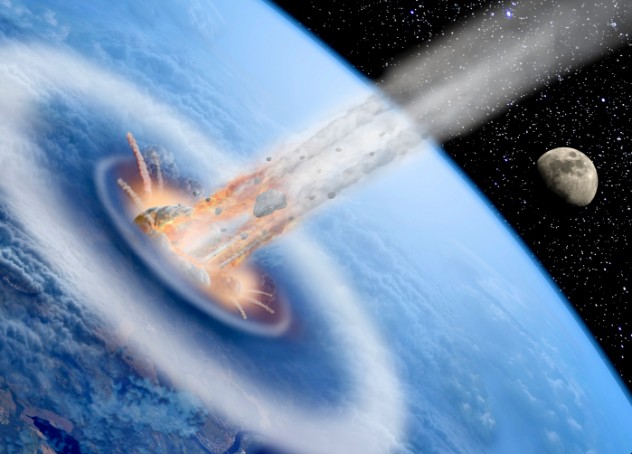 Capturing asteroids, normally for mining purposes, is a staple of science fiction. It’s easy to see the appeal of massive floating objects made of rare, valuable materials. It’s estimated there are up to two million asteroids wider than 800 meters (0.5 mi) in our solar system, so learning about these objects is of massive importance to science. NASA’s plan is to “lasso” an asteroid and tow it into orbit around the Moon, at which point astronauts can pay a visit. They’ve already narrowed down three potential candidates for this purpose.

When they’ve done with it, one NASA scientist says it would make sense to dispose of the asteroid by crashing it into the Moon. That seems like a good idea, as long as they take care not to hit any of international astronauts and commercial exploration vehicles milling about the place. 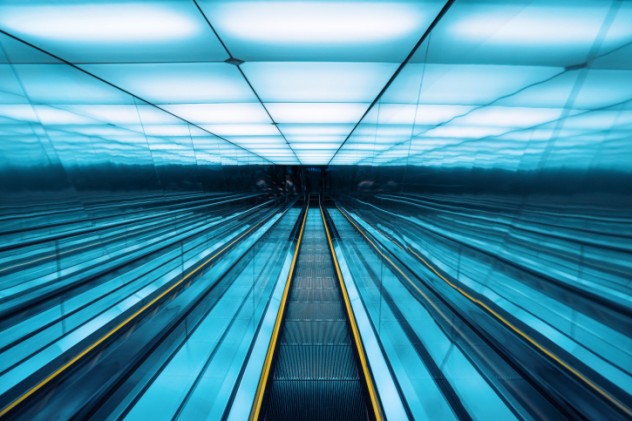 A major Japanese construction company has unveiled plans to build a space elevator by 2050. The organization, Obayashi, already built Japan’s tallest structure, the Tokyo Sky Tree, so they’re as likely as anyone to manage it. However, this new project would be 150 times taller than the Sky Tree and would require carbon nanotube technology that hasn’t been invented yet. A spokesperson for the company said their plan is to make steady progress so that the project doesn’t end up a forgotten dream.

Alan is an aspiring writer trying to kickstart his career with an awesome beard and an addiction to coffee. You can read some of his non-list writing at skepticalnumber.com or you can email him at [email protected].