At one time, amputees were quite rare—before the advent of modern medicine, losing a limb was often a death sentence. The process of ligating blood vessels was not pioneered until 1529, and the tourniquet did not come along until 1674. If a person lost a limb, they typically bled to death within minutes, and if they survived that trauma, infection often finished the job. As the years wore on, processes improved so that whole legions of dismembered Civil War soldiers managed to limp home.

Today, the ordeal of losing a body part is certainly traumatic, but the options for amputees have grown truly mind-boggling, with a near future that includes robot arms and legs hardwired directly into our brains. 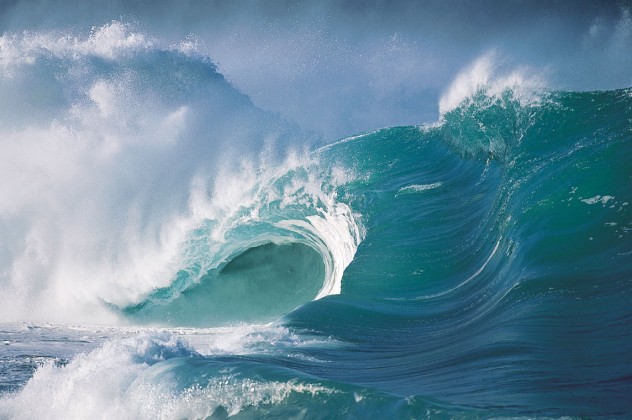 In 1994, French steelworker Philippie Croizon was working on a metal ladder when he suffered a horrifying electric shock. Despite their best efforts, doctors were forced to amputate all his limbs. While recovering in his hospital bed, he saw a show on television about a woman swimming across the the English Channel. The program lifted him out of the depression he’d suffered since the incident, and he soon began training in earnest. In September of 2010, Philippe plunged into the Channel off the coast of Kent, England. In under 14 hours, he swam 33.8 kilometers (21 mi), arriving at Cap Gris Nez, France, and becoming the first quadruple amputee ever to swim the English Channel.

In the years since, he has completed similar swimming challenges around the world. Croizon made headlines again in August 2013, when thieves made off with his high-tech, $30,000 wheelchair. After he made a public plea, the chair was returned by a man who claimed he’d merely taken it for “safekeeping.” 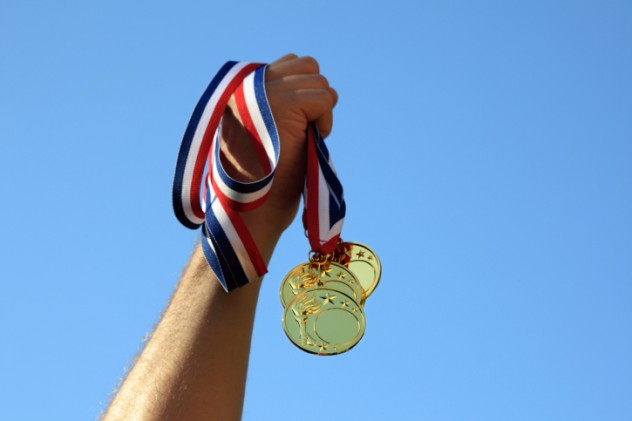 The story of Oscar Pistorious was one of the most inspiring in sports, though it took a dark and bizarre turn. Pistorious was born in 1986 with a condition called fibular hemimelia, a congenital absence of the fibula (one of the lower leg bones). At 11 months old, his legs were amputated between the knee and the foot so that he would be able to walk. An accomplished athlete throughout his youth, Oscar took up running while recovering from a rugby injury.

He would go on to earn the nickname “Blade Runner,” using a curved carbon fiber prosthetic called the Flex Foot Cheetah. In his short career, he earned dozens of medals, including six golds at the Paralympic Games. In 2012, he became the first ever amputee runner to compete in the Olympics when he ran in the London games.

Less than a year later, it would all come crashing down. On February 14, 2013, gunshots rang out at Pistorious’s home in Pretoria, South Africa. When the smoke cleared, Reeva Steenkamp, Oscar’s gorgeous model girlfriend, lay dead on the bathroom floor. Pistorious told police that he’d thought Reeva was in bed and the person he shot behind the closed bathroom door was an intruder. The subsequent investigation was fraught with complications. A trial date was finally set for March 2014. Pistorious was not dubbed a flight risk, and he returned to training in the summer of 2013, looking noticeably gaunt. 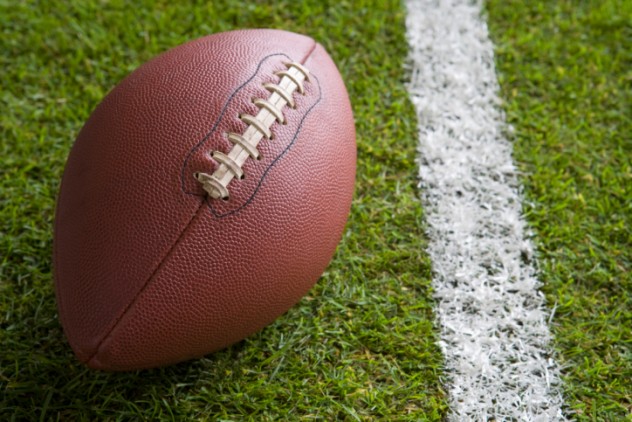 Between 1985 and 1989, Greg Gadson played football for the US Military Academy at West Point. He would go on to a nearly two-decade-long career in the army, rising to the rank of Lieutenant Colonel. On the night of May 7, 2007, while traveling in Baghdad, Iraq, he lost his legs to a roadside bomb. When Gadson’s old West Point teammate Mike Sullivan heard what had happened, he went to visit the injured serviceman at Walter Reed Medical Center. Sullivan was an assistant coach for the New York Giants. When Sullivan asked if there was anything he could do for his friend, Gadson said he’d like to take his family to a Giants game.

During the next season, Sullivan obliged. 2007 had started on a sour note for the Giants—they were 0–2 when Gadson was invited to attend a game. But Sullivan asked Greg to address the team the night before the game, and he delivered a rousing sermon on the importance of teamwork and opportunity, firing up the team.

The Giants would go on to win six straight games. On January 20, Gadson was on the sidelines, serving as honorary co-captain when the Giants played the Green Bay Packers for the NFC Championship. They won, then went on to defeat the heavily favored New England Patriots in the Super Bowl. For his contribution, Gadson was given his very own ring.

In 2012, Gadson, who had since learned to walk on bionic prosthetics, had his first acting role, appearing in the action film Battleship. 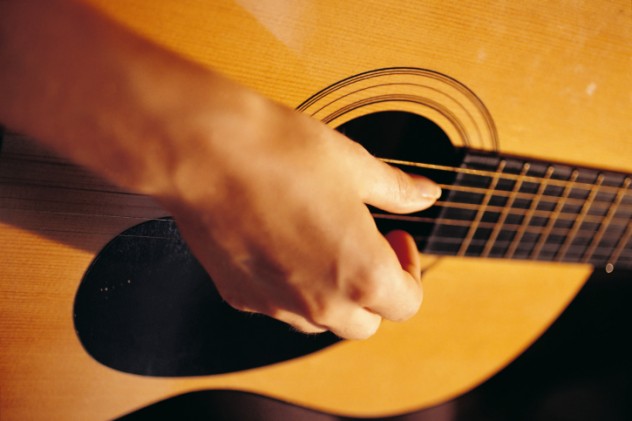 Playing the guitar is an incredibly complex venture even with all 10 digits intact, but Grateful Dead lead singer Jerry Garcia managed to become one of the most legendary players in history with a mere nine. While on vacation as a small boy, he was holding a chunk of wood to be split by his older brother, Tiff. The ax missed its mark and about two-thirds of Jerry’s right middle finger was lost. The amputation was no doubt traumatic at the time, but it certainly didn’t keep him down for long. He was rated the 46th greatest guitarist of all time by Rolling Stone, and was known for borrowing from a vast number of styles. As an adult, he was fond of giving stunted middle-finger salutes to audiences. 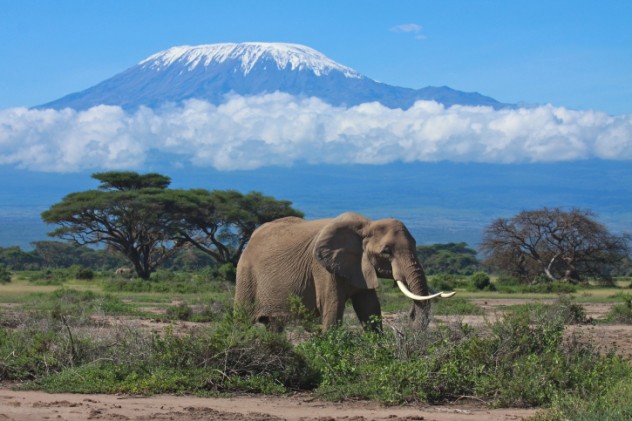 Kyle Maynard was born with small stumps for arms and legs, a condition called congenital amputation. His disability seems not to have hampered him in the least—in high school he was a phenomenal athlete, participating in both football and wrestling. In 2009, he would go on to compete in a mixed martial arts event in Alabama. His opponent, Brian Fry, was able to evade Maynard’s takedowns, but Kyle went the distance, losing 27–30 on the judges’ decision.

These alone would be enviable accomplishments, but Kyle wasn’t even close to done. In 2012, he spearheaded Mission Kilimanjaro, climbing Africa’s tallest mountain as a way of raising awareness for disabled veterans. Using bike tires secured around his limbs with tape, he crawled all the way to the top of Mount Kilimanjaro in Tanzania on all fours, the first quadruple amputee to complete the audacious stunt. 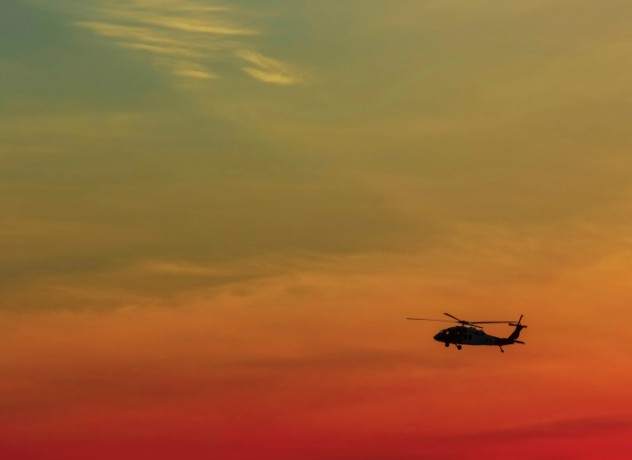 One of the many grim realities of war is the horrifying injuries of combatants. The recent conflict in the Middle East is no different. Improvised explosive devices (IEDs) have sent hundreds of soldiers back home missing limbs. Tammy Duckworth was one such soldier. A member of the Army National Guard, she was co-piloting a UH-60 Black Hawk helicopter in 2004 when it was hit by a rocket-propelled grenade. In the fiery aftermath, her legs were destroyed and she almost lost her right arm. She became the first female double amputee of the Iraq War and faced a grueling recovery.

After her military career, she became involved in politics, working to further the cause of disabled soldiers with the Department of Veterans’ Affairs. She was fitted with prosthetic legs and learned to walk. In 2013, she became the first disabled woman ever to be elected into the US House of Representatives, serving Illinois’s 8th District. 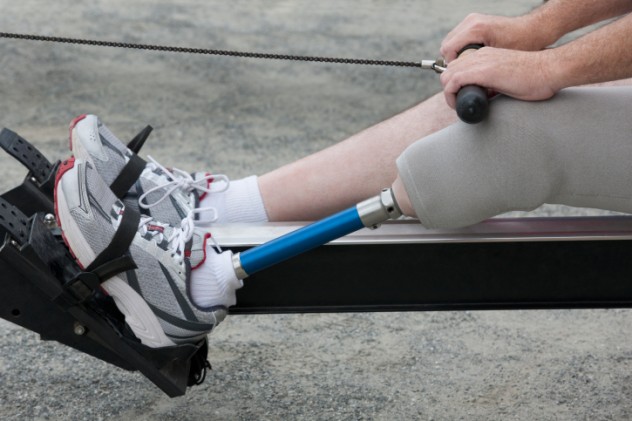 As a teenager, Hugh Herr was one of the foremost mountain climbers in the world. While scaling New Hampshire’s Mount Washington in 1982, he and a friend were caught in a freak blizzard. The rescue was a disaster—both men suffered frostbite, and one of the volunteers died in an avalanche. Herr’s legs had to be amputated below the knees, and it seemed as though his climbing days were over.

But just a few months later, Herr had completed his rehabilitation, and using prosthetic legs he’d developed himself, he was back to climbing mountainsides, as good as or better than before. He went on to earn a master’s in mechanical engineering from the Massachusetts Institute of Technology and a PhD in biophysics from Harvard. He is currently a professor, and much of his research is dedicated to robotic limb replacements. In describing his own legs, he says, “I’m titanium, carbon, silicon, a bunch of nuts and bolts. My limbs that I wear have 12 computers, five sensors, and muscle-like actuator systems that enable me to move throughout my day.” 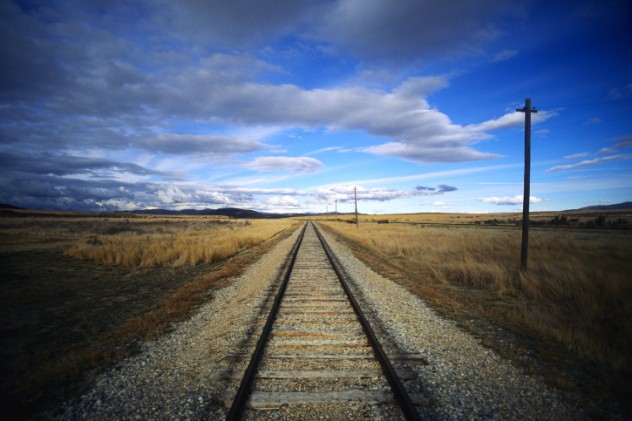 Young Cameron Clapp lost his legs and right arm as a result of teenage recklessness. At 15, he was wandering drunk near railroad tracks in Arroyo Grande, California, when he apparently collapsed. The next train that came along took both legs above the knees and his right arm near the shoulder. He was not initially expected to survive—indeed, first responders were traumatized by the condition he was in when they found him on the tracks. Doctors told the boy he might only hope to walk a few steps in his lifetime, on special occasions like graduation.

Cameron went on to prove them wrong. From the moment he was introduced to prosthetics, he never returned to his wheelchair. He has become an accomplished athlete who can run, walk, swim, and even play golf. In addition, Clapp has acted on several television shows and in the movie Stop-Loss.

His greatest accomplishment, however, has been in helping others cope with amputations. Clapp is active in the Amputee Coalition of America and has worked with many disabled veterans returning home from war in Iraq and Afghanistan. 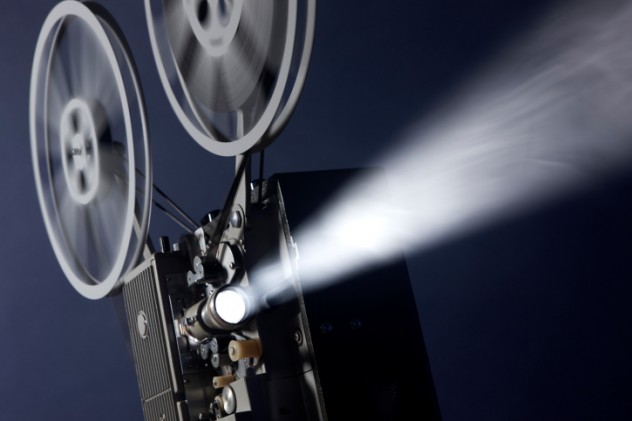 Born with the same congenital affliction as Oscar Pistorious, Aimee Mullins has accomplished more in her short life than most of us could ever aspire to. Despite having no lower legs, she became the first amputee to compete on an NCAA track team while attending Georgetown University and set Paralympic world running records before retiring from competition. In 1999, she began fashion modeling, working for Alexander McQueen, Kenneth Cole, and others. People magazine rated her among their 50 most beautiful people. But Mullins is more than just a pretty face. She is also an actress, who appeared in 2006’s World Trade Center, with several projects due out in 2014.

Aimee is a tireless advocate for those with disabilities and is a noted public speaker. She is well-known for her appearances at TED (Technology, Entertainment and Design) medical conferences, where she shares her experiences and cutting-edge ideas in healthcare. 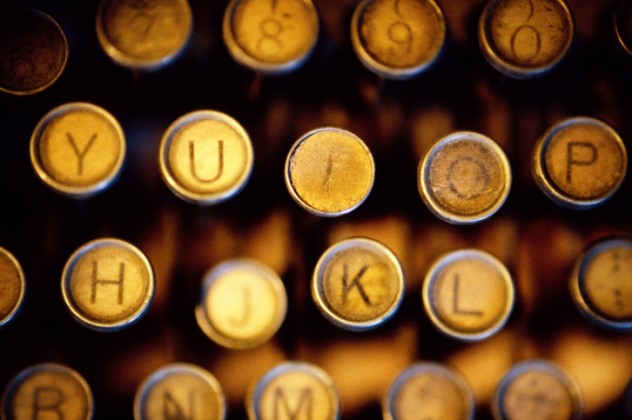 After the 2013 Boston Marathon bombing, three people were left dead and 264 wounded, some of them missing limbs. One of the most enduring, gruesome images of this tragedy was that of Jeff Bauman, a young man who had both legs blown off in one of the blasts. He had been waiting at the finish line for his girlfriend, who was participating in the race. Despite the personal horror that he had suffered, Bauman was able to provide important eyewitness testimony to the FBI, leading to the subsequent death of suspect Tamerlan Tsarnaev and the capture of his brother, Dzhokhar. Like many of those injured in the bombing, Bauman has appeared on television to share inspiring messages. Determined to resume a normal life, he has already begun walking on prosthetics. In September 2013, it was announced that Bauman would publish a memoir of his experiences in the wake of the bombing, titled Stronger.