Size really does not matter. Invisible specks of bacteria hold the power to put mankind out to the extinction pasture. In the peaceful meantime and plagues aside, scientists have a new love affair with the tiny organisms.

A lot of recent studies found that bacteria have a weird talent for producing clean energy, gold, and quantum mysteries. But that is not all. They turn up in disturbing places, do the unexpected, and are adaptable enough to merge with technology and live. 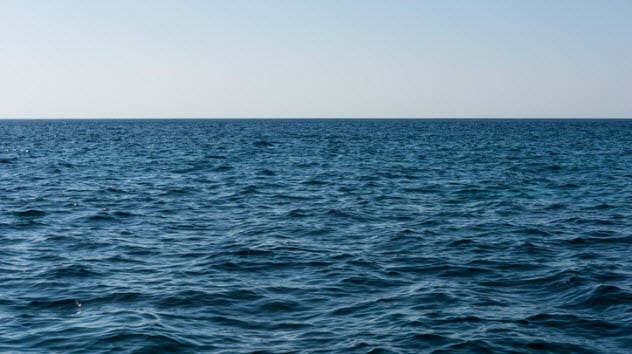 A 2018 study on deep-sea bacteria yielded unexpected surprises. Found in the Clarion-Clipperton Fracture Zone (CCFZ), the critters lived about 4,000 meters (13,000 ft) down. At this depth, it was believed that the only food available came from whatever rained down on the seafloor—dead fish, plankton, and other organic matter.

Unlike what scientists found in the North Atlantic Ocean, bacteria in this part of the eastern Pacific Ocean were the main group that consumed this rain and not bottom-dwelling animals. The bacteria also absorbed vast amounts of carbon dioxide into their biomass using a process that scientists still don’t understand.

As surprising as that particular discovery was, the implications reached further than strange bodily functions. This biomass is likely food for deep-sea life where no additional sources were thought to exist.

Amazingly, this means that harmful CO2 is removed and turned into sustenance. Calculations determined that the bacteria could run the entire region of the CCFZ and possibly recycle 200 million tons of CO2 every year.[1] 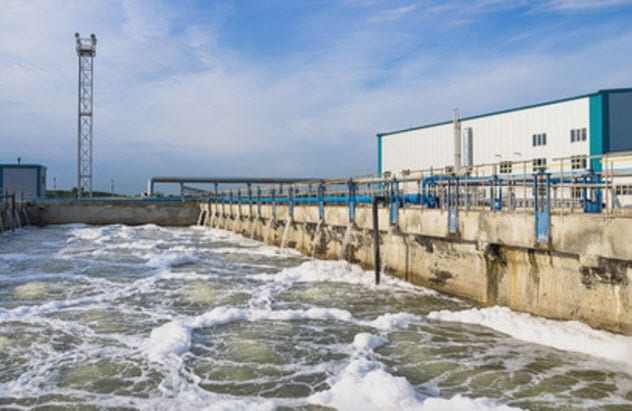 Household sewage and wastewater from industrial plants are rich power sources. They contain the necessary organic compounds to produce clean energy. However, nobody could come up with an extraction method that was effective and inexpensive. Enter purple bacteria.

In 2018, the phototropic organisms, which draw energy from light, were used for the first time to recycle waste. Unlike water treatment plants, the bacteria worked with light, had zero carbon emissions, and were also affordable.

The secret was the bacteria’s metabolism. First, they use organic molecules and not CO2 and H2O. That makes organic waste a perfect source to “feed” on. Carbon, nitrogen, and electrons are all extracted for photosynthesis.

Byproducts varied, but proteins, hydrogen gas, and biodegradable polyester have all been produced. Researchers have also found a way to speed up the feeding cycle by sending an electrical current through the purple bacteria, which are organisms filled with metabolic electrons.[2] 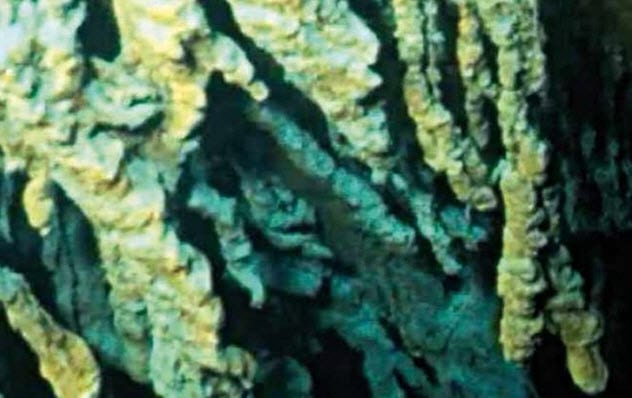 The infamous RMS Titanic sank in 1912. She remained missing for over 70 years until the wreck was found 530 kilometers (329 mi) southeast of Newfoundland, Canada.

In 2010, an expedition returned to the surface with a disheartening bug. While investigating the Titanic, researchers scooped up a new species of bacteria. Halomonas titanicae was named in honor of the ship, an ironic move as the bacteria was consuming the Titanic.

H. titanicae loves rust. That is basically what the ship is doing, rusting everywhere and providing the tiny metal wreckers the buffet of a lifetime.

The fragile icon rests on the seafloor, over 3.8 kilometers (2.4 mi) below the surface, and cannot be brought back up. The rapid disintegration also makes preservation an impossible task.

The plus side is that the new bacteria’s insatiable appetite for rust can be used to dispose of unwanted ships and ocean structures like oil rigs as well as to develop antibacterial coatings for working equipment. Sadly, scientists estimate that the Titanic could be gone in about 20 years.[3] 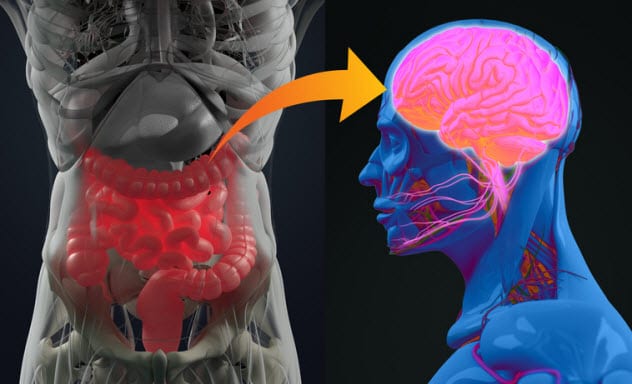 The brain is considered to be a sterile organ. Doctors know that when bacteria peek from between the folds and neurons, it is a sign of disease. In 2018, scientists examined 34 brain samples. The original purpose was to compare the brains of schizophrenia patients to those of people who had never suffered from the condition.

Instead, the high-resolution images kept showing mysterious rods everywhere. This accidental discovery turned out to be bacteria. If the organisms were somehow native to the brain, it would burn the book on neurology.

Researchers had to make sure that the brains were healthy and subsequently found no sign of bacterial disease. This left the possibility of postmortem contamination. Tests followed on uncontaminated mouse brains, which revealed that bacteria clustered in the same regions as those found in the human samples.[4]

DNA analysis provided a solid clue—the microbes were Firmicutes, Proteobacteria, and Bacteroidetes, types normally found in the human gut. The gut-brain link is well-known to science, but never before has such a direct connection been made. Even so, the purpose of the brain bacteria remains a riddle. 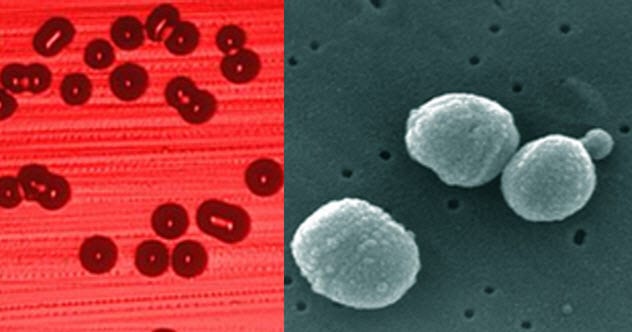 Inside the noses of mice live bacteria called Streptococcus pneumoniae. Mostly, the bugs are harmless, but they can trigger fatal pneumonia and meningitis (an action that also kills the bacteria).

To understand why S. pneumoniae would commit suicide, scientists examined the nasal passages of mice and found that this bacterium was not the only species that loved the damp environment. Sometimes, Haemophilus influenzae tries to muscle in. The two species hate each other, and the moment they meet, a war breaks out.

H. influenzae hijacks the host’s immune system to attack its opponent with white blood cells. This strategy is so brilliant that S. pneumoniae is sometimes completely removed from the nose. However, when the latter fights back, things go wrong for the host.

S. pneumoniae has a sugary shell, an armor that comes in 90 varieties. The stronger types can fight off white blood cells, invade the body’s immune system and tissues, and ultimately cause disease. In all probability, the human nose has similar rivalries, meaning that most illnesses are not attacks on the person but a nasty side effect of bacteria trying to destroy each other.[5] 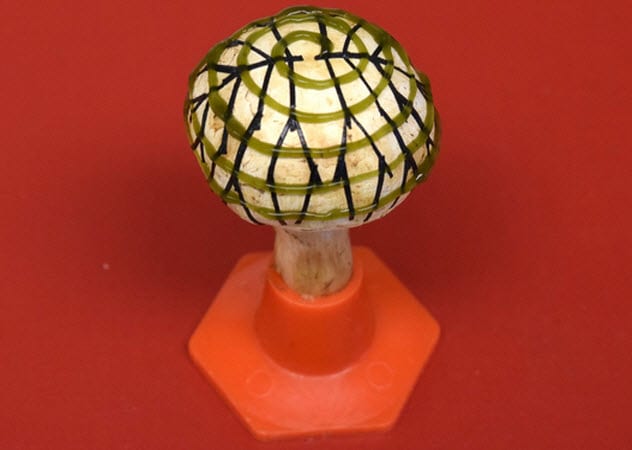 In 2018, a New Jersey laboratory wanted to create a renewable energy source. Scientists turned their attention to the common button mushroom, a plentiful fungus. Other ingredients included cyanobacteria and carbon atoms. The latter formed electrodes made of thin sheets of graphene nanoribbons (GNRs).

The mushrooms, organisms, and atoms were not chosen at random. The bacteria create photosynthetic energy, and GNRs conduct electrical currents. The mushrooms provided a natural environment for the bacteria, including humidity and nutrients, something no artificial surface could match. To create this symbiotic relationship, 3-D printing was used to embed the GNRs and the bacteria on the mushroom.[6]

The experiment was successful. The different patterns of the carbon atoms and the bacteria allowed the two to interact as a stable network. When light was shone on the mushroom, the organisms worked up an electric current which was conducted by the GNRs into wires waiting to harvest the electricity.

At the moment, the mushrooms can only produce a weak current. Future adjustments, however, promise bionic fungi that are powerful, plentiful, and a green source of energy. 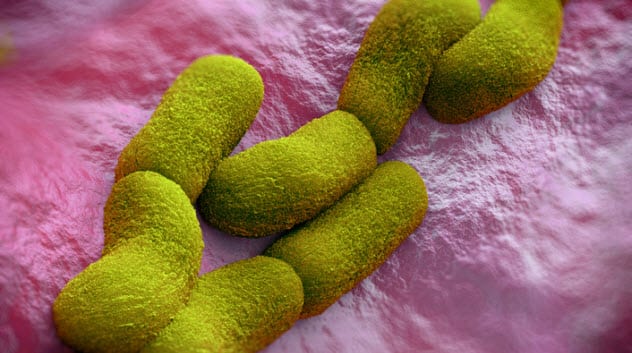 The bubonic plague was so devastating that history would end up calling it the Black Death. Across the 14th and 15th centuries, the deadly bacteria killed up to 200 million people in Europe.

Today, scholars are increasingly worried that global warming could cause another outbreak. This is not as crazy as it sounds. Permafrost harbors bacteria indefinitely, including some of the worst diseases on the planet. When the frozen pathogens thaw, they are released into the environment with deadly effect.

This became a tragic reality in 2016 when melting ice released anthrax in Siberia. The event infected over 40 people, killed a child, and wiped out 1,500 reindeer. The Paris Agreement, an international environmental initiative, has vowed to keep the rising of the world’s temperature under 1.5 Celsius degrees (2.7 °F). However, some scientists believe that the agreement cannot be honored.

The implications are frightening. When the Black Plague began in the 1340s, the world’s heat experienced a 1.5-Celsius-degree (2.7 °F) rise which caused the lethal Yersinia pestis bacterium to bloom. Should this happen again, the softening permafrost could release global pandemics—and not just the Black Death.[7] 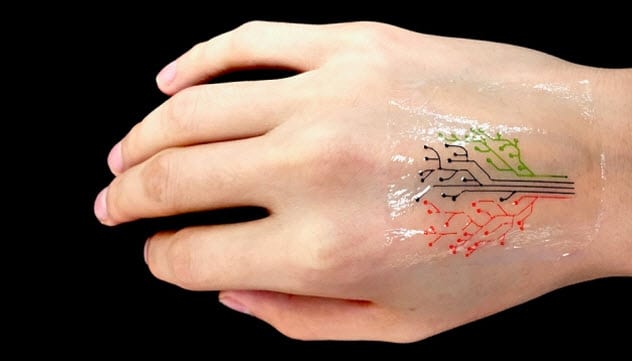 In 2017, MIT chose bacterial cells for a 3-D printing project. It led to one of the most intriguing inventions ever to involve bacteria—living tattoos. The result resembled a stick-on image of a tree or the branched lines of electronic pathways.

Bacterial cells were chosen because they were tougher than those of mammals and could survive the printing process. They also happened to be compatible with hydrogels, one of the things required to make the tattoo.

First, the bacteria were engineered to turn into different fluorescent colors. The next step was to develop an ink that contained hydrogel, the cells, and nutrients to keep them alive. The fluid was delicate enough to be used in high-resolution printing of 0.03 millimeters. The researchers drew the tree pattern on elastomer. Then the sheet was placed on a volunteer’s skin that had previously been treated with chemicals.[8]

As they had been engineered to do, the bacteria lit up and turned visible once they came into contact with the compounds. A very distant hope is to one day produce wearable patches that release medicine (like glucose) into a patient’s body over a period of time. 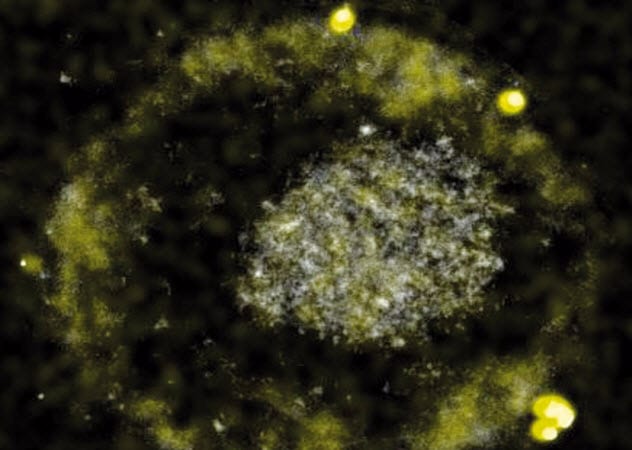 Cupriavidus metallidurans is a bizarre species. It snacks on toxic metals and poops gold. Discovered in 2009, scientists had to wait until 2018 to solve this alchemy riddle.

Unlike most other biological organisms, C. metallidurans thrives in soil packed with poisonous heavy metals. Two membranes surround the bacteria. In between exists a space called the periplasm, and it acts like a detox chamber.

Usually, the periplasm stores excess copper. This metal is needed for the bacteria’s feeding process, but too much can kill it. The recent study found that a special enzyme (CupA) safely relegated unnecessary copper into the periplasm.

Gold is a worse danger. When the bacteria come into contact with gold ions, an unstable version of the precious metal, they risk serious damage. The ions can disrupt the copper detox system.

Remarkably, researchers found that the bacteria developed a second enzyme (CopA) to deal with this. CopA turns the ions into a stable metal inside the periplasm. Once the latter is stuffed, the outer membrane tears and tiny gold nuggets are released, sometimes as big as sand grains.[9]

1 They Touch The Quantum World 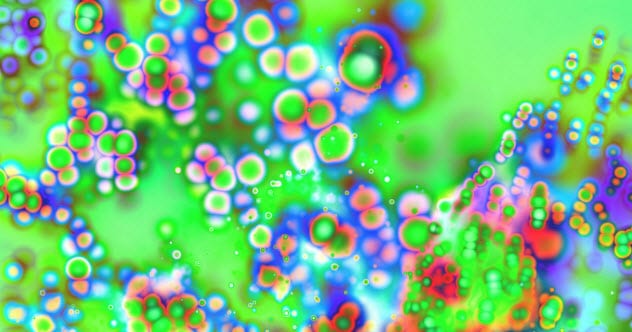 In 2018, scientists wanted to know where the quantum world ended and the “real” world began. Quantum physics governs infinitesimally tiny things like particles. The rest, like humans and bacteria, belong to the other side.

For the most part, it is believed that quantum effects reduce to nothing as they cross over into the larger world. To prove that this was not the case, researchers had another look at an experiment done in 2016 at the University of Sheffield.

During the test, bacteria were placed inside a room of mirrors and subjected to a special light frequency. Only a few organisms showed quantum effects by displaying a limited connection between their photosynthetic molecules and the light’s electrons. This state is known as quantum coupling.

According to the 2018 review, the bacteria might have done vastly better than the Sheffield study suggested. New experiments yielded positive results for entanglement, a major quantum effect never before seen in living creatures.[10]

Entanglement is the mysterious ability shared by two entities when they link up their states despite being separated by incredible distances. An interesting possibility is that bacteria have evolved to blend with the quantum world to reap unknown benefits.