Throughout history, scientists have experimented with animals in their quest for knowledge. While most of these experiments seemed logical, a few bordered on the downright insane. Some were so mind-bogglingly weird that we can’t help but ask, “What on Earth were they thinking?”

While reading like something out of an X-Files plot, there are tons of well-documented records of scientists who successfully grafted one dog’s head onto another dog. American scientist Charles Guthrie managed to achieve this feat in the early 1900s. His creation “lasted” for 26 minutes. During the Cold War, Russian scientists A.G. Konevsky and Vladimir Demikhov successfully replicated Guthrie’s experiments in separate incidents. As Konevsky’s operation was accidental (he wanted to perform a heart transplant instead), it was Demikhov who gained worldwide notoriety for his two-headed dogs. He improved the grafting process and was able to complete 20 operations. Of the 20 subjects, one survived up to a month. 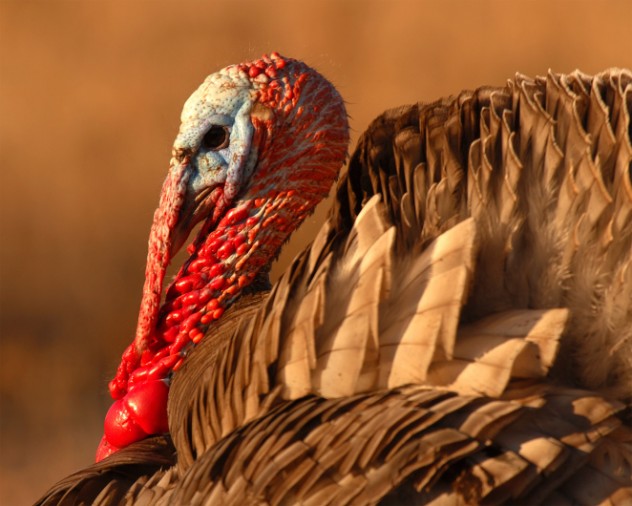 In the 1960s, Pennsylvania researchers Martin Schein and Edgar Hale observed that male turkeys mated with female turkey models as eagerly as they would the real thing. Intrigued, the duo placed the male turkeys in a series of even weirder experiments. They hypothesized that the male turkeys were erotically focused on the female’s head. They slowly removed the model’s body parts one by one until only a head on a stick remained. Nevertheless, the male turkeys remained aroused by the head, and even preferred it over a headless body. Now here’s where the experiment truly gets bizarre. The researchers got a real severed female turkey’s head and placed it on a stick. They also put up a dried male head, a two-year-old withered female head, and a head made of plain balsa wood. Undaunted, the male turkeys tried to mate with every single one of them.

American scientist Robert White is credited as the first man who successfully performed a “true head transplant.” While Demikhov grafted an extra head onto a living dog’s body, White went the extra mile and managed to transplant a severed monkey head on another specimen’s decapitated body in the ’70s. Prior to that operation, White had successfully attached a dog’s brain onto another dog and kept a monkey’s detached brain alive outside its body. From an interview with White himself, the decapitated monkey revived after it was reattached to the body and even tried to bite a member of White’s team. However, the monkey couldn’t move its body as there as there was no known method yet of re-attaching the brain to the spinal cord. The monkey lived for a day and a half before expiring. For reasons undisclosed, White never got the chance to try his method on human beings. However, present-day scientists have said that we may see the first human head transplant in this century. 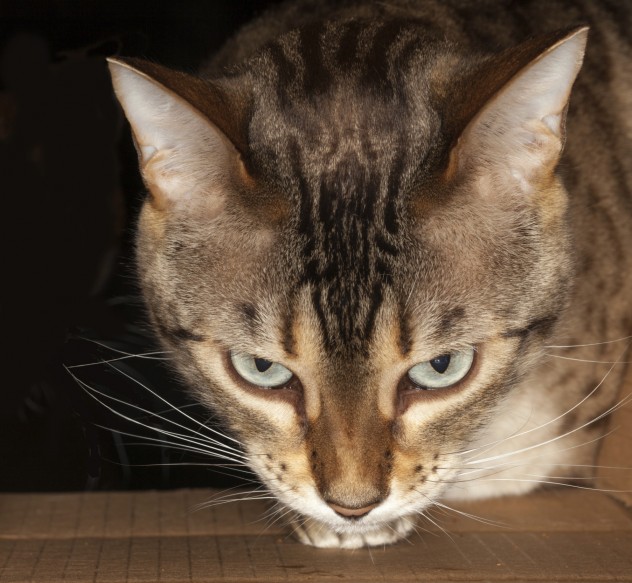 German scientist Karl August Weinhold believed that the human brain was like a battery that was attached to several “wires,” namely the nervous system. This real-life Dr. Frankenstein set out to prove his point in 1817, when he performed an experiment on a kitten. In his own words, Weinhold provided explicitly gory details of his experiment:

“[The] animal lost all life, all sensory functions, voluntary muscles movement, and eventually its pulse. Afterward, I filled both cavities with the aforementioned amalgam (zinc and silver). For almost 20 minutes, the animal got into such a life-tension that it raised its head, opened its eyes . . . finally got up with obvious effort, hopped around, and sank down exhausted.”

While Weinhold’s experiment may be considered insane and unethical today, this was during the time when the science community was obsessed with reviving the dead. In fact, a year after Weinhold’s experiment, Mary Shelley released her wildly popular classic novel Frankenstein. 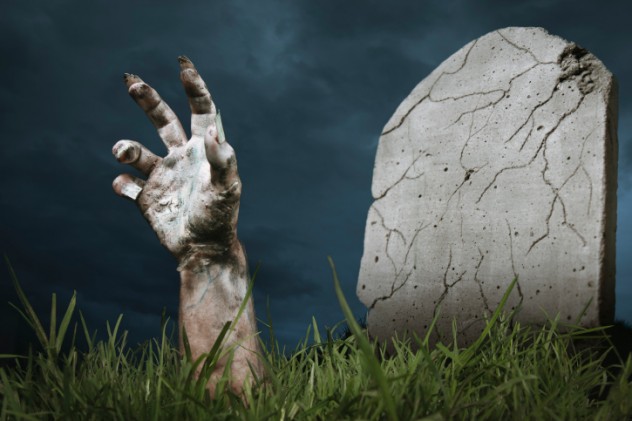 In the 1930s, University of California researcher Robert Cornish believed he could revive dead organisms as long as they hadn’t suffered major organ damage. He asphyxiated four fox terriers, which he all named “Lazarus” (the biblical character whom Jesus brought back to life) and placed them in a seesaw-like machine. The odd contraption circulated the corpse’s blood by moving up and down while Cornish administered a cocktail of adrenaline and anticoagulants.

He failed to revive his first two subjects but succeeded with the last two. Although blinded and severely brain-damaged, Lazarus 3 and 4 lived for months at Cornish’s home. The researcher became so infamous that the university kicked him off the campus and he had to continue his work in a makeshift lab near his home. In 1947, Cornish reappeared with a new resurrection machine and looked for a human volunteer. A prisoner on death row, Thomas McMonigle volunteered for the project, but state officials were afraid that they might have to free him after the execution and declined Cornish’s request. The disheartened researcher went home and lived the rest of his life selling toothpaste. 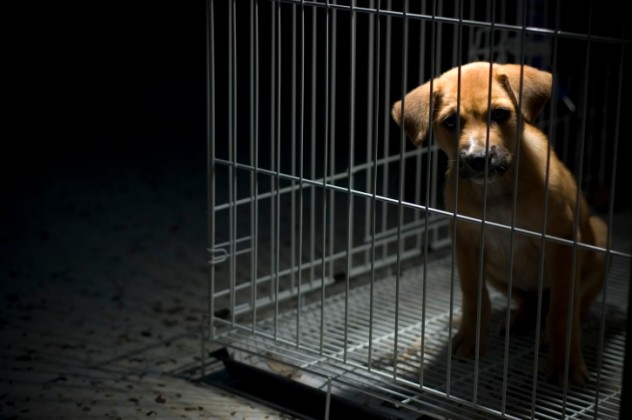 In a follow-up to the infamous Milgram experiment, researchers C.L. Sheridan and R.G. King came up with an even more brutal version. They hypothesized that some of the subjects suspected that their human victim was faking the electric shocks, so they decided to replace the victim with a live puppy. The shocks administered were harmless—but enough to elicit responses from the puppy. After the tests, the researchers compiled their data and reached a shocking conclusion: Of the 26 subjects (13 men, 13 women), all the women administered the shocks up to the highest level. On the other hand, 50 percent of the men refused to administer any more shocks they perceived as severe.

4 An Elephant High On LSD 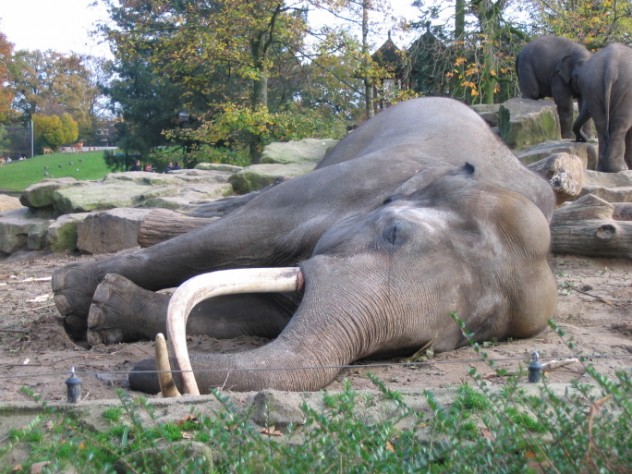 Oklahoma researchers Louis Jolyon West and Chester M. Pierce wanted to find out would happen when an elephant tripped on acid. On August 1962, the researchers went to the local zoo and found a suitable subject named Tusko. Zoo director Warren Thomas who fired an LSD-filled syringe bullet right into Tusko’s rump. The syringe contained 297 milligrams of LSD, which was 3,000 times the normal dose for a human. The researchers disclosed that they wanted to see if LSD would induce musth—a temporary aggression that male elephants experience—so they opted for the absurdly high dose.

The result was less than spectacular: Almost immediately, Tusko moved around erratically. And then he promptly keeled over and died. The disastrous experiment made headlines and forced the researchers to search for any meaningful lessons. Thomas suggested that the LSD could be used to cull large and troublesome herds. Four months after the debacle, the scientists stated the obvious in a scientific journal: Elephants were highly sensitive to LSD.

3 Dolphin Gets Intimate With A Human 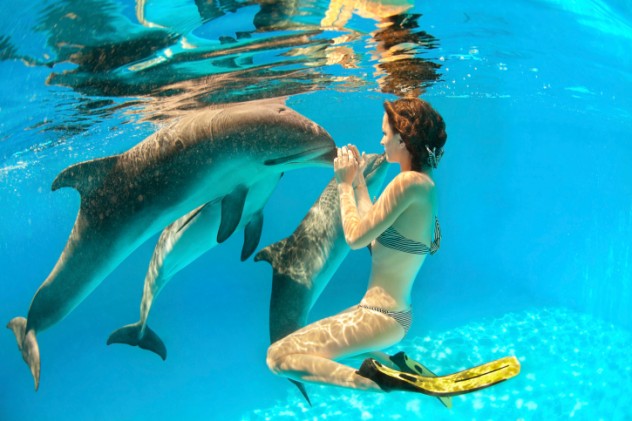 In 1967, dolphin researcher John Lilly published his controversial book The Mind of The Dolphin, which detailed his assistant Margaret Howe’s time living and teaching a male dolphin named Peter to speak. The pair lived together in a flooded house for six months. During that time, Howe played with Peter and taught him to speak basic English words. After a while, Peter became more amorous and repeatedly tried to mate with Margaret. Finally, she acquiesced to his sexual demands and stroked Peter’s “dolphinhood” with her hands and feet; she even did this when other people were present. Toward the end, she concluded that Peter trusted her enough to be intimate with her. The strange experiment did nothing to bolster Lilly’s reputation; federal funding for his research stopped when authorities discovered he also gave dolphins LSD to make them talk. 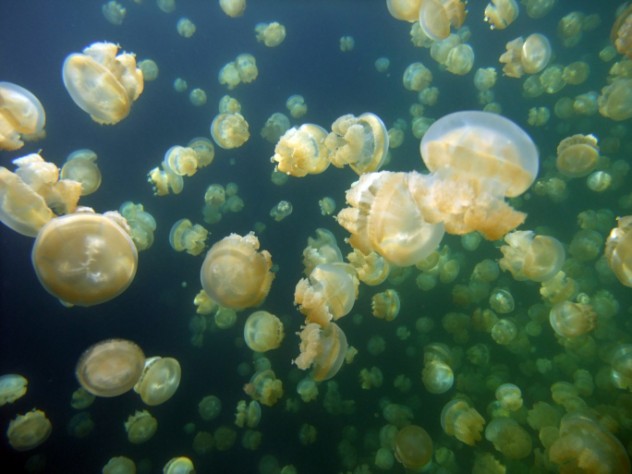 Dr. Dorothy Spangenberg, a scientist with the Eastern Virginia Medical School, wanted to know what effects gravity would have on future humans born in space. And what better way to find out than to launch a few thousand jellyfish there first (seriously, no one had a better idea?). On June 5, 1991, she and her team packed 2,478 baby jellyfish alongside the crew of the Columbia space shuttle for their experiment. The jellyfish adapted well in orbit, and their numbers soon reached 60,000.

Unfortunately, when they were brought back to Earth, these space-borne jellyfish were noted to have greater “pulsing abnormalities” than usual, which was a fancy way of saying they had vertigo because they couldn’t adapt to the gravity. The scientists concluded that humans, who share similar gravity-sensing appendages with the jellyfish, would likely experience the same problems if they were also born in space.

Experiments in the Revival of Organisms

In 1928, Russian scientist Sergei Brukhonenko shocked his fellow Soviet scientists when he presented his bizarre life-support machine. He claimed his “autojector” machine made it possible to keep a head alive through continuous blood circulation while the rest of the body went through intensive surgery. To prove his point, he presented a film of what appeared to be a disembodied dog’s head being tested to various stimulations. Amazingly, the head blinked when he shone light in its eyes and flinched when he banged a hammer on the table nearby. Finally, he fed the head a piece of cheese, which went through the esophageal tube. We should note that this experiment has been hotly debated and was never independently verified.