Generally, problem fixing appears very straightforward—locate problem and shoot it down with a drone, or throw money at it until it goes away. However, not all people choose the easy way. Some, in fact, go for the most complex way possible. 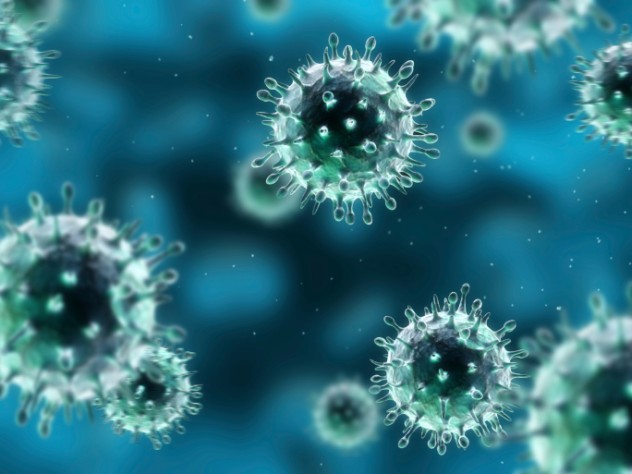 Anyone who knows anything about vaccines and the curing of diseases knows that it involves weakening the illness first and defeating that weaker version. Sounds like a plan, right? Strengthening diseases is so crazy that not even scientists would do it, but that’s exactly what they did.

Netherlands researchers have proposed creating a more contagious and deadly version of the bird flu virus—you know, the one that led to mass casualties in African and Asian countries. They want to use this deadlier version to gain new insight on how the virus works, as well as learning how to create a vaccine.

The process of creating vaccines is a difficult one, requiring the researcher to have knowledge of the individual genes and how they may function to counter the body’s defenses. Unlocking each individual gene function is important here. The researchers assure us that it’s completely safe, as they take precautions and are under oversight.

Blood clots are tricky and dangerous, especially when they are located in the brain. It’s no surprise that surgeons would want to make them easier to deal with, but the method they’ve chosen is downright creepy. Vanderbilt University doctors and engineers have risen to the challenge and collaboratively designed a robot that helps extract blood from clots.

This robot is equipped with a thin needle and a cannula, which is a multi-layered tube that’s used to clear blood clots from the inside of the skull. A CAT scan guides the robot to the chosen location, where it then inserts tube into the brain. The needle then slides through the tube and, with the help of an external pump, extracts blood.

In most lab tests, this method removed 92 percent of a blood clot on a jelly test brain. In future upgrades, this robot will learn how healthy brain tissue deforms around blood clots and will incorporate that into its calculations. It might not be too long before we have robots poking inside our brain to fix us. 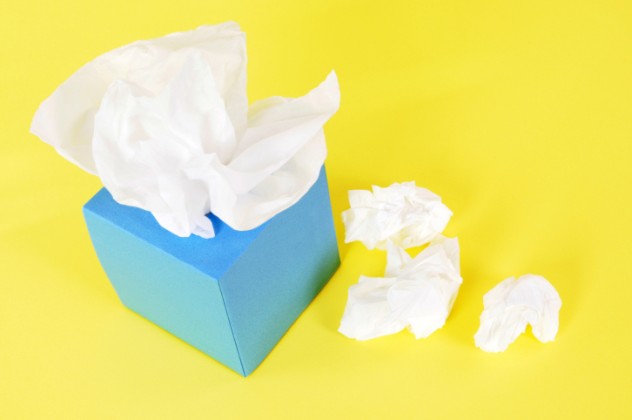 Smartphones, smart homes, smart watches—isn’t there a limit to what can be made smart? Apparently not. GE researcher David Moore and scientists from the University of Washington are developing sheets of smart paper that can help determine whether you’re ill.

The size of a deck of cards, this portable doctor can detect pathogens in your body within an hour using a simple nasal swab. After applying the sample, a pattern of spots will appear, which the companion smartphone app will interpret. Of course, for more serious infections, you still have to go to the doctor, but it would be pretty neat to find out if you’re dying before you get there. 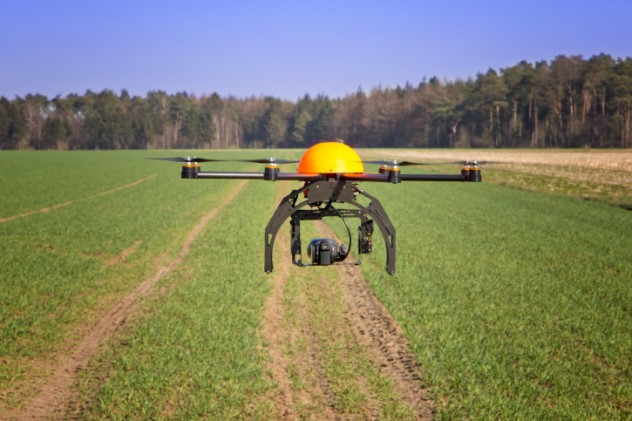 Other than being hovering tools of death, drones have several other uses—like being hovering tools of mosquito death. If you’ve ever been frustrated by a swarm of mosquitoes during a trip to Florida, the Florida Keys Mosquito Control District feels your pain. To that end, they are testing a bunch of unmanned aerial vehicles for their efficiency in wiping out the bloodsucking scum.

While that image you have in your head of drones blasting mosquitoes with missiles may be fun to imagine, the reality is a bit less extravagant. The drones will only be used to detect pools of stagnant water, upon which vans of FKMCD agents will swoop in to clean up the mess.

Seizures aren’t pretty. They don’t feel good and they certainly don’t sound good—or do they? Experts in music and neurology have teamed up to discover what a seizure sounds like. The unlikely duo managed to create an audio EEG of brain activity in both a normal state and a seizure state. They translated the rapidly firing neurons to music to allow others to empathize with the patient and understand what happens to the brain during a seizure.

They are now working on converting this technology to a user-friendly model which can be used at home by caretakers and parents to detect oncoming seizures. While this device is far from being commercial just yet, it could eventually help epileptics and cancer patients enormously. 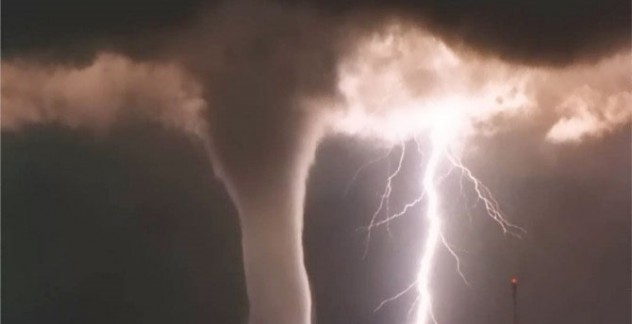 Storms are an expression of nature’s fury and stand to highlight man’s weakness in the face of raw uncontrolled energy. If science keeps on progressing, however, it may not be that way for long. Some researchers have discovered that lasers can be used to influence water condensation in the air, and perhaps be able to control rainfall.

It sounds crazy, but it’s feasible enough that the second Conference on Laser, Weather. and Climate will be held this year in Geneva. If all goes as planned, we may be able to control weather for parts of the planet—and hopefully not turn it into a deadly weapon in the process.

Scientists who research extraterrestrial life tend to have a thing for Europa, Jupiter’s moon. That’s no surprise—it has one of the largest collections of ice in our solar system, and because ice and water are associated with life, scientists naturally want to investigate this further. However, being human and all, they can’t really do much. To solve this problem, scientists are in the process of building a space bullet to help smash the ice on Europa.

British Engineers have tested a miniature version of this weighing about 20 kilograms (45 lbs) and moving just under the speed of sound. The projectile was able to smash the ice used for the test into dust and emerge unscathed. The full-sized version would weigh at least a few tons and need to have the same effect on Jupiter’s moon for the mission to be successful. While that remains a few years away, sci-fi nerds are rumored to have gone extinct from the anticipation. 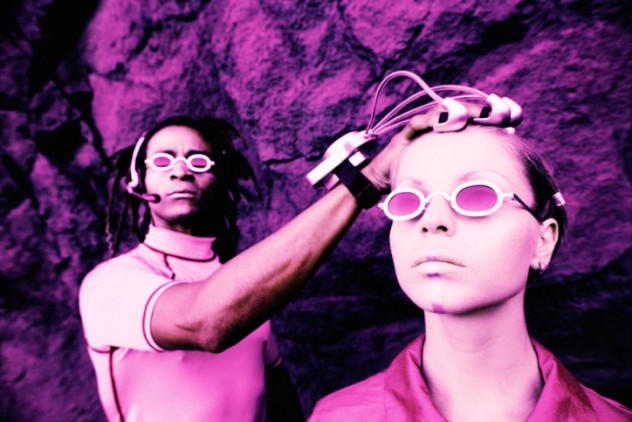 At this point, we don’t have to tell you that science can do a lot of stuff with your brain—you know, simple things, like mind-reading. That’s right, scientists have the technology to to read your mind. Researchers have demonstrated the ability to use data from an MRI scan of people looking at letters to determine exactly which letters the subject was looking at during the scan.

The procedure could be very helpful to facilitate communication in people who are unable to do so. The team is currently working on ways to maximize the utility and accuracy of the data. 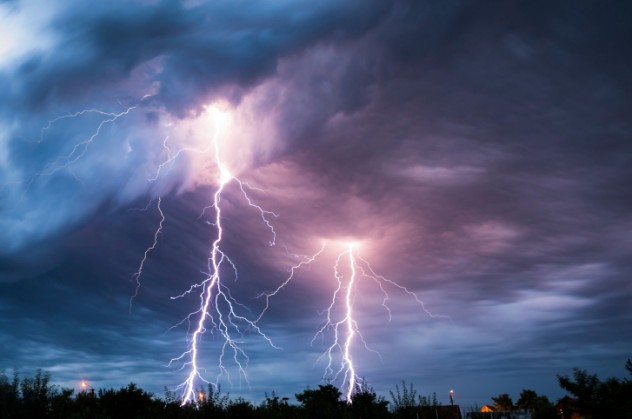 Indonesia has recently been hit with a glut of wild fires. The smoke damage and heat haze have been a big problem for individuals, businesses and the governments. To fight this scourge, the Indonesian government has resorted to rain-making. Yes, you read that right.

In the interest of playing God, the Indonesian government has used a fleet of aircraft to “seed” the clouds. Cloud seeding involves adding silver iodide, dry ice, or liquid propane to the formation, which increases the amount of rain that falls from it. The operation was a slight success with the fires being moderately reduced.

Forget assassinating rogue mosquitoes in Florida—who cares about that when you need your sister’s wedding cake delivered to you ASAP? A Shanghai bakery called Incake says it has responded to the wishes of its clientele who needed finely made cakes baked and delivered yesterday. Incake management had two goals: Deliver the cakes quickly and still be environmentally friendly. The solution? Drones.

The drones were equipped with six rotors, which allowed them to retain enough lift to carry a small cake-sized parcel through the city to the client. Unfortunately, the drones only delivered five cakes before the program was suspended by the company because of complaints made by the police.

Such complaints haven’t deterred Domino’s Pizza’s UK branch from floating a concept video of the same method in London. It’s a novel idea, but most people probably prefer the onerous task of picking up a pizza to a neighborhood drone strike.

You can find Michael on Twitter or reach him by email.