While humanity has certainly accomplished some impressive feats, it turns out that we’re still small fry compared to the rest of the universe. Space’s entries in the “most extreme things” contest take all of the medals—and then destroy them in a variety of spectacular ways. 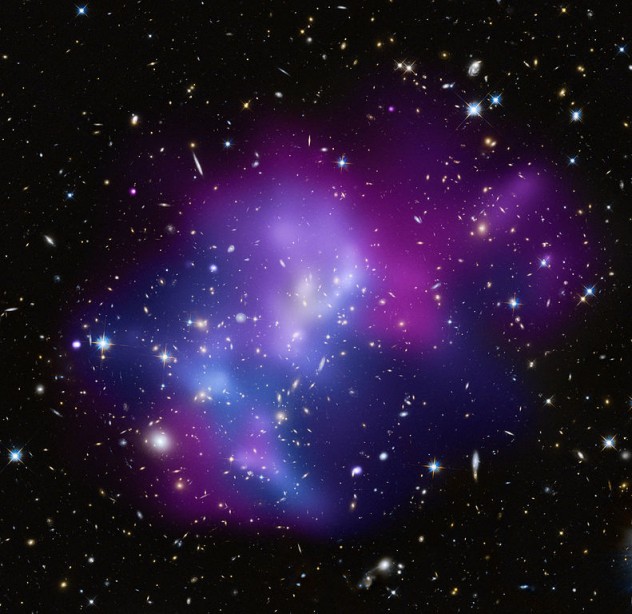 Einstein’s General Theory of Relativity has a number of implications. Amongst them is the idea that light doesn’t always go in a straight line. Space itself, through which light travels, bends around any object with mass. The more massive the object, the more space bends. What that means is that when light flies past a star, for example, it will curve towards the star and change direction. One result of this is an effect known as Einstein rings. If a body is shining its light out in all directions behind a massive object, the light will all bend towards the massive object and form the illusion of a ring to us on the other side.

The largest cosmic lens ever found has the memorable name of J0717.5+3745. It’s the most crowded galactic cluster ever found, described as a “cosmic free-for-all” 5.4 billion light years from Earth. These lensing effects are useful for studying things in the universe that have mass but don’t emit radiation. We just need to look for the lensing effect in areas where there’s no regular matter to explain it. Scientists were able to use Einstein rings in J0717.5+3745 to map out its dark matter and have produced a picture with the additional mass added in false color. 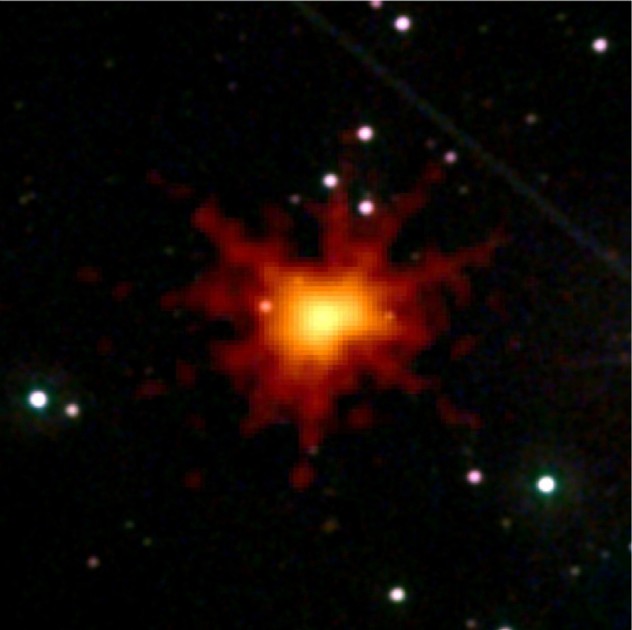 The most powerful X-ray burst ever seen was picked up by NASA’s Swift telescope in June 2010. The blast, which had come from five billion light years away, was bright enough to overwhelm the satellite to the point where its data processing software simply shut down. One of the scientists that worked on the project described it as like “trying to use a rain gauge and a bucket to measure the flow rate of a tsunami.”

The blast was 14 times brighter than the strongest continuous X-ray source in the sky, but that source is a neutron star that is 500,000 times closer to Earth. The cause of the intense burst is a star morphing into a black hole, yet scientists didn’t ever expect to see anything quite this bright. Curiously, even though the X-ray emissions were record-breaking, emissions in other spectrums were perfectly normal. 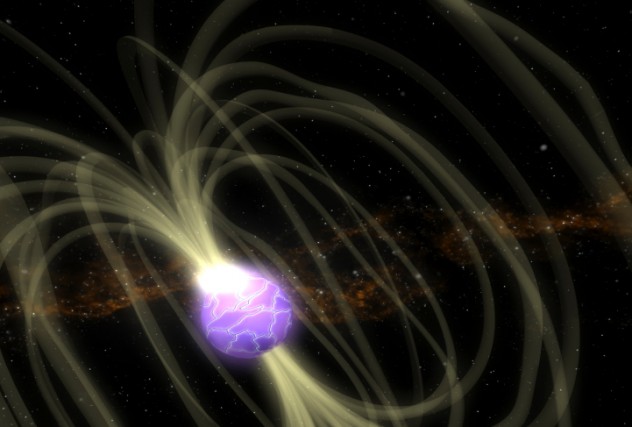 The record for strongest cosmic magnet belongs to neutron star SGR 0418+5729, observed by the European Space Agency in 2009. Scientists devised a new technique for processing X-ray emissions that allowed them observe the magnetic field under the star’s surface. The ESA themselves described it as a “magnetic monster.”

Magnetars are pretty small, around 20 kilometers (12 mi) wide. Size-wise, you’d be able to fit one quite easily on the Moon. But it’d probably be best if you didn’t: Even from that distance, the magnetic field would be strong enough to stop a locomotive on Earth. Luckily, this one is 6,500 light years away. 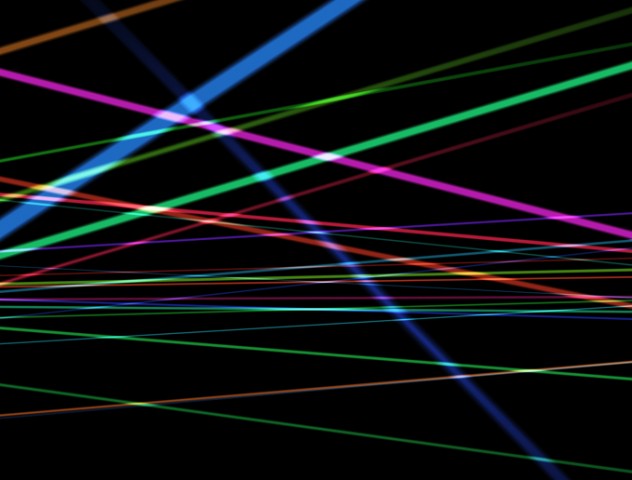 Lasers have been pretty useful over the last few decades, so we shouldn’t be surprised that they get all of the good PR. Their cousins from further along the spectrum are called masers, which are the same thing but with microwaves instead of light. The most powerful manmade laser, for comparison, reached a peak power of 500 trillion watts. The universe makes this look like a damp candle, sending out masers with a power of one nonillion watts. In numbers that you’ve heard of, that’s a million trillion trillion—about 10,000 times the power output of the Sun.

Poets will be pleased to learn that masers are produced by quasars, which are large discs of material collapsing into the massive central black holes of distant galaxies. Surprisingly, the source of these most powerful masers is water. The water molecules in the quasar bump into each other, emit microwaves, and cause their neighbors to do the same. This chain reaction amplifies the signal into the masers we see. Masers from the quasar MG J0414+0534 were detected in 2008 and provided evidence of water 11.1 billion light-years away. 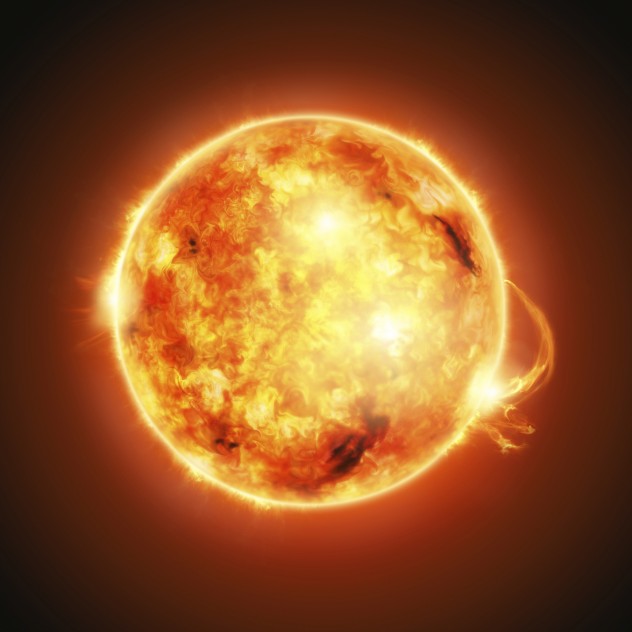 The universe is around 6,000 years old, give or take 13.7 billion. The oldest object whose age we can directly measure is HE 1523-0901, a star in our own galaxy. Measuring the age of a star is done with radioactive clocks in much the same way we use carbon to measure the age of human artifacts. Only elements with a very long half life—such as uranium or thorium—can work over this length of time. Measurements made by the European Southern Observatory in Chile were able to pick up on six different ways of measuring the star’s age, confirming it to be 13.2 billion years old.

There are other objects whose age we can’t measure but can infer. Some of them appear to be even older than HE 1523-0901. HD 140283—nicknamed the “Methuselah star”—is a star that has long caused trouble. Initial estimates of its age gave figures that would make it older than the universe. More accurate measurements made possible by Hubble brought the figure down from 16 billion years to around 14.5 billion, with error bars that bring it inside the age of everything else. 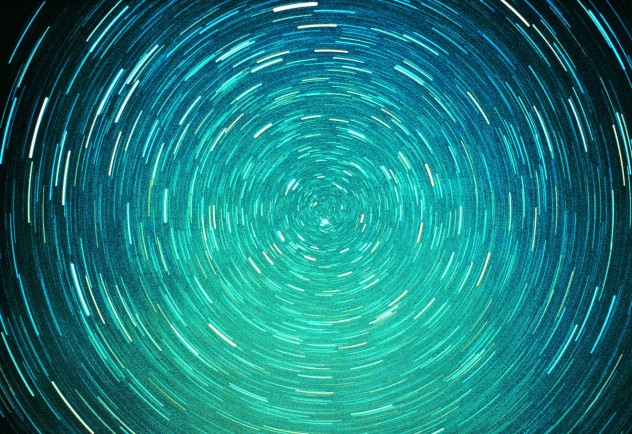 Scientists recently created the fastest manmade spinning object, which rotated 600 million times per second. That’s impressive, but the object was only 4 millionths of a meter wide so its surface was travelling at around 7,500 meters per second). That sounds quick (and it is), but it’s peanuts compared to what space can serve up.

VFTS 102 is the fastest spinning star we’ve ever found, and its surface goes upwards of 440,000 meters per second (1 million miles per hour). It’s 160,000 light years away from us in the awesomely named Tarantula Nebula in one of our neighboring galaxies. Astronomers think the star used to have a companion star that went supernova, blasting the survivor into its cosmic twirl. 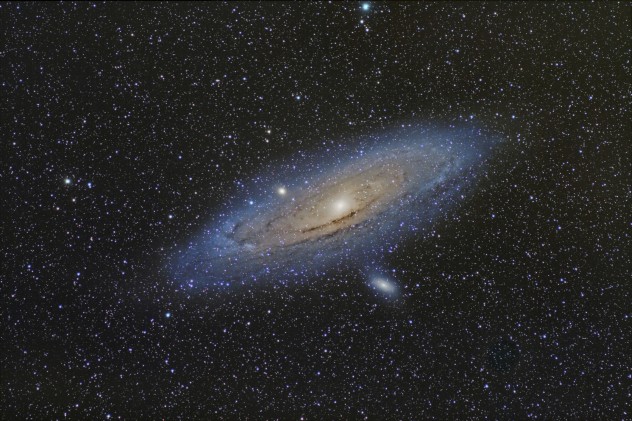 Unless you get your physics lesson mainly from Will Smith movies, you’ll know that galaxies are all pretty big. Our own Milky Way is 100,000 light years across. You could fit 50 Milky Ways into IC 1101, the largest galaxy ever found. It was first observed in 1790 by William Herschel, and we now know it’s over a billion light years away. That’s quite a distance but still only a fraction of the record for farthest away.

The most distant galaxy ever found is called z8_GND_5296—around 30 billion light years away from Earth. The galaxy is from around 700 million years after the start of the universe itself. (At that distance, it takes light so long to reach us, we’re actually looking back in time). What is curious about the galaxy is its rate of star production, which is hundreds of times faster than that of the Milky Way. The next generation of space telescopes will push our ability to see back in time even farther—to some of the earliest stars formed in the universe. 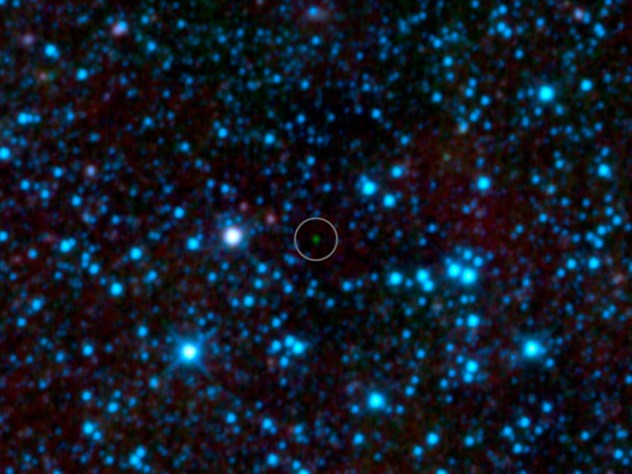 There are a lot of words you could use to describe a star: hot, big, bright, very hot, very big, and so on. Yet stars don’t always fit our expectations. The coldest class of stars—brown dwarfs—are actually pretty cool. WISE 1828+2650 is a brown dwarf in the Lyra constellation with a surface temperature of 25° Celsius (80° F), which is 10° C cooler than a person with hypothermia. Often called a “failed star,” it didn’t have enough mass to ignite when it collapsed on itself.

Stars this dim cannot be seen in the visible spectrum. The WISE part of its name is from the Wide-field Infrared Survey Explorer. NASA uses WISE to find brown dwarfs and to gain insights into their formation, and they have to find them in the infrared spectrum. WISE has found over 100 brown dwarfs since it was launched in December 2009. 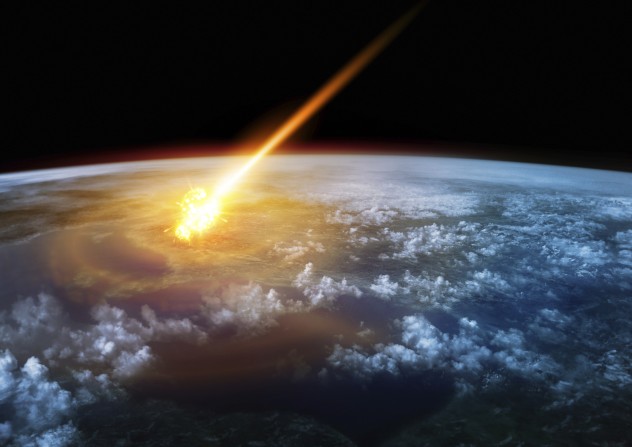 If you happened to be in California on April 22, 2012, then you might have been lucky enough to see the Sutter’s Mill meteorite blazing through the sky. Seeing a meteor is always cool, but the fireball above the Sierra Nevada foothills on that day was particularly special—it’s the fastest we’ve ever recorded. It was traveling 103,000 kilometers per hour (64,000 mph), almost twice as fast as we’ve ever shot a rocket.

Scientists brought together information from a number of sources, including weather radar, pictures, and videos of the meteor. This allowed them to triangulate its trajectory and figure out not only its speed, but where it came from. They were even able to produce a picture of its orbit. Before hitting Earth it used to travel almost as far out as Jupiter. The gas giant likely launched it towards us.

The meteorite was interesting for other reasons as well. It was made of carbonaceous chondrite, a rare material. These meteorites have been called “time capsules,” as they’ve been almost unchanged since they formed in the early solar system 4.5 billion years ago. Scientists are typically able to track objects in the sky without knowing much about what they’re made of, or analyze a meteorite in a lab without knowing where it came from in space. Having both pieces of information at the same time is of “huge added value,” according to a geologist from Australia’s Curtin University. 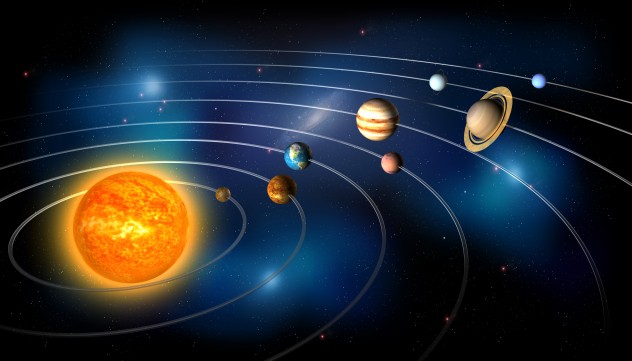 Binary star systems—where two stars orbit their common center of mass—are quite common. Some of them even have planets and there’s a system with six stars in mutual orbit. However, some of them are going very, very fast.

The fastest orbit of two normal stars around each other is in a system called HM Cancri. These two white dwarfs—the dead remnants of stars like our Sun—are separated by a distance only three times the width of the Earth. They zoom through space at 1.8 million kilometers per hour (1.1 million mph), spraying hot gas at one another and unleashing large amounts of energy. It takes them less than six minutes to complete a full orbit.

More unusual binary pairs have been found that move even faster. Scientists have observed a black hole named MAXI J1659-152 which forms a binary pair with a red dwarf that is just 20 percent the size of the Sun. The black hole orbits relatively slowly, just 150,000 kilometers per hour (93,000 mph). Its companion, however, whizzes around at 2 million kilometers per hour (1.2 million mph). The red dwarf is farther away from their shared center of gravity (otherwise they’d crash into one another), but it’s constantly losing material to the black hole and will eventually be destroyed.

The current record holder for fastest binary orbit goes to a dying star orbiting with a super dense neutron star. The neutron star is the slower of the two, but has the fantastic name “black widow pulsar” to make up for it (its less cool name is PSR J1311-3430). Its orbital speed of just 13,000 kilometers per hour (8,100 mph) is quite slow—Earth goes around the Sun eight times faster. The pulsar’s companion more than makes up for it though, clocking in at 2.8 million kilometers per hour (1.7 million mph).

The “black widow” name given to its companion was chosen because the female black widow spider devours its male after mating. The pulsar is bombarding the star with so much radiation that it (she?) is actually vaporizing it. Eventually, it will destroy the star completely. So, while the binary stars of HM Cancri only take third place in this entry, we’re forced to conclude that they’ve got the healthiest overall relationship.

Alan is a full-time writer who you can pester on his Twitter: @skepticalnumber, by email at [email protected], or read his blog (which he promises to update more often).