The Hubble Space Telescope has given us a clearer—and often more spectacular—picture of the universe around us. However, technology has improved considerably since its 1990 launch, and it’s now a touch out of date. Its $8.7 billion successor, the James Webb Space Telescope, promises to be even more incredible. Following are some facts you might not have heard about “Hubble #2”, which may just blow your mind:

10
Its mission is to observe the first galaxies ever 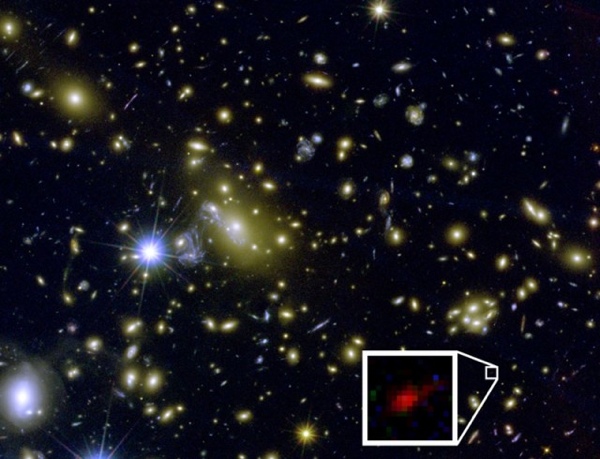 James T. Kirk’s Star Trek mission was to boldly go where no man had gone before, and occasionally get busy with some space aliens. Webb’s mission is much more specific, and infinitely more awesome: to look back thirteen billion years to when the very first stars and galaxies began lighting up the universe. Using state-of-the-art infrared scanning technology, the telescope will be able to see the intense ultraviolet light of the faintest objects in space, objects that have long since moved behind the visible light spectrum.

These first stars are thought to have been 30 to 300 times as massive as the Earth’s Sun and much, much brighter.

9
It can see through dust clouds 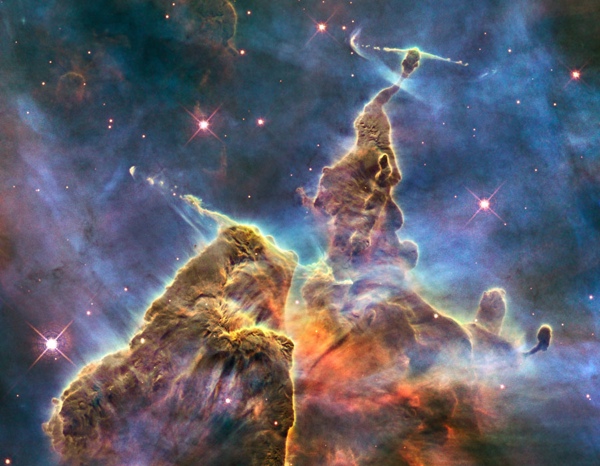 Just like a densely populated city, space often has severe visibility problems. It’s full of dark dust clouds that prevent visible light from passing through. This is where Webb’s special ‘X-Ray Specs’ kick in. The telescope’s infrared vision will not only enable detection of ancient celestial bodies—it’ll also allow it to see through that annoying space dust.

This is because, while shorter visible light waves are unable to travel through the cocoons of dust, infrared light charges on. Webb can get a good look at what these clouds have been hiding from us since . . . well, the dawn of time. Scientists speculate that these clouds could be hiding stars, or even whole solar systems.

8
It’s twice the size of Hubble, but half the weight 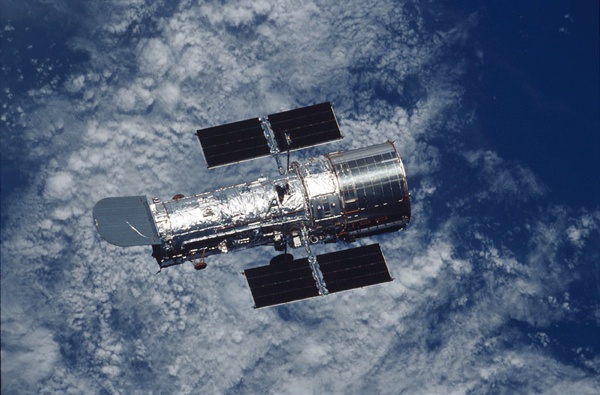 Everyone knows that size matters. So when you’re doing a sequel to anything, be it a slasher film or a space telescope, it must be bigger, longer and infinitely more flexible. The James Webb Space Telescope ticks all the telescopic boxes. At twenty-two meters long, it’s around twice the size of the humble Hubble, but manages to clocks in at half Hubble’s 12,020 kilogram weight.

In fact, Webb’s mirror—at 6.5 meters—and its tennis court-sized sun shield, are so large that the telescope won’t be able to fit into the rocket it launches from. To get around this considerable problem, the mirror and sun-shield actually fold into smaller pieces, slipping snugly inside the aerodynamic telescope before proudly unfurling when it hits the “final frontier.” The mirror also collects light at a rate five to six times higher than Hubble yet clocks in at around the same weight thanks to aggressive engineering efforts.

7
It can map the atmosphere of planets light years away 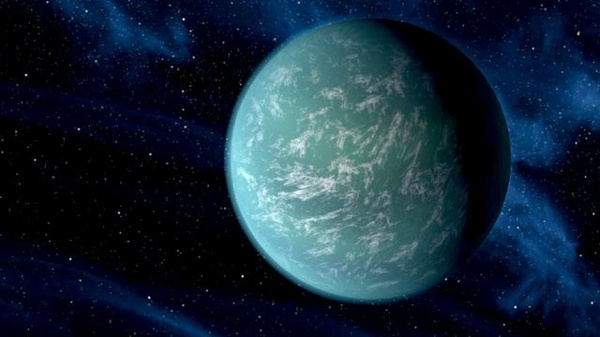 While shedding light on the first stars and galaxies ever formed is pretty damn exciting, discovering completely habitable Earth-like planets has fired every space cadet’s imagination for decades. If they’re out there, Webb will be the one to spot them.

As Matt Munfield—director of the Space Telescope Science Institute—explained to Astrology Magazine, Webb will be able to take color pictures of exoplanets (planets outside the solar system) over a long period of time. This will allow scientists to discover if a celestial body housed ice, vegetation and, in theory at least, “be able to tell the difference between winter and summer on the planet.”

If Earth 2 exists, Webb is our best chance yet of finding it. 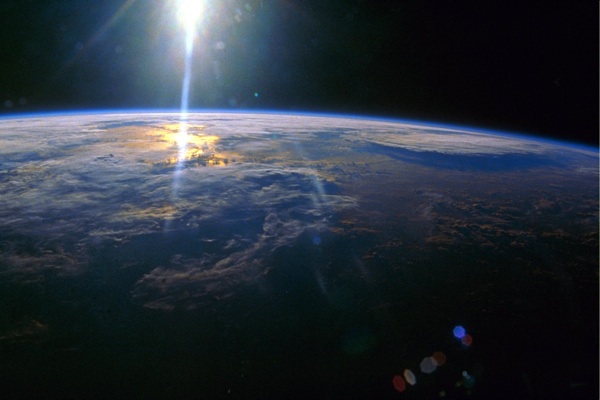 Hubble can take—and has taken—a hammering and remained operational, after a nifty patch-up job by some clever astronauts. As Webb is heading to a part of space beyond our reach (about 1.5 million kilometers from Earth), there won’t be any quick-fix missions. That hasn’t stopped scientists building a grapple point on the telescope, just in case we get our exploring boots on soon—or successfully test warp speed! Given that Hubble’s mirror was damaged almost as soon as it launched, there’s more than a little risk that the return on the billion-dollar project will be zero.

5
It should be able to solve some space mysteries 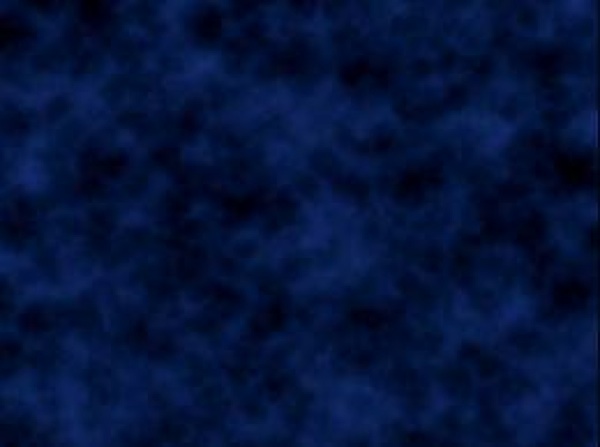 There are quite a few space mysteries that Webb might be able to solve. One of the main ones being what happened during the Dark Ages of the universe.

Millions of years after the Big Bang, gas in the growing universe became incredibly cold and formed gigantic hydrogen clouds. With no visible light in the universe, things got pretty dark, thus the title “the Dark Ages.” This is not just a reference to a universe without light, but also scientists’ lack of knowledge about what happened during this period. Scientists do know that a few million years later, these hydrogen clouds were re-energized, heated up and became see-through as many of the early galaxies began to form. What they don’t understand is what caused this massive change to take place.

Webb should be able to solve this great mystery and establish when, why and how the reheating happened.

4
It has to be kept as cool as possible 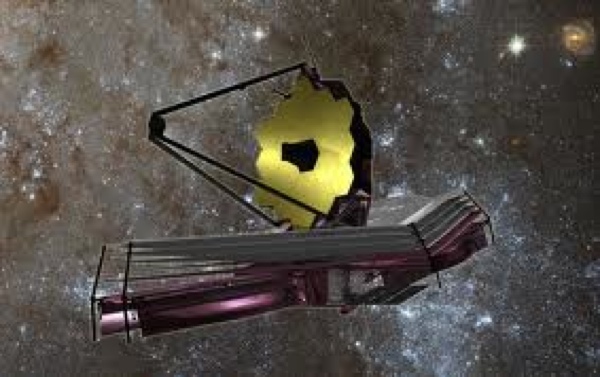 Webb will use infrared technology to find objects in space that produce heat, rather than visible light. This is the main reason it must do most of its telescoping in space: on Earth it would be doused in our planet’s own infrared emissions and unable to see much of anything. Being stationed 1.5 million kilometers from Earth is a great way of avoiding that. Unfortunately, the telescope itself is made up of inconvenient heat-producing elements. To get around this pesky problem, the telescope must be kept colder than ice on a very cold day.

This is the genius of the telescope’s planned position. Not only will it keep Webb in a chilly environment; it also means that the sun, moon and Earth will all be on the same side of the telescope, safely positioned behind Webb’s sun-shield.

3
It will be in a constant battle with the sun 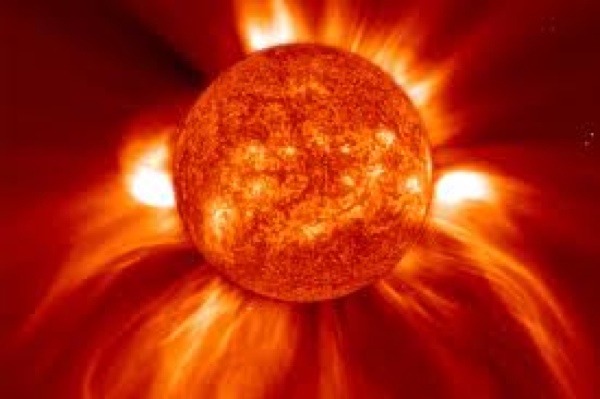 Gravity isn’t much of an issue in space, so you might think Webb would have it easy fixing its gaze in the right direction. That would be the case, if it wasn’t for the sun. We don’t notice the pressure light places here on Earth, but out in space, sunlight will beat against Webb like wind on a sail.

Not only could this pressure interfere with Webb’s view, it could severely damage the telescope. Potentially, its sun shield might no longer be positioned to protect its sensitive equipment; while its solar arrays could be knocked away the Sun, making Webb’s batteries useless.

Of course, those clever folks at NASA have already thought of all this, and have a solution. It’s all down to the mighty power of the wheel. Or in this case, a reaction wheel. When the motorized wheel spins one way, the object it’s attached to (in this case the telescope) spins the other way. There will be a number of motorized reaction wheels controlled by operators to keep the telescope in check.

2
It’s the last major astrophysics mission of this generation 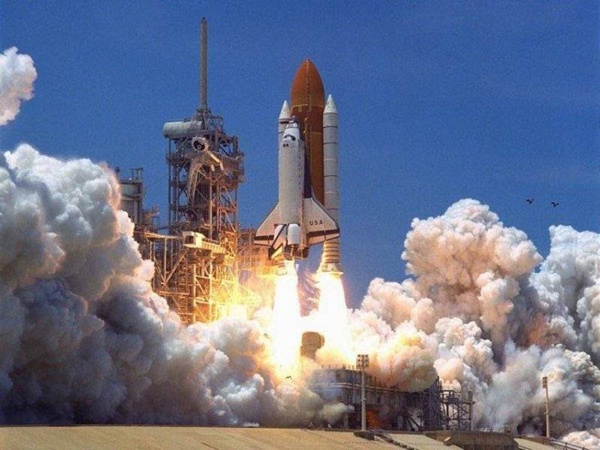 Things are getting tight. Jobs are scarce, budgets aren’t being balanced and NASA is being forced to look for a spare billion dollars down the back of its space sofa.

In fact, the telescope’s creation was in jeopardy when the US House of Representatives Committee on Commerce, Justice and Science moved to cancel the project by taking $1.9 billion out of NASA’s 2012 budget. In November 2011, the US Congress reversed plans to cancel production on the telescope and instead capped additional funding to complete the project at $8 billion.

Given that pretty much every other observatory has been cancelled or put on indefinite hold in the last five years (including the Terrestrial Planet Finder, Space Interferometry Mission, Laser Space Antenna, and the International X-ray Observatory), Webb is pretty lucky to have any budget at all. It remains the last of its generation; the last planned NASA astrophysics mission. With the retirement of the Space Shuttle in 2011, it is one of NASA’s only remaining big space projects and, given the state of the US economy and opposition to NASA funding, it might be the last mission of its kind for a very long time.

1
You can watch the telescope being built live

Webb isn’t entirely finished yet. Its projected launch date of 2018 means that’s fine, for the moment. There are two webcams showing how construction on this fantastic telescope is going. One showing the left side and the other, quite handily, showing Webb’s right side. And you can watch them both live.

We admit, rather than a proper webcam, we’re talking static images updated once a minute. But if cutting back on fancy cameras means they might have a few extra cents to get Webb successfully launched, then it’s definitely worth it.

You can read more from Kevin at the parody site selfhelp102.com.