To quote the great Ian Malcolm, “Life, uh, finds a way.” Nature is full of examples of evolution providing a survival mechanism for the flora and fauna which inhabit the earth. Here are ten animals and plants which evolved a specialized characteristic or ability which helps them survive—even thrive—in their native environments. 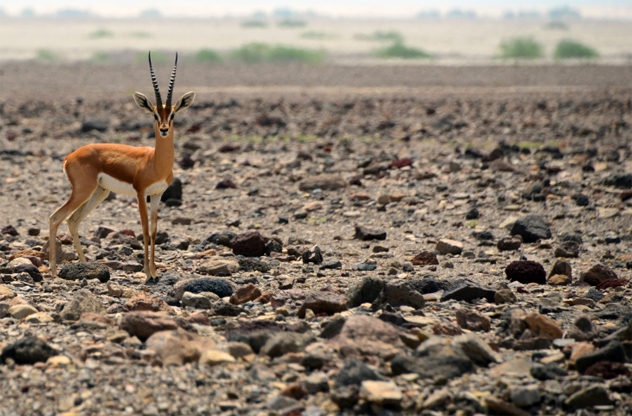 Because it’s native to the Middle East and North Africa, the Dorcas gazelle had to evolve a number of traits to enable it to survive with little to no drinking water. For starters, they are able to go their entire lives without drinking water, surviving only on the hydration they receive from eating plants. In addition, when liquids are scarce, the Dorcas gazelle is able to conserve water by concentrating its uric acid and dispelling it as pellets rather than urine. It also greatly reduces the amount of water in its feces. 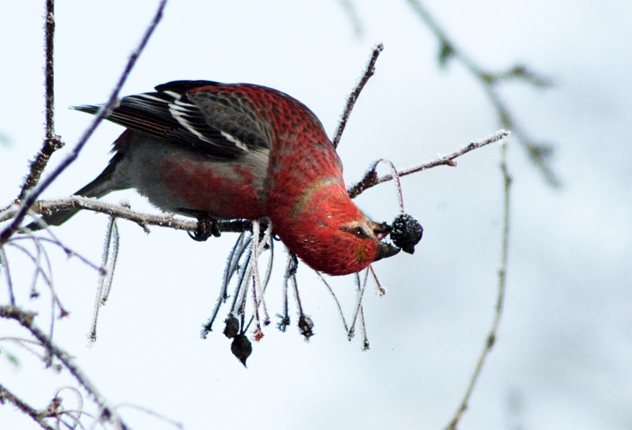 Crossbills encompass a number of species of finches which have adapted to better suit their food source: pinecones. Due to the fact that the seeds inside the prickly cones are extremely hard to get to with a normal beak, the crossbills have a beak which has crossing tips, enabling them to split open the pinecone scales. As you could probably guess, that’s where the name comes from.

Their tongues are very strong too, and can squeeze in between the space provided by their beak to get at the seeds. They also feed on insects and fruit, but their beaks clearly evolved to enable them to feed on the pinecones, which are much more readily available. 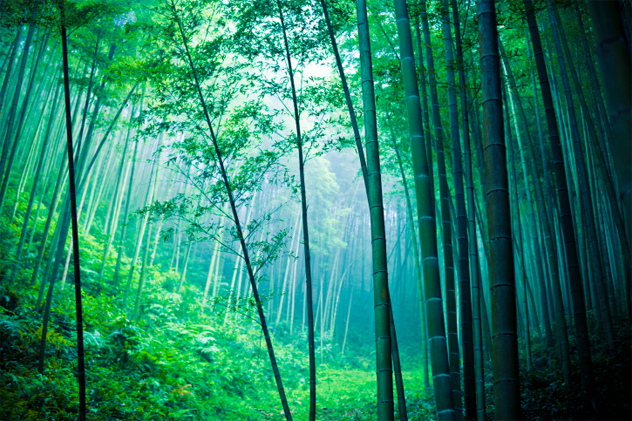 This particular plant, like a number of other plant species, performs a specialized seeding schedule known as mast seeding. Deriving from the Old English word mæst, which translates as the name for the seeds of certain forest trees, mast seeding is a process in which seeds aren’t produced for a number of years and then a huge amount are sent out at once. Mainland China’s bamboo is said to only seed once every 120 years, covering the ground like a blanket with its seeds.

Scientists have a number of theories as to why this particular ability has evolved, and one of the most agreed-upon hypotheses is that the plants do this to make it impossible for the animals that feed on their seeds to be able to eat them all. One downside is that the older plants tend to die out if there are too many new plants. 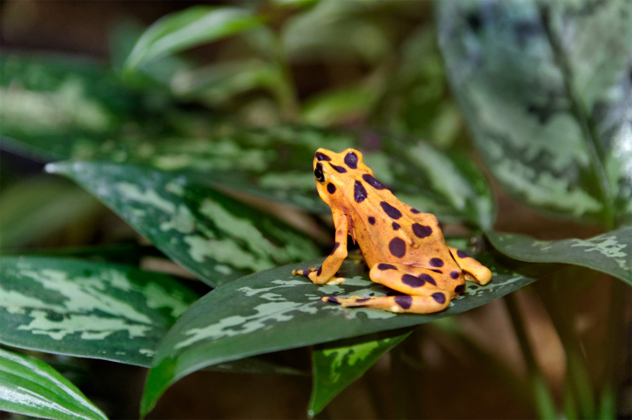 Driven nearly to extinction due to habitat loss, the Panamanian golden frog lives solely in the rainforests of Panama, chiefly residing near fast-flowing rivers and waterfalls. Due to the extreme noise of their natural habitat, they evolved a specialized ability which is quite rare in the animal kingdom: They utilize semaphore.

A rudimentary form of sign language, semaphore is used by the frogs to communicate basic statements, such as willingness to mate or a warning to prospective rivals. The male frogs have a tendency to make whistling sounds as well, though the noises are basically useless since this particular species of frog has no eardrums. 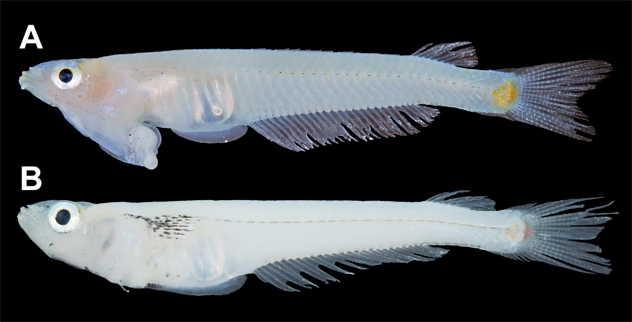 Only very recently discovered (2009 to be exact), the Phallostethus cuulong is one of only a few species of fish in which the fertilization of the eggs takes place inside the female’s body. In order to make this process easier, the male evolved a penis which extends from its head. The tip has a saw-like hook, which the fish use to latch onto the females during the mating process.

Not to be outdone, the female’s sexual organs are located in her mouth, at the back of her throat. The hook which the males use is quite beneficial, as it greatly increases the chances of a successful fertilization. 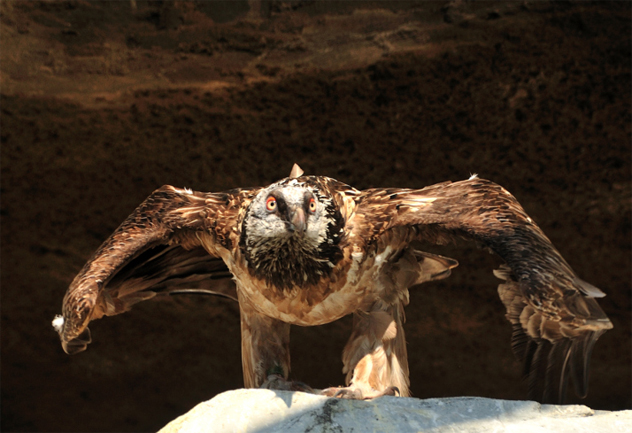 Their name translates from German as “lamb vulture,” which is appropriate given the myths and legends of their ferocity in hunting small animals, and even children (though the last one may be apocryphal). One lucky bird—or unlucky, depending on your view of ancient Greek playwrights—also featured prominently in the death of Aeschylus. One of their main sources of food is bone marrow, a food that’s extremely difficult to retrieve.

In order to get at the precious nutrients inside the remains of the carrion on which they feed, lammergeiers will drop the bones from as high as 260 feet, hoping to have them land on rocks and crack open. 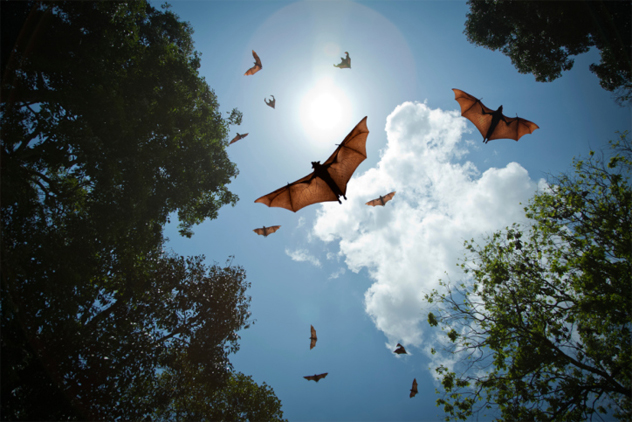 Marcgravia evenia is a flowering vine, found mostly in the Cuban rainforest, and it is mainly pollinated by bats. Because bats can’t see well at long distances, the vine evolved a special ability which makes it stand out to its targets. Dish-shaped leaves, which grow above the flowering part of the vine, act like a radar dish for the bats’ echolocation, making them easier to locate.

Because of the rarity of the evenia vines, as well as their scattered growth patterns, any decrease in the time it takes bats to find different flowers is extremely beneficial to the plant. Scientists used the leaves from the vine to test bats and their ability to locate hidden food and found it reduced the time by 50 percent. In contrast, a regular leaf only decreased the time by 6 percent. 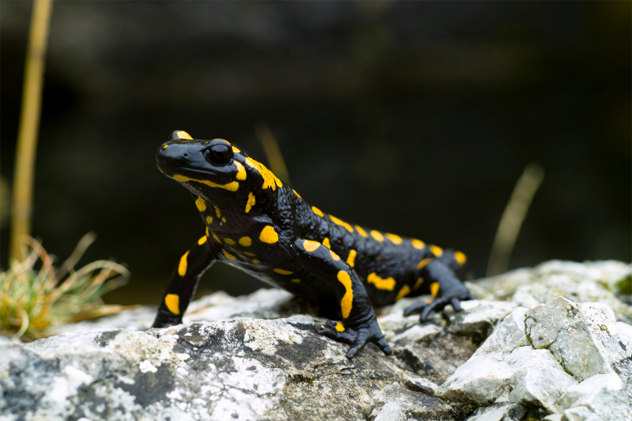 A relatively common and unassuming animal, the spotted salamander holds the honor of having one of the most unique evolved traits in the animal kingdom: It is the first vertebrate found to be able to use photosynthesis. For many years, scientists believed algae, which has a symbiotic relationship with the embryos of the spotted salamander, was responsible for the chlorophyll found inside the bodies of the lizards.

However, Canadian researchers recently discovered the pigments crucial to photosynthesis were actually inside the spotted salamanders’ cells. In addition, they found embryos which interacted with the algae were much more likely to survive and grew much more quickly. 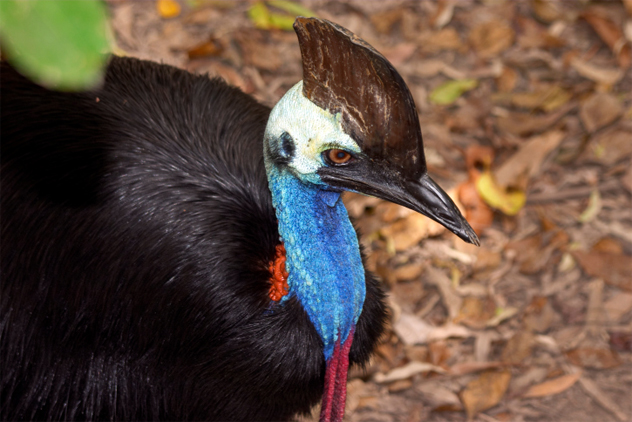 Native to New Guinea and tropical North Queensland in Australia, the cassowary plum is a small tree which produces a fruit that is highly toxic to nearly every animal, including humans. There is only one creature able to eat cassowary plums, and as you can probably guess from the name, it’s the cassowary, a large, flightless bird. As with most fruit, the seeds are inside the fleshy body, and they pass through the cassowary’s insides without harm thanks to an extremely short and fast digestive system.

Also, the bird’s enzymes render it immune to the toxicity of the seeds. There is another small rodent able to eat the fruit of the cassowary plum, but it eats the seeds as well, which doesn’t help with the spreading of the tree. Unfortunately, the cassowary, and the cassowary plum as well, is in danger of going extinct if changes aren’t made to the preservation of its habitat. 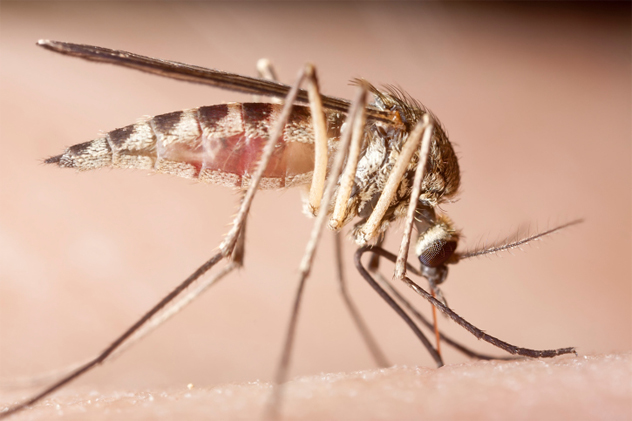 The subway system underneath the city of London was the breeding ground for a brand new type of mosquito, which branched off from its above-ground cousins in a process which only took a hundred years (much shorter than the normal thousands of years scientists usually see). During the construction of the Tube, the mosquitoes—now known as Culex pipiens molestus—traveled underground and began subtly changing into a different species. First of all, their previous incarnations fed solely on birds, but the new species feeds on rodents and humans.

In addition, they’ve also changed their reproductive habits to better accommodate their living arrangements; while mosquitoes normally need to feed on blood before laying eggs, the London Underground mosquito lays eggs first, as food is hard to come by down there. Lastly, and worst for humans, they are active year-round, unlike most mosquitoes which hibernate during the winter. Luckily, they can’t breed with the above-ground versions, so they mainly stay in the subway system.