Honeybees buzzing from flower to flower signal the beginning of spring. They are revered as a wonder of nature and loathed as a nuisance in equal measure. People with allergies worldwide dodge the airborne insects with fervor, while scientists breed and study them for their remarkable abilities. Whatever your reaction, there is a lot about these little buzzers that isn’t readily apparent from simple observation in the wild. 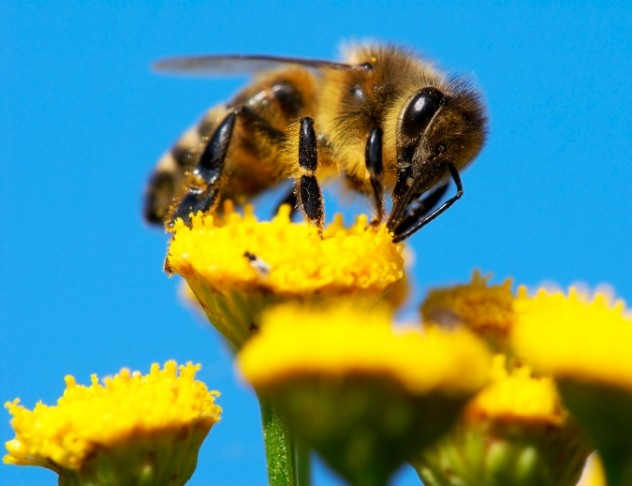 Bee diets are pretty straightforward—pollen for the larvae, nectar for the drones and workers, and when supplies get low? Cannibalism. Honeybees are known to eat their hive mates and larvae when times get tough. It makes sense as an evolutionary control method for declining supply levels—the bees eat the youngest larvae and eggs, therefore maintaining the older population with the most value. Food supplies are also enriched with protein as a result of the absorbed young. However, bees also turn on their own because of the presence of diploid or false males. When these imposters are detected in the larval stage, workers sting them to death in their cells or cannibalize them during nursing. 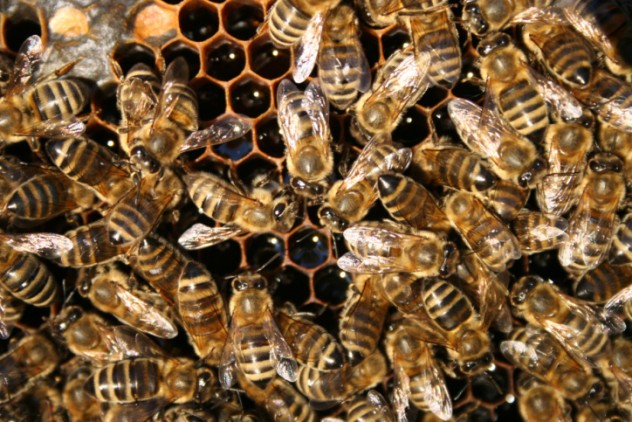 Bee colonies are remarkable in their efficiency but contrary to popular belief the members of the hive are not mindless drones—except of course for the actual drones, which are dedicated to a single purpose. The workers, however, take on a variety of roles. When bees die within the colony, workers collect the dead bodies and act like undertakers, removing the corpses from the hive. These versatile residents of the hive also act as security, ejecting the sick and any excess males during times of famine.

They learn to identify sick bees by smell and promptly remove them from the nest. Dead bees are carried outside, away from the honey and larvae. Entire groups of bees spend their days cleaning the hive and keeping it neat. And in line with this neat-freak culture, bees do not defecate in their hive—instead they do so in mid-flight. This causes a kind of “yellow rain” that has alarmed unsuspecting “targets” in the past. 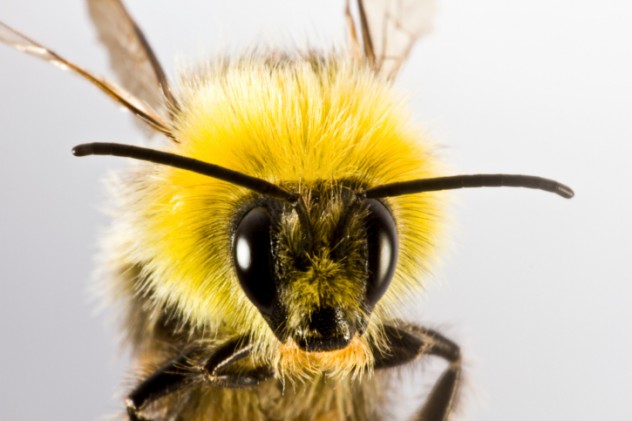 Bees have an incredibly developed set of senses to aid in their daily routines. The honeybee can perceive the difference between images in one 300th of a second, whereas humans are limited to differences in one 50th of a second. That means that while television images seem fluid to us, a honeybee could differentiate each individual frame. Their powers of scent perception are also very finely tuned. Obviously bees are attracted to certain kinds of flowers in order to facilitate pollination. However, this function also serves as identification and as a mating call. Each collective of bees has its own unique scent, which hive mates use to identify each other, and when it comes time for a queen to leave the nest and start a new brood, her pheromones attract drones to escort her on her journey. 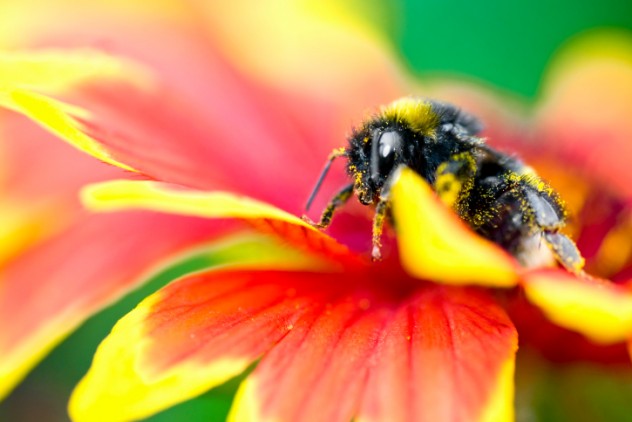 Honeybees have five eyes. You would think that this would enable them to see with a greater level of clarity than other animals, but that isn’t the case—or not exactly. Bees have two large eyes on the sides of their heads and three additional, simpler eyes in the center of their heads to help with flight navigation. However, bees see very few colors.

Experts are not entirely in agreement as to which colors are perceived but the consensus is that these lie mostly within the blue-green color spectrum with some oranges and yellows. This is the light spectrum of 300–650 nanometers—humans see the wavelengths of 400–800 nanometers—and excludes the color red entirely. Bees probably see red as black. The incredibly adaptive feature that helps bees make up for this smaller range? They can see ultraviolet light, which is invisible to humans. Bees use this spectrum, which is dense at the center of flowers, to guide them to their targets. If deprived of ultraviolet light frequencies, bees lose all interest in foraging unless forced to by hunger. 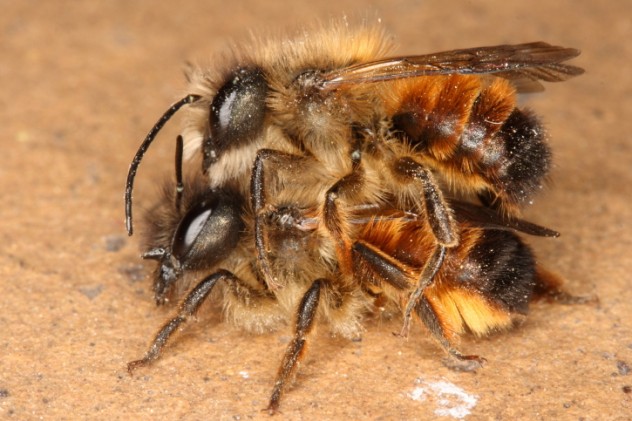 Mating rituals among bees are gruesome—for males they lead to emasculation and ultimately death. Drone bees, which serve the sole purpose of fertilizing the queen, suffer the traumatic loss of their endophallus, which remains inside the queen. This method is thought to ensure the success of reproduction by sealing the sperm inside the queen and preventing further mating. However, since the next drone to approach the queen will remove the previous male’s reproductive organ and continue the fertilization process, for many males it is fruitless. With their abdomens torn open, the drones quickly die. Even if they should survive, having served their purpose, wounded drones are ejected from their nests. The queen saves the sperm and never mates again.

(Note: The bees in the above image are not actually mating, as they are two worker bees. The queen bee is much larger.) 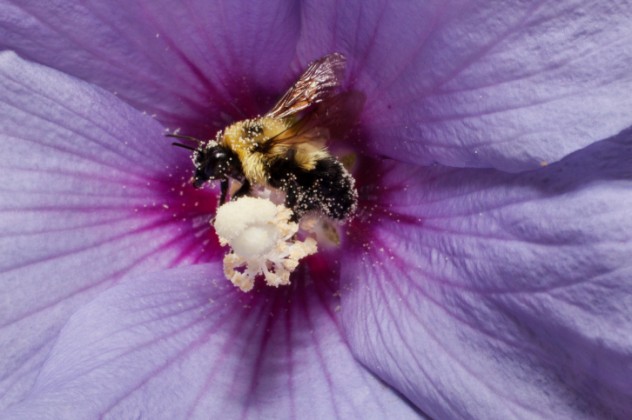 If you’ve ever felt as if a bee was targeting you, chasing you specifically, chances are you were right—honeybees have been shown to recognize individual faces. Even more interestingly, they use the same methods humans do to accomplish this. Bees recognize groups of lines and shapes as a pattern, in a process known as configural processing. They can also remember this pattern for later—when provided a food source associated with pictures of faces and bowls of water associated with non-facial elements, biologists witnessed the insects learning to find the faces with a high level of accuracy. Over time, the creatures were even able to distinguish between simple dot and slash faces and more intricate photographic faces. 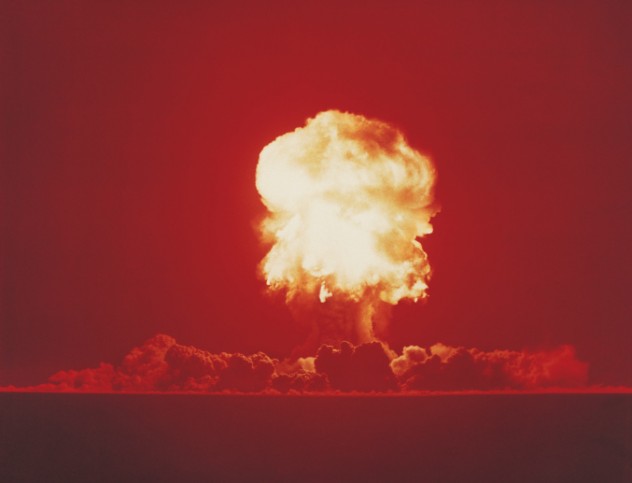 Honeybees can even be used to increase homeland security. The highly sensitive receptors the honeybee uses to detect even the smallest trace of pollen in large areas can be effectively trained to search out other substances as well. Security agencies have experimented with exposing the bees to chemical scents associated with bomb production and training them to swarm when the scents are detected. Tiny tracking devices are attached to the insects to make locating the swarm easier in open areas. Small cameras also detect movements of the proboscises in bees that expect a sugar water reward when they detect the target compound. 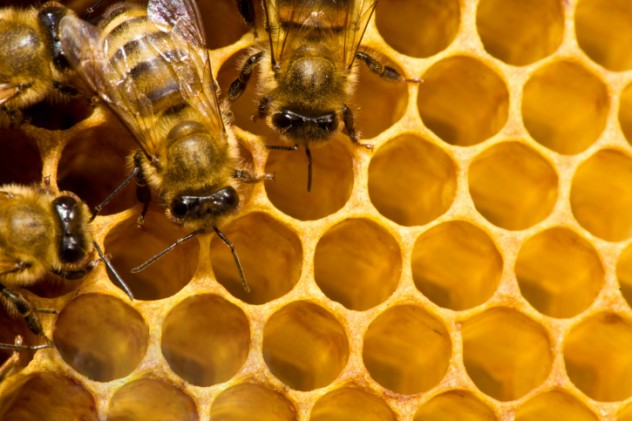 One might think that since the only purpose of the worker bee is to make honey, it would be an inborn trait. Not so. Honeybees have no idea how to make honey when they are born. They have to be taught by the veteran bees in the wild. Studies have found that bees learn from watching their more experienced contemporaries. New bees will watch which flowers the others are flocking to and follow their lead. However, the younger bees must learn quickly, because the older forager bees’ wings are literally wearing out from all that flight time. As they age over the few weeks of their life, they are slowly cycled back into hive duty (nursery and security) in order to preserve their wings for emergency use. Another unusual application for honeybees comes from the field of multiple sclerosis (MS) research. Some MS patients are undergoing a procedure known as apitherapy wherein their damaged nerves are stung by honeybees to encourage stimulation and growth. Patients also consume propolis (waxy glue the bees use to seal their hives), raw honey (unfiltered, still containing beeswax and propolis), and royal jelly (baby food created by the bees for the larvae) to gain the most from the effects. The results are still unproven in a clinical setting, but several thousand patients undergo these procedures every year, with many claiming a vast improvement in symptoms. 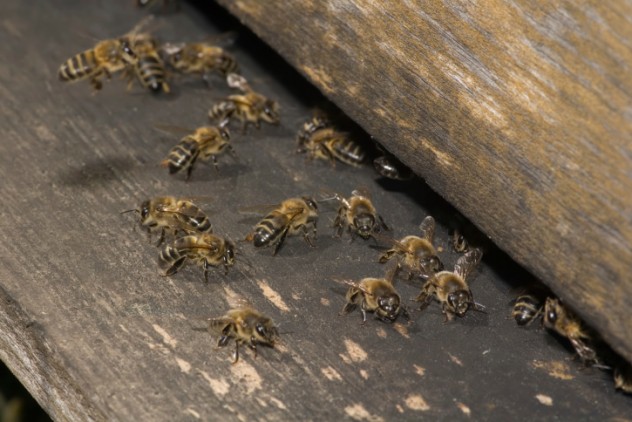 Anyone who has seen a honeycomb might immediately infer that honeybees are excellent mathematicians. In fact, great minds such as Galileo Galilei often mused over the level of efficiency with which these tiny creatures could achieve such exact angles as those found in the hexagonal pattern of honeycombs. In fact, it has been found that wild honeycombs are initially round—the shape of the bee’s body—and are then heated during formation, which causes the walls to melt and form the most natural structural shape for their orientation, which is a hexagon.

This does not mean that bees are not gifted in the calculation department, it’s just in a way that is a lot less expected. Honeybees are natural explorers. Dedicated to the purpose of foraging for food and returning it to the hive, the worker honeybee is an expert at navigation and calculation. An intricate dance performed when returning to the hive alerts other bees to the presence of food. Small variations have been observed in the display to indicate distance, angle of flight relative to the sun, and even how abundant the food source is. A more excited dance indicates large supply levels while a less animated one indicates lower amounts. 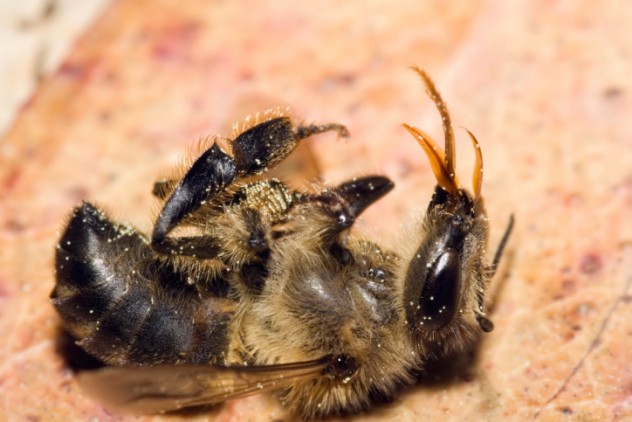 It has been a subject of debate for some time whether or not honey bees actually sleep. Many fact sheets on these creatures insist that they do not and that they eventually die of exhaustion. This is both true and untrue. In reality, honeybees are more akin to narcoleptics than insomniacs. Researchers have observed short periods of time, 30 seconds on average, when bees become unresponsive, their antennae droop, and their bodies become relaxed. Younger bees are typically sporadic in their sleeping habits, while older bees have more regular sleeping habits, even retreating into the cells of their hive for a quick nap. These short bursts appear to be all the rest a young honeybee ever gets. Between three to six weeks after taking its first flight, the average honeybee works itself to death, literally falling over from exhaustion.

Artist, adventurer and travel writer. Can be found venting to no one in particular on Twitter.