The subject of animal intelligence has been touched on in a previous list by Andrew Handley—and it’s a subject which is often uncomfortable for those who like to think of humans as a separate, special kind of creature. Unfortunately for these people, it is impossible to deny that animals are intelligent—and often much more so than we have generally given them credit for.

One of the most startling cognitive abilities demonstrated by animals is their ingenious use of tools. Here are ten examples of animals who have found that nature did not equip them as well as it might have—and who have thus made up the shortfall themselves. 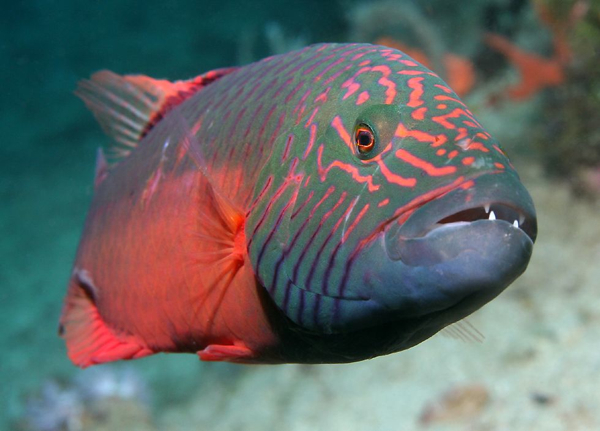 We all know how annoying it can be to set our sights on a can of food, only to find the can opener missing. Even worse: a bottle of wine, and no corkscrew. But such frustrations are not limited to humans, of course.

Wrasses are a type of fish which have found a way around similar troubles. They generally eat small invertebrates which offer limited resistance, but occasionally they find something which needs a bit of wrasse-wrangling. They have been observed picking up hard-shelled bivalves—which they would normally not be able to eat—and using rocks as anvils in order to shatter their shells. 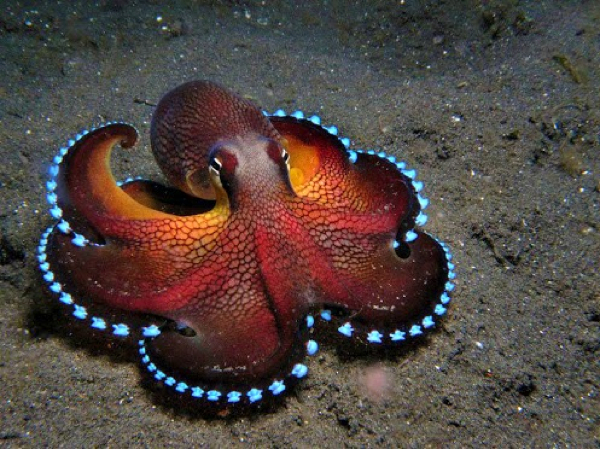 Humans are very vertebrate-centric in their conception of the animal hierarchy. But there are many surprisingly intelligent animals to be found among those species lacking backbones; the minds of octopuses, in particular, are being studied rather rigorously at present, because these animals are such good problem solvers.

They’re so clever, in fact, that under UK law, octopuses are considered honorary vertebrates in terms of their legal protections. Octopuses use their supple bodies to slide into tight places in pursuit of food, but a soft body is little protection from predators. The veined octopus has been observed actively solving this vulnerability problem, by digging up coconut shells and using them as shelter. They have been seen squeezing into the empty shells and carrying them as they “walk” along the seabed, safe from attack. 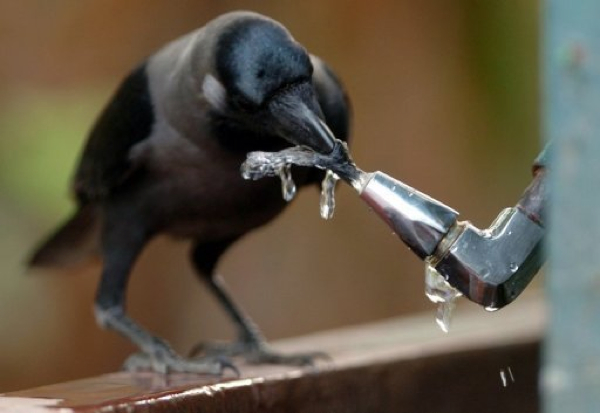 It is well known that crows and their relatives are among the cleverest of birds. They have displayed a complex range of talents, and are now being closely studied. But to claim that crows are using cars?

Well, okay, they haven’t exactly been driving them. But there’s strong anecdotal evidence of crows carrying hard nuts onto a road, waiting for a car to drive over them and crack them, and then swooping in to retrieve the food. There is academic debate as to whether this could be a planned behavior on the part of the crows—but it falls well within the level of intelligence the birds have previously displayed. 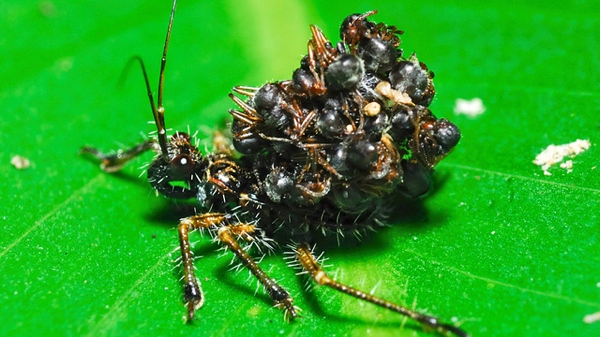 In the brutal struggle of all against all which exists in nature, a good defense can make all the difference between catching prey, and becoming prey yourself. An assassin always needs a good escape plan—and the assassin bug is no different.

This predatory bug feeds on ants and other small insects. When it captures them, it sucks out their insides and keeps the hollow shells. The bug then sticks these husks to its back, and wears them as armor against any predator which comes along.

Since the pile of corpses on the bug can grow quite large, the predator is more likely to target this than the assassin bug itself. At this point, the armor will come loose from the bug, leaving it free to scuttle off and live another day. Ablative armor is a fairly new trick in humanity’s arsenal—and it seems that insects might have got there first. 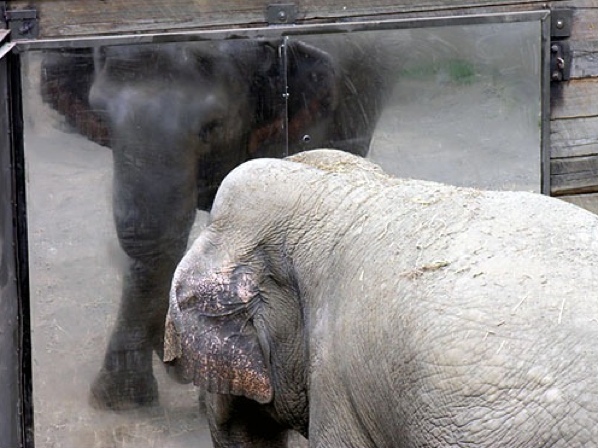 What could be simpler than using a mirror? Nothing—at least for us. But animals and very young human children are generally unable to recognize that what they are looking at is a reflection of themselves, rather than another animal.

The ability to perceive oneself in a mirror is called the “Mirror Test” by cognitive scientists. Elephants were tested to see if they had the necessary self-awareness to use mirrors by having marks painted on their heads. Amazingly, when faced with a mirror, they quickly moved their trunks to the mark on themselves, and not to their reflection in the mirror. 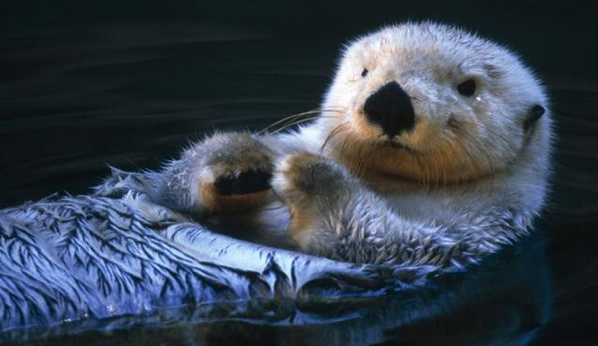 We have already seen how Wrasses carry their hard-shelled food to rocks, in order to open it. Sea otters have the added benefit of working limbs, and can therefore carry the stones with them. They search the seabed for stones of certain sizes and shapes—possibly displaying a certain power of imagination—and then carry the pebbles under their armpits.

When the otters catch mollusks too well-sealed to get into, they hammer the mollusks with the stones until they break open, and then eat them. They show an ability to modify their pounding depending on the shape of the stone they are using. 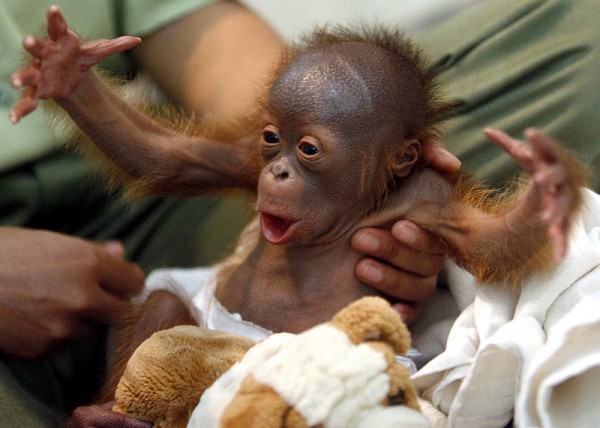 Some of the abilities we’ve mentioned already might be considered innate skills, so the most fascinating question remains: is it possible for some animals to learn to use tools? It turns out that the answer is yes.

Orangutans seem almost uncannily human in many respects—and their ability to learn is just one of them. When an orangutan is threatened, he will make a whistling noise in order to scare the intruder away. All orangutans will do this. But in certain populations, members have been observed taking leaves and using them to make their whistle louder. This must be a taught behavior, passed down through generations, because it is only observed in certain linked groups of orangutan populations—making it all the more impressive. 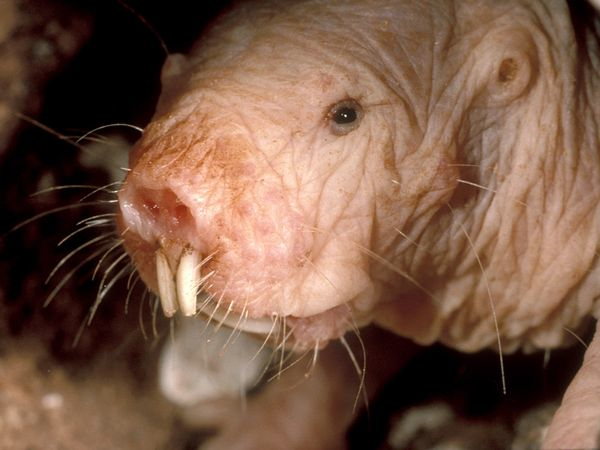 The naked mole-rat seems to be on the wrong side of evolution. Living in colonies in which only one female is allowed to breed, the rest of colony spend their time burrowing to find food. This involves mashing their face into mud until they find something to eat. With the aim of improving their lot, they have devised a digging methodwhich makes their lives a little more bearable. The mole-rats take a piece of bark or a fragment of plant matter and place it in their mouth. This stops them from inhaling dust as they dig the tunnels with their teeth. 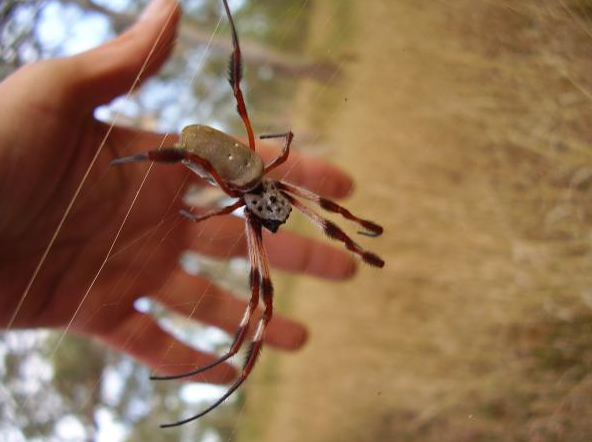 Corolla spiders live in small burrows in the desert. They emerge to capture any suitable prey that ventures too close—a practice which gives them a rather limited hunting range. So in order to increase the area in which they can detect prey, the spiders select seven or eight stones of similar size and shape and arrange them in circle around the entrance to their lair. Offered a choice of stones, they will most often choose those made of quartz. The spiders can detect vibrations through the stones—allowing them to strike at prey outside of their usual range. 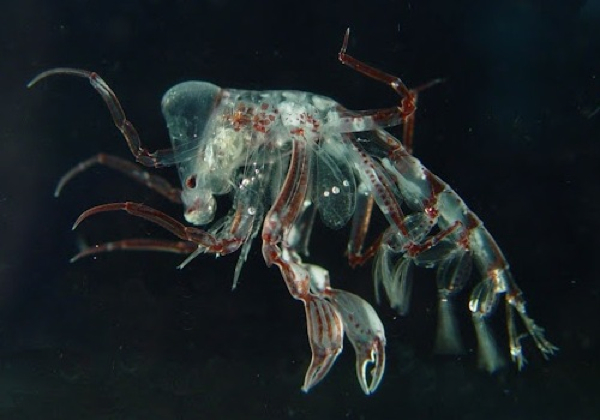 Is there anything more tender than the love of a mother for her children? So what could be more beautiful than watching a mother capture another animal, tear out its innards, and use the hollowed-out husk to carry her babies around in?  That’s what the female Phronima does.

The Phronima are small invertebrates which live in the sea. When she’s ready to lay her eggs, a Phronima catches a salp—a small gelatinous creature—and kills it by eating its insides. This leaves a hollow tube in which she can transport her eggs and young ones until they are ready to survive separately.