Let’s face it—life doesn’t come with an instruction manual. For most of us, each day is an attempt to get from one end to the other without messing up too badly or, at the least, getting noticed doing so. So it’s understandable that while we get the majority of it right, there are some common activities we’re still just trying to do our best at. The following list is a handy guide to those parts of life where the way we’ve always done it may not be the best.

This entry has very little to do people’s personal preferences in the bedroom. Those things are better left behind closed doors. What it does involve is the purpose of sexual intercourse and the most common—yet ineffective—practices for doing it. According to a recent documentary, the reason men are more generously endowed than our primate counterparts is because of our desire to stand erect (no pun intended). As the human form became upright, the female anatomy changed, making it harder to reach our target destination. As a result, reproductive organs became longer.

Evolution also chose to focus on the buttocks of the female as an indicator of health and availability. Seeing a female from behind incites the mating instinct in males. This posture also allows for proper stimulation of the G-spot, which results in greater pleasure for the female. It seems to be nature’s kinky plan that we should mate from a rear-entry position. It wasn’t until the 1600s, when missionaries began moving to new lands, that a new standard was introduced, which was less “animalistic” than local variations. 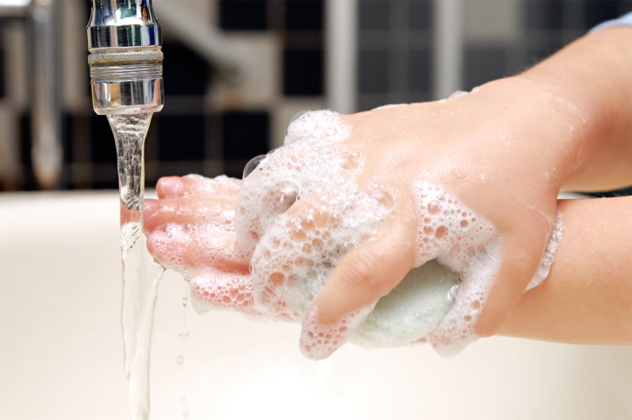 The general consensus is that a good, strong lather means cleaner, more sterile hands. In reality this is almost completely backward. The confusion comes down to a lack of understanding about how soaps actually work. Soap and detergent products have chemicals in them called surfactants. These chemicals reduce surface tension on the water and help carry oils and dirt away with them. A side effect of surfactants is the production of tiny aerated bubbles—foam or lather. So in actuality, lather is a side effect of cleanliness rather than a contributing factor.

What you are doing is using excessive amounts of soap in order to achieve optimum “sudsyness.” Working the soap into a lather prior to scrubbing your skin is almost completely irrelevant to how clean your hands or skin will be afterward. Due to the misconception that suds equal cleanliness, however, many soap manufacturers have started adding extra chemicals, such as cocamide and sodium lauryl sulfate, which increase the foaminess of soap when used. 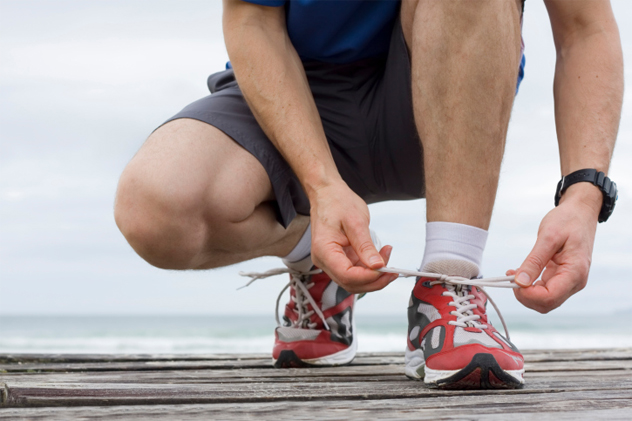 Hey, your shoe’s untied. Whether you just looked or not, it remains a fact that the commonly accepted shoe-tying knot is an ineffective choice. How could this be? Well it’s simple: The type of knot most people use is the granny knot, which is all well and good, but it’s unbalanced, which leads to problems keeping it tied. This is why your shoe knots often lay at a funny angle. The confusion probably comes from the fact that the direction of your first loop makes all the difference in knot tying. You may even be accidentally doing it incorrect some days and perfectly on others—it all depends on one crucial step.

After forming the first large loop with your fingers, the next step is to wrap the other shoelace around this loop. If you wrap it around to the front, you’ve made a reef knot and properly tied your shoes. If you went around back, you tied a granny knot and should not carry any heavy objects or run on stairs. Though some claim that shoelaces were invented in 1790, in fact these everyday inventions have been around for millennia—which means we’ve been tying them improperly for a really long time. 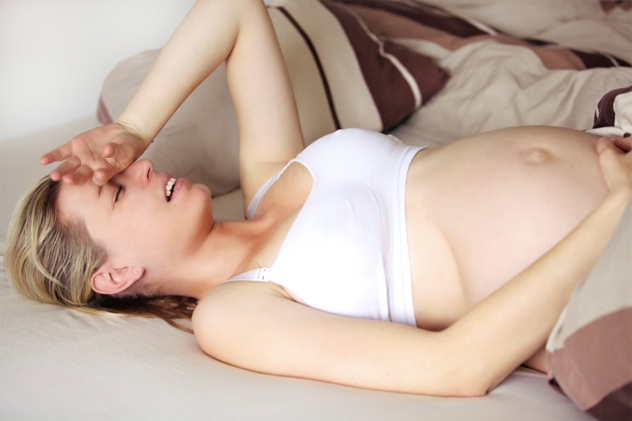 Any woman who has ever experienced the pain of childbirth might assume that whoever came up with the method must have hated women. They might be right. Despite centuries of doing it this way, childbirth was not meant to be experienced horizontally. Scholars believe King Louis XIV enjoyed watching women giving birth, and so instructed that they lie down to give him a better view.

Delivering physicians soon discovered that this was a more convenient way to deliver the baby in relative comfort, despite the pain it caused the mother. As a result, doctors have adopted this practice throughout the ages. The easiest way to birth a child, as was depicted in Egyptian hieroglyphs of Cleopatra, is a kneeling or squatting position, with gravity working in the woman’s favor. 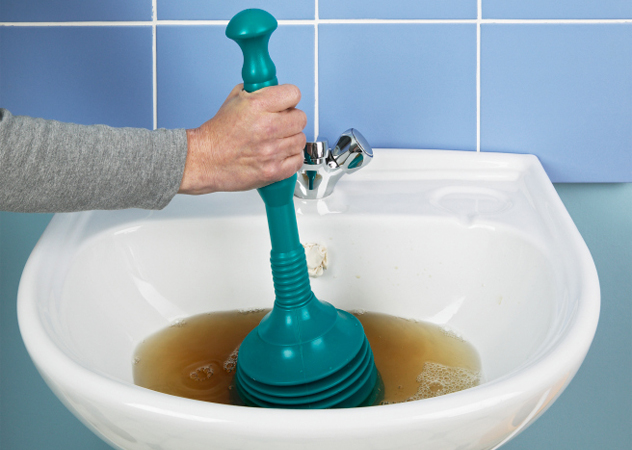 Here we are again—the bathroom. This time we’re talking about plungers, and we’re taking it to the kitchen. Don’t get grossed out yet. Most bathrooms have the common wood-handled rubber plunger made popular in Bugs Bunny cartoons. They do their job when needed, but sometimes it takes a lot of work to get the thing to work properly. The problem is, the common plunger is not intended for the toilet—it’s designed for the kitchen sink.

The toilet plunger has an additional bit of rubber on the bottom that forms a solid seal between the bowl and the plunger itself for better clog clearing. Not only are there different types of plungers for different purposes, they also come in different sizes for a better seal. The toilet bowl plunger is designed with the concept of creating a seal and vacuum, whereas other designs may accentuate the pushing of air through the pipes. Ideally, you would want to have one of each in your home—just remember to store them in separate places so you don’t get them mixed up. 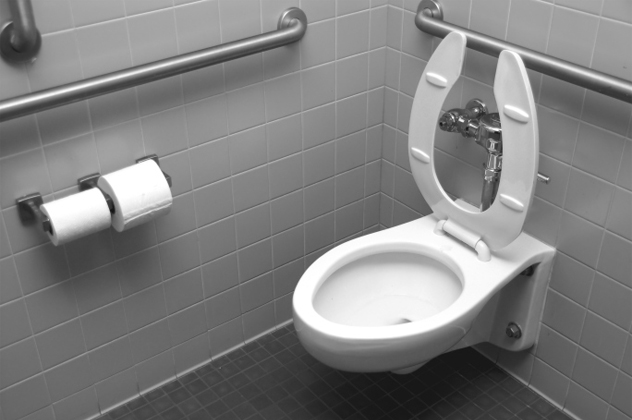 No one likes using public restrooms. One of the most common things we do wrong in the bathroom involves how we use those paper liners they provide to make the situation just a little less scary. Since ancient times, the effort to control the spread of dysentery, cholera, typhoid, and hepatitis A has been a constant battle. One of the most recent inventions in this effort is the sanitary seat cover. For the average person, the standard seat cover position is on the seat, with the paper punch-out tab to the back. And before you know it, the whole thing slides right into the bowl.

Seems kind of wasteful to have that little paper tab anyway, doesn’t it? Well, it actually serves a purpose. The proper positioning method of a sanitary seat cover is with paper tab to the front, which prevents the paper from sliding off the seat and into the bowl. It’s still a little gimmicky, but it’s a much better option than the stone bench apparatus the Romans worked with. Now if we could just figure out how to keep those push button faucets on for more than three seconds at a time. 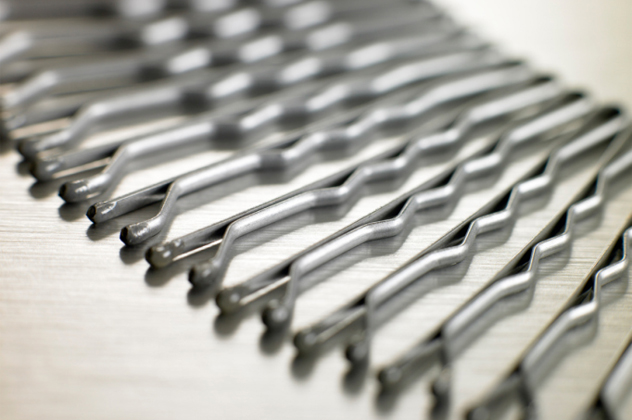 This one is for women—mostly. Named for the bobbed haircut that was popular in the 20s and 30s the bobby pin soon became a mainstay in almost every woman’s beauty arsenal. For whatever reason, however, it appears that the majority of women are drawn towards placing bobby pins with the wavy edge facing out. It just makes sense that the flat edge would be against your skin.

Unfortunately, this is actually wrong. The wavy edge of the standard bobby pin was designed the grasp the hair and keep it from falling out. To be most effective, the pins need to be placed flat edge out. Twisting the hair prior to placement can help keep the pins in place. But regardless of how you’ve been doing it for your hair, die-hard MacGyver fans know that the only right way to use a bobby pin is for picking locks. 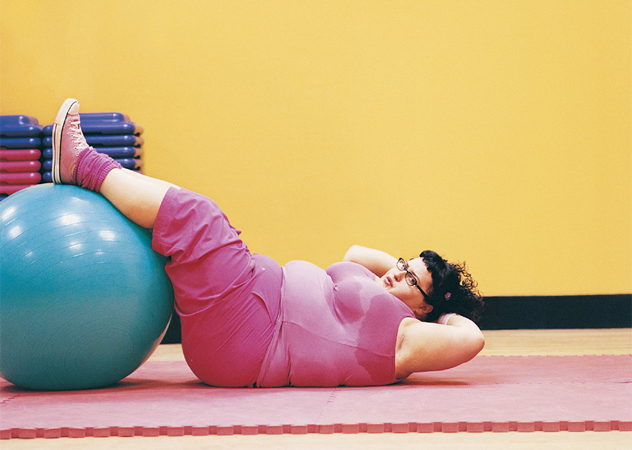 Having those elusive six-pack abs seen in TV commercials would make just about anyone feel more comfortable in their own skin. There’s an entire industry built around shredding abdominal fat and revealing those hard, toned muscles underneath, but what most of us don’t realize is that a lot of what we do to target these zones and eliminate stubborn inches lies somewhere between “moderately effective” and “completely unnecessary.” The issue is that, according to reports by Duke and Harvard, targeting ab muscles with crunches, sit-ups, and similar exercises will strengthen the muscles but will not necessarily provide the look you’re going for.

The strongest, leanest abs in the world will be completely surrounded by a layer of subcutaneous or visceral fat—you wouldn’t be able to see them. Studies reveal that moderate to intense exercise and a healthy diet are the keys to shedding the extra fat and allowing the abdominal muscles to show through. It takes a very low BMI (Body Mass Index) to achieve this look, and while ab-focused exercises do burn calories, you’re probably a lot better off doing core and cardiovascular exercises to strengthen the surrounding muscles and improve overall health. 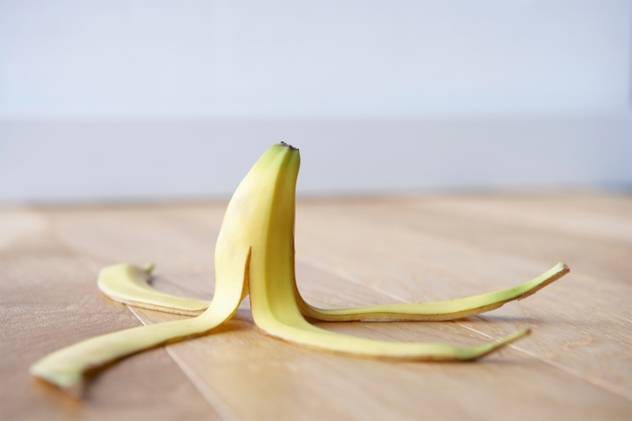 Monkey see, monkey do, right? Nope. If you go into your kitchen right now, pick up a banana, and try to peel it, no doubt you will do what humans have done for as long as any of us can remember. You’ll grab that convenient tab on the top and yank it to the side, splitting the peel in half. Believe it or not, you’re doing it wrong. It’s pretty legitimate to assume that animals who rely on this food for their survival are the unsurpassed masters of banana opening. And they are—10 out of 10 monkeys agree that the way to open a banana is to turn it “upside down” and squeeze the tip.

This method pops the brown part of the banana off and pushes the whole banana out the end. So why are we such ineffective banana peelers? The source of this confusion probably lies in the fact that bananas actually grow in a position we would consider to be upside down, because the stem is attached to the tree and fruit grows downward from there. Koko has probably been laughing at us the whole time. 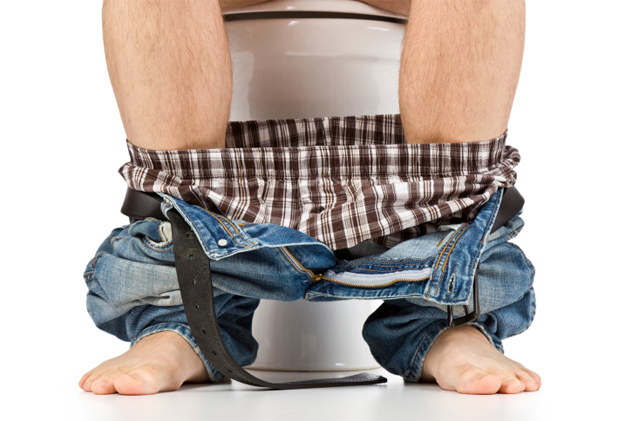 Without getting too graphic, there’s a major difference between the posture most adults use when answering nature’s call and the way nature herself intended. According to physicians, the sitting position actually causes a kink in our internal plumbing. As a result, you increase your chances for hemorrhoids, Crohn’s disease, and possibly colon cancer.

Human beings, after all, are animals. We evolved over millions of years to operate in our environment. And since that environment has been outside for most of our history, we were designed by nature to adopt a squatting position when releasing our bowels. The toilet, on the other hand, is a 200-year-old invention. Its use is still an unnatural phenomenon for our species. For those who feel uncomfortable exposing themselves in the open or squatting like a bird on their toilet seat, studies suggest using a footstool might also simulate the more appropriate posture.