Birds are seen by most of us on a daily basis, and may appear to be familiar, typical creatures. While certain rare birds are especially perplexing, birds as a class are just weird. Strange physiological adaptations define many avian species, while aberrant partner selections and responses to predators epitomize oddness. We will explore the exceedingly weird traits of so-called ordinary birds and some logical but lesser-known facets of avian adaptation. 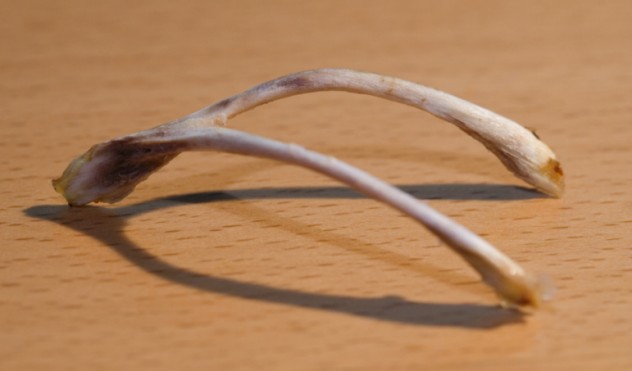 Human bones are reasonably solid structures, except for some air spaces and the many hollow, marrow-containing sections. Bird bones, are not only hollow and strut-formed to reduce weight, but actually contain spaces for air sacs that play a role in boosting avian breathing capacity. A number of hollow bird bones actually contain some of the bird’s seven to nine air sacs linking to the lungs. The air sacs inflate, then feed into the lungs in a “negative pressure breathing system” that starkly contrasts with mammal respiration methods.

Birds lack diaphragms and must rely on muscular movements to inflate and deflate their air sacs. With this complex, indirect breathing system, birds must complete two breathing cycles to exchange air in the lungs once. Air sacs are extremely delicate and are found in an incredible array of places throughout the avian skeleton. Cervical air sacs, for example, extend into the vertebrae. Forward air sacs extend into the humerus bone of the wing, while rear air sacs enter the femur (thigh bone).

9 Birds Are On Their Toes 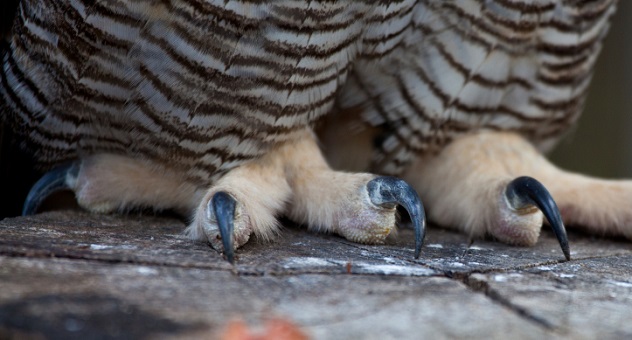 Because of a strange path of avian evolution, birds walk on their toes, and are therefore known as “digitigrades.” Their counter-intuitive leg and foot structures confuse the casual observer of feathered creatures. The leg, foot and toe arrangements of a bird are rather peculiar, thanks to the evolutionary adaptations of avian bipedalism that are functionally similar, but proportionally very different, to the human leg.

Birds have a typical thigh joint, but their true knee joint is hidden. The bend in a bird’s leg that we see in a standing avian may look like a backwards-facing, reversed knee. In fact, it is the bird’s ankle joint. What appears to be the lower leg below the “knee” is actually the bird’s extended foot bones, the tarsus and tarsometatarsus. The bird’s “foot” that we see is not the foot, but simply a collection of extended toe bones.

8 Woodpeckers Have A Bizarre Tongue And Skull Arrangement 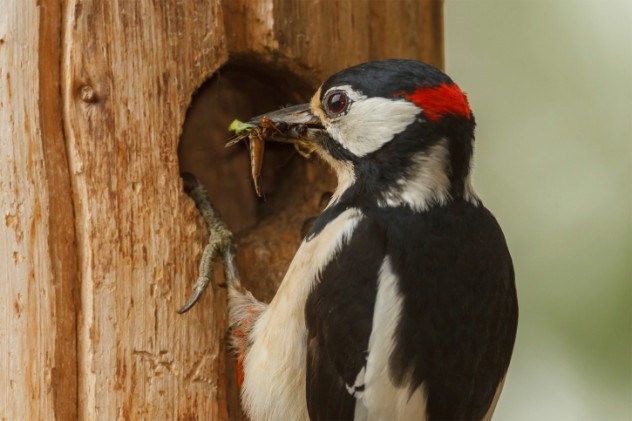 Thanks in part to amusing animated depictions such as Woody Woodpecker, the piciformes (woodpeckers) are firmly embedded in imagination and popular culture. Woodpeckers are known to have an incredibly powerful bill and a cushioned, thick skull that allows them to pound away at trees in search of prey. However, it is the nature of the tongue allowing woodpeckers to extract prey once a hole has been excavated that is especially bizarre. Woodpeckers, from the smallest piculets to the nearly mythical and possibly extinct ivory billed woodpecker, have the longest tongues in proportion to body size of all birds.

In a truly bizarre twist of adaption, a woodpecker’s tongue is actually anchored through hyoid horns at the front of the bird’s skull through the right nostril. It then routes around the skull, entering through the bill. Supported by the weird and long hyoid structure, the supremely thin tongue may be nearly as long as the woodpecker itself. The oral extender can flicker in and out to incredible lengths as insects are collected from every possible crevice. 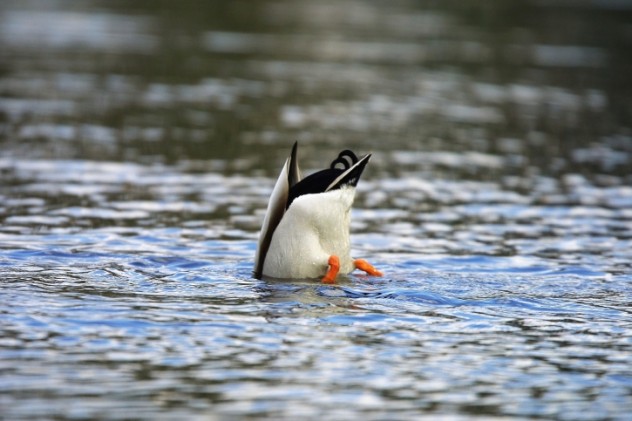 Everything in nature is a trade-off. The familiar “dabbling ducks,” such as the ubiquitous mallard, feed on the surface or grub for food at shallow pond edges. Such birds do not dive and are light in weight. By contrast, ochards, scoters, eiders, and goldeneyes inhabit open ocean waters, bays, and the deeper, central sections of lakes and ponds. In order to facilitate their plunges to the bottom in search of food, diving ducks have evolved dense, heavy skeletal structures and a compact body shape.

This comes at the cost of their flying ability. As a result, diving ducks and similarly adapted waterbirds, such as cormorants or puffins, not only make a long run to take off, but are usually seen flying close to the surface of the water as they travel above the waves. By flying close to the water, a cushion of air from each down stroke helps these heavy birds to fly more efficiently than they would at a higher attitude. Dabbling ducks simply spring into the air and are often seen circling high overhead. 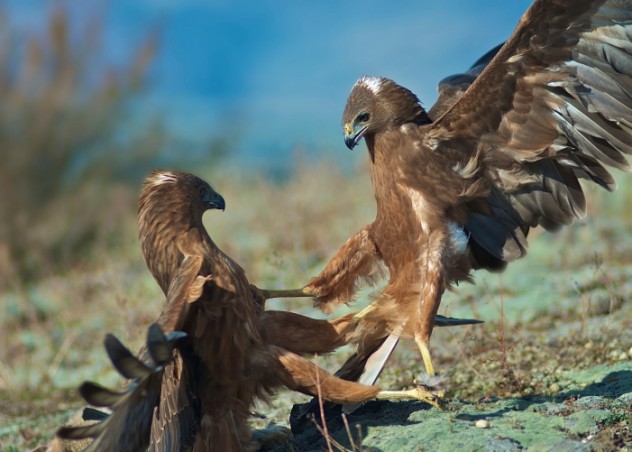 Birds of a feather may flock together, but sibling rivalry takes a variety of deadly turns as natural selection starts at close quarters in the nest. In species such as raptors, sibling rivalry is so violent and intentional that it has become known to ornithologists as “Cainism” in reference to the biblical account of Cain’s murder of his brother, Abel. Birds of prey have more than one chick, but the larger, stronger, usually firstborn chick may use its powerful beak and talons to attack the weaker nestling, leading to its death in some cases. Parents do not intervene. Apparently, the surviving bird carries the strongest genes and is the chick most likely to return on parental investment with successful fledging and eventual reproduction.

Other common bird species, such as herons, may take a more passive approach to fratricide. The stronger bird competes for all the food, causing the weaker chick to starve. Some birds, such as kittiwakes, control their hormone levels and timing of hatching through varied sitting regimes to influence the success of particular chicks in times of limited resources.

5 Doves: An Exception In The Drinking Life Of Birds 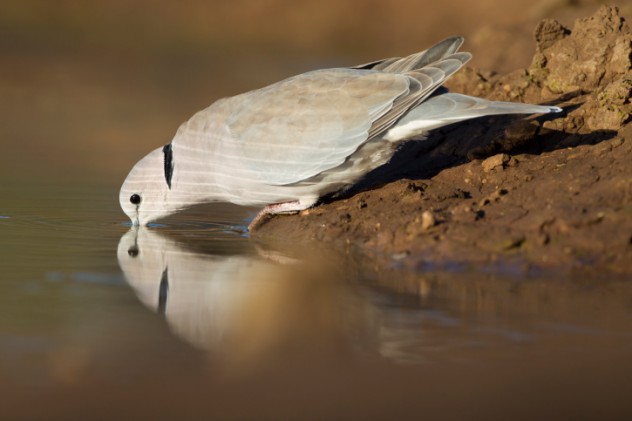 Beaks are incredible adaptations, but they have limitations. The avian mouth is hardened and poorly adapted for sipping water against gravity. Birds generally scoop water with their bill, then quickly tip their heads to swallow. Only a small amount of water can be taken at a time, causing birds to repeatedly dip into their water source in the course of a single drink.

Doves, although less “advanced” than other bird species such songbirds, have one advantage that places them in a position of water superiority among birds. Placing their pencil shaped bills in the water source, doves and pigeons draw up their water at lightning speed in the manner of a straw. Taking only 20 seconds to get its fill of water for an entire day, a mourning dove significantly cuts its chances of being caught by a predator on a dangerous stop at a water source.

4 All Birds Are Swan-Necked 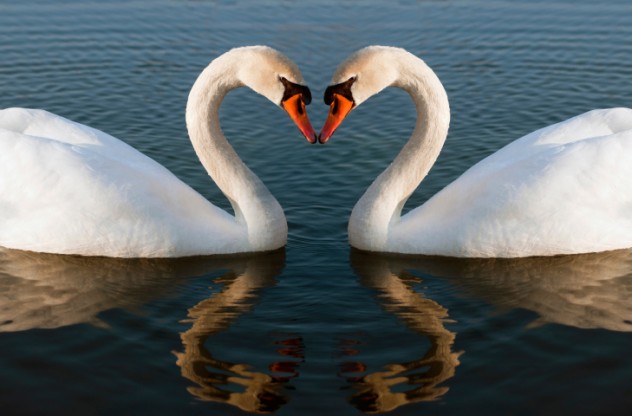 Birds are master illusionists. These disguised reptiles at heart have become the most beautiful creatures on Earth apart from tropical fish. Thought-provoking ornithologist and writer Gary Kaiser stated that “the inner bird is a goblin-like creature that controls its (nonliving) outer form of feathers through a system of short muscles linked to incredibly long ligaments, rather like a puppeteer.” Now, we will introduce a bizarre fact that is no stretch—all birds are basically “swan-necked.”

From the apparently neckless budgie and penguin to the preposterous ostrich and flamingo, all birds have a snaky, S-shaped neck. Shorter-necked birds may have a few less vertebrae, but their necks are still extremely long. An apparently neckless owl, chickadee, or long-tailed tit is simply folding its neck vertebrae into a seldom-extended S shape, which shortens its appearance. The length allows mobility but remains well-hidden behind an array of feathers. When a sleek necked heron pulls in its neck while flying, it drops a hint as to what the apparently neckless songbirds, owls, or penguins are doing beneath a cape of feathers.

3 All Birds Have Enormous Hidden Eyeballs 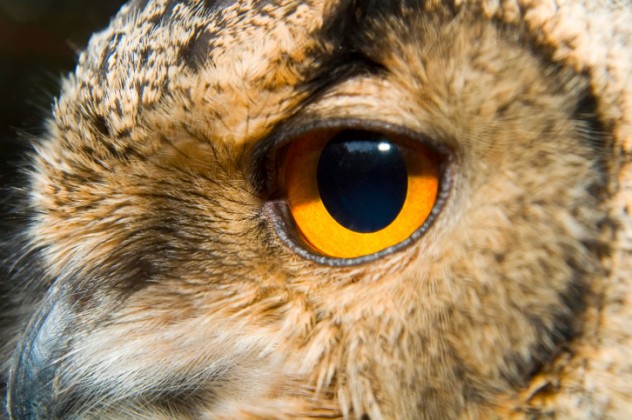 The eyes have it, and the avian body is all eyes, a fact apparent when you look at the gaping eye sockets in a bird’s skull. Scientists have determined that birds possess the best vision in the animal kingdom, sight being their leading sense. Raptors rank among the top in visual ability, as they scan for prey up to 8 kilometers (5 mi) away and maneuver through forests at over 18 meters per second (40 mph), while songbirds can pick out the smallest grub with ease.

In order to possess such incredible visual acuity, image processing speed, and incredible range, avian eyeballs are necessarily gigantic. A bird’s orbital socket hides most of the eyeball, causing us to see the avian face as rather typically proportioned for an animal. However, the actual size of the eyes of a typical bird, such as the familiar robin or finch, take up a truly incredible portion of the skull, up to 15 percent of its head mass. Human eyes, conversely, account for only 1 percent of head mass.

2 Avian Hybridization Is Frequent And Outrageous 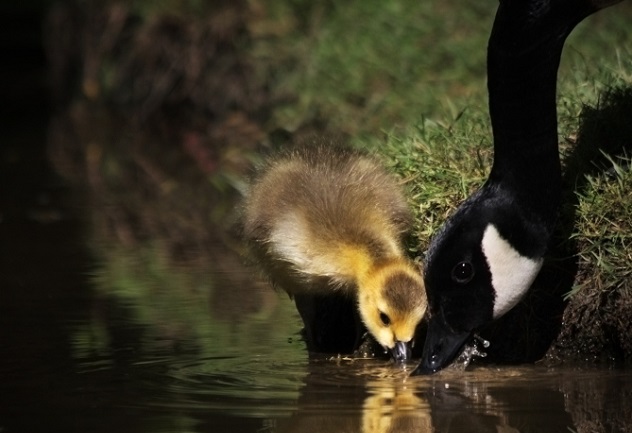 Many bird species are unusual enough, but blurring of species boundaries makes for surprisingly frequent cases of avian hybridization. As many as one in 10 of the 10,000 or so bird species on the planet are believed to have successfully hybridized in the wild. The results may be highly confusing and especially bizarre, and are even more frequent when multiple captive bird species are kept at close quarters.

Bird hybridization may reach across even greater taxonomic gulfs, all the way to hybrids between birds of different genera, such as the spectacular galahtiel (a cross between a galah cockatoo and the familiar cockatiel) or the crossing of completely distinct raptor species, herons, or songbirds. Duck hybridization may take a profound turn, with hybrids known to have occurred between the rather typical common goldeneye and the rakish, tooth-bearing hooded merganser. 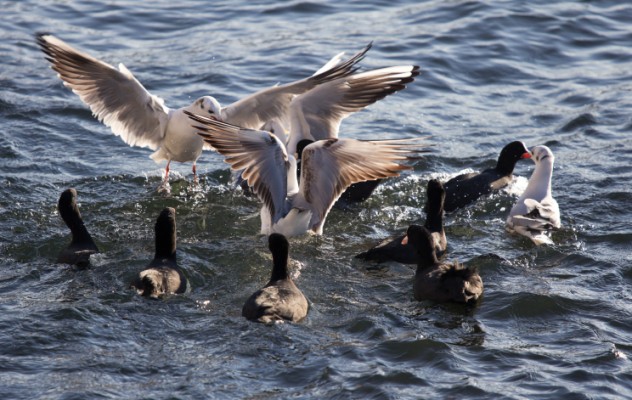 A percentage of birds are involved in the mob. Not some feathered version of the mafia, but the assemblage of individuals or multi-species parties set upon tormenting a predator, often another bird. The behavior continues to puzzle scientists, who observe species such as songbirds, hummingbirds, and terns repeatedly swooping towards, pecking, or sitting beside a predator spotted in the area.

Scientists debate the exact purpose of mobbing, but suspect that multiple factors may be at play. Birds may mob to get predators to move along, to raise awareness of a predator’s presence, or to eliminate the element of surprise in a successful attack. The fact that mobbed predators do not turn around and kill their tormenters suggests that the element of surprise is vital for a successful hunt.

Research indicates that mobbing may be intended to prevent risks to breeding territory, especially young birds. In a 2005 study of warbler behavior, mobbing was inextricably tied to breeding location. spectacular mobbing examples observed during field studies include aerial combat between blackbirds and raptors and the surrounding of a small owl by highly aggravated thrushes, towhees, several chickadees, and a nuthatch.