Ah, strippers. For better or for worse, the stereotypes about the profession make strippers a fascinating subject. But while some stereotypes do have some truth to them, a lot are off the mark. For starters, not all strippers are women forced into the profession or “paying for college.” I mean, have you seen “Magic Mike”? Although, the college one is kind of true. One in three strippers attends college and dances to support their education.

So let’s strip down the myths of this 9,000-year-old profession and take a look at 10 weird facts about strippers.

10 The Demand of Male Strippers is Surprisingly Low

Halle Berry Gets a ‘Magic’ Surprise from Co-Star Channing Tatum

With shows like “Magic Mike” shedding light on the world of male stripping, more and more men are taking to the stage. Still, it’s unusual how low the demand for them still is. In the United States, only 8% of strippers are men, compared to 92% women. That’s a ratio of nine female strippers to every one male. It’s no wonder why people usually assume strippers are women.

This percentage doesn’t consider private party strippers, though. You know, bachelorette party surprise visitors. So, it’s possible women simply prefer to hire male strippers in private settings rather than visiting a club. Also, can we call Channing Tatum? Is that possible? Oh, wait…I guess that was just a movie.

9 Stripping Can Be a Long-Term Career

It’s easy to assume that stripping is only for young people or a temporary, dead-end job. But some dancers have managed to turn it into a viable career. They approach stripping with an entrepreneurial mindset, build a regular fanbase, and start courses on pole dancing. They can even earn passive income from the course over time. Many people enjoy pole dancing as an exercise routine, even if they don’t plan to be a stripper.

Strippers have also capitalized on the money and skills they developed to launch a new career in the entertainment industry. Rapper Cardi-B was a stripper to help pay her bills, cover her rent, and invest in her artistic goals. You can still see her dance moves in her music videos. Singer-songwriter Courtney Love said she used the money she earned dancing to start her band, Hole. (Funny name for an ex-stripper’s band.)

Lastly, you don’t have to quit stripping in your 30s. The average age of strippers may be between 23 and 24 years old, but 6% of strippers have danced for 20 or more years. To keep at it for the long term, you need to keep up your fitness, shape, and positive attitude. For example, Makeda Smith didn’t start stripping until just a few years ago. She turned 55 in 2017 and developed a fanbase after her video went viral on Worldstar. You’ll be surprised how many women over 40, 50, and 60 are pole dancing today. A club in Atlanta is dedicated to older strippers, ages 45-60. In case you’re interested, it’s called the Clermont Lounge. If you go, leave a Yelp review for us, would you?

8 Role-Playing and Dancing Can Come Hand in Hand

While dancing may be their main skill, certain luxury clubs also expect strippers to dress up and role-play. A few strange yet popular stripping hot spots in the U.S. include unique role-playing themes. There’s Pirate’s Cove in Portland, where the outside is shaped like a large jug of rum. The club’s dancers cater to all pirate lovers.

If you’re really into Halloween, there’s the Silver Dollar Strip Club in Eugene, OR. Around the holiday, you can explore spooky rooms while strippers in costumes scare the pants off you. Wait, aren’t the strippers the ones taking off their clothes? And we can’t forget about the School House in Neoga, IL. This schoolhouse-themed strip club has multiplication tables and a copy of the local Pioneer school’s constitution hanging on the walls next to the stripper poles.

Or maybe lightsabers and love are more your “thing.” In that case, L.A. has the Mos Eisley Cantina that hosts Star Wars night. Its strippers dress up as classic characters… including stormtroopers. These are the droids you’re looking for.

7 Female Strippers Can Work Through Anything…

Do Exotic Dancers Work During Their Period At The Strip Club? Queen Star Candy Gets Honest Here

…and by anything, I mean their period. If you get one, you know why this is a big deal. Cramps, bloating, acne, ugh. It kind of sucks. But since most female strippers only dance, there is a simple solution for those who feel well enough to work through it. A well-concealed tampon and a snip of the string will do the trick. Then they’ll pop a Midol and get to work.

Believe it or not, they can actually make a lot more money during that time of the month. Why? Because studies show that many women have a higher libido during their periods.

6 You Need The Right Attitude To Be Successful

Most strippers aren’t dancing against their will. They do it because they enjoy dancing and are confident in their body. It takes talent and a certain level of commitment to the skills required to be a good dancer. Most strippers enjoy the playfulness and self-esteem boost that comes with dancing on the pole. By giving off confidence and enjoyment, they’re more likely to attract clients and make more money.

Being a stripper also requires you to have thick skin. While the profession is better accepted today, some people still hold onto stereotypes and look down on anyone who chooses to strip. Dancers can’t afford to let this affect them. On the job, clients regularly reject them since not everyone will be attracted to their look or dance style. Successful strippers don’t take it personally.

5 Strippers Are Healthy And Work in Clean Environments

This fact made the weird list because of the widely accepted stereotype that strip clubs are dirty places that promote drugs and breed STDs. The truth is, most strippers are healthy, have health care, and maintain their physique so they can dance on the pole. Strippers often work out in the gym and eat clean to maintain their good bodies. A survey also found that around 90% of strippers come from religious backgrounds and are close to their parents. They aren’t rebelling against their parents or running away from religion.

As for strip clubs, most employers run a law-abiding establishment. They keep up with health codes, have liquor licenses, and ban all drugs on site. You can even get delicious food at clubs like The Venetian Gentlemen’s Club in Orange County, CA, which is also home to the Sushi Dave restaurant. (Again, if you go, leave a Yelp review.) You can look down on the second floor at the main stage and enjoy quality sushi at the same time. Two birds. One stone.

4 Strippers Have a Wide Range in Earning Potential

Cardi B Liked Being a Stripper

You may have heard that strippers make more money in one night than the average person earns in a week. While this can be true, it’s not consistent. The pay can change depending on what time you work, the day you work, and the customer turn-out for that particular shift. Pay can also differ depending on the quality of the club, the city you are dancing in, and the type of clients you meet. Every place offers different opportunities.

In the United States, the average salary of strippers can range between $19,000 and $140,000 a year. In an interview with Ellen DeGeneres, Cardi-B said she started dancing at 19 and accumulated approximately $20,000 by the time she was 20 years old. However, strippers can make only a few dollars a night for those starting and only dancing during slow times.

A stripper’s pay can also be seasonal, especially if you dance for private parties. The summer usually has more parties than the holidays. From November to March, strippers dancing at private parties could potentially be out of work. Some strippers will travel to Vegas for the weekend to earn more money from high-end clubs there. It is important to save and budget ahead for seasonal pay—just in case you’re planning to go into the profession.

3 Stripping Existed Thousands of Years Ago

The Institution of Public Brothels in Ancient Athens

Stripping is not a result of the de-evolution of man’s morals or the crumbling of humanity. It was used in rituals and religion. And brothels, too.

In Bulgaria and Romania, archaeologists found stripper statuettes over 9,000 years old. Most ancient religions also have sex deities who stripped for various reasons. For example, the Ancient Greeks had dancers strip for fertility at temples. The dancers would slowly take off the animal furs they were adorned in. These dancers later became priestesses and saw the services they provided as an honor. Unrelated to religion, the Ancient Greeks also had brothels that featured women dancing naked to arouse patrons. So we can at least conclude the first versions of strippers date back to the 6th century BC.

The Sumerians also had strippers in their ritual practice for the goddess Inanna in the Underworld. Women took off their clothes one by one to mimic the goddess’ ordeals. Ancient Rome also had strippers that considered themselves actresses since they were usually stripping as part of a play. They used eroticism to engage interest. Although there are also accounts of strippers associated with the slave world, these examples show that dancing was not always a tainted experience. Thousands of years ago, communities saw strippers as religious symbols or professionals.

2 Strippers Get Asked to Do Crazy Things Besides Dance 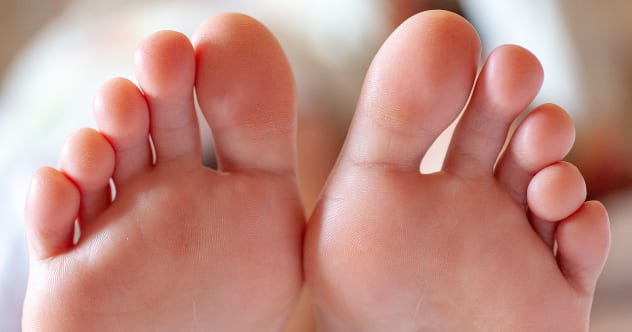 While it may not be surprising that weird things can happen in a strip club, some of the crazy requests clients have made certainly are. Sometimes, strippers are asked to do a lot more than just take off their clothes — but it’s not what you’d think. One dancer stated that a man paid big bucks to let him smell her butt. She just had to bend over and let him catch a quick whiff. Gross.

And some of these funky favors aren’t really that sexual. Another stripper had a regular customer who ignored lap dances and wanted to search for lint between her toes. He would keep paying for songs until he was done looking. She got a $100 tip one day after putting some lint between her toes for him to find. It’s like a toenail treasure trove.

1 Most Strippers Have Unexpected Daytime Jobs 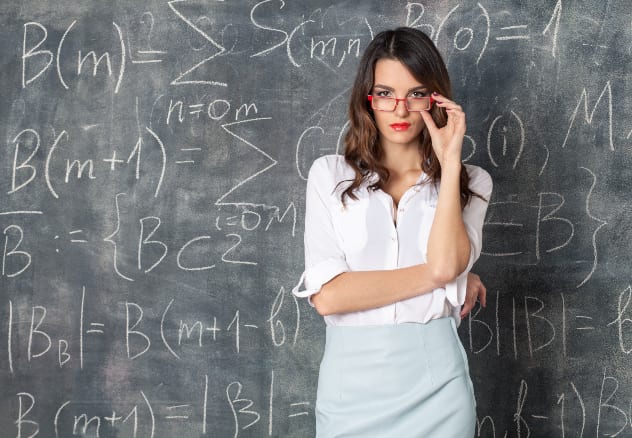 Most people see stripping as a way to express their passion through dance. The space is more open today, and people are more accepting of it as a lifestyle. Around 60% of female strippers dance as a part-time job and have some unexpected day jobs. With the pay some teachers get, it may not be surprising to learn that 14% of strippers work as teachers during the day. Other day jobs include analysts and mathematicians.

As previously mentioned, Makeda Smith danced in her 50s and continued dancing alongside a high-profile career in the entertainment industry. She has her own PR agency and was a publicist for entertainers like Mo’Nique and Jamie Foxx.