This year, Playboy celebrates its 60th anniversary. Although countless aspects define the magazine’s endurance, none is so important as its founder, 87-year-old Hugh Hefner. Coming from humble beginnings, the man simply exudes cool with his mansion, smoking jacket, and coterie of beautiful Playmate girlfriends, each young enough to be his great-granddaughter. Playboy is not merely a periodical—it is ultimately an embodiment of the American dream. 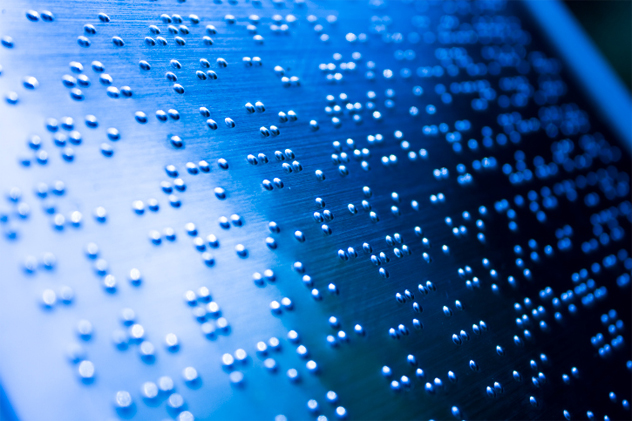 Few publications would lend themselves less readily to braille editions than Playboy, but for those blind folks who want to catch up on the dirty jokes section, the library has got your back. Beginning in December of 1970, the National Library Service for the Blind and Physically Handicapped began producing a braille version of the magazine, which has no advertisements or pictures. In December 1986, the Library of Congress stopped making the magazine, which led to a huge lawsuit by several blind rights organizations. In August of that year, Federal District Judge Thomas F. Hogan ruled that ceasing publication of the braille version of Playboy was in violation of the First Amendment rights of blind people. If you want a version of Playboy that is totally safe to read at work, the February 1992 magazine is available online here. 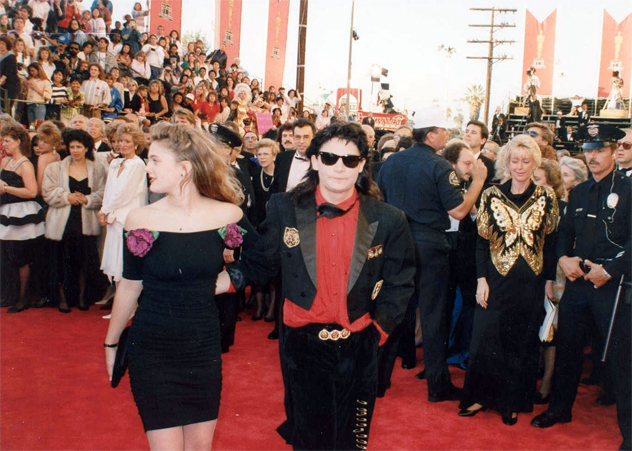 Despite the train wrecks that populate the tabloids, Drew Barrymore is uplifting evidence that a troubled child actress can bounce back. In the mid 1980s, she starred in a string of blockbusters such as Firestarter, Cat’s Eye, and E.T. the Extra-Terrestrial. By age 13, she was already drinking, smoking, and snorting cocaine in nightclubs. At her worst, she spent two stints in rehab, attempted suicide, and didn’t appear on the screen for three years. But in the early 1990s, her career resumed in a major way. One of the steps on her way back to the top was a nude pictorial in Playboy’s January 1995 issue. Drew looked beautiful of course, but at least one man was less than impressed—her godfather and the director of E.T., Steven Spielberg. For her next birthday, he sent her a quilt with the message “Cover yourself up.” 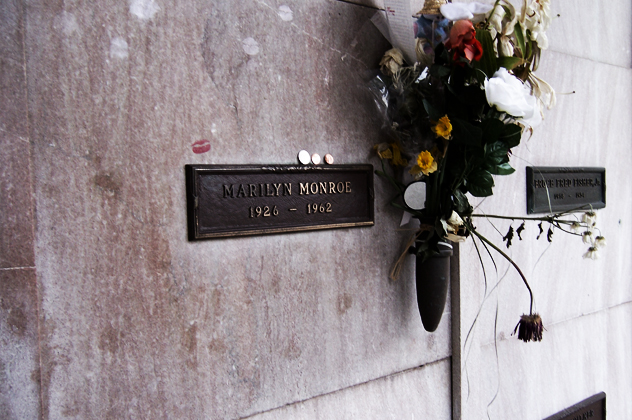 Playboy’s first issue was published in December 1953, famously featuring a nude Marilyn Monroe supine on a background of red velvet. While the image was not original to the magazine (it had been recycled from a calendar), Marilyn’s lovely form was one of the bedrocks of Hugh Hefner’s success. Hef himself would not likely beg to differ. He purchased the vault next to Monroe’s at the Westwood Village Memorial Park Cemetery’s Corridor of Memories in Los Angeles, where he intends to rest beside her for all of eternity. This gesture is certainly made all the more touching by the fact that Hugh Hefner and Marilyn Monroe never actually met in real life. 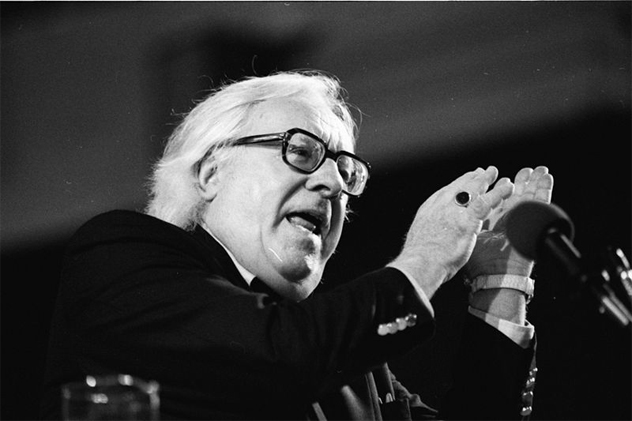 The old joke about Playboy aficionados is that they “only read it for the articles.” As hackneyed and clichéd a statement as this might be, Playboy has long featured incredible literature. This was realized from the magazine’s earliest days: Ray Bradbury’s novel Farenheit 451, a dystopian classic about an anti-intellectual future where books are burned, was published in serialized form in the March, April, and May 1954 issues. In the years since, fiction by Nobel- and Pulitzer-prize-winning authors has proven the norm rather than the exception, with stories by Saul Bellow, John Updike, Vladimir Nabokov, Kurt Vonnegut, and countless others appearing in the pages between the nudes. 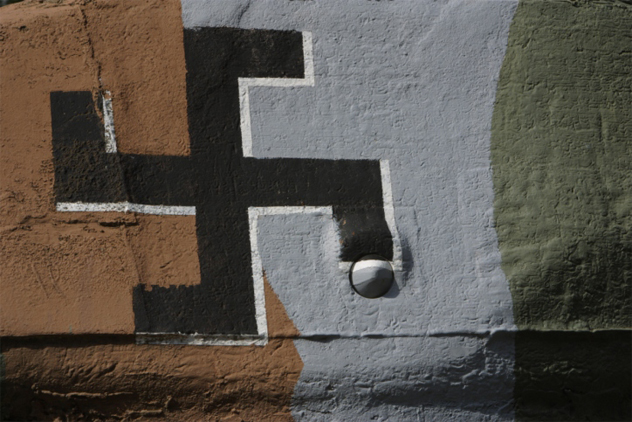 Author Alex Haley, who wrote Roots, got his start as a reporter for Playboy, in fact conducting the magazine’s first interview with jazz musician Miles Davis. Haley also interviewed Martin Luther King Jr., Muhammad Ali, and Malcolm X. But perhaps Haley’s most notable encounter was with the founder of the American Nazi Party, George Lincoln Rockwell, in 1966. After ensuring on the phone that Haley was not a Jew, Rockwell invited him into the inner sanctum. Led past a Doberman attack dog, he was brought before Rockwell, who conducted his interview in the presence of an armed bodyguard with a pearl-handled revolver sitting on the armrest of his chair. He informed Haley, “Nothing personal, but I don’t mix with your kind, and we call your race niggers.”

Alex was apparently unperturbed by this language, responding “I’ve been called nigger many times, Commander, but this is the first time I’m being paid for it, so you go right ahead.” Rockwell continued on, spewing all sorts of racism and Holocaust denial. His hatred may have been unfounded, but his paranoia was not. Just over a year after his Playboy interview, George Lincoln Rockwell was shot to death in a well-planned assassination that has yet to be solved. 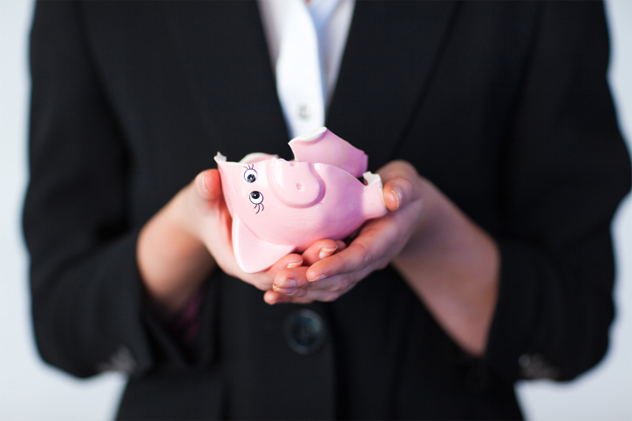 Despite being one of the most famous brand names in the world, times have been lean for Playboy. The decline began in the 1970s, when the magazine started to lose some of its market share to more explicitly pornographic titles like Penthouse and Larry Flynt’s Hustler. But technology has been Playboy’s greatest enemy. Circulation began to fall in earnest during the 1980s after the introduction of the VCR. Suddenly, people could view XXX fare in the privacy of their own homes, and the allure of adult magazines grew stodgy. But the Internet was what really destroyed Playboy—between 2000 and 2009, the company’s value took a nosedive from $1 billion to a mere $84 million. People simply weren’t going to pay money for something they could get for free with an internet connection. In 2011, Hugh Hefner weathered a takeover attempt by Penthouse publisher FriendFinder Networks Inc. by taking on financial backers. 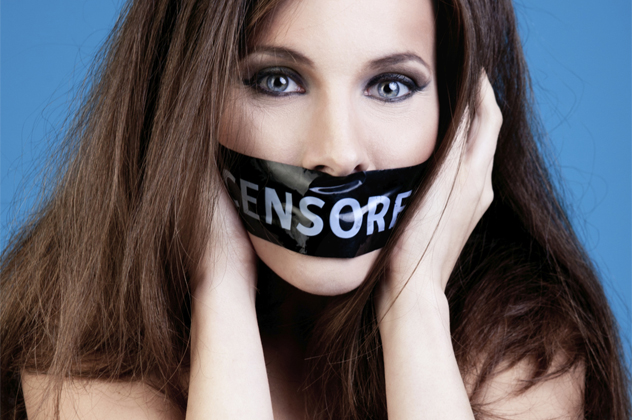 Though far from being the paradigm of evil and immorality, Playboy is banned in many countries throughout the world, including India, mainland China, and Singapore. The magazine is particularly reviled in Muslim countries—in April 2006, when Playboy hit the stands in Indonesia (where it features no nudity), members of the terrorist organization, the Islamic Defenders Front (IDF), went on a rampage, hurling rocks at the editorial offices in Jakarta. Erwin Arnada, the magazine’s editor-in-chief, was taken into custody and charged with indecency. During his trial, the IDF staged protests outside the court room. The months-long trial ended with Arnada’s acquittal on April 5, 2007, under laws guaranteeing freedom of the press in Indonesia. 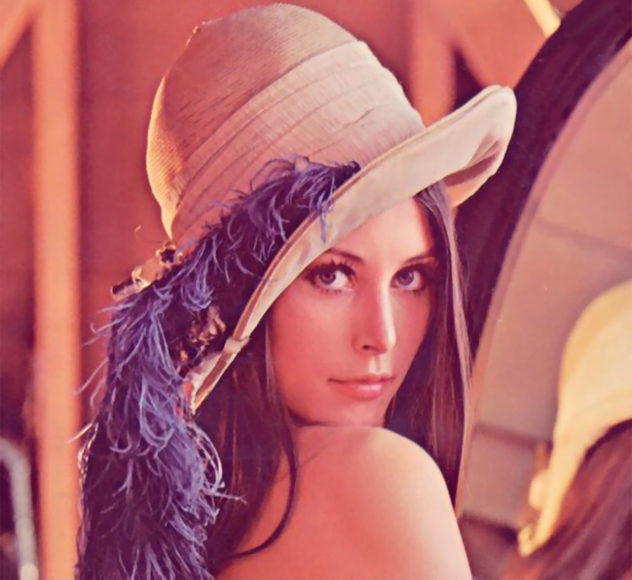 Developing image processing algorithms is usually a dry and technically involved task. But let it be known that these guys have a keen eye for the ladies. For the last 40 years, the standard test image for the industry has been a picture of Lena Soderberg, the centerfold from the November 1972 issue of Playboy. This issue was the best selling in the magazine’s history, with a circulation of 7,161,561 copies. The Lena image (cropped to include the young woman gazing seductively over her shoulder), is not only appealing to the eye; it contains a wide mix of detail, shading, and color that make it ideal as a test. Playboy is known for carefully protecting its images from illegal use, but has called the image processing use of Lena “a phenomenon.” The company even helped track down Lena so she could appear at the 50th Annual Conference of the Society for Imaging Science and Technology in 1997. 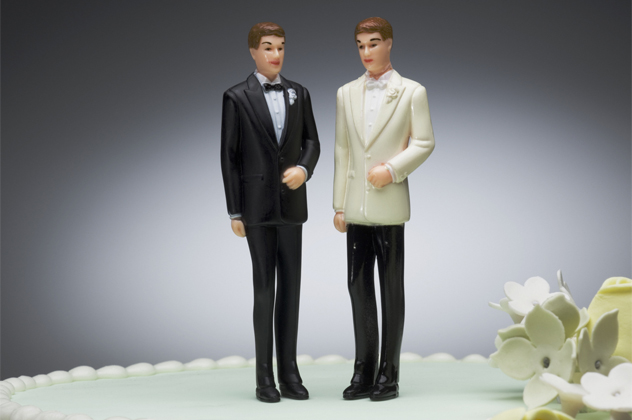 Featuring page after page of gorgeous, sun-kissed women, Playboy might be seen as a celebration of heterosexuality. But few have been more vocal in their support of gay rights than founder Hugh Hefner. In the September 2012 issue of the magazine, he penned an article titled “Sexual Freedom,” in which he endorsed gay marriage, claiming that the struggle for all people to be allowed to wed is “a fight for all our rights.” Hefner has enjoyed a liberal stance on homosexuality for decades. In 1955, he published a short story written by Charles Beaumont called “The Crooked Man,” which depicted a straight man living in a world where homosexuals were the majority and heterosexuals were discriminated against. When disgruntled readers penned letters in opposition to his decision, he responded, “If it was wrong to persecute heterosexuals in a homosexual society then the reverse was wrong, too.” 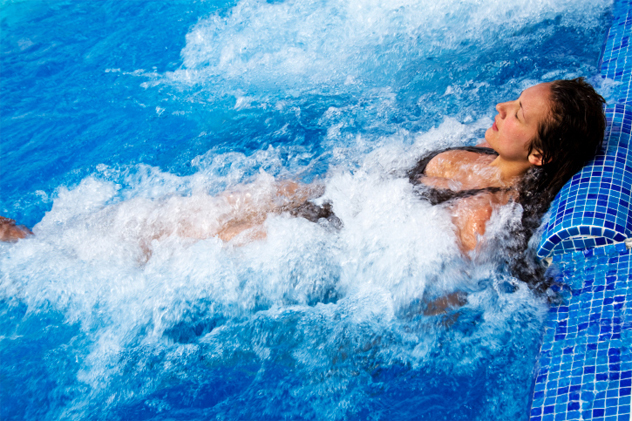 For many people, the Playboy Mansion could be considered nothing short of heaven on earth. With 29 rooms and a whopping 2,042.7 square meters (21,987 sq ft) of space, the home is owned by Playboy; although Hugh Hefner lives there, he actually pays rent to the company. The compound boasts a zoo, a game room, and perhaps most notoriously, a grotto that has played host to untold debauchery. Many diseases have likely been swapped in the grotto, most notably Legionnaire’s disease. In February 2011, at least 123 people who attended a DomainFest fundraiser at the mansion fell ill. An investigation by the Center for Disease Control traced the source of the outbreak to a whirlpool located in the grotto, where they discovered Legionella pneumophilia bacteria.