By the end of 1968, the Black Panthers had established around 38 chapters across America. Their ideology developed over time. They wanted to change the system permanently and created a “Ten-Point Platform and Program” to facilitate this change.

The Black Panthers are remembered in history as a hypermasculine, violent, and confrontational group of black men who stuck it to the system. But the party had a lot more to it than its black berets and black leather jackets.

10 The Party Set Up Its Own Social Programs 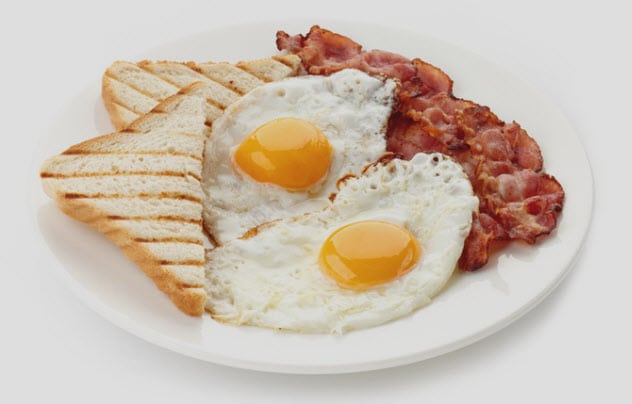 The Black Panther Party was notorious for its violent rhetoric and its advocacy of the use of arms for defense. But lesser known is its work with the community to improve black lives.

The party set up 65 social programs between 1966 and 1982, ranging from a Free Breakfast for Children Program (FBCP) to Free Health Clinics to a Free Busing to Prisons Program.[1] These types of assistance were designed to improve areas which were lacking for many black people, especially education, nutrition, health care, and employment.

Perhaps the most successful program, the FBCP was set up in Oakland in 1968 and was soon initiated in every chapter of the party across the country. The program fed thousands of children daily before they went to school to set them up for the day. Many of these children did not receive a substantial breakfast at home or any breakfast at all.

The FBCP breakfast consisted of eggs, bacon, grits, toast, orange juice, and sometimes hot chocolate. The FBCP also educated the children about black history and culture and informed them of current events. The programs were an invaluable source of aid for thousands of black people and have a lasting legacy, albeit a lesser-known one today. 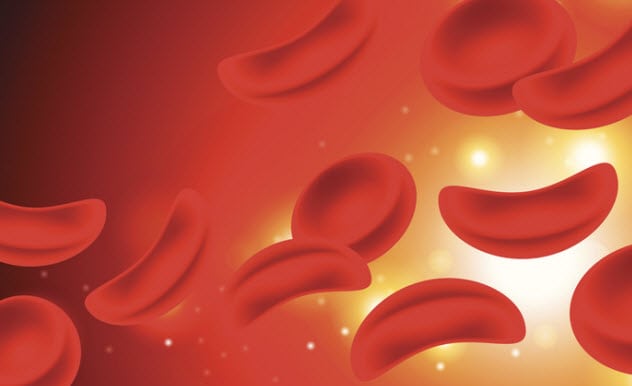 The Black Panther Party wanted to provide the health care for black people that was not available from the government. The party opened People’s Free Medical Clinics across the country after a directive from Chairman Bobby Seale. The clinics were established in 13 cities, and staff gave medical care to black people and other groups who needed it.

The Black Panthers also ran an ambulance service in North Carolina. But their biggest breakthrough in health care was their acknowledgment and treatment of sickle cell anemia.

It was a neglected disease that received little funding because it affected those of African descent. The party improved the handling of sickle cell anemia by setting up national screening programs to test for the disease. The Panthers also went door-to-door and pricked fingers for blood samples to test for the trait and the disease.[2]

This research was groundbreaking. The party’s Sickle Cell Anemia Research Foundation, which was later funded by the federal government, had one of the nation’s first sickle cell testing programs.

8 They Offered ‘A Chicken In Every Bag’ 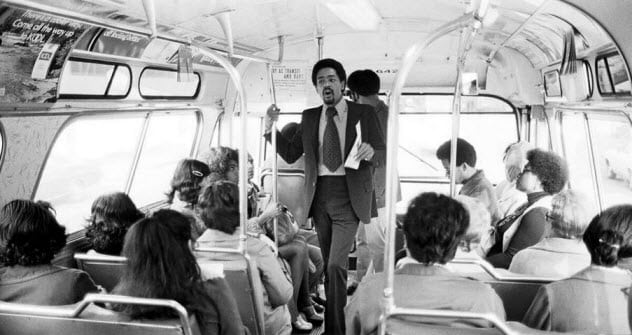 The Black Panthers orchestrated social programs which improved the lives of black people across America, and they also tried to improve the voter registration numbers of black people. The party promised “a chicken in every bag” as part of Bobby Seale’s campaign when he ran for mayor of Oakland, California, in the early 1970s.

Seale set up the Black Community Survival Conference where 10,000 bags containing chickens were to be given away for free for three days in March 1972. The bags also contained cereal, noodles, a dozen eggs, and beans.

The catch was that the bags also contained a voter registration form for every adult to try to get them to register. There is no definite proof that the numbers of black voters increased due to this initiative, but it still provided nutritional support for 10,000 people.[3] 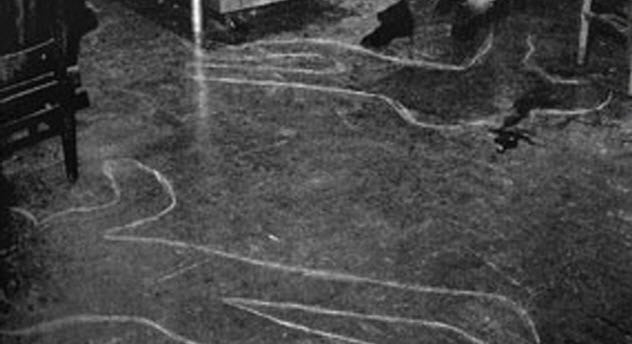 By 1968, the Black Panther Party was viewed as “the greatest threat to the internal security of the country” and began to receive a great amount of attention from the FBI. The government program COINTELPRO—directed by J. Edgar Hoover—was created to neutralize communism but turned its attention to black nationalist groups. The Los Angeles chapter became one of the most affected in the conflict between the party and the FBI.[4]

As a result of this early tension, Black Panther members Alprentice “Bunchy” Carter and John Huggins were shot dead on January 17, 1969, by these rival group members. The murders occurred at a meeting to discuss the choice of a director for the new Black Studies program at UCLA.

Recognizing the importance of exacerbating the tensions between US and the LA branch of the Black Panthers, Hoover began to capitalize on the event. After the shootings, there were attempts to salvage the relationship between the two parties, but these were interrupted by the FBI.

They sent anonymous, derogatory cartoons to the Panthers and to US which impled that one was still out to get the other, often playing on the deaths of Carter and Huggins. The FBI prevented US and the Panthers from consolidating alliances by exploiting the tension between them very effectively.

6 The FBI Murder Of Fred Hampton 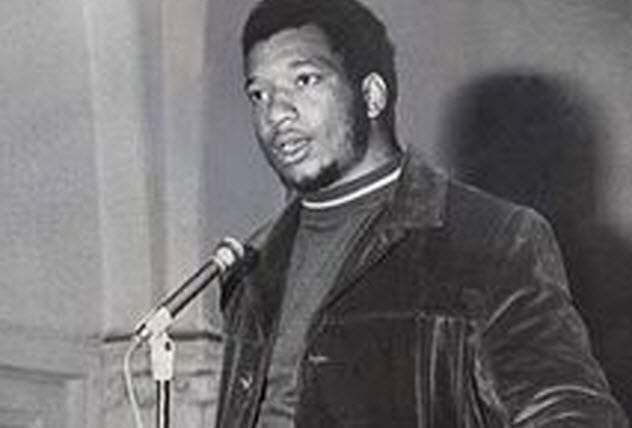 The FBI did not just sabotage the work of black nationalist parties. They were also responsible for the deaths of two Panthers, Mark Clark and Fred Hampton. In 1968, Hampton was the head of the Chicago Panthers and he began to attract attention. The FBI followed his every move, and he was tailed by FBI informant William O’Neal.

The FBI was wary that Hampton would go underground, so they cracked down on him. Special Agent Roy Martin Mitchell requested the floor plan of Hampton’s apartment from O’Neal. It detailed where Hampton’s bed and weapons were.

O’Neal was ordered to drug Hampton with a sedative before the police paid their visit to the apartment. Fourteen officers fired into the apartment under the cover of darkness as Hampton and fellow Panther Mark Clark lay sleeping. The attack was initially described as a gun battle, but ballistic experts later found that the Panthers only fired one bullet.[5]

Mark Clark fired the shot as he was dying. The police fired 99 shots, with two rounds shot point-blank into Hampton’s head. The murders were part of a long line of plots and plans to eliminate the alleged threat by the party.

5 Tupac’s Mother Was A Member Of The Party 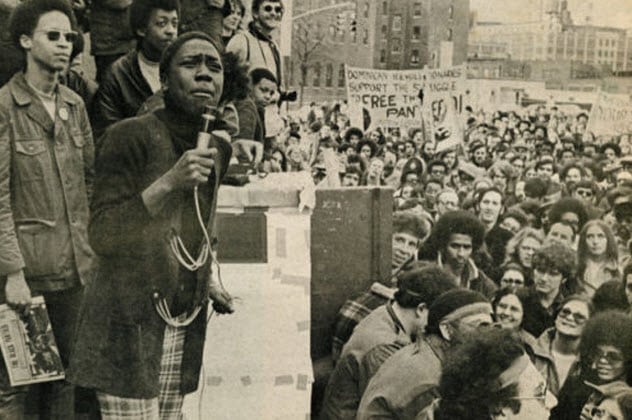 Afeni Shakur, the mother of iconic rapper Tupac Shakur, had roots in the Black Panther Party prior to the birth of her son. She joined the Harlem chapter in 1968. In April 1969, Afeni and 20 other Panthers were accused of conspiring to carry out bombings in New York. They became known as the Panther 21.

The setup was orchestrated by the FBI under the COINTELPRO program. They used surveillance, wiretapping, and infiltration. These tactics were revealed during the trial, and as a result, none of the state’s evidence held up in court.

Afeni chose to be her own attorney, conducting her own legal research, interviews, and cross-examinations. She was the only Panther to do so. The case was the longest in New York State history at the time, and Afeni won. By May 1971, after two years of proceedings, all 21 Panthers were acquitted.[6]

4 They Were Inspired By Revolutionary Writings 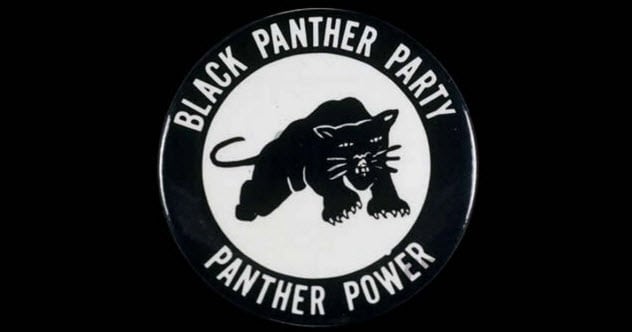 Perhaps the most influential piece of work on the party’s philosophy was The Wretched of the Earth by Algerian psychiatrist Frantz Fanon. He experienced the Algerian Revolution, and his work became essential reading for the Black Panthers. Fanon’s work heavily influenced the party’s members and its practice.

The Black Panthers held great appeal for young black men and women who were tired of the system that continually oppressed them. The party had a refined ideology that was clever and calculated. They wanted to challenge police power by using armed self-defense, or more significantly, the threat that came with it.

They were not just a group of young rebels waving guns around. Instead, they sought to improve the lives of black people through an informed and ideological platform. This can be seen in their Ten-Point Platform and Program.[7]

3 The Party Had An International Branch 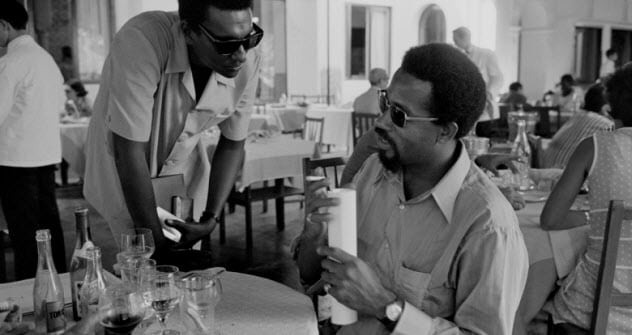 Although originally founded in California, the Black Panthers also became international with a branch in Algeria. The establishment of this branch was due to internal divisions within the party. At different times, the leaders Huey Newton and Eldridge Cleaver began to differ in their ideological beliefs, creating a lot of tension between the two powerful personalities.

In 1969, Cleaver fled to Algeria to escape imprisonment in America. While there, he began to attack the Black Panthers as he became impatient for the revolution. Newton supported the idea of reaching out to the community, whereas Cleaver took a more militaristic stance and advocated the overthrow of the white system with a lesser focus on the community.

The final nail in the coffin between the two leaders came with Cleaver’s decision to align with the Black Liberation Army. After his release from prison in 1970, Newton expelled Cleaver from the Black Panthers.[8]

2 Sexism Was A Prominent Issue In The Party

The Black Panthers have a reputation based on a masculine image and male leadership, but this is not strictly true. There were female members in the party, too, who played significant roles. However, with this in mind, it becomes easy for the party’s sexism to be overlooked in its history.

This sexism was particularly prominent under the leadership of Eldridge Cleaver. His interpretation of the black power struggle involved the submission of women for the male manhood. Women in the party were relegated to menial positions that were seen to fit their gender—cooking, cleaning, and office-type work, for example.[9]

During Cleaver’s leadership, the sexism within the party was best presented with his speech at Stanford University in October 1968. He reduced women to sexual objects. Their sole power was to use sex to garner support for the Black Panthers.

This reduction of women was prominent in the early years, and they were even subject to sexual harassment. Some higher members of the Black Panthers attempted to gain sexual favors from lower-ranking women by using the excuse that it was the female role in the revolution. This resulted in some women leaving the party.

Although the Black Panthers had some prominent female figures, most notably Elaine Brown, this should not lessen the very real effect of sexism in the party. A turning point did come with the support of Huey Newton in a speech promoting equality for women and homosexuals in 1970. 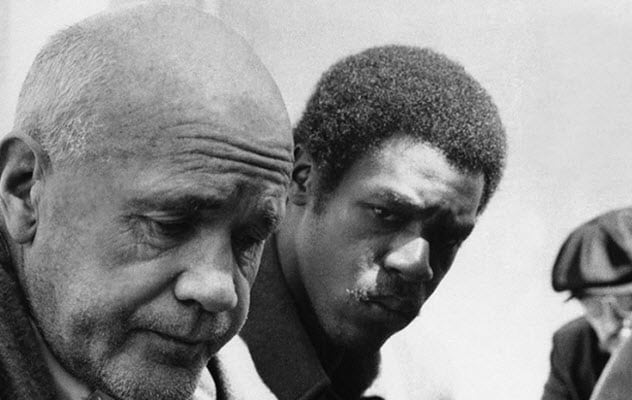 Homophobia also affected the Black Panthers. Prior to Huey Newton’s release from prison and his pro-equality speech, the party fostered homophobia across the different chapters. In particular, Eldridge Cleaver was a proponent of homophobia.

The Black Panthers were extremely masculine, which they used as an excuse to exclude gay men. Members of the party often used anti-gay rhetoric to insult their opponents. Cleaver even called the Free Breakfast for Children Program a “sissy program.”[10]

Cleaver believed that gay black men who had sex with white men hated themselves and worked against the revolution. The party never expressly excluded gay people, but the Black Panthers’ intense homophobia affected their stability as an organization.

Sarah is a history graduate with an interest in groups who have had a hand in changing society.

For more lesser-known facts about the Black Panther Party, check out 10 Fascinating But Forgotten Men From American History and 10 Nefarious Conspiracies Proven True.