For years, pawnshops have held an ugly stigma as the last refuge of the impoverished, taking advantage of people at their most desperate. But after the economic collapse of 2008, the traffic into pawnshops has increased considerably, with middle class and even wealthy folks being forced to trade in their valuables for loans. The following year, the History Channel debuted Pawn Stars, a reality-style TV show detailing the misadventures of a shop in Las Vegas. It quickly became the network’s biggest hit and spawned a host of imitators. Today, the industry is thriving, albeit often misunderstood. 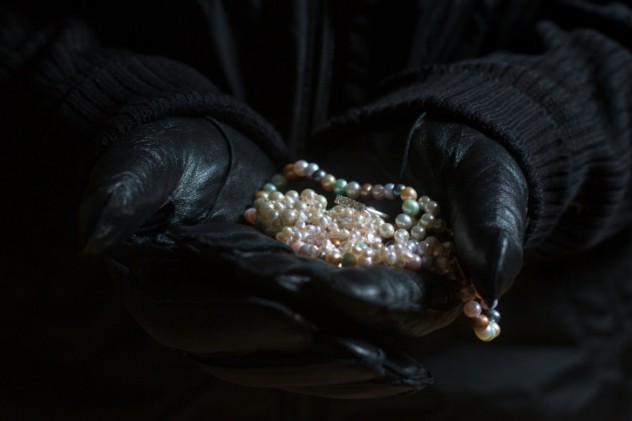 One of the biggest risk a pawnbroker takes upon buying or pawning an item is that it is actually stolen property. There’s no way to determine whether a watch or a television is stolen by appearance alone, and that is why a pawnbroker must make a careful record of his purchases, requiring customers to provide identification (and even fingerprints in some cases) to prevent “fencing.”

The pawnshop frequently turns in a list of the merchandise and its attendant serial numbers to police, who check it against reports of stolen goods. The pawnbroker is required to keep all merchandise for a set period of days (typically two or three months) before selling it, not only to give the person who pawned his valuables a good faith chance to purchase them back, but for police to investigate any shady transactions. 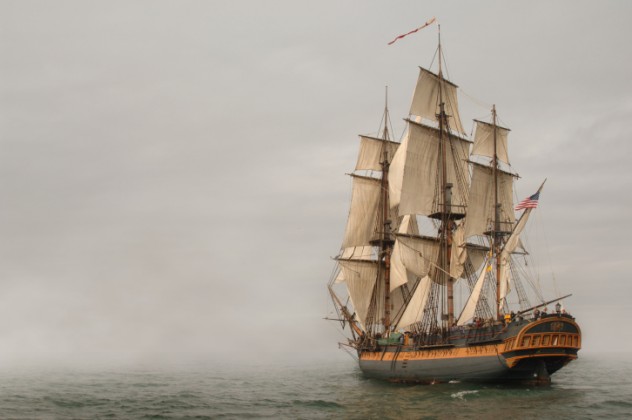 For many years, history books reported that Christopher Columbus’s first journey to the New World in 1492 was funded by Queen Isabella of Spain, who allegedly pawned her crown jewels to raise the capital. That notion has since been debunked; by the time Columbus was ready to set sail, Isabella had already pawned most of her jewels, including a pearl and ruby necklace that had been given to her by King Ferdinand as a wedding gift and the crown of Castile. She gave them to the merchants of Valenica and Barcelona to pay for the campaign against the Moors and to fund the Spanish Inquisition.

It’s believed that Isabella may have pledged some of her smaller pieces to Columbus and that this endorsement actually brought other investors calling, such as the Santa Hermandad police organization, which provided most of the funding for the Nina, the Pinta, and the Santa María to cross the Atlantic. 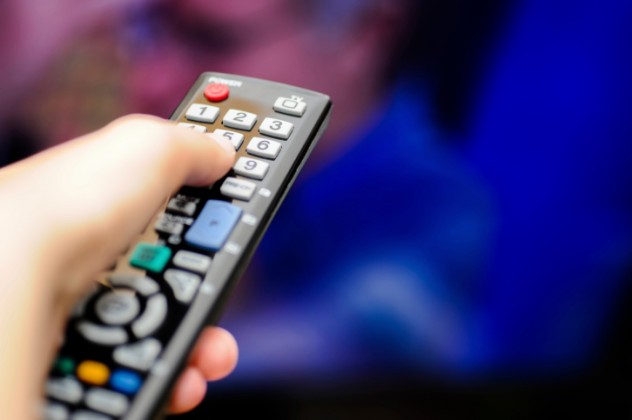 History Channel’s Pawn Stars is probably the best thing that ever happened to the pawn industry. The show, which features three generations of the Harrison family (along with bumbling sidekick Chumlee) operating Las Vegas’s Gold & Silver Pawn Shop, is an appealing melange of humor and traffic in bizarre, exorbitant merchandise. Episodes have shown owners trying to sell or pawn cannons, a Batmobile replica, and even a cigar box that belonged to John F. Kennedy (the most expensive item for sale in the shop at $125,000).

Like most reality shows, much of Pawn Stars is staged and scripted for dramatic effect. Breaks from real-life include guest stars “randomly” appearing to make purchases, the frequent calls to experts, and even the presence of the main cast members, who can no longer work the counters due to privacy laws (their fame is such that people are constantly taking pictures of them, compromising the discretion of customers).

7 The Patron Saint Of Pawnbrokers 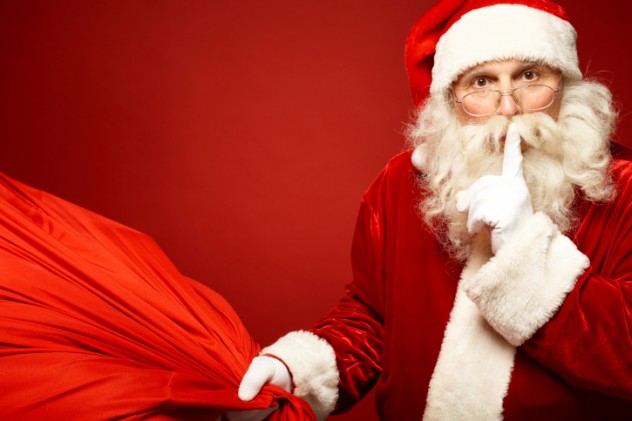 While pawnshops might be seen by some as a symbol of mankind’s greed, the patron saint of pawnbrokers maintains a legacy as one of the most generous human beings to have ever walked the earth. Saint Nicholas was known for his benevolence. In one instance, he rescued the three daughters of a poor man from becoming prostitutes by giving him three bags of gold to provide dowry for them to be married, hurling the sacks through a window at night.

Some versions indicate that Nicholas dropped the bags off one at a time over three consecutive nights. On the third night, the man attempted to discover the identity of his mysterious benefactor, but Nicholas was shrewd and dropped the bag down the chimney. This story was modified a bit (throwing in reindeer and swapping the gold for toys) to create the beloved legend of Santa Claus. Others who fall under Saint Nicholas’s patronage include repentant thieves, the falsely accused, children, and pharmacists. 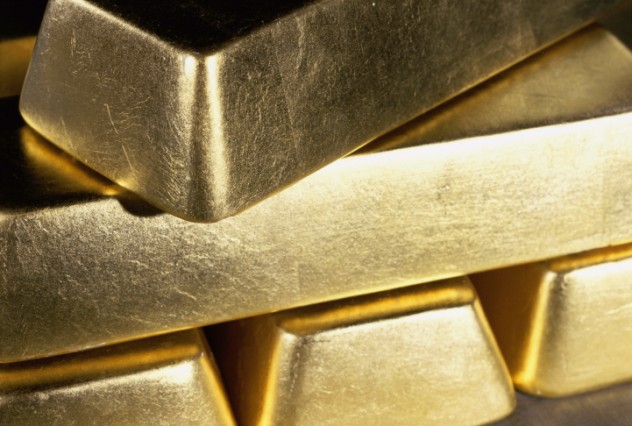 Most pawnshops cater to people who trade in a necklace or ring for a few bucks to pay a bill or make rent, but in recent years, a new trend has emerged. Collateral lenders (a fancy euphemism for high-end pawnshops) cater to typically wealthy, cash-poor clientele who need a quick influx of capital. Often, the money is needed to open up a new business or make payroll during a lean month. Loans can range into the tens of thousands or up to a million dollars, and collateral can include things like exotic sports cars, priceless artwork, and the kind of jewelry normal people might only see behind glass at a museum. Interest rates for loans of this caliber are often insane—in the state of Texas, collateral lenders are legally allowed to charge 240 percent a year. 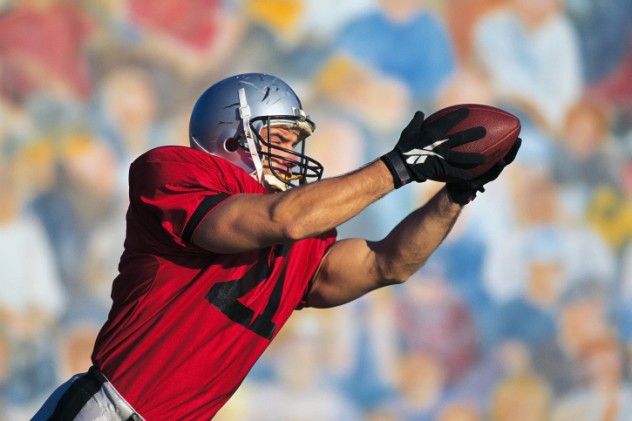 When the New York Giants met the New England Patriots in Super Bowl XLVI, no one gave the underdog Giants much of a chance. The Giants had beaten the Patriots in a Super Bowl four years previously, but many considered it a fluke; the Patriots were out for revenge. But late in the fourth quarter, with a chance to put the game out of reach, the Patriots’ wide receiver (Wes Welker) missed an easy catch. The Giants would go on to win. Welker was devastated by the incident, appearing near tears in the post-game interview.

Smelling the kind of marketing opportunity born of controversy, Pawngo.com, the US’s first online pawnshop, went to Copley Square in Boston and dumped 400 kilograms (900 lbs) of Butterfinger bars on the ground. Over the pile of candy bars, the company left a placard that read “Thank You Wes Welker.” Unsurprisingly, this stunt didn’t go over well, and Pawngo’s CEO was forced to backpedal and issue an apology. The company was also slapped with a fine for violating Boston’s commercial dumping ordinances.

4 The Item Most Often Pawned 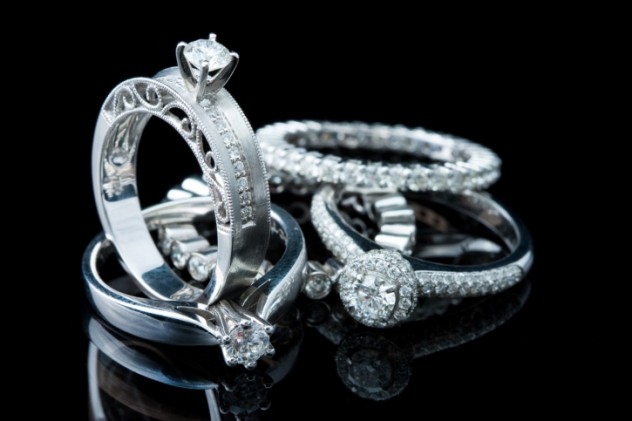 Most pawnshops will take anything of value (though some operate on a specialty basis, doing trade only in musical instruments, tools, or firearms). Electronics like televisions, video games, and latops are popular items to hock, but customers are often dismayed by the low returns they get. Simply put, gadgets are constantly evolving, and last year’s toy is worth pennies on the dollar you paid for it. Knowledgeable customers will also typically bypass items like used computers, which may come with problems that are not initially apparent.

The majority of items pawned are jewelry. Gold, silver, and precious gems have intrinsic value by virtue of weight and quality. A pawnbroker will always be conscious of their fluctuating values. Moreover, pieces of jewelry often have sentimental value, ensuring that the customer will come back to retrieve them and make his interest payments. 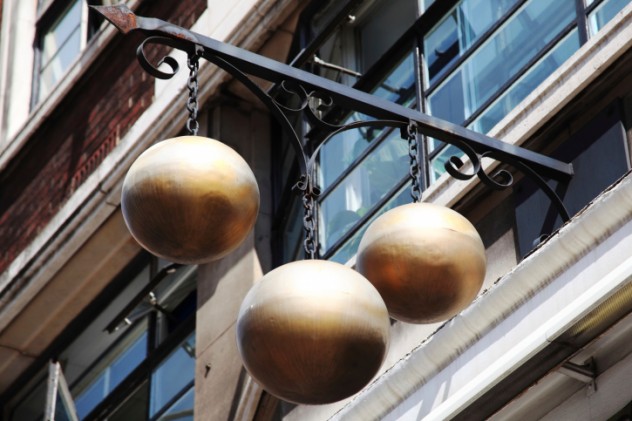 The international pawn symbol is that of three gold spheres hanging from a bar. There are several competing theories on the origin of this symbol. Some tie it to the infamous Medici dynasty, a family of monarchs, bankers, and even Popes. The legend was that an early member of the clan killed a giant with three bags of rocks, hence the spheres. Merchants attributed this symbol with prosperity and adopted it as their own, hanging it outside their shops. Others claim the three spheres are symbolic of the aforementioned story of Saint Nicholas and his three sacks of gold. Today, those in the industry joke that the three spheres mean “Two to one, you won’t get your stuff back.” 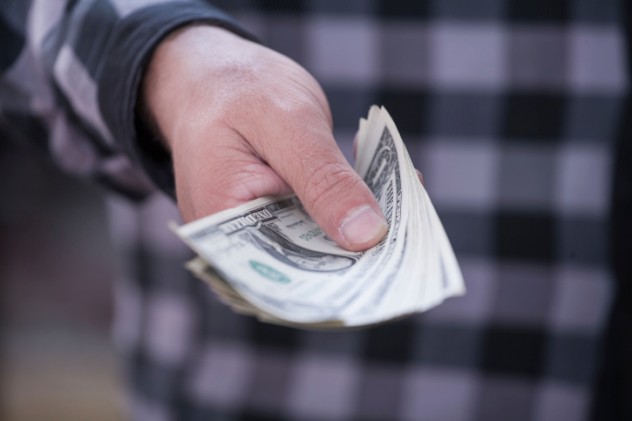 While it would seem that those desperate enough to pawn something as dear to them as an engagement ring are probably unlikely to ever recover it, but according to the National Pawn Brokers Association, an average of 80 percent of goods are eventually reclaimed. The majority of transactions in pawnshops are conducted by repeat customers, frequently pawning and reclaiming the same item over and over again. This is good business for the pawnbroker, who can reap continual interest payments with a greater confidence the customer will make good on them. However, in some economically disadvantaged areas, the reclaim rate has fallen to as little as 50 percent. 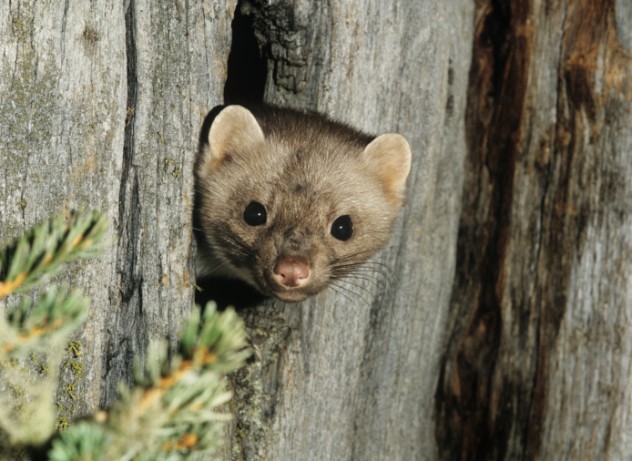 “Pop Goes The Weasel” is a melody dating as far back as the mid-19th century—if not older. It’s one of the most popular songs played by jack-in-the-box toys. There are dozens of different lyrics to the song, all of them united by the final line “Pop! goes the weasel.” No one seems to know exactly what the phrase means, though one verse in a British version of the song seems to indicate that it may be tied to pawn:

Up and down the City Road
In and out the Eagle
That’s the way the money goes
Pop! goes the weasel.

Dissecting this verse, “The Eagle” means London’s historic Eagle Pub and subsequently blowing through all of one’s money there. The “weasel” has been assumed to be Cockney slang for a coat, thus the song refers to having to pawn one’s coat after spending too much on alcohol.