As we grow older, the holidays often become stressful, with fatalities at Black Friday sales, feasts to prepare, presents to wrap, and the arrival of your weird uncle. But all it takes to bring you back to those innocent years tinged with wonder is a whiff of fresh baked cookies, ready for the arrival of St. Nick. Even they have tales to tell, however—full of murder, disease, monsters, and sugar. 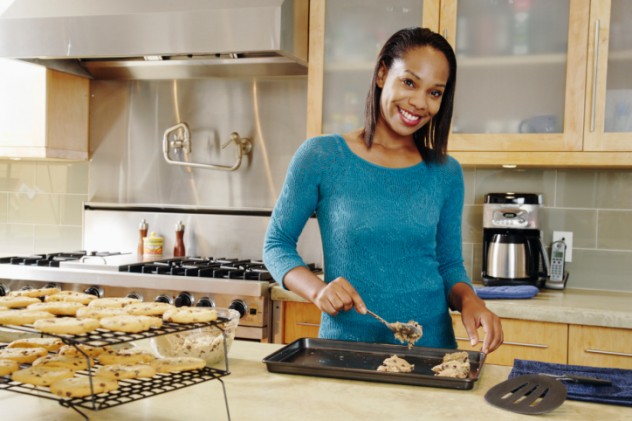 Nothing could be more politically correct than a cookie, particularly Nabisco’s Mallomar, a kind of s’more with a graham cracker base, topped with marshmallows coated in melted chocolate. As these treats do not fare particularly well in the heat of summer, they are only produced during the cooler months, approximately September–May.

In the United States, little about Mallomars tends to raise eyebrows. Overseas, though, the nomenclature tends to swing toward the offensive. In many European countries, including France and Denmark, Mallomar-like cookies are referred to as “negro’s kisses”. In Flanders, a region of northern Belgium, they are often called negerinnetetten, or “negress’s breasts.” 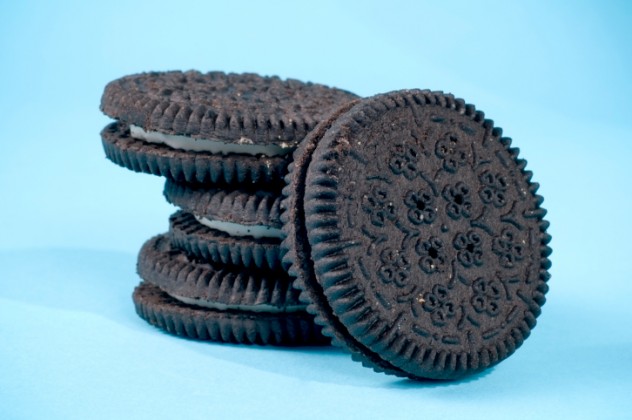 Oreos are the world’s most popular cookie, racking up $1.5 billion in revenue per year according to Nabisco. With that kind of success, one is bound to attract a host of imitators. Perhaps the most established of these cookie counterfeiters was the Hydrox cookie, manufactured by Sunshine, a subsidiary of Kellogg. Except things are really the other way around—Oreo is actually the rip-off brand.

Hydrox (a word combining the words “hydrogen” and “oxygen”) were introduced in 1908, while Oreos didn’t appear until 1912. Compared to Oreos, Hydrox have been called “tangy” and “less sweet,” with a cookie less absorbent to a dunking in milk. Oreo dominated the market share for decades, until Kellogg finally pulled the plug on Hydrox in 2003. There was an uproar from a small but vocal fan base, and the Hydrox reemerged briefly for its 100th anniversary before fading back into obscurity. 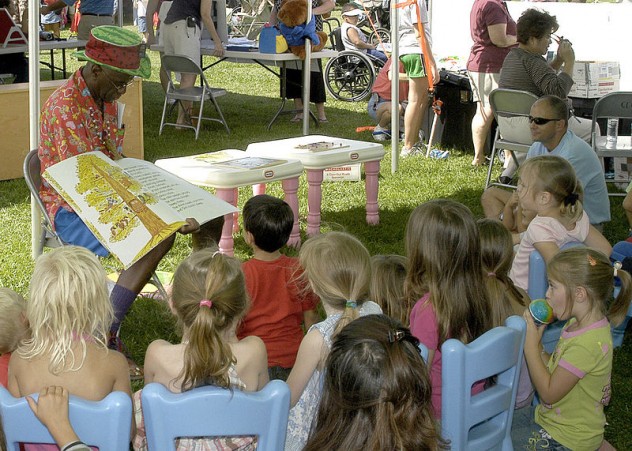 Unlike Betty Crocker, Famous Amos is an actual person, and one with an unlikely success story. When he was young, Wally Amos learned to cook from his aunt and attended the Food Trades Vocational High School in New York City. He later served time in the Air Force, attended college, and took a clerical job with the William Morris Agency. He would become the agency’s first African-American talent agent. Seeking to differentiate himself from the crowd, he would send prospective clients homemade chocolate chip cookies.

The cookies were a hit, and with $25,000 loans from singers Marvin Gaye and Helen Reddy, he opened his first “Famous Amos” storefront in Los Angeles in 1975. Amos made delicious cookies, but proved a poor businessman, and was forced to sell off his brand in 1988 for $3 million. His career has since rebounded, and he now sells a line called “Uncle Wally’s Muffins,” gives motivational speeches, and even appeared on an episode of The Office. 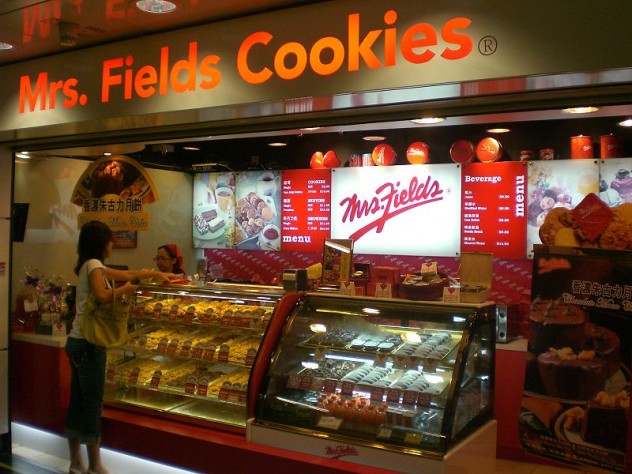 Like Famous Amos, Mrs. Fields is another real person. Debbi Fields started out as a ball girl for the Oakland Athletics in the late ’60s and used the proceeds of her job to bake cookies. In 1977, she and her husband opened their first store and met rapid success. Around this time, they became the victims of an ugly urban legend that had previously attached itself to other businesses. At its most basic, the story goes that a customer is so enamored by eating a cookie that she asks for the recipe. The clerk responds that the recipe can’t be given away, but is for sale at “two-fifty.” The customer is delighted to spend $2.50 on the secret, but when the credit card bill comes, it is for $250.00. Outraged, the customer publishes it for all to see.

This legend has been circulating for decades, and had been connected to Woolworth’s, the Waldorf-Astoria Hotel, and others. By 1987, the story had taken on such a life of its own that Fields put up a notice in her stores debunking the tale. More recently, the story has been linked to Neiman Marcus. In response, the store—which hadn’t previously even sold the snacks—began offering chocolate chip cookies and posted the recipe on their website.

Certainly, no one on the planet could be more enamored of cookies than Sesame Street’s Cookie Monster—the furry. blue, googly-eyed monster who gobbles the treats with reckless abandon. A song performed by the character in the 2004 episode of the Sesame Street above suggests that the name was given to him in response to his predilections, and that his real name is actually “Sid.”

The next year, in response to the growing childhood obesity epidemic, Cookie Monster debuted his song “A Cookie is a Sometimes Food,” which teaches the merits of moderation in eating habits. Oddly enough, the big blue beast rarely feasts on actual cookies—the oil and chocolate would stain the Muppet costume—but on rice crackers painted to look the part. 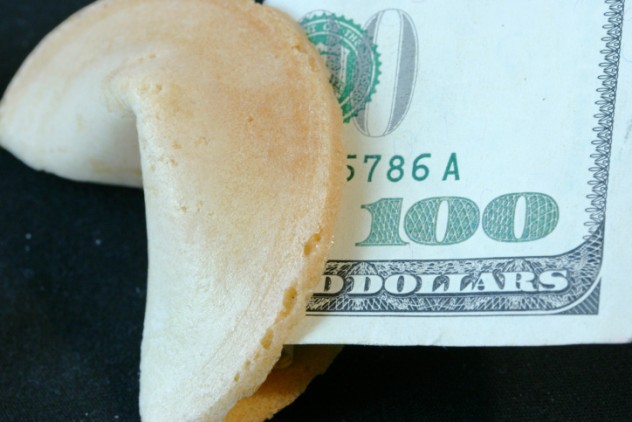 The March 30, 2005 United States Powerball drawing was quite the shocker. One ticket snagged the $13.8 million jackpot, which was par for the course. Typically, the $100,000 second prize was won by four or five tickets, but in this instance, an astonishing 110 tickets were redeemed. Fraud was initially suspected, but an investigation revealed an even more bizarre reality: The winners made their selections based on the “lucky numbers” they’d gotten from fortune cookies manufactured by Wonton Food Inc. of Long Island City, New York.

None of Wonton’s employees held tickets—the drawing was merely a coincidence. The numbers were: 22, 28, 32, 33, 39, and 40. Satisfied, the lottery commission paid out $19.4 million to the winners. Eerily, the fortune that went along with the lucky numbers was “All the preparation you’ve done will finally be paying off.” 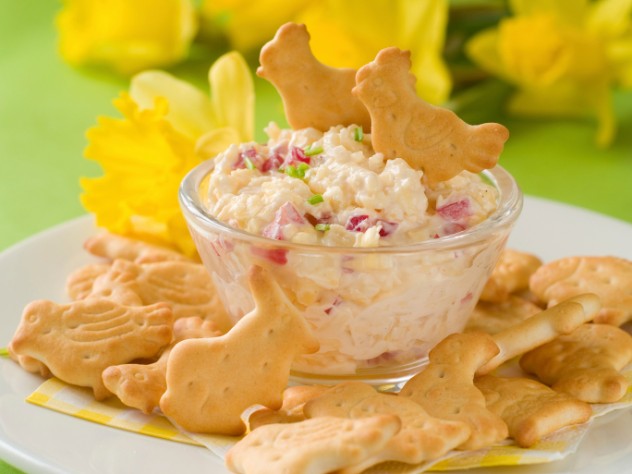 Nabisco’s “Barnum’s Animal Crackers” are one of the trapping of childhood, iconic for the circus wagon box with its string handle—which was originally meant to hang it from a Christmas tree as an ornament—and the vaguely bestial thrill of chomping a lion’s head off. Since the brand’s beginnings over a century ago, there have been 53 different animals in the line-up. Today’s include bears, camels, crocodiles, elephants, giraffes, monkeys, horses, lions, seals, tigers, and zebras. In 2001, Nabisco offered the public a chance to weigh in on a new animal to add to the roster. They had a choice between the penguin, the walrus, the koala, and oddly enough, the cobra. The koala won the popular vote, and appeared briefly. Ironically enough, Barnum’s Animal Crackers are actually vegan. 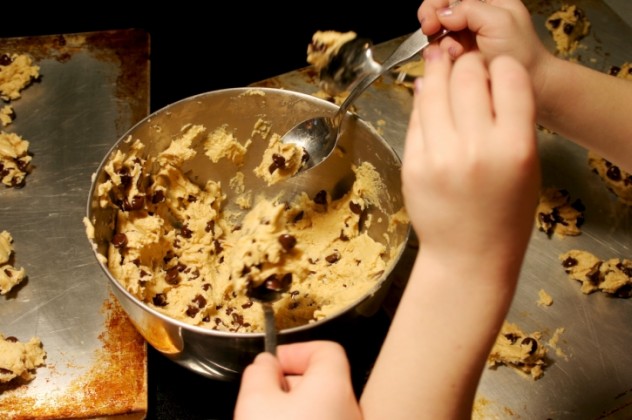 There are few more delightful earthly pleasures than licking the excess brownie batter off the spoon or stealing a pinch of cookie dough while Mom’s back is turned. The warnings that the dough contained raw eggs and might make you sick ostensibly rang hollow. Unfortunately, dough can indeed make you ill; under the right circumstances, it can kill you.

In 2009, prepackaged Nestle Toll House chocolate chip cookie dough found to contain the bacterium E. coli 0157:H7 sickened 66 people in 28 states. According to the Centers for Disease Control, 25 of those people were sick enough to require hospitalization, and seven went into kidney failure. Luckily, no one died. The following year, Nestle discovered salmonella in their chocolate chips. Luckily, these were caught before going out to market. Sometimes Mom is right. 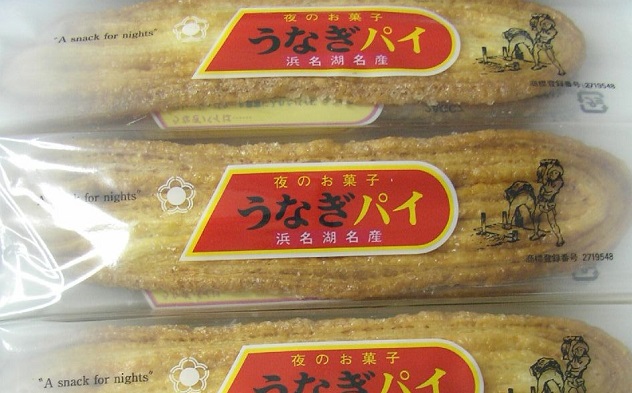 The Japanese never fail to shock Western palates with their bizarre snacks. Store shelves abound with things like soy sauce Kit Kat bars and horse-flavored ice cream. Not surprisingly, they have also moved into the cookie market. One delicacy from Hamamatsu City in the Shizuoka Prefecture is a treat called “Unagi Pie,” a cookie made with fresh butter, garlic, and crushed eel. These cookies are sold throughout Japan and are popular souvenirs for visitors. One can even visit the Shunkado factory where the pies are made. The tour comes complete with windows into the bakery, a theater, a café to try various unagi creations, and a gift shop. Some believe unagi is an aphrodisiac, and the label on the cookies advertises it as “a snack for nights.” 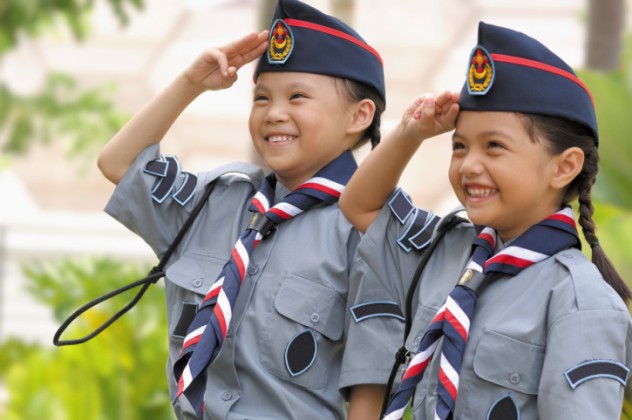 You might have noticed that it’s been quite some time since a Girl Scout knocked on your door peddling Thin Mints. The trend has been toward public sales, in front of supermarkets and the like. Unfortunately, the world is not a safe place for little girls with handfuls of cash. They are often robbed or duped by fraudulent orders.

Perhaps the most tragic case occurred in February 1975, when 9-year-old Marcia Trinble vanished while delivering cookies in her Nashville, Tennessee neighborhood. Her body was found over a month later on Easter Sunday, showing signs of sexual assault. A 15-year-old boy named Jeffrey Womack was arrested but later released. Many would consider him a suspect until 2007, when an inmate in Davidson County, Tennessee admitted to the killing. Jerome Barrett’s DNA matched samples taken from the crime scene, and in 2009, the 62-year-old was sentenced to 44 years in prison.