Though it’s not uncommon for celebrities to expand their interests or work in different areas of the media, we expect them to have earned the majority of their wealth doing the thing that made them famous in the first place. As you will see, that isn’t always the case.

10 Aerosmith Made More Money From Guitar Hero Than Any Album 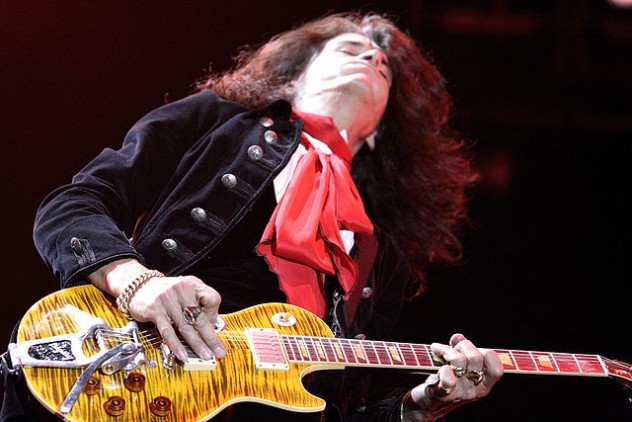 Aerosmith are rock legends—surely they earned enough money melting faces, shredding guitars, and blowing minds to die age at age 100 crashing their life-sustaining hover-pods into a mountain of cocaine and strippers, right? No, as hard as it to believe, the band’s biggest ever money-earner wasn’t one of their several multi-platinum albums or even their appearance in the Wayne’s World movies—it was from the Guitar Hero: Aerosmith rhythm action game.

The royalties the band earned from the game dwarfed anything they’d ever earned from any of their other albums, concerts, or even their merchandise. Keep in mind, Aerosmith have been playing for three decades. We don’t know if it’s depressing or hilarious that one of the most famous bands on Earth earned more money from letting people pretend to play their music than playing it themselves.

9 Kate Moss Makes More Money As She Gets Older 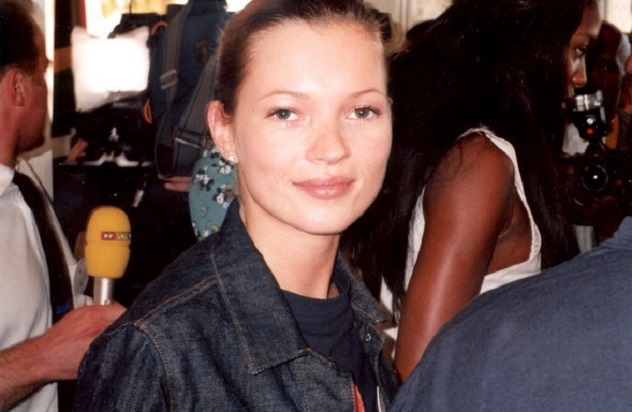 People making money as they age isn’t unheard of. In fact, it’s usually the way the world works. You have to work your way up to the big bucks through years of hard work—unless you’re a model, in which case, it’s almost always the exact opposite. It’s a job where you’re literally paid based on how thin and good-looking you are. It’s not a career where time is your friend.

Apparently, no one has told Kate Moss that, because as she’s gotten older, she’s found herself earning increasingly large amounts for strutting her stuff down the catwalk. At the age of 39, she supposedly earns three times as much money from modeling as she did as a fresh-faced teen, serving as a walking middle finger to everything we know about the fashion industry and life in general. Though other models have remained successful as they’ve grown older, such as Milla Jovovich and Tyra Banks, Moss is still noted as one of the few on the list who is still actively modeling instead of turning her attention to a different career. 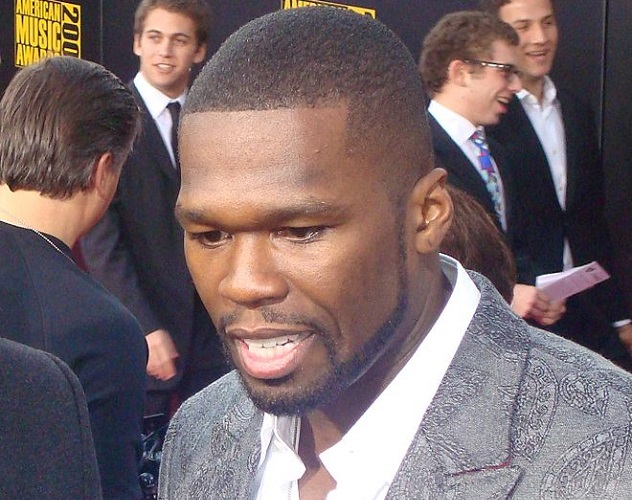 Though known for such lyrical masterpieces as “In Da Club” and “I Got Swag,” Curtis “50 Cent” Jackson is stupidly smart and prudent when it comes to investing money. For example, the rapper once made nearly $10 million in a day by using his Twitter followers to buy tons of stock in a company he owned a decent stake in.

Fiddy’s biggest boon by far, though, was Vitaminwater, which earned him a reported $60–80 million when the brand was bought out by Coca-Cola. Today, Mr. Cent is valued at close to $500 million. Of course, a considerable pile of that is from rapping, but a bigger, much dirtier pile is from him just being a business genius. 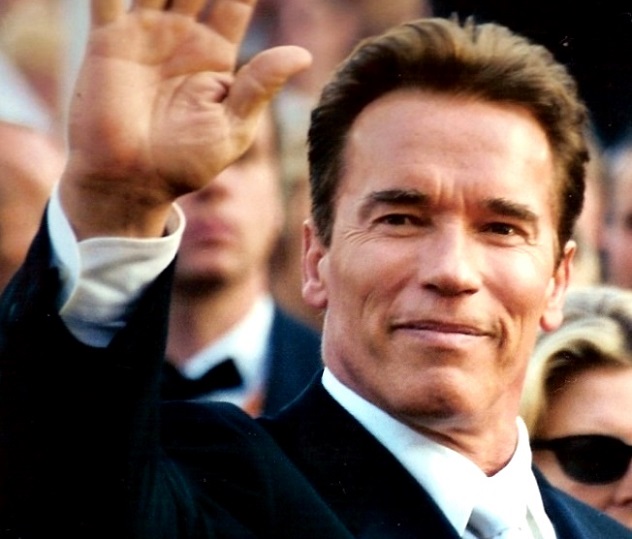 Arnold Schwarzenegger is one of those names that is synonymous with “action hero.” He’s so successful that he didn’t even collect a salary when he was the governor of California. However, Schwarzenegger’s initial wealth didn’t come from film, or even from the dozens of body-building competitions he won prior to convincing Hollywood that actors can speak in heavily-accented monotone. No, it all came from clever investments in real estate.

By carefully and prudently investing the arguably paltry winnings from body-building competitions into exercise equipment and real estate, Schwarzenegger was a millionaire by age 22. Of course, he later earned millions more from his movies, but you could argue he couldn’t have made that money in the first place without the money he made from real estate. 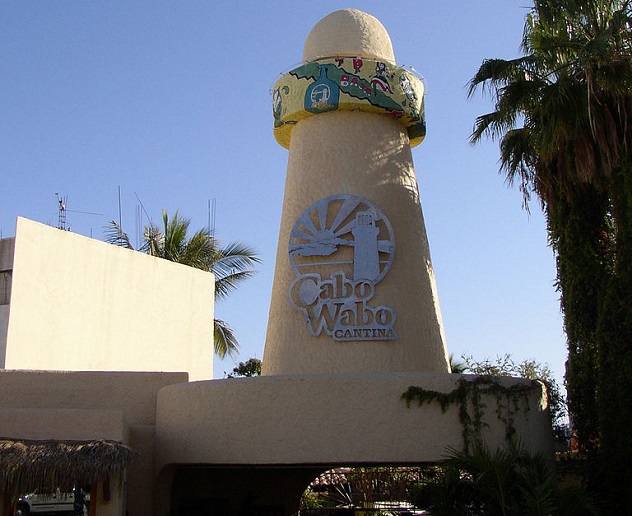 After replacing David Lee Roth as the lead singer of Van Halen, you’d hope that Sammy Hagar retired with enough money to rock until he died. However, despite a stint as the front man of one of the best known rock groups of all time and penning a few hits as a songwriter before that, Hagar’s wealth has come primarily from one source—tequila.

Hagar is the founder of the Cabo Wabo Tequila brand, which was once almost exclusively served at the restaurants and clubs he owned. That is, until people realized that the tequila was actually good and it began flying off of shelves. In 2007, Hagar sold a whopping 80-percent share of the company for $80 million. He sold the rest a few years later, citing that he was too lazy to be bothered trying to market the brand when he’d already made enough money. In fact, Hagar has made so much money from the deal, his clubs, and his tequila empire that he’s now the single richest member, former or current, of Van Halen. 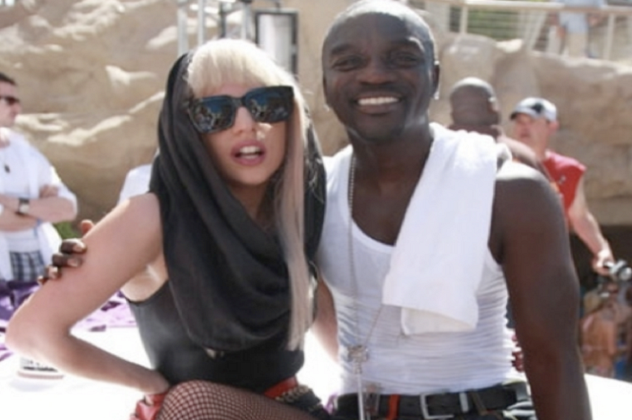 If you didn’t know that Lady Gaga was first discovered by Akon, we’re sorry for spoiling that with the title of this entry. The story goes that it was Akon who urged his record company to sign Gaga under his own label within the companies umbrella, which the company did, hoping to score a few more albums out of the singer. Little did they know that Gaga’s albums were soon to be more in-demand than Akon’s.

We’re guessing that didn’t bother Akon too much, since Gaga’s fame made him, in his own words, “enough to retire”—and not just “go live in Florida” retire, but “rich rapper living in a giant mansion forever” retire. As Lady Gaga was signed to a part of Interscope Records run by Akon himself, he was entitled to a piece of the million-dollar pie she ended up making. 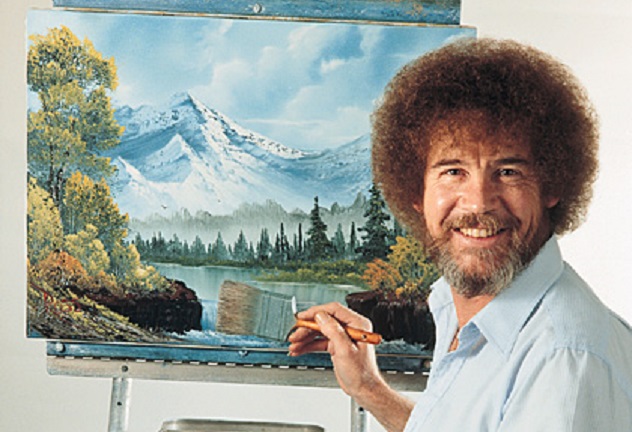 Even though Bob Ross is universally known for his show, The Joy of Painting—as well as his rockin’ fro—he never made any money from either. According to Ross himself, he did the show for free. Even more impressive, he filmed 13 episodes in two days, filming each painting in real time in just under half an hour.

Instead, Ross made the bulk of his wealth from selling and advertising art supplies, which he advertised on his TV show. Weirdly, even after his death, it’s very hard to get your hands on a Bob Ross painting, because the vast majority of them were given to charity or stolen. Even from beyond the grave, Bob Ross isn’t a sell-out. 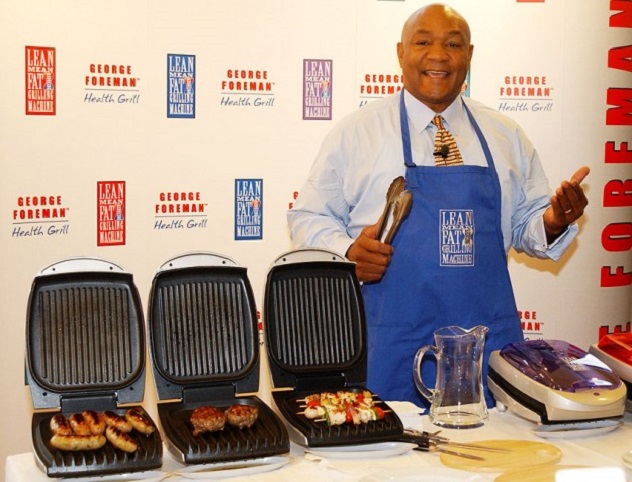 George Foreman, a gold medal winner and heavyweight boxing champion, openly admits that his life selling grills to the public is both more financially rewarding and more satisfying than anything else he’s ever done. Along with his now iconic Lean Mean Fat-Reducing Grilling Machine, Foreman sells everything from shirts to cleaning products adorned with his smiling visage.

More impressive is that Foreman is selling products that have virtually nothing to do with the sport that made him famous, something few athletes ever pull of correctly. Part of this is due to the fact that, unlike other athletes who might put their name on any sub-par product that came their way, Foreman has endorsed a product that is actually pretty great. For example, in the heyday of his grill, Foreman earned almost $5 million a month in endorsements. As the years have gone on, he’s earned less and less—not because people stopped buying grills, but because they’re so well-made, there’s no reason for customers to buy another one. The man who could take a punch from Ali in his prime clearly knows durability.

2 Beats By Dre Are His Jam 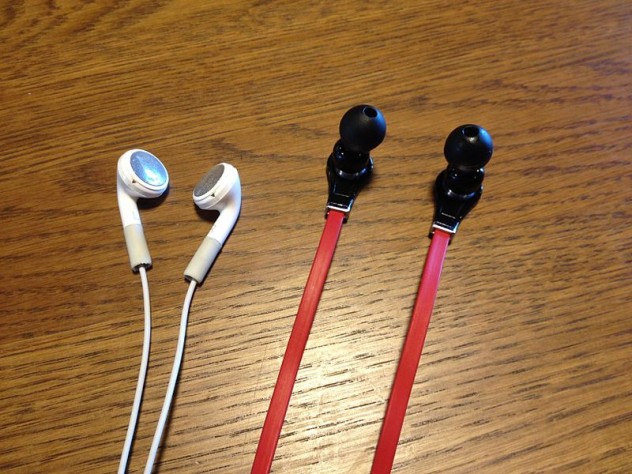 Though the audiophiles reading this may have some choice things to say about the quality of Dr. Dre’s Beats for the price they cost, that hasn’t stopped Dr. Dre making a killing selling them. In 2011, electronics company HTC finally decided to jump on the Dre money train and bought a 51 percent stake in the company for a cool $300 million. It didn’t take long for the media to realize that this sale had doubled Dre’s estimated net worth, taking it from $125 million to $300 million overnight.

Although he bought back 25 percent of his company for $150 million just a year later, this means that Dr. Dre has made less money breaking musical ground in the last two decades than he has in just a few years selling headphones described as “extraordinarily bad” by sound experts.

1 Joe DiMaggio’s Autograph Earned Him More Than Baseball Did 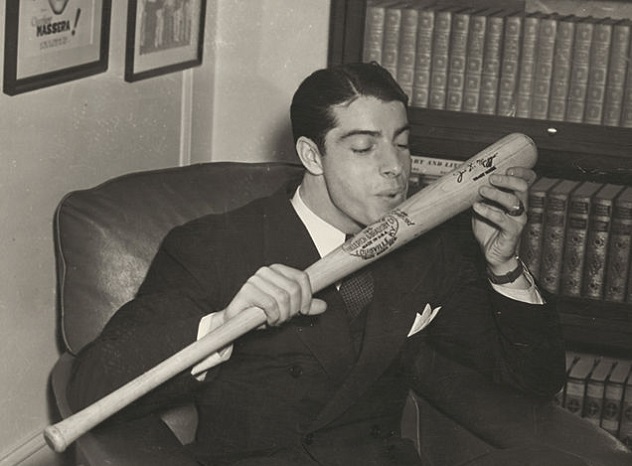 As one of the most famous baseball players of all time, you’d expect—or at least hope—Joe DiMaggio had a pretty respectable nest egg from his years of dominating the diamond, but alas, he didn’t. Luckily, he did find a nice way of earning himself money—signing just about anything he could get his hands on.

As with most celebrities, DiMaggio would sign things for free if people asked him, but he had one rule—he wouldn’t sign a baseball bat unless you paid him $250,000. Though out of the reach of the common man, DiMaggio’s fame was such that signing one or two bats per year earned him enough to live on until his death.

In effect, everyone won. Joe got to earn more money than he’d ever earned in his baseball career, collectors got an incredibly rare piece of baseball memorabilia, and fans got his signature—provided they weren’t stupid enough to ask him to sign a bat or something.