As the saying goes “there’s a thin line between love and hate”. Most of us, at one time or another, have found ourselves obsessed with a certain celebrity. Whether it’s just a crush or admiration for their work, being a celebrity does have its downsides. From intrusions of privacy, unwanted attention and life’s more embarrassing moments on display for the whole world to see.

Sometimes, however, admiration turns fatal as fans become angry at the very same person they admired. Whether it’s a fans hero not reciprocating their feelings, making career choices they don’t agree with or the relationships they share falling apart. The following list contains the tragic stories of celebrities who were killed by some of their biggest fans. 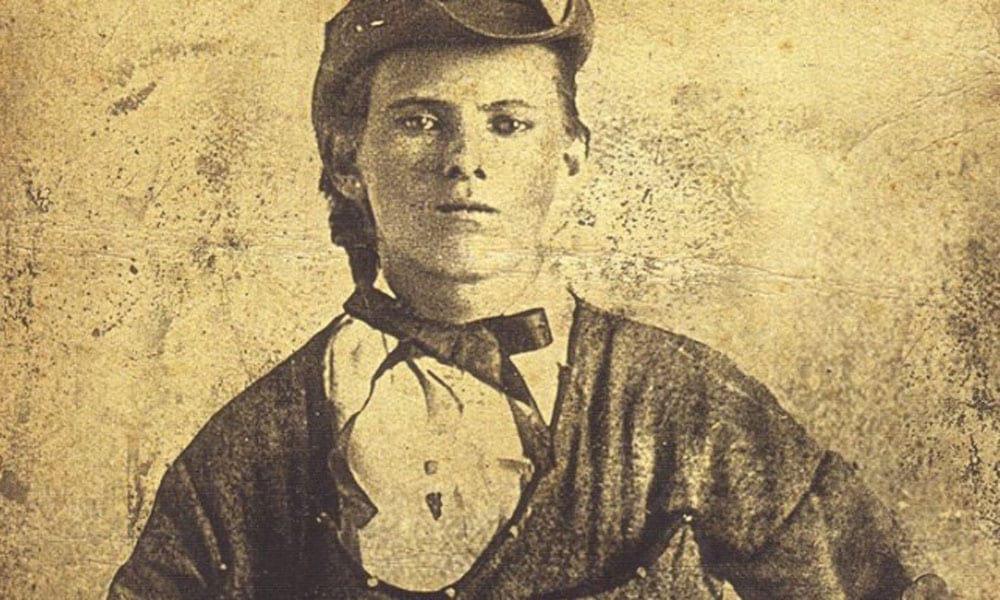 Jesse James was a notorious outlaw who became one of the most famous folklore heroes. At a young age, James was a member of the Confederate guerrilla. Along with his brother Frank and others, they used their military raiding skills for armed robbery after the Civil war. The group became known as the James’ Gang who were labelled as horse thieves, murderers, terrorists and robbers.

Jesse’s exploits and adventures were romanticized by the American public making him famous while he was still alive. He was painted as a modern-day Robin Hood who stole from the rich and gave to the poor although there’s no such evidence.

Robert “Bob” Ford was an admirer of Jesse and would soon meet his idol. After a botched robbery, the James’ Gang was in need of new recruits and Robert and his brother Charles joined. The Ford brothers allegedly only participated in one robbery of a train.

Robert shot and killed Jesse’s cousin Wood Hite after he got into an altercation with another James’ Gang member Dick Liddil. The authorities detained Robert to question him about Hite’s murder. When they found out he was a member of the James’ Gang they offered a deal. A full pardon for the murder of Hite and a reward and pardon for the capture of Jesse James dead or alive.

With his gang either captured or moved on to other endeavours, Jesse was left with Robert (whom he didn’t trust) and Charlie to plan his next robbery. On April 3rd 1882, Jesse was having breakfast when he read about Liddil’s capture and confession to Hite’s murder in the paper. The Ford brothers had kept it a secret. Fearing Jesse’s suspicions and wrath, Robert shot Jesse in the back as he was fixing a crooked picture on the wall. Jesse was 34 years old when he died.

The Ford brothers were arrested, plead guilty, sentenced to hang and pardoned all in one day. Robert only received a fraction of the reward money promised. He was viewed as a coward for the way he murdered Jesse who was beloved by many.

Charles Ford committed suicide in 1884. Robert tried to make a living as the man who killed Jesse and public opinion of him worsened. On June 8th 1892, Robert Ford was killed by a man named Edward O’Kelley with a sawed-off shotgun saying “Hello Bob” before firing. Whether Edward killed Robert because of a recent quarrel, or because Robert killed Jesse or because he wanted to be known as the man that killed the man that killed Jesse James remains unclear.[1] 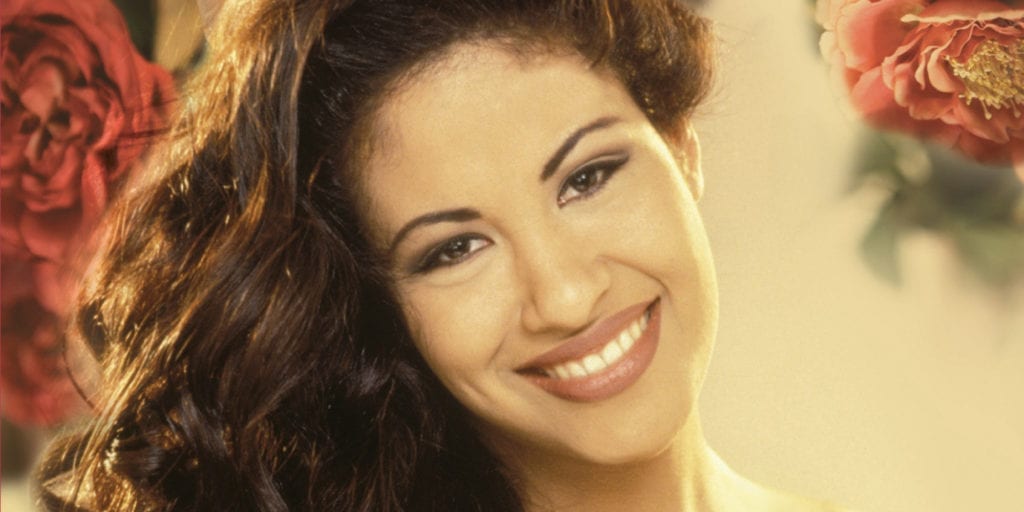 Selena Quintanilla-Pérez was an American/Mexican singer-songwriter, actress, model, fashion designer and spokesperson. Two weeks before her 24th birthday she was killed by a fan who also ran her fan club and boutique.

Nicknamed the Mexican-American Madonna, Selena was huge in Mexico and had a growing fan base in America. With her down-to-earth personality, she also became known for her unique fashion sense. She was on her way to international superstardom having just finished recording her first English album.

The woman behind the trigger was Yolanda Saldivar who was considered one of Selena’s biggest fans. She even founded her fan club. Selena’s father Abraham Quintanilla told reporters that Yolanda was fired from the family’s boutique store three weeks before. There was some money missing from the store and Selena demanded she return some financial documents.

The two women agreed to meet at a motel in Corpus Christi, Texas, where Yolanda shot Selena who stumbled into the lobby. Selena was rushed to the Memorial Medical Centre where she was pronounced dead an hour later.

Yolanda sat in a red pickup truck in the motel parking lot with a gun pointed at her head in a standoff with police. After 9 hours she surrendered and was later sentenced to life in prison.[2] 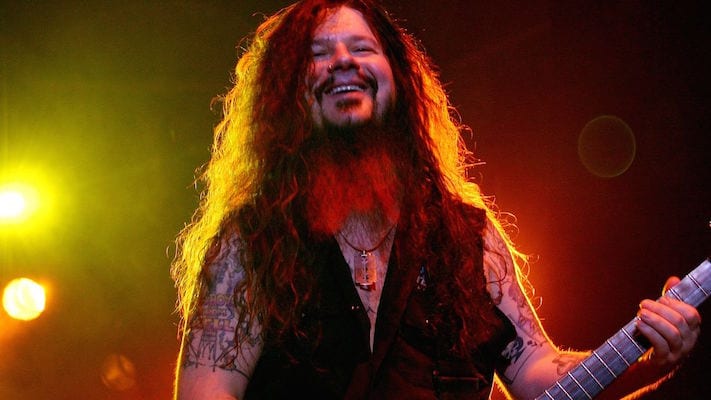 Darrel Abbott, known to fans and friends as “Dimebag” was an influential heavy metal guitarist. In the ’90s his band Pantera where at the height of their career with multiple big-selling albums and tours. The band would go on to break up in 2003. Dimebag later formed another band with his brother called Damageplan when he was shot by a fan on stage during a concert.

Nathan Gale, a 25-year-old former Marine was obsessed with Pantera. He allegedly blamed Dimebag for their breakup. A one-time friend of Nathan’s told the Columbus Dispatch that he was “off his rocker”. He accused the band of stealing his songs and planned to sue them. Nathan would frequent a tattoo parlour where he gave everyone a weird impression with manager Lucas Bender said that Nathan told him he left the marines due to mental problems.

Nathan was hanging out in the parking lot telling workers that he was waiting for Damageplan. He was told to leave and then proceeded to jump a six-foot-high fence, rushed into the club and managed to get on stage. Damageplan had just started performing when Nathan shot Dimebag six times at the point-blank range. Some eyewitness claimed he yelled “you broke-up Pantera” before firing. He then shot into the crowd killing at least two fans.

A police officer walked backstage and shot Nathan as he held another man at gunpoint. The hostage was not hurt but Nathan was killed with the shot to the head.[3] 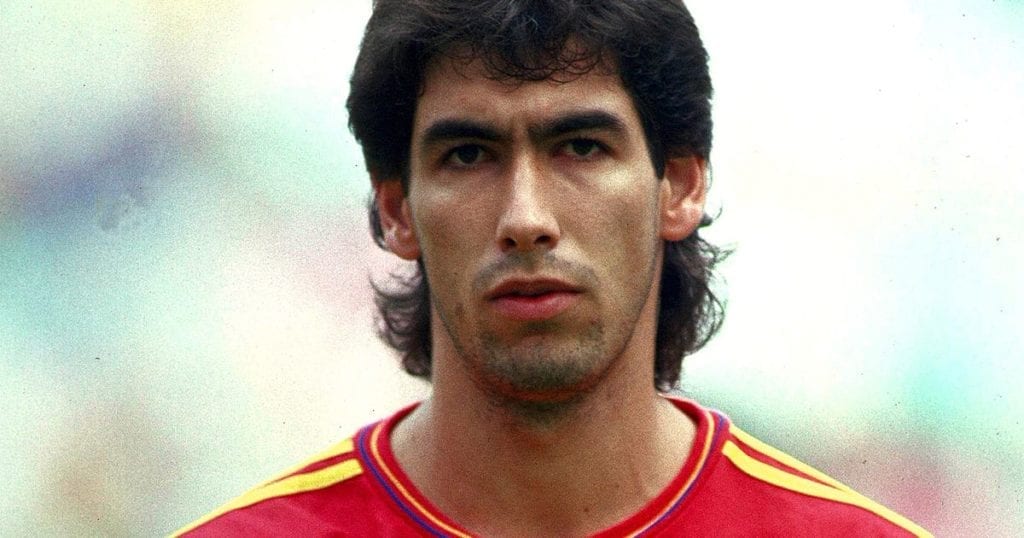 Everyone knows how much passion sports ignites in its supporters. That passion turned fatal for Columbian captain and defender Andres Escobar. During the 1994 Soccer World Cup, he deflected a ball which led to an own goal contributing to Columbia’s 2-1 loss to the USA. Columbia was eliminated from the world cup and ten days later Andres was shot dead.

Andres was an even-tempered gentleman, on and off the field. His own goal was clearly an honest mistake but some people blamed him for the loss. After returning home, Andres was insulted by drunks outside of a bar in Medellin. He was shot six times in the early morning of July 2nd. He was 27 years old.

Columbia was a country held hostage by violent drug cartels. Notorious kingpin Pablo Escobar who ran a multi-billion-dollar drug empire was gunned down by police just a year earlier. Although Andres is no relation of his, the killing reinforced the violence the country was known for.

A man named Humberto Munoz was sentenced to 42 years in prison. He refused to implicate his bosses and was released after serving 11 years in prison. Andres is still remembered and honoured not only by his country but soccer fans around the world.[4] 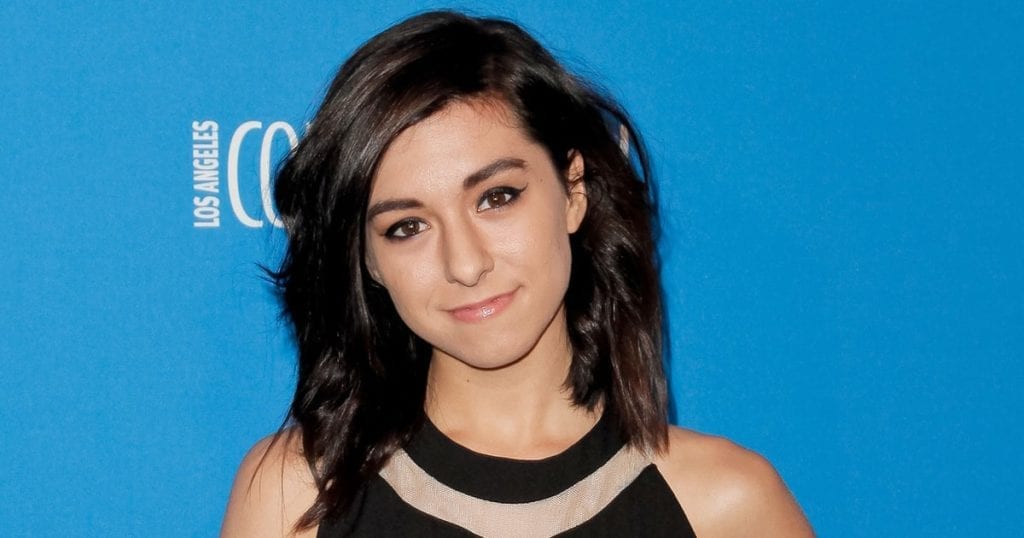 Christina Grimmie was an up and coming star. She finished third on the sixth season of The Voice. She amassed a large following on Youtube with renditions of popular songs. After a performance at The Plaza Live in Orlando, she was shot and killed while signing autographs.

The gunman, Kevin James Loibl had developed a fixation with the songstress according to his only friend Cory Dennington. Dennington believes that Loibl would spend hours watching Grimme’s Youtube videos and monitoring her social media activity. He underwent Lasik surgery, hair implants, whitened his teeth and lost weight all for Grimmie. He even started welcoming religion into his life because of Grimmie.

After performing with her band, Grimmie signed autographs for fans. Among these fans was Loibl who stood in-line. He managed to sneak in two guns and a hunting knife. When he got to the front he said nothing and Grimmie opened her arms for a hug, that’s when he shot her. Loibl was immediately tackled by Grimmie’s brother and turned the gun fatally on himself.

Loibl was pronounced dead on the scene and Grimmie was taken to hospital where she was later pronounced dead. No one knows exactly why Loibl decided to take Grimmie’s life when he was so infatuated with her. Dennington noted that Loibl would get angry when he pointed out it was illogical to think he could begin a relationship with Grimmie. He probably realized this too and decided to take her life instead.[5] 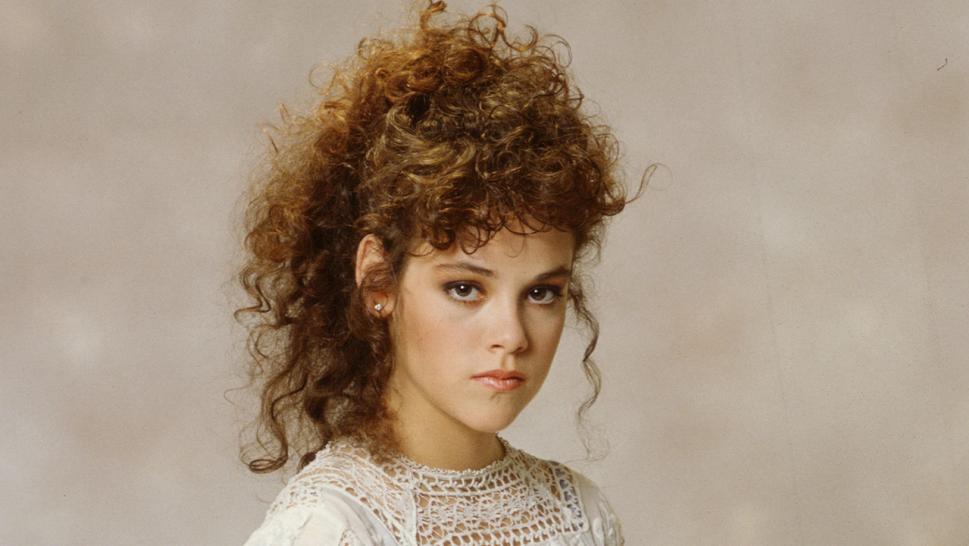 Rebecca Lucile Schaeffer was a young, beautiful, up and coming actress in the late ’80s. She starred in the sitcom “My Sister Sam” when she was murdered by an obsessed fan. The case would later change stalking laws forever.

Robert John Bardo became a fan of “My Sister Sam”, particularly of Rebecca. He started writing her letters and she would respond, writing that his letter was the most beautiful she’d ever received. On the letter, she drew a heart, a peace sign and signed it: “With love from Rebecca”.

Bardo would unsuccessfully try to meet her at the studios where “My Sister Sam” was filmed. He failed twice. When he saw her latest film where she appeared in a sex scene with another man, Bardo became upset. His obsession grew and he tried to find her address.

He paid a private detective $250 to find her, who then used the DMV to get her address. On July 18th 1989 he rang her doorbell and she answered. Bardo became upset when Rebecca told him he was wasting her time. “No matter what, I thought that was a very callous thing to say to a fan”, Bardo noted. He then proceeded to shoot her in the doorway and fled the scene.

Bardo was convicted for the murder and sentenced to life in prison without the possibility of parole. Governor George Deukmejian passed a law that prohibited the DMV from releasing personal information. By 1993 all states put anti-stalking laws into effect. The law also inspired the LAPD to form a Threat Management Team, the first of its kind.[6] 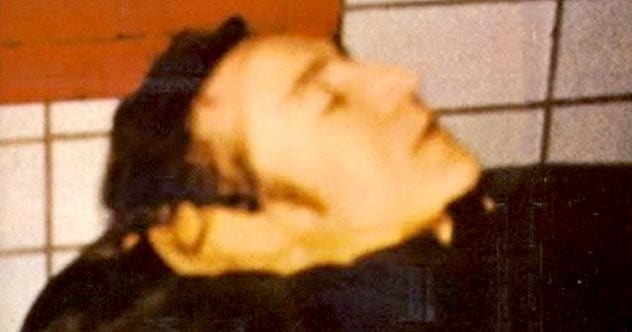 The world was shocked when John Lennon was shot and killed on December 8th 1980. Lennon penned many classic songs with the Beatles and as a solo artist. His message of peace inspired many people around the world. He, however, died a violent death at the hands of Mark David Chapman.

On a fateful day, Lennon was returning from a studio session with wife Yoko Ono. As he stepped out of his limo outside of his home, Chapman made his move. Lennon was rushed to Roosevelt Hospital in a police radio car where he was pronounced dead on arrival. Lennon was 40 years old.

Chapman was reportedly an obsessed fan of Lennon and the Beatles. He even got Lennon to autograph an album several hours before he murdered him. Allegedly Chapman killed Lennon because of his notorious observation that the Beatles were more popular than Jesus. Chapmen was also offended by Lennon’s apparent hypocrisy about materialism when he, in fact, was rich. Although, no one but Chapman knows the real reason he did it.

Against the counsel of his lawyer, Chapman pled guilty to second-degree murder. He was sentenced to 20 years to life in prison and refused parole until the year 2000. For two years since then, his parole petitions have been turned down with Chapman stating that he feels remorse for the murder of his hero.[7]