For many people, the thought of something lurking in the dark, cavernous depths of the Earth is both thrilling and terrifying. While science might find civilizations and sprawling cities to be an unlikely development below ground, that hasn’t stopped plenty of modern myths and tales from sprouting up. If you count yourself among those enthralled with the possibility of a world below the surface, take a moment to read about some of the more fascinating and otherworldly tales surrounding other realms that might dwell within our own. 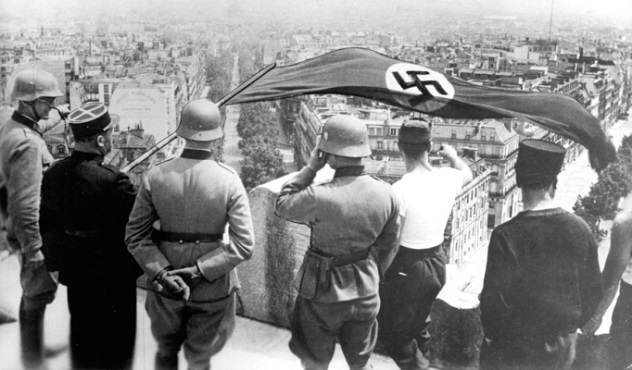 One strange tale involves the infamous and genocidal Nazi regime of Germany during World War II. Maps supposedly dating from this time period detail Nazi expeditions to the center of the Earth via the extreme South Seas, particularly the Antarctic region. According to the story, a German U-boat made the journey and sent a letter with plans to colonize the Hollow Earth (more on that in a moment) for the glory of the Nazi party and its thousand-year Reich.

Of course, the idea that members of the Third Reich, perhaps even Hitler himself, still living in the depths of the Earth is pretty out there. Unsurprisingly, there’s a pretty big hole in their story—how could anyone, let alone a German U-boat captain from the 1940s, send a letter from the center of the Earth in the first place? Let’s take a look at the Hollow Earth hypothesis, which seeks to turn commonly accepted geological science on its head. There are many theories about this concept, but the central tenet of the hypothesis holds that the world doesn’t have a magnetic core like geologists and most other rational people believe.

Instead, the center of the Earth is an inverse solar system, containing a mini-sun and, according to some accounts, multiple alien civilizations. Later variants include dinosaurs and even fantastical creatures and societies. However, proponents of this theory are still searching diligently for the entrance to the hollow core of the Earth and the secrets held within. Perhaps you might be brave enough to scour your local landscape for the hidden pathway that could open up another world literally beneath your feet.

8 The Giants of Agartha 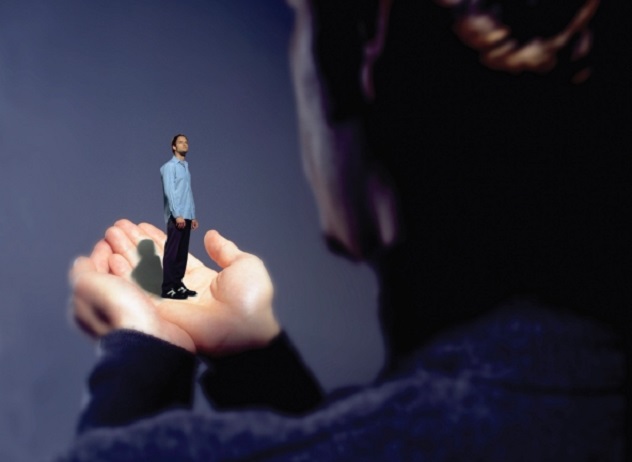 One of the more complete theories, the legend of Agartha tells of a race of subterranean giants and their network of cavernous cities spanning the globe from beneath, unbeknownst to the billions of humans inhabiting the surface world. As told in the novel The Smoky God by Willis George Emerson, these giants stand 365 centimeters (12 ft) tall and live in the center of the Earth, which holds a “smoky” sun.

To reach Agartha, you and your intrepid friends can cross through Mammoth Cave in Kentucky or Mato Grosso in Brazil, among numerous other locations scattered within caverns and fissures around the world. Of course, in such a strange and mysterious land, treading carefully is always advised for those brave enough to make the journey. If the Germans found the mysteries of the inner Earth in the Antarctic, it’s no surprise that America would go the opposite route and uncover these secrets in the Arctic. According to proponents of the theory, US Navy Vice Admiral Richard Byrd found the entrance to a hidden alien civilization at the North Pole by way of a massive fissure in the ground. After meeting with the advanced life forms, it is claimed that the aliens told Byrd they would come to humanity’s aid with limitless food, energy, and resources during the darkest hour of human history. Unfortunately, Vice Admiral Richard Byrd forgot to hammer out some of the details, like where the aliens came from, why they want to help humanity, and even when this whole apocalyptic scenario will unfold.

6 Native Americans Of The Earth According to some native tribes, like the Oneida, Wichita, and Creek, their ancestors were once members of a clan that lived deep within the Earth. The believe that Native Americans, as well as the rest of the human race, emerged from these forefathers who lived among the crags and fissures. While the reasons for leaving vary from tribe to tribe, there are many uncanny similarities. How could tribes separated by vast distances share such a specific origin story? For inquiring minds around the world, the answers remain enigmatic and fascinating. Some theorists believe recently declassified ground-penetrating radar data proves that kingdoms dating back to the ancient Egyptians existed beneath the Earth. These kingdoms, made of crystal structures and edifices, tell the tale of proud civilizations that stood astride the inner world as rulers over all, much like their Egyptians counterparts of the Nile region. With cities and developments spanning the interior of the globe, much like the theory of Agartha and its cities of giants, the inhabitants of these crystalline paradises are even more mysterious. Little is known about their practices and appearances. Perhaps the strangest mystery is what exactly kept our subterranean overlords from claiming the surface world as their own. This intriguing and strange theory centers around the concept that the interior of the Earth is home to a race of isolationist aliens. These creatures live in a cavernous world where food, fuel, and light-speed travel all readily available. The members of this race show little inclination to take a stand in man’s wars, fights with famine, pestilence outbreaks, and all other manner of calamities.

This inaction is inconsistent with some other theories, namely Vice Admiral Byrd’s trip deep into the Earth. For proponents of this theory, little can be done to rouse these aliens who could help save the world into taking a stand to end war, plague, and everything in between. Stepping away from fiction for a moment is the curious case of the underground city known as Derinkuyu. Located 76 meters (250 ft) below the Earth’s surface, its earthwork walls and buildings descend deep into the ground and span 18 floors. While many modern edifices and structures can dig deep into the recesses of the Earth, having an ancient variation on this idea traverse such subterranean depths is truly an astounding feat of ingenuity and versatility.

Of course, all of this raises the question of “Why?” Unfortunately, little is known about Derinkuyu and its enigmatic ancient inhabitants. While the origin of this city may never be known, the fact that it still stands and can accommodate up to 20,000 people shows just how impressive these ancient Turkish builders truly were. If none of that strikes your fancy, you could go with the idea that ancient tunnelers supposedly created a civilization that ranged from Scotland to Turkey. While not related to denizens and builders of Derinkuyu, these Stone Age diggers purportedly share a striking affinity for creating substantial earthworks and passageways, going where few have gone before.

These tunneling people supposedly even found the entrance to the Underworld. While few of these tales even attempt to elaborate upon what exactly resides in the Underworld, most explain that their actions led to the tunnelers’ untimely and tragic downfall. Thankfully for the inhabitants of the modern world, whatever horrors they unleashed stayed far from the light of day. Of course, if anyone seeks to retrace these ancient passageways, the world may not be so lucky again.

1 You’re Living In One Right Now This theory even lets you take center stage as the unlikely protagonist. According to the Inverted Earth theory, you—along with the rest of humankind—are actually members of a civilization that doesn’t even realize it is currently underground. For those who believe in this concept, we all actually exist on the interior of the Earth’s crust, with the stars in the sky being ice crystals that reflect the light of interior sun on the other side of the wide-open chasm.

Additionally, the illusion of day and night comes from the interior star of the inverted world, which has one bright burning side and another cool dark side. While this might defy modern physics and our understanding of solar activity, take a moment to look up to the night sky the next time you find yourself out late. It might not be very believable, but it’s certainly fun to imagine.

Jay Adrianna is a freelance writer, and has been since 2009. Her hobbies include traveling and telling stories. She loves writing in a myriad of niches including freelancing, blogging, marketing, business, and many more, including a knack for writing lists.

10 Cursed Souls Who Made Deals With The Devil