Medals of achievement have been granted for centuries. From Olympic medals for athletic prowess to Nobel Prizes for academic excellence to Purple Hearts for being caught in the cross hairs, medals are one of the ultimate symbols of honor and accomplishment. Below are 10 tales of medals bestowed, touching on everything from heroism to irony.

10 The Absurdity Of Airport Security 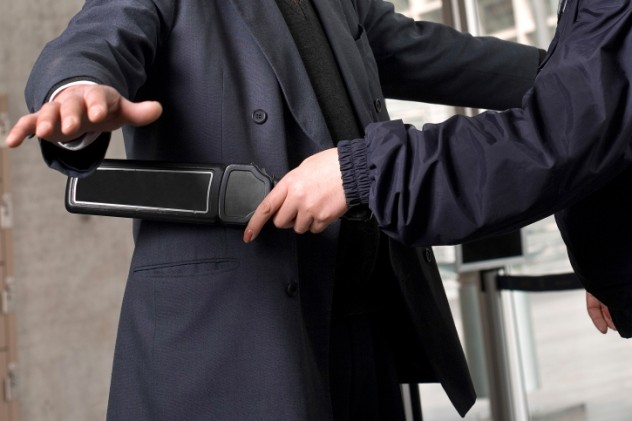 Few human beings could match the accomplishments of Joe Foss in five lifetimes. He served as the governor of South Dakota, commissioner of the American Football League, host of the television show The American Sportsman, president of the National Rifle Association, and president of the National Society of Crippled Children and Adults. Perhaps his greatest achievements were accomplished in his military career as the greatest flying ace of World War II, credited with downing at least 26 Japanese aircraft personally. For his deeds, he would go on to earn the vaunted Medal of Honor.

Nearly four months to the day after the horrors of September 11, 86-year-old Foss was detained by the security regiment at Phoenix Sky Harbor International Airport. Foss, who was on his way to a speaking engagement, was carrying several pieces of “dangerous” contraband, including a nail file, a dummy bullet keychain, and his Medal of Honor. After some time, he was eventually allowed to board the plane.

There was a huge media backlash and Foss was crushed by the incident. He told the press “I wasn’t upset for me. I was upset for the Medal of Honor, that they just didn’t know what it even was. It represents all of the guys who lost their lives—the guys who never came back. Everyone who put their lives on the line for this country. You’re supposed to know what a Medal of Honor is.” 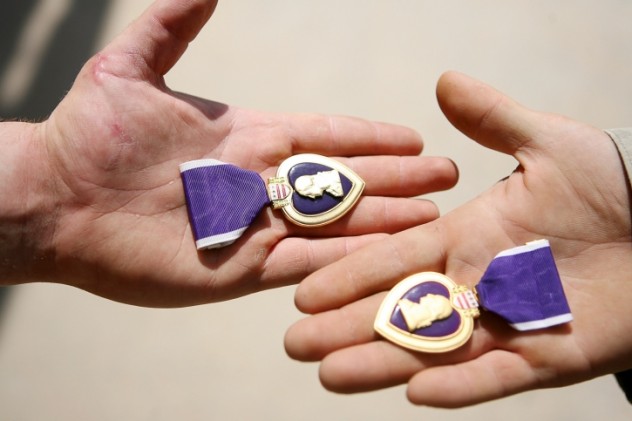 Of all the medals featured on this list, the Purple Heart is certainly the most painful to receive. It is awarded by the United States to soldiers killed or wounded in action. It is estimated that just under 2 million of these medals have been awarded over the years, with more than a million distributed during World War II alone.

What is truly stunning is that the American government planned on distributing many more. Prior to dropping atomic bombs on Hiroshima and Nagasaki, it had been decided that the only way to end the war on the Pacific front would be a full-on Allied invasion of mainland Japan. This campaign was expected to last for around two years and cost countless of American and Japanese lives. Although the destruction caused by the bombs seems almost unimaginable nearly 70 years later, the carnage of a mainland attack would have been far worse.

So dire were the expected consequences, the US military commissioned 500,000 Purple Hearts. So many were made that—despite several conflicts in the years since, including Korea, Vietnam, the Persian Gulf, Iraq, and Afghanistan—there remains a surplus of the medals to the tune of 100,000 or more. The young servicemen and women receiving Purple Hearts today are receiving medals that were created before many of their grandparents were born. 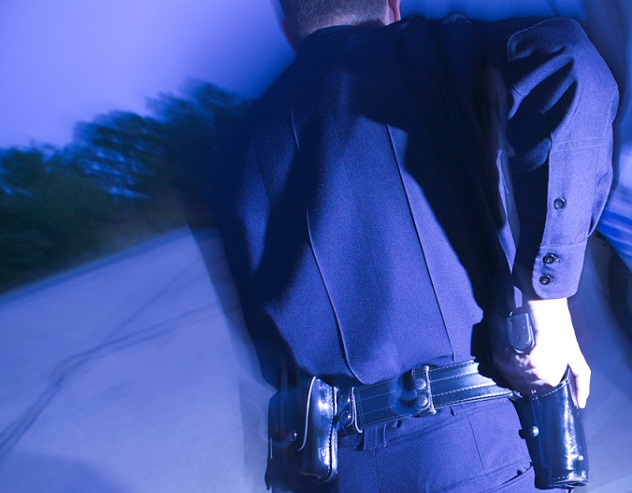 On June 30, 2007, the Glasgow International Airport barely avoided tragedy when two Islamic fundamentalists drove a Jeep Cherokee loaded with flaming propane canisters through the glass doors of the terminal. The men—driver Kafeel Ahmed and his passenger, Bilal Abdullah—exited the Jeep to escape the flames, where they were immediately set upon by the crowd.

John Smeaton, a baggage handler who’d been on his smoke break, came running immediately upon the scene. He kicked Ahmed, who’d been severely burned, directly in the testicles, then dragged off another man who’d fallen near the flaming vehicle. For his heroism, Smeaton was awarded the Queen’s Gallantry Medal, an award bestowed for “exemplary acts of bravery.” Kafeel Ahmed later died from his burns and Bilal Abdullah was sentenced to life in prison. Several others were later arrested for their role in the attack. 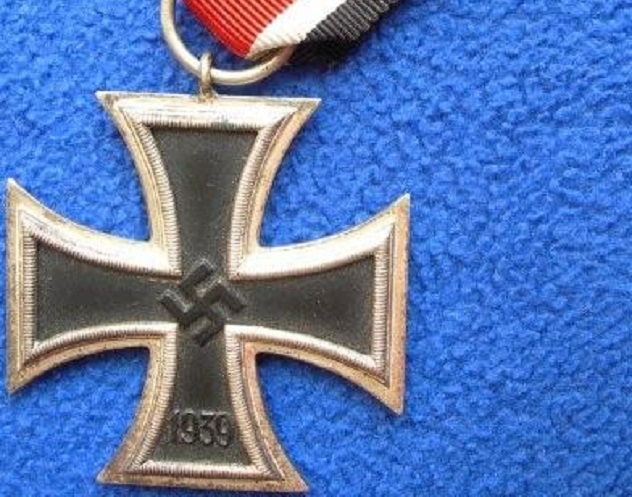 Adolf Hitler’s military career was not particularly distinguished. In fact, he initially failed his physical exam. Despite being Austrian, he applied for—and was granted—permission to join the Bavarian Ary. He served primarily as a message runner, though he also showed valor during battle. In 1914, he received the Iron Cross, Second Class medal for bravery, a fairly common award.

He rose eventually to the rank of corporal, but there he would plateau, never considered for higher office. However, he received the Iron Cross, First Class, an award rarely granted to a soldier of his lowly status. The medal was recommended to him by his superior officer Hugo Gutmann, who happened to be Jewish. Hitler would wear this cross throughout his reign as Fuhrer, and despite his virulent anti-Semitism, there is some evidence that Hitler used his influence to protect Gutmann during the rise of the Third Reich, including possibly authorizing his release after an arrest by the Gestapo in 1938. 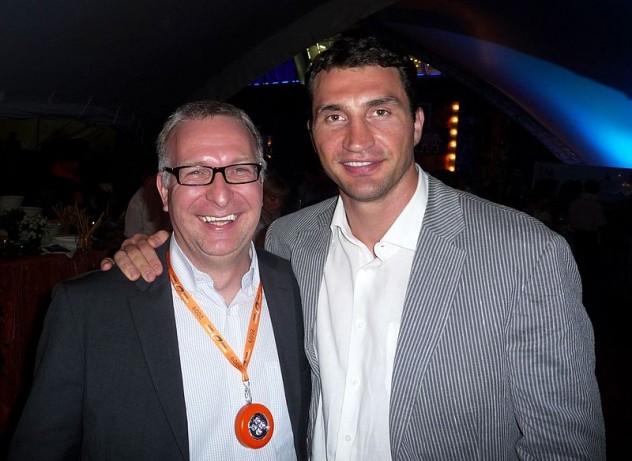 Wladimir Klitschko is a heavyweight boxing champ from the Ukraine. As of the time of this writing, he is the WBA, IBF, IBO, and “The Ring” heavyweight champion, one of the longest reigning of all time. The hulking fighter has many interests and holds a PhD in sports science, but above all, he is a great humanitarian. Along with his brother, fellow boxer Vitali, he has worked tirelessly for charities around the world.

In March of 2012, the brothers organized a charity auction in Kiev intended to benefit the children of the Ukraine. One of the items put up for bid was the gold medal he’d won in the 1996 Olympics. The medal earned an astonishing $1 million. However, the buyer immediately returned it to Wladimir out of respect for his great generosity. 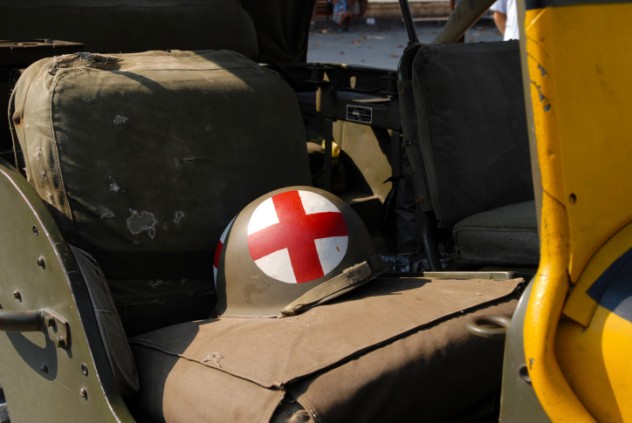 To receive the vaunted Medal of Honor, it would seem that one would have to be amongst the most elite of warriors. But three men in history who have earned the award have been conscientious objectors—that is, they refused to fight. The first to acquire this honor was Desmond Doss, whose Seventh Day Adventist beliefs prohibited him from engaging in battle. Doss became a medic instead, and one of most courageous soldiers imaginable.

Throughout the course of the war, which Doss served in the Pacific theater, he continuously braved heavy fire to come to the aid of his fellow men. In addition to the Medal of Honor, he also received two Bronze Stars and three Purple Hearts. During one battle, he received shrapnel wounds to the legs. Rather than call out for help and risk another man’s life, he tended to his own wounds, waiting five hours until he could be carried off. In another incident, his arm was broken by a sniper’s bullet, and he tied a rifle stock to the arm to use as a splint.

The citation given to Doss along with his Medal read, in part, “Through his outstanding bravery and unflinching determination in the face of desperately dangerous conditions Pfc. Doss saved the lives of many soldiers. His name became a symbol throughout the 77th Infantry Division for outstanding gallantry far above and beyond the call of duty.”

4 Medals On The Moon 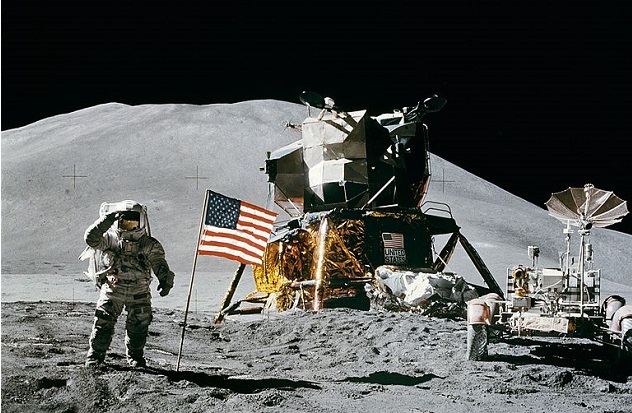 Yuri Gagarin was the first human being to make the trip to outer space, orbiting the earth in April 1961 to great acclaim. This would be his final journey as a cosmonaut—afterward, he resumed his former career as a fighter pilot. On March 27, 1968, the MiG-15UTI jet he was flying crashed, and he and a flight instructor died.

A little more than a year after Gagarin’s death, America’s Apollo 11 mission put men on the moon, essentially ending the space race. Although the United States and the Soviet Union were rather bitter enemies at the time, when Neil Armstrong and Buzz Aldrin visited the moon’s surface, they left behind a satchel containing commemorative medals honoring the both Gagarin and another fallen cosmonaut, Vladimir Komarov. Given the fact that the two superpowers had thousands of nuclear weapons pointed at each other at any given time, this was a great show of respect. 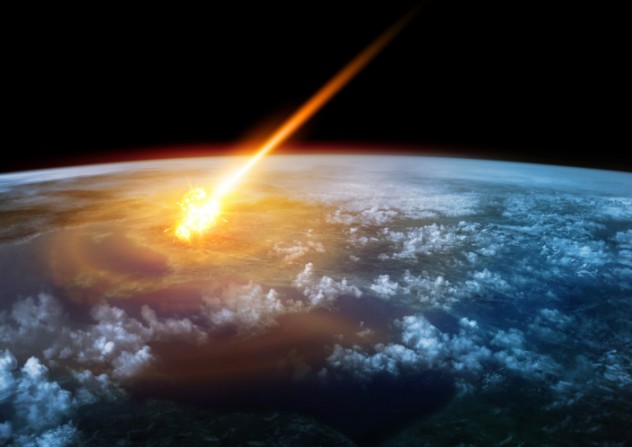 Olympic medals are far from universal. Each annual game has its own design and composition—even the size varies from year to year. However, some of the gold medals scheduled to be distributed in the 2014 Sochi Winter Olympics will be perhaps the most distinguished ever struck.

On February 15, 2013, a meteor exploded over Chelyabinsk Oblast, Russia. The meteor was traveling at around 60 times the speed of sound and weighed over 13,000 kilograms (30,000 lbs). There was widespread property damage and approximately 1,500 injuries reported, mostly from flying glass. Thankfully, no one was killed. To commemorate this incident, the Russians will give the athletes who win Olympic gold on the anniversary of the explosion in 2014 a medal that contains a shard of the Chelyabinsk meteor. Seven events are scheduled for that day, including the women’s cross-country skiing relay and the men’s 1,500 short track.

2 Beer With The President 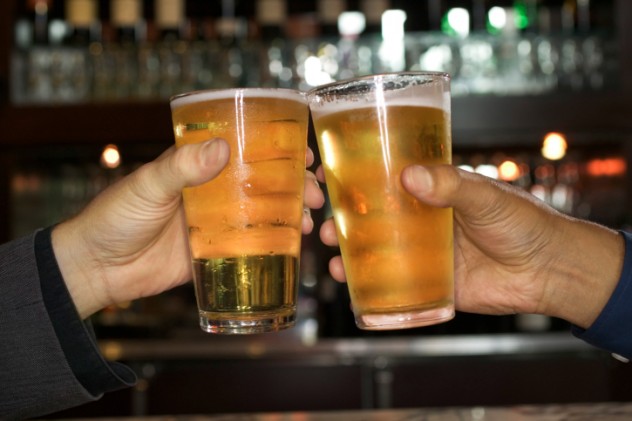 US Marine Dakota Meyer was a scout sniper who was deployed to both Iraq and Afghanistan. During this latter deployment, he became enmeshed in the Battle of Ganjgal against a numerically superior unit of Taliban insurgents. During the fight, he managed to recover the corpses of four dead servicemen, helped to evacuate a dozen others, and provided cover under heavy gunfire. Throughout the battle, he killed at least eight insurgents. Two years later, the decision was made to grant Meyer the Medal of Honor. He is the youngest living recipient of the medal.

When a White House staffer called Dakota to inform him of this impending honor, he was working at his construction job. In a hilarious turn, he asked if they could call back later, when he was on his lunch break. When the actual ceremony drew near and another Obama staffer called to arrange the details, Meyer asked if he could have a beer with the President. Obama obliged the request. 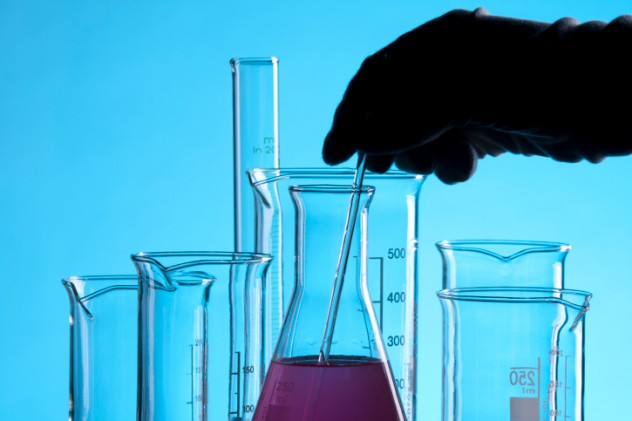 In 2013, a huge cache of priceless art plundered by the Nazis was uncovered in Munich, Germany, underlining just how avaricious the Third Reich was. Much of the war was financed by plunder, the Nazis going so far as to wrench the gold teeth out of the mouths of the Jews. To hide treasures, one had to get creative—a safe hidden behind a painting would be quickly uncovered.

One of the more fantastic methods of hiding gold was employed by George de Hevesy, a Jewish chemist from Austria-Hungary. He took the gold Nobel prizes of Max von Laue and James Franck and dissolved them in aqua regia, a potent acid solution. He put the jar containing the substance on a shelf at the Neils Bohr Institute, a research arm of the University of Copenhagen, and there it sat through the war. Hevesy fled to Sweden in 1943, and later that year, he won a Nobel Prize of his own. He returned after the Nazis were defeated to find the hidden jar unmolested. He precipitated the gold out of the acid, and the Nobel Society recast the prizes.