The new year is a symbolic rebirth—a chance to discard past follies and focus on the endless opportunities of the incoming year. As easy as that sounds right now, it’s actually hard to put it into practice for normal people. Imagine how much more difficult it must be for ex-criminals who must face insurmountable challenges if they want to get their lives on track. As we ring in the new year, let’s be inspired by these remarkable ex-convicts who managed to defy the odds and prove that nothing is impossible.

10The Lawbreaker Who Became A Lawyer 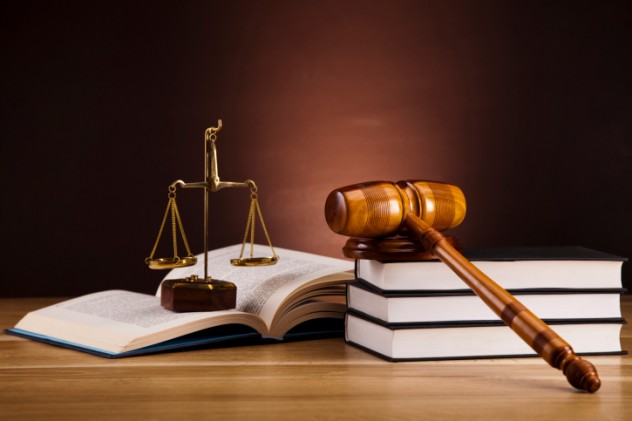 Before he became a lawyer and prolific supporter of prisoner rights, Daniel Manville spent three years and four months in the slammer for manslaughter. Manville continued to study while incarcerated and eventually earned two college degrees during his sentence. He became enamored with the legal profession and went to law school right after his parole.

He finally passed the bar exams in Michigan and Washington, DC after waiting many years to be approved by the respective boards. Afterwards, Manville worked tirelessly to improve the prison system and represented various inmates and prison guards in civil cases. Nowadays, Manville teaches law at Michigan State University, where he hopes the insights he shares with students inspire them to someday help improve the system as well. 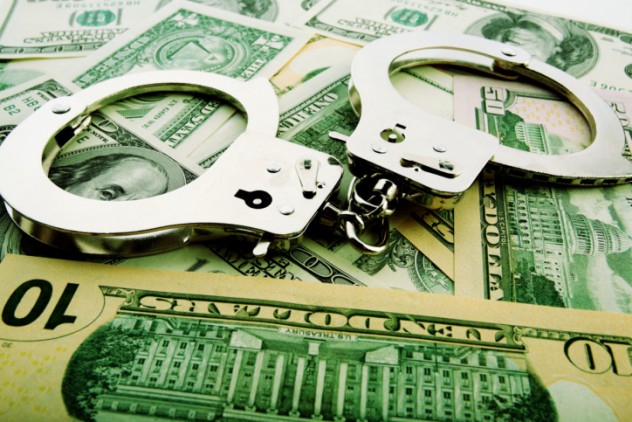 Uchendi Nwani lived a very Jekyll/Hyde existence during his college years. On the surface, Nwani—raised by his stepfather, who was pastor in one of Nashville’s largest Baptist congregations—played the role of exemplary student to his family and friends. However, Nwani hid a very dark secret underneath that shining exterior: He was a drug dealer, and a very notorious one at that. His greed got the better of him on October 15, 1993, when police caught a million-dollar shipment of cocaine while he was in the middle of an exam during his senior year.

He later turned himself in and did six and a half months of hard labor at a federal boot camp before he returned to finish his studies. To make ends meet, he cut hair at the university salon while living in a halfway house. After he graduated, he opened his own barber shop and school which later became a huge success. Nwani now travels around the country to show that he is living proof that, no matter how low you sink, you really can turn your life around if you don’t give up.

8 The World’s Most Flexible Man

While doing time in prison can be a hardening experience for most people, Mukhtar Gusengajiev used his time there to soften himself up. Gusangajiev was just 17 years old when he fell in with the wrong crowd and was ultimately sentenced to three years for partaking in a fight. While serving his time, Gusengajiev dedicated himself wholeheartedly to practicing meditation and flexibility exercises. After he was released from prison, Gusengajiev did a series of odd jobs before finally ending up in Moscow, where he performed as an artist at a government-owned circus.

Gusengajiev got his big break in 1995 when he was noticed by Jean-Claude Van Damme, who invited him to perform for his movie. Although that movie was ultimately scrapped, that invitation did get Gusengajiev to Las Vegas, where he later became famous for his mind-bending feats of flexibility. Since then, Gusengajiev has performed in several prominent events around the world and taught countless people that discipline can help them achieve their goals in life. 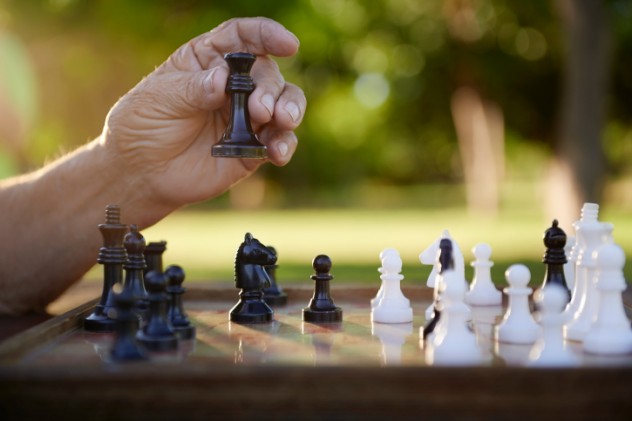 Chess aficionado Eugene Brown made a lot of questionable decisions early on in his life. Classified as a high-risk youth, Brown frequently mingled with the bad eggs in his hometown of Washington, DC, ending with his participate in a failed robbery attempt and subsequent incarceration in a New Jersey prison. During his stay, Brown met his future mentor, a man named Massey with whom he often played chess. It was during one such game that Brown realized the practical applications of chess to everyday life and how he had been making all the wrong moves up to that point.

After he left prison and went back to his hometown, Brown taught his grandson—who was also experiencing behavioral problems—to play chess, with very positive results. Before he knew it, he had established his own chess club, which became hugely successful teaching young people the right lessons in life. As for Brown, he later became a thriving real estate businessman, but has continued to mentor his young wards in the game of chess and life. A movie based on his story will come out on 2014 starring Cuban Gooding, Jr. in the lead role.

6 From Cocaine To Cuisine 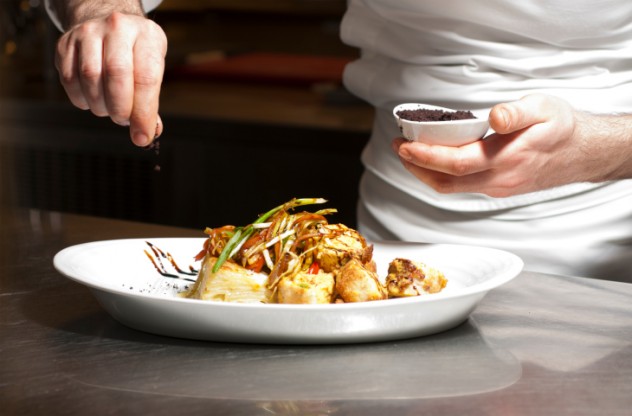 Prior to cooking delicious five-star cuisine, celebrity chef Jeff Henderson cooked something else entirely dangerous—cocaine. As a teenager, he had manufactured and sold the drug in his native Los Angeles. By the time he was 19, Henderson was earning as much as US $35,000 per week. He was later apprehended and imprisoned for 10 years after one of his men was caught carrying a big shipment. It was in prison that Henderson discovered he had a natural flair for cooking and constantly practiced his culinary skills while on kitchen duty.

After he was released early for good behavior, Henderson worked in some of LA’s top restaurants before he decided to go for broke in Las Vegas. After experiencing many rejections due to his felonious past, Henderson finally managed to land a job at Caesar’s Palace. It was only a matter of time before he finally started getting recognition and awards, including best Las Vegas Chef in 2001. All the fame and success hasn’t gotten to Henderson’s head and he has continued to share his experiences with at-risk youth to show what they can achieve in life with the right choices.

5 The Jewel Thief Who Became An Honorary Police Officer 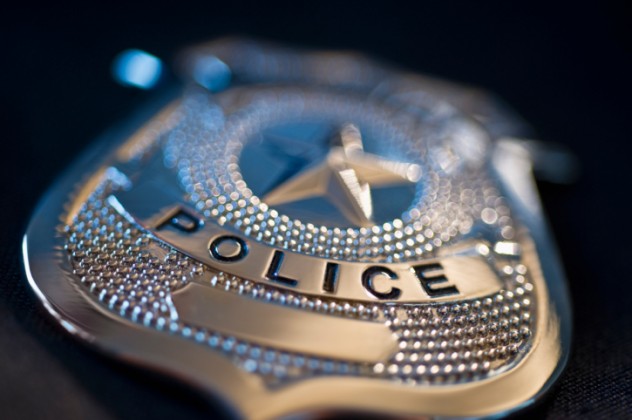 Most parents would have second thoughts leaving their child alone with the hulking and heavily-tattooed Larry Lawton. After all, he used to be one of America’s most notorious jewel thieves. At one point, he was on top of the FBI’s most wanted list on the eastern seaboard. However, the Lawton of today has entirely focused himself on another mission—to use his own experience in educating and saving young people from a life of crime and imprisonment.

Lawton attributed this incredible turnaround to one moment during his twelve years at federal prison. One of his new-found friends committed suicide in his cell, and Lawton—who was in solitary confinement at the time—felt helpless to save him. After he got out, Lawton established his program, Lawton 911, to help at-risk youth from committing the same mistakes he did. Lawton’s sincere efforts have not gone unnoticed—he was recently designated an “honorary police officer” by the local police, the first such ex-convict in the US to receive the honor.

4 From Prison To Poetry 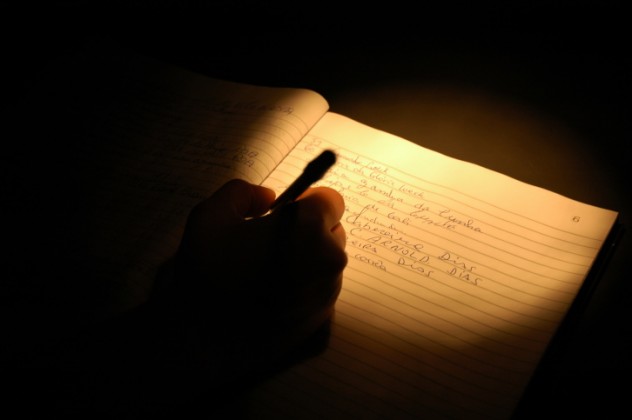 Reginald Dwayne Betts was a classic case of a genius gone awry. Although he was an especially gifted student in his youth, his sass made him difficult to teach, and it was only when teachers gave him books to read that Betts would calm down. For all his smarts, Betts made a pretty dumb error at the age of 16 when he and a friend robbed a man and made off with his car. He was caught, tried as an adult, and sentenced to nine years in prison, where he witnessed the horrors that juvenile prisoners experience mixed in with hardened adult criminals.

To keep his sanity, Betts read almost constantly. He became fixated on poetry when someone slipped him a copy of Dudley Randall’s The Black Poets. After he got out, Betts completed his studies and became an active voice in reforming the juvenile justice system. He also established a reading club for the local young men in his area, which he uses to engender in them a love for reading and poetry.

3 The Founder Of The French National Police 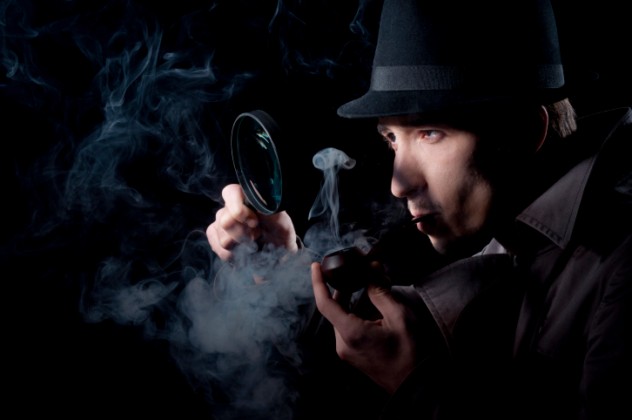 It may surprise some to know that, at one time, the predecessor to the modern French National Police was founded and headed by an ex-convict. Growing up in Napoleon-era France, Eugene-Francois Vidocq lived a very colorful life that saw him charged and jailed for a variety of crimes, such as theft and assuming false identities. After a while, Vidocq offered his assistance to the police and worked as a spy in the criminal underworld. He became so effective in apprehending criminals and solving complex cases that authorities soon created the Surete Brigade, which was later expanded nationwide by Napoleon and renamed Surete Nationale, to assist him.

Under Vidocq’s leadership, the police reduced crime rates significantly. During his stint, Vidocq employed surprisingly modern methods of investigation and even maintained a forensics laboratory, something few precincts did at the time. Although Vidocq would ultimately resign and clash with the police again—largely because he had formed his own private detective agency—such were his legendary exploits that he later became the basis for popular fictional detectives such as Edgar Allan Poe’s Dupin and Arthur Conan Doyle’s Sherlock Holmes. 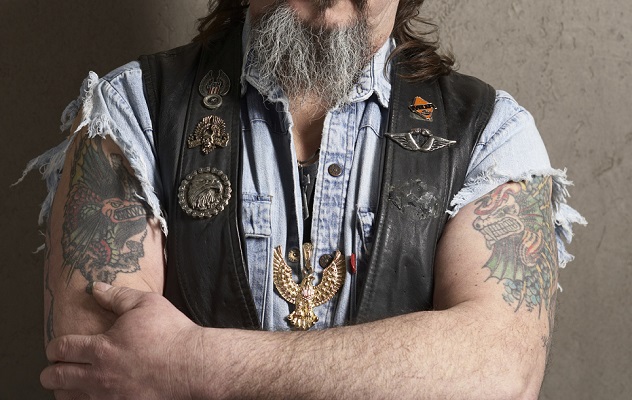 A lot of movie fans may have already heard about the criminal past life of perennial Hollywood bad guy and anti-hero Danny Trejo, but the Machete star has a lesser-known Australian counterpart in the form of Mark “Chopper” Read. The Melbourne native grew up with a troubled childhood and started his criminal career by robbing drug dealers. He developed a reputation as a dangerous loose-cannon, accumulating tattoos all over his body and even having most of his ears cut off. He spent time in and out of prison for various offenses such as armed robbery and attempt to abduct a judge.

While in prison, Read wrote several crime novels based on his experiences which later became best-sellers. After his release, Read went on to become a notorious celebrity in the Australian scene, but it was a 2000 movie about his life starring Eric Bana that catapulted Read to worldwide fame. Even when he became clean after his prison time, Read never did let of his mad-dog image—shortly before his death from liver cancer in October 2013, he remarked that he didn’t care if he died as long as he didn’t bleed.

1 The Psychologist Who Received A Presidential Pardon 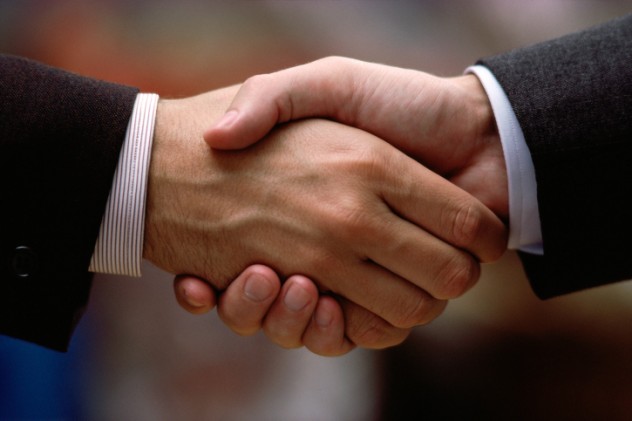 Noted forensic psychologist Paul Fauteck’s early life can be described as chaotic at best. A native of Wichita, Kansas, Fauteck was a mischievous boy in his youth. His schooling ended abruptly after he was discovered with the wallets of the other boys in the locker room. Afterwards, Fauteck continued to engage in questionable activities, including carrying a concealed weapon and smuggling his Mexican wife into the country. However, what really got Fauteck in trouble was when he joined a group of men who issued counterfeit checks. For that, he was sent to federal prison, where he frequently spent time in solitary confinement for bad behavior.

After a while Fauteck finally decided to go on the straight path, a decision galvanized by his father’s death just before he left prison. He later moved to Chicago, where he eventually ran an advertising agency while he finished his studies in psychology, having been told by his psychologist friend that he had a natural aptitude for helping people. In time, Fauteck became one of Chicago’s most respected psychotherapists. He also became a forensic psychologist for the local justice system, where he worked for more than a decade before he retired. The culmination of Fauteck’s long and arduous road to recovery came in 1992 when he received a pardon from President George H.W. Bush. Although retired at present, Fauteck continues to push for improved rehabilitation programs to give ex-convicts a better second start in life.