Weather is one of the subjects humans are most comfortable discussing, making it a staple of small talk. It’s something we all have to deal with equally, and it frightens us. Due to our love of talking about weather—and the basic human joy of telling tall tales and mixing things up through hearsay—many weather myths have evolved. We recently told you why you don’t want to stand in the doorway during an earthquake, but there’s plenty more ground to cover. 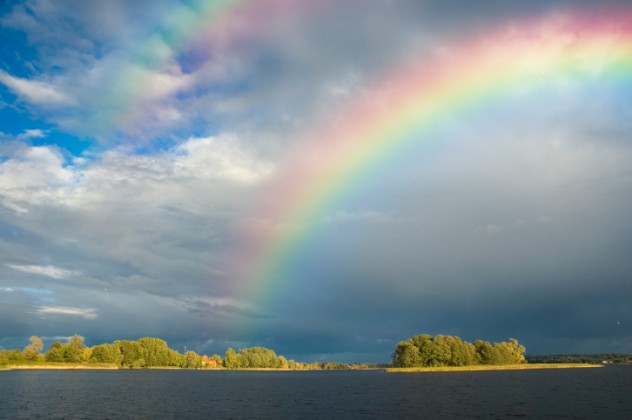 Rainbows, as we all know, are the huge arcing shapes that appear in the sky due to the refraction and reflection of light through drops of moisture in the atmosphere. They are made up of seven different colors—red, orange, yellow, green, blue, indigo, and violet. But the way most people see rainbows isn’t technically accurate.

When looking at a rainbow, part of it is always obstructed by the horizon. Unless you are in a plane way up above the ground looking down on the earth with the sun bearing down on you from behind, you will only see half of the rainbow. A full rainbow is actually a complete circle, due to the angles at which the light is refracted through the water. It is also important to note that while the seven colors of the rainbow are the only ones visible to the naked eye, they are not the only colors actually present. 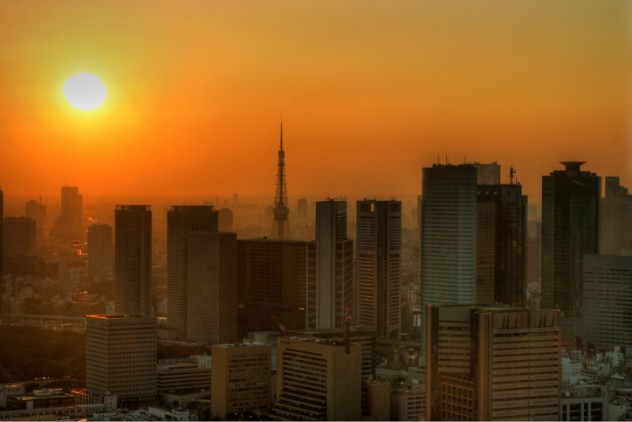 Heat waves don’t really register on most of our radars when it comes to natural disasters. After all, they happen all the time. Many people may find a heat wave to be an inconvenience, especially if they don’t have air conditioning, but it’s generally not something you see people preparing for. It’s just heat, and that never harmed anyone, right?

Wrong. Unfortunately, it turns out that heat waves are far, far more dangerous than we have ever given them credit for. Researchers have done multiple studies to see if heat has an effect on the crime rate. What they found was that crime did tend to be correlated with temperature. Worse yet, the evidence showed that this had a very strong effect specifically on violent crime and that high temperatures were to blame regardless of the season. Heat waves actually lead to the deaths of way more people than you might imagine, with a higher death toll than all other natural disasters combined in the US. 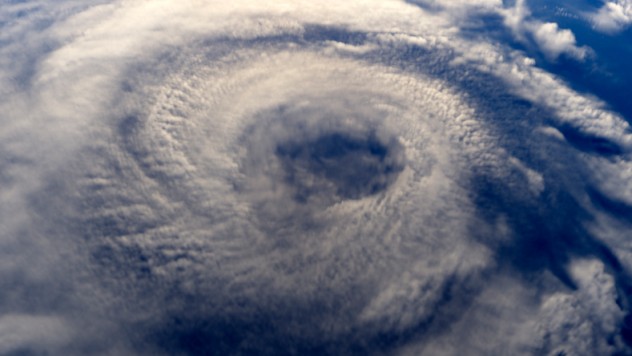 Hurricanes are one of the most frightening natural disasters. It’s hard not to find the idea of an enormous, raging storm of wind and water coming to swallow you whole a little intimidating. Many people are under the impression that most hurricane damage is caused by the wind speeds, which can easily reach over 160 kilometers per hour (100 mph). However, many people are unaware that the main damage caused by hurricanes is the storm surge.

You see, most deaths in hurricanes happen when people drown in the massive surges. Surprisingly, deaths caused by the high speed winds—or even tornadoes caused by hurricane winds—don’t even rank second when it comes to hurricane-related deaths. Second place actually goes to those who end up drowning in the floods caused by the hurricane after the initial storm surge. It seems that the main danger of a hurricane is a huge amount of water suddenly being somewhere people didn’t expect it to be. 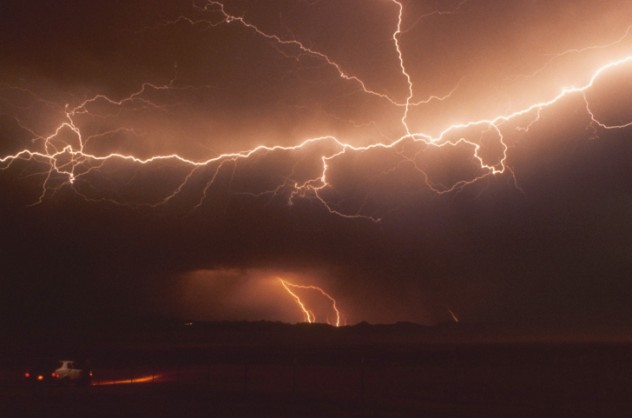 As far as most of us are concerned, heat lightning is a specific phenomenon that occurs on really hot summer nights. The air is dry and warm, and this causes lightning discharges without sound off in the distance. We can watch it without worry of it getting close to us and enjoy the light show without hearing any of the noise. However, it turns out that heat lightning isn’t even actually a thing. It was basically made up by people who didn’t understand what they were seeing and hearing—or rather, not hearing.

Sometimes storms are off really far in the distance, but still close enough that we can see them from where we are. When we see “heat lightning,” what we are actually witnessing is just distant lightning from a faraway thunder storm. The reason why we don’t hear it is because the sound from thunder can’t travel much further than 16 kilometers (10 mi). When people saw distant, inaudible lightning, they understandably assumed that it was an entirely different phenomenon. It also turns out that you may not be that safe from heat lightning—if you are close enough to see it, the wind could end up blowing the storm in your direction. 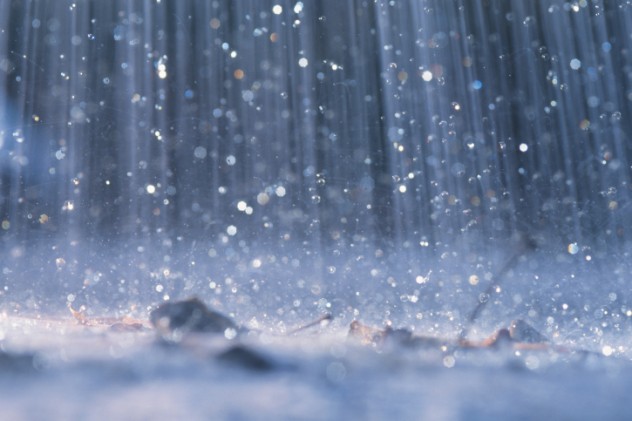 Freezing rain, according to many people, is caused when rain starts falling from the sky in warmer air but then freezes as it gets closer to the ground. Theoretically, this leads to what are essentially frozen raindrops, but this is a common misconception.

Weirdly, freezing rain actually doesn’t freeze until it strikes something. Before it hits the ground, it is in the form of a natural raindrop. At all elevations, the air is warm enough that the raindrops don’t freeze—it’s actually the ground that is too cold for the raindrops, causing them to freeze on impact. Freezing rain can behave in an even stranger manner—sometimes, it begins its life as snow, turns to rain in the warmer air, and freezes again upon hitting the ground. 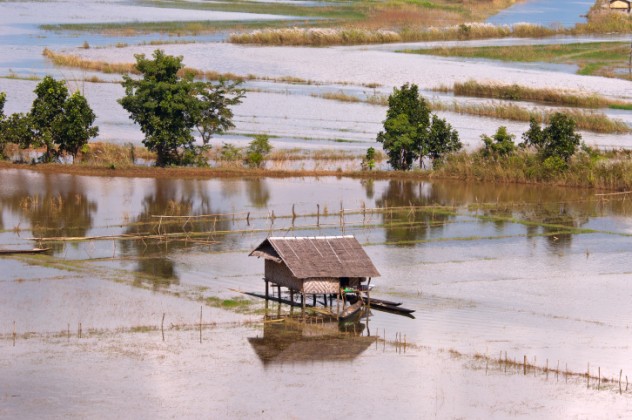 The rain is pounding down on the windshield of your car and you can barely see. After a long, intense drive, you finally make it home, but you get absolutely soaked by the rain just walking to the door and look like you fell in a pool. As you slam the door closed, panting, you comment to your cat that “It’s a monsoon out there” before heading off to get dry and not go outside for a long time.

Unfortunately, you were misunderstanding what a monsoon is, and now you can’t avoid the judgmental stare of your feline friend. Well, not to worry. Once we’ve cleared things up, Mr. Tuffles will go back to pawing at that ball of yarn you left on the floor. Calling something a monsoon isn’t just another way to describe a torrential downpour—it’s actually a very specific weather event.

When someone speaks of a monsoon, they are actually referring to a seasonal weather pattern in the southeastern regions of Asia that involves shifting wind patterns that sometimes bring heavy rains. “Monsoon” is derived from a word that means “season” and simply refers to the way the winds shift throughout the year. There is even such a thing as a “dry” monsoon. Also, while the torrential rains that can accompany a wet monsoon can be dangerous, they are also very important for growing crops. 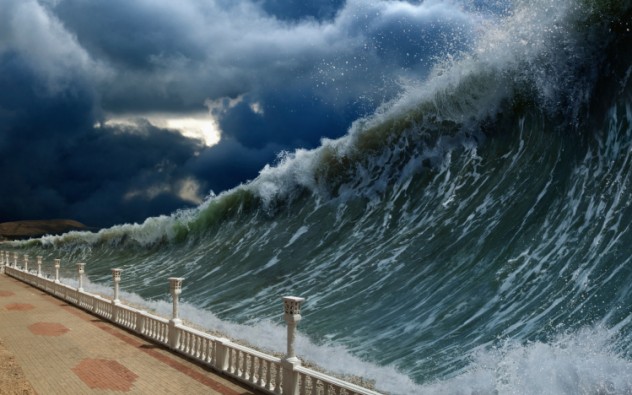 Tsunamis are one of the most frightening weather disasters in the pantheon of horrible things that Mother Nature can throw at us in her vengeful rage. Anyone would be scared of an enormous wave looming over you with the malicious intent to crush everything in its path and drag you to a watery death at the bottom of Davy Jones’s Locker. However, while tsunamis are obviously extremely dangerous, people’s conceptions of them are a bit off. The enormous tsunami coming to bear down on you is a popular trope in movies and television, but fortunately, it has no basis in reality.

A tsunami is caused by a displacement of water in the ocean, often due to an earthquake or volcanic eruption, and are generally not very tall. Tsunami waves are actually quite low and would be difficult to spot from a distance if you don’t know what to look for. However, despite their size, they build up an incredible amount of momentum as they thunder along and can easily flood areas and drag people under water. This means that even if you don’t see a giant wave heading your way, you should probably heed any warnings about incoming tsunamis while vacationing on the beach. 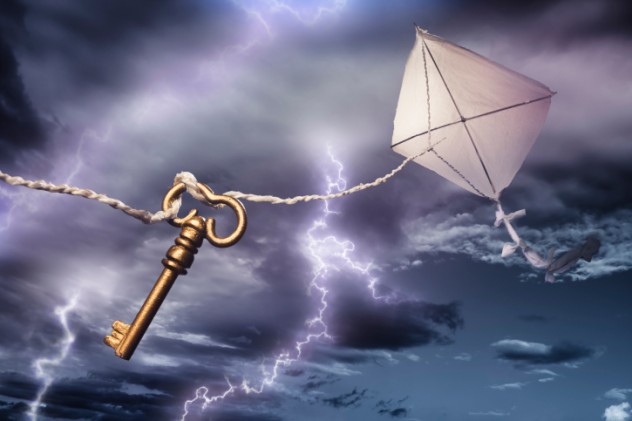 Many people are under the impression that Benjamin Franklin discovered electricity. The story goes that, one day, Franklin decided to test out the wacky idea that lightning would be attracted to a metal key on the end of his kite during a thunderstorm. He ran his crazy experiment and ended up getting a huge electric shock, leading to the use of modern electricity.

Unfortunately, the above tale is a fabrication. Electricity had already been discovered and Franklin knew very well what it was. What Franklin had actually intended was to learn about the relationship between electricity and lightning. He believed that the two were connected, and saw evidence of his theory in the string fibers on his kite appearing to stand on end, deducing that the key might be attracting the lightning. Of course, if he had actually received a lightning strike through his kite, he probably wouldn’t have survived the blast. 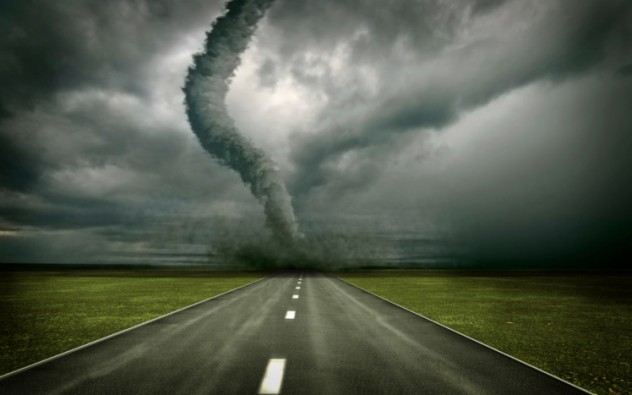 Tornadoes are whirling vortices of death that haunt our dreams—and with good reason. When a gigantic cyclone comes flying at you, making a horrendous amount of noise, you might think that its gained sentience and is coming straight for you. The only option is to run. Against this nightmarish beast, you must either cross a river—where the tornado can’t follow you—or hide under an overpass. If you are inside, you need to make sure the air pressure doesn’t cause your house to explode, so you will want to get all the windows as open as possible.

That is, if you want to die. The truth is that these precautions provide no protection from tornadoes. Not only can they cross rivers, but probably will if conditions are right and it decides that it wants to. In fact, the worst known tornado, back in the early 1900s, traveled across two different rivers during its short but violent reign of terror. Also, going under a freeway overpass actually puts you in more danger, and opening the windows of your house won’t do you any good whatsoever. 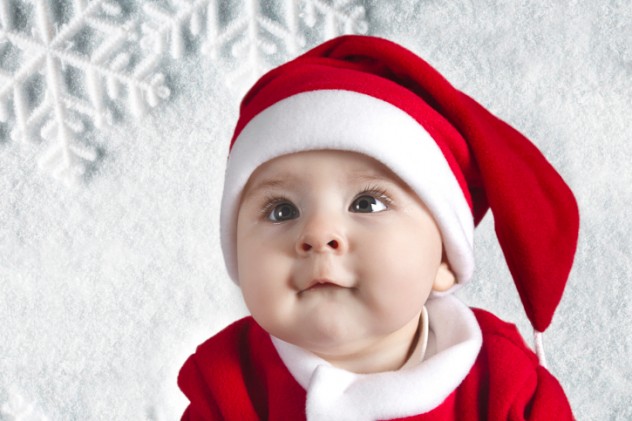 Many people believe that, when there is a particularly bad blizzard, a blackout, or just about anything that keeps people inside for awhile, eventually they will turn to sex. This has led to the myth of the so-called “blizzard babies.” The common belief is that there is usually a big baby boom roughly nine months after a major weather event. In some versions of the myth, it isn’t necessarily a blizzard, but something like a football strike. However, the problem with all of these theories is that, in retrospect, these booms always turn out to be normal fluctuations in the birth rate. Proponents simply cherry-pick a coincidentally high number from the data to fit their theory, ignoring other perfectly regular booms that occur throughout the year.