As fans, we tend to forget that athletes have lives outside of sports. It’s just that we don’t often to get to see them when they’re not performing.

But when you do a little digging, you might be surprised to find what their off field interests actually are… 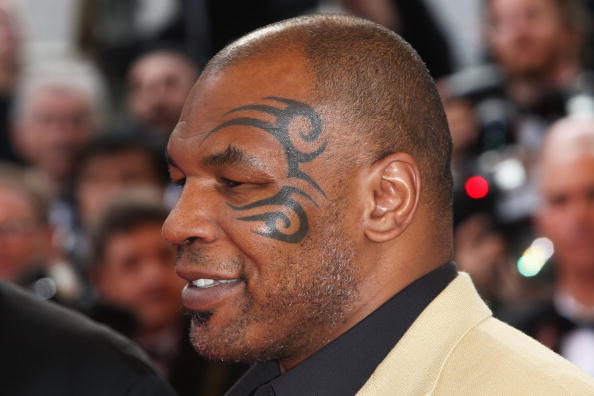 What hasn’t Mike Tyson done? He’s been the heavyweight champion of the world, appeared in hit movies, stepped into the ring at WWE matches, and starred in a one-man show on Broadway. He’s even dined on human flesh.

So should we really be surprised to learn that he’s also dabbled in competitive pigeon breeding and racing?

Tyson says that pigeons were the first thing he ever really loved. Ever since he saw them flocking through his Brooklyn neighborhood when he was younger, he’s been fascinated by the feathery city-dwellers. Currently, Tyson oversees a coop in New Jersey that houses over 400 pigeons.

But it wouldn’t be Mike Tyson without a dash of crazy. Tyson made headlines last October, when he claimed the government was conspiring to rid the US of the his beloved rock doves. 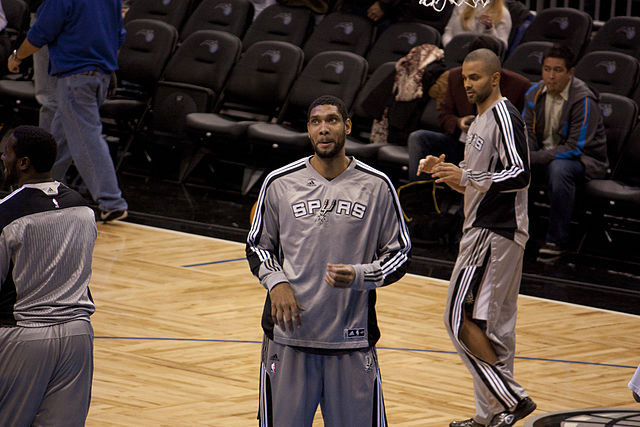 Everything about Tim Duncan is understated: He’s one of the NBA’s most nonchalant players, his game isn’t flashy, he doesn’t have a signature move. He’s nicknamed the “Big Fundamental” for a reason—he’s boring. But after more than 15 years in the NBA, four World Championships, and two MVP awards, he can deal with being labeled dull.

But Duncan does find time to cut loose when he’s playing Dungeons & Dragons. He’s not shy about his hobby either. In fact, he loves any kind of role-playing fantasy game, and he frequently attends Texas Renaissance Fairs. When he got to the Spurs, he even requested that his nickname be “Merlin.” 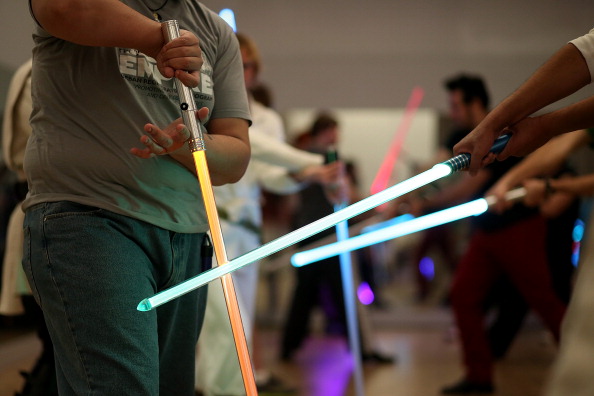 American football fans who came of age in the late 1970s remember Lester Hayes as one of the NFL’s best cornerbacks. His coverage skills, coupled with a hefty dose of stickum, helped the Oakland/Los Angeles Raiders win two Super Bowls in the ’80s.

But Hayes was as much a fan of the Star Wars trilogy as he was of football. He was enamored with the space opera, boasting that he saw it at least 70 times. He loved it so much that he claimed Luke Skywalker would be a cornerback if he played football. Arguably his most endearing quip about the franchise came during the early ’80s, when he declared that he was the league’s “only true Jedi.”

And thanks to Hayes’ legendary exploits on the field, some of his teammates even believed he might genuinely be aligned with the Force.

7The Linebacker With A Soft Spot For Comics

He’s the hero comic book fans need—and the one they deserve.

When Chicago Bears linebacker Lance Briggs isn’t busy obliterating opponents on the football field, he can usually be found quietly browsing the aisle of his local comic book store.

The seven-time NFL Pro Bowler, well-known for delivering brutal hits to opponents, has an affinity for comics that dates back to his childhood. Even at 33, he still spends hours scanning the shelves for the right comic before forking over his cash.

In 2011, he took his love of the medium to the next level, writing his own comic for Top Cow Productions. Entitled Seraph, the comic mixes “faith with action” to tell the story of a tormented hero who winds up with supernatural powers after trying to kill himself. Briggs has also founded a social networking site for fellow enthusiasts and routinely holds comic book drives for disadvantaged youngsters.

Jerry Lucas had the story-book career that most basketball players dream of. Following an All-American campaign at Ohio State—where he guided the Buckeyes to three straight Final Fours before winning a national championship in 1960—he carried his prowess over into the pros, where he won an NBA title with the New York Knicks before eventually being inducted into the Basketball Hall of Fame.

But Lucas didn’t just have the right stuff when it came to playing hoops, he had a special gift that extended beyond the hardwood. For most of his life, Lucas had an obsession with memory tricks, often memorizing and organizing everyday items. Whether it was alphabetizing the word “chandelier” or learning pages from the New York phone book, Lucas spent years training his memory—with aspirations of becoming a magician when he retired from basketball.

After hanging up his sneakers in 1975, he actually became a memory education expert. His teachings aim to help children improve their memory and he’s written numerous books on the subject.

5MLB Slugger With A Penchant For R&B

On the baseball diamond, Dick Allen was an all-star outfielder. But off the field, he moonlighted as an R&B singer.

One of baseball’s most feared sluggers in the 1960s and ’70s, Allen had his best seasons with the Philadelphia Phillies and Chicago White Sox. While playing for the Sox in 1972, Allen had a career year, belting 37 homers and bringing in 113 runs while hitting .308 to capture AL MVP honors.

But his rugged exterior masked a melodic voice, and he often spent his down time in the recording studio. He also occasionally performed national anthems around Philadelphia, most notably in front of a sold-out Spectrum crowd before a 76ers game.

His hard work in the studio eventually led to a record deal and in 1965 he released an single album with his soul group, The Ebonistics.

4The Mailman Keeps On Truckin’ 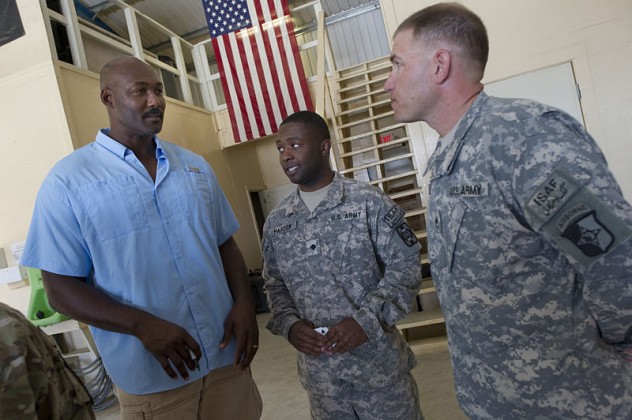 Karl Malone is cut from a different cloth. A basketball superstar, he never lost touch with his humble beginnings. Born in rural Louisiana, Malone grew up with a firm appreciation for the outdoors. An avid fisherman and hunter, Malone’s love of the rugged lifestyle spilled over into his NBA career, where he was admired for his unyielding work ethic and notorious for his physical play (just ask Isaiah Thomas and David Robinson).

Off the court, Malone balanced his life in the spotlight by frequently slipping away into solitude. The open road was where he found peace of mind. The highway was his sanctuary.

So in the early 1990s, he capitalized on a childhood dream, establishing a truck-driving company. It was called Malone Enterprises Trucking, Inc., and it lasted less than two years. But while Malone may have discovered that the trucking business wasn’t for him, the love of hauling supplies never left him. He frequently hopped in his Big Rig for a few hours to clear his mind during the season.

In 2005, the Mailman proved he could deliver off of the hardwood, when he used his trucking skills to help haul away debris left behind from Hurricane Katrina.

3Linebacker Tangles With Snakes In The Off Season 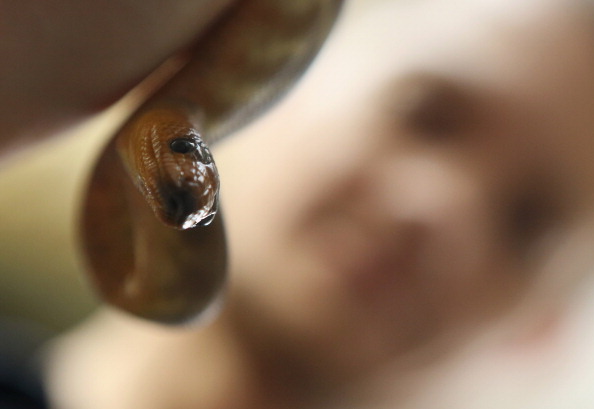 It’s not unusual for football players to find success in high-profile careers when they’re done with football. Terry Bradshaw and Howie Long found a second life as actors. Others, like Dan Dierdorf and Phil Simms, made it big as play-by-play announcers.

But not many football players turn to herpetology—the study of snakes and other reptiles. Well, except for Chad Brown that is.

Brown’s love for snakes began as a child, but his passion intensified when he was a student athlete at the University of Colorado. During his freshman year in 1991, he bought a boa constrictor to keep in his dorm room. Since then, he’s accumulated thousands of snakes.

Brown continued to dabble in herpetology even after he turned pro. He eventually opened his own exotic reptiles pet store, before tragically losing it to a fire.

2The Football Player Who Tackled The Legal System 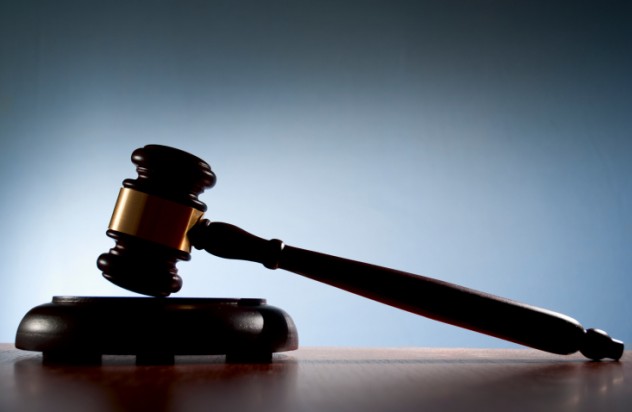 In the 1970s, the Minnesota Vikings had one of the NFL’s stingiest defenses. Anchored by their fearsome front line—the Purple People Eaters—the Vikings reached the Super Bowl four times in a single decade.

Defensive tackle Alan Page was an integral part of that success. During his 12-year tenure with the Vikings, he played in all four Super Bowls, went to nine Pro Bowls, and was named an All-Pro nine times. But despite all of his success on the gridiron, Page had loftier aspirations—he saw a life after sports, one that involved practicing law. And his legal career is just as distinguished as his football one ever was.

Page understood he wouldn’t play football forever. So during his stint with the Vikings, he started taking law classes at the University of Minnesota. When he retired from football in 1981, he was hired as an Assistant Attorney General in Minneapolis. He would eventually rise through the ranks to become the state’s first African-American Supreme Court Associate Justice. As of 2014, he’s been on the court for more than 20 years.

1The Defensive End Obsessed With The JFK Assassination 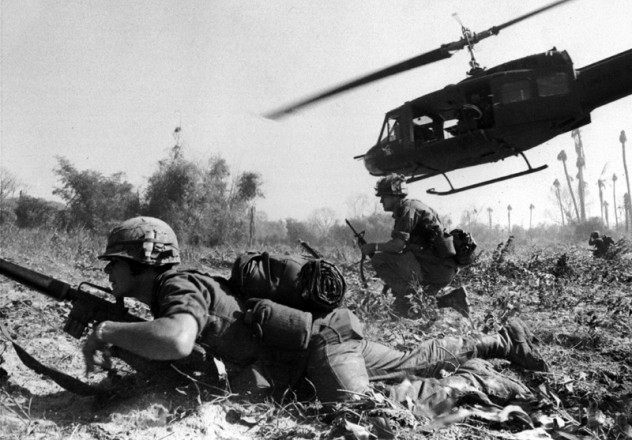 Before a car accident tragically took his life, Derrick Thomas was on his way to a Hall of Fame career with the NFL’s Kansas City Chiefs. A highly-touted defensive end from the University of Alabama, Thomas made an immediate impact for the Chiefs. He notched 10 sacks and made 75 tackles in his first year with the team, earning Defensive Rookie of the Year honors while also being named to the Pro Bowl. Lauded for his efforts with children’s charities, Thomas’ desire to help youngsters emanated from his own troubled youth.

His early years were marred with tragedy. In 1972, when Thomas was only five years old, his father was killed in action in Vietnam. Growing up without a father was rough, and Thomas had a troubled childhood, almost going completely off the rails before his mother and the community stepped in.

One thing Thomas never let go of was his fascination with the US military, primarily with its aviation branch, as well as its endless list of alleged conspiracies. Thomas was deeply fixated on the JFK assassination. He studied thousands of documents, read hundreds of books on the subject, and believed Oliver Stone’s film, JFK, to be “true to life.” He even met with Marina Oswald, the wife of alleged assassin Lee Harvey Oswald, and chatted with eye-witness Jean Hill on a Kansas City radio program.

The more he studied, the more he understood the politics of the conflict in Vietnam. He eventually connected the events that led up to the war to his father’s death, placing specific blame on Kennedy’s killers. The way he saw it, the bullet that killed Kennedy was the same one that killed his father. He surmised that if Kennedy wasn’t killed, then maybe the US wouldn’t have escalated the situation in Vietnam, and maybe his father would have returned home to him.

Sports reporter by day, internet sleuth at night, keep up with Brandon at On Campus Sports, Highlands Today, or on Twitter