If you’ve ever seen pictures of a tropical island with sparkling blue water that stretches as far as the eye can see, private beach huts on white sandy beaches, and coral reefs that teem with life, chances are they’re pictures of the Maldives. This tropical paradise sits in the middle of the Indian Ocean, and is made up of 1,190 coral islands and atolls that stretch over 90,000 square kilometers (35,000 sq mi). Ninety-nine percent of the nation of the Maldives is ocean water, but it still supports a rich, 3,000-year-old culture, an amazing educational system, and a ridiculously intolerant government.

10 Established By An Exiled Prince 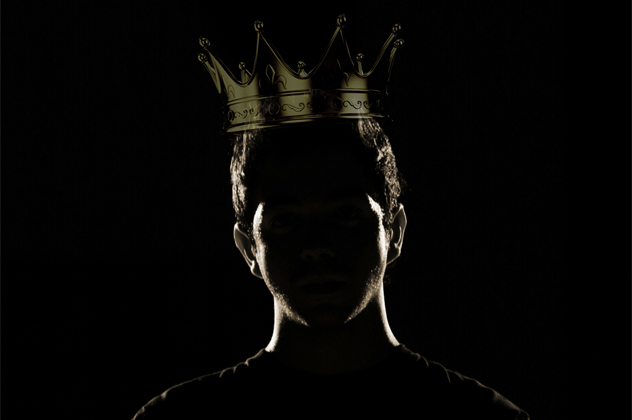 For as long as there has been recorded history, the Maldives has been an incredibly important island chain due to its location along a number of trade routes. The first people to officially colonize the islands came from India; the real date is unknown, but it was thought to happen before 269 BC. Legends says that there was no government, only a peace-loving community of people who worshiped the Sun and the water.

The first actual kingdom was said to have been established by the son of the king of Kalinga in India. The king was greatly displeased with his son, so he was sent away to the Maldives—what was then known as Dheeva Maari. This prince, named Sri Soorudasaruna Adeettiya, was responsible for the establishment of the Maldives’ Adeetta Dynasty. Also known as the Solar Dynasty, this era ended with the marriage of a Solar Dynasty queen to a prince of Kalinga’s Lunar Dynasty.

Legend is mixed with history in the early days of the Maldives; according to tradition, these days of the early kings are only known through a much later telling. Copper plates inscribed by a Princess that had been banished from her home island to Is Midu in the 1100s were supposedly found by a 14th century scholar, translated, then buried back in the sand to be lost forever. 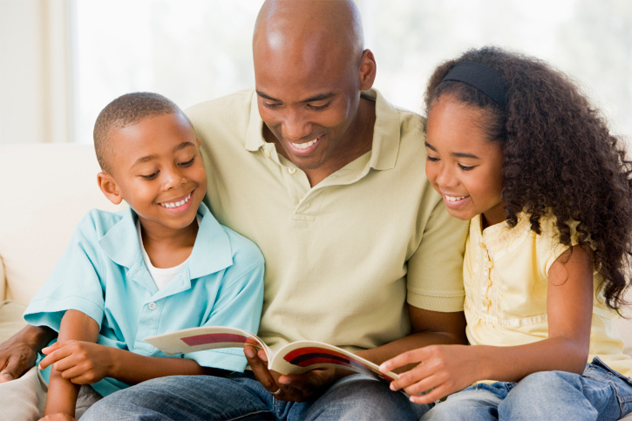 The Maldives boasts a 98-percent literacy rate among adults; this is a huge jump from 70 percent in 1978. Residents are spread across a number of islands—about 200—making a unified education program difficult, and with 35 percent of the country’s residents under 18 years of age, education is a major key to their future success.

With the aid of UNICEF, the Maldives has created a unified education program in the years since 1978. They built Teacher Resource Centers that utilize the internet for long-distance teaching between islands, and created an education program that advocates teaching not only children, but parents and caregivers, who are urged to take an active roll in education.

As a result, 100 percent of children are enrolled in primary school, with a 99 percent graduation rate to grade five. By comparison, surveys by the US Department of Education have found the US literacy rate unchanged over a period of 10 years, with 14 percent of the adult population still illiterate. 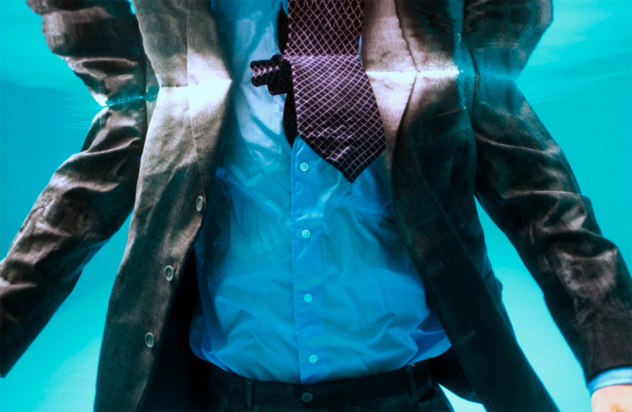 For the Maldives, climate change and a rising ocean level is a very real threat, with a handful of islands already evacuated due to the rising ocean waters that have interfered with fresh water sources. In order to draw attention to their concerns, President Mohamed Nasheed moved the October 2009 cabinet meeting to the bottom of the ocean.

The president and 13 other government officials strapped on scuba gear and sat at desks that had been sunk to the bottom of the sea in an attempt to raise awareness about the dangers facing the island chains. He also wanted to draw attention to the sustainability projects he had in mind for reducing the carbon footprint of an entire nation; those plans include biodegradable resorts and sustainable tourism, as well as harvesting all energy sources on the islands, like wind, water, and solar power. 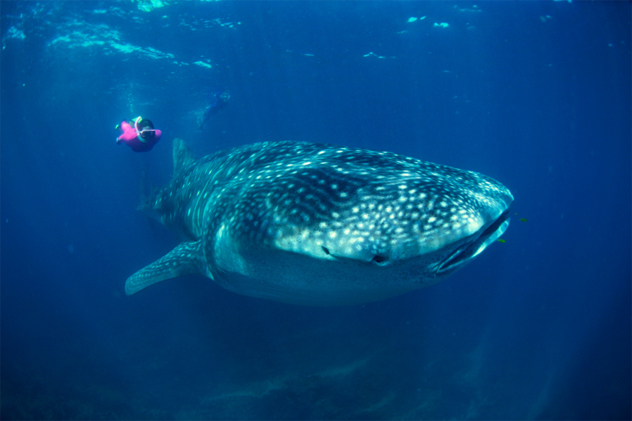 For most people in the United States, a whale-watching tour might consist of an 8-hour day out on a boat, where you will either see a whale or two . . . or nothing at all. Go whale watching in the Maldives, though, and you’re guaranteed to see anywhere from 1,500 to 2,500 individual whales and dolphins. At any given time of the year, there are 10 to 12 different species of whales and dolphins that call the coral reefs of the Maldives home.

In addition to dwarf sperm whales, false killer whales, and real killer whales, there are also striped and spotted dolphins, bottlenose dolphins, and pilot whales. A single school of dolphins can contain more than 200 individuals, and the Maldives is also one of the most well-known places in the world for catching a glimpse of the world’s largest fish, the Whale Shark. These massive fish range in size from 5.5 to 10 meters (18 to 32 feet), and can be seen cruising the clear, blue waters of the Maldives, filtering plankton from the sea water as they swim. 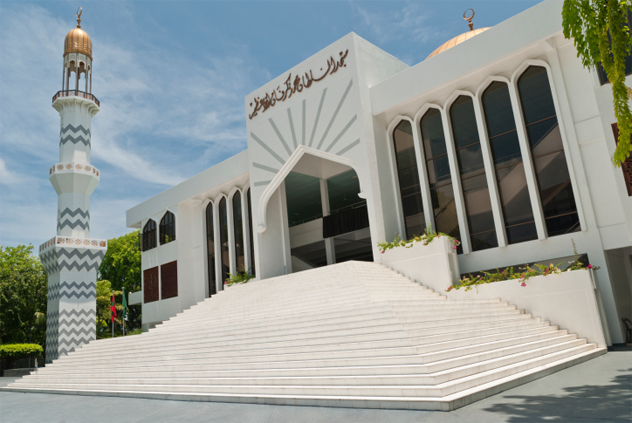 Visitors should realize that the Maldives is a strictly Muslim nation, and obeying local laws and traditions are a requirement. Both the Shari’a and Ja’fari schools of law are represented on the islands, with the Shari’a overseeing family and criminal law. Originally a Buddhist nation, the Maldives were converted in the 12th century by traveling Islamic holy men, who were accompanying traders and merchants on their long journeys.

In the 16th century, the islands were colonized by the Portuguese, who attempted to convert them to Christianity. The conversion failed, ending in violence and bloodshed. With the restoration of their government, the position of King came to be seen as a sacred position made possible by Allah. By law, the president and all cabinet members must be Sunni Muslim. 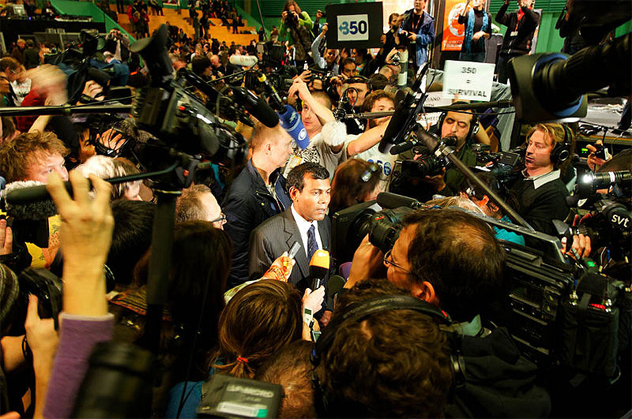 The Maldives has always been a place of highly charged politics and religious beliefs. In 2012, President Mohamed Nasheed (mentioned above in the underwater cabinet entry), was forced at gunpoint to step down as president after three weeks of protests and revolts. A day after he resigned, a riot in the streets left him and nearly 50 other people injured after the the police and military forces began launching tear gas at the ousted president.

It all began when the President issued orders to arrest associates of his predecessor for interfering with a criminal court case investigating corruption and human rights violations. Nasheed was replaced with his vice president, who denied any knowledge of the forced resignation, the assaults, or the planning behind it.

4 Alcohol Is Forbidden Outside Of Resorts 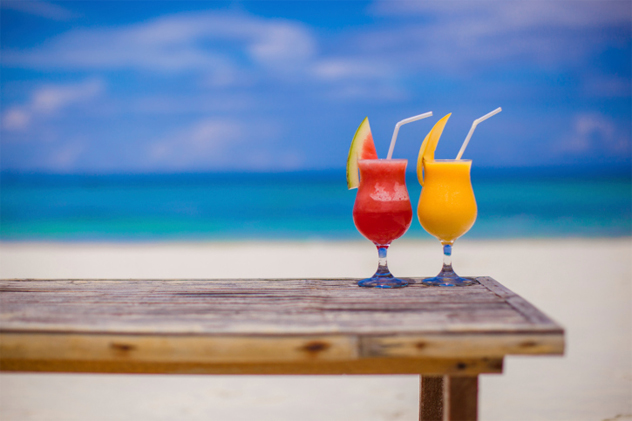 Because of the country’s strict Islamic beliefs, tourists are expected to obey and respect Muslim traditions while on the islands. Alcohol is prohibited everywhere except resort hotels, and the beverages cannot be taken off resort property. Illegal imports include anything that infringes on the Muslim belief system, such as alcohol, pork, and pork products. During the month of Ramadan, tourists are expected to respect Muslim traditions; this can include avoiding food, drink, and smoking during the daylight hours. Some restaurants will still cater to tourists, but they might be screened from public view.

There is no public observation of any other faith allowed, although acknowledgment of the tourists’ beliefs have made private worship acceptable. And contrary to implications that might be given in some of the beach photos of the Maldives, nudity and topless sunbathing absolutely aren’t allowed, even on resort islands. 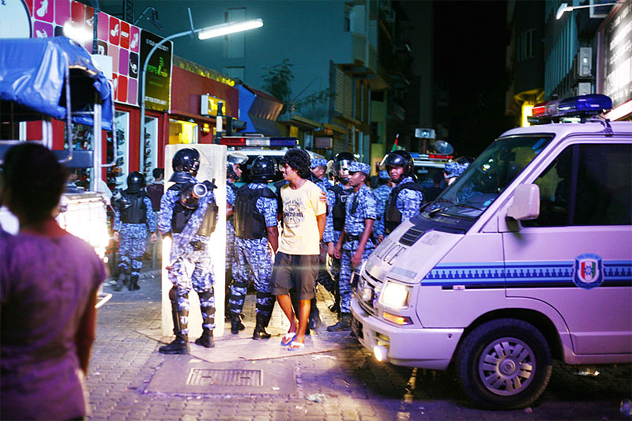 According to the political laws of the Maldives, all people are equal and deserve equal protection. However, the extremely devout nation often bows to religious law before secular; as a consequence, those who are found guilty of committing adultery can expect a public flogging.

The vast majority of flogging victims are women; recent statistics from 2006 accounted for 184 people who were convicted of having extra-marital sex and sentenced to be flogged. Only 38 of them were men. Most men who are accused of the crime walk free—all they have to do is deny it. Amnesty International has gotten involved with what they call a human rights violation, saying that most of the people who disagree with the practice are afraid to say so.

In 2009, an 18-year-old mother was flogged 100 times, and later sent to the hospital for her injuries. She denied the charges as well, but was found guilty because she was pregnant. The two men accused with her were acquitted. 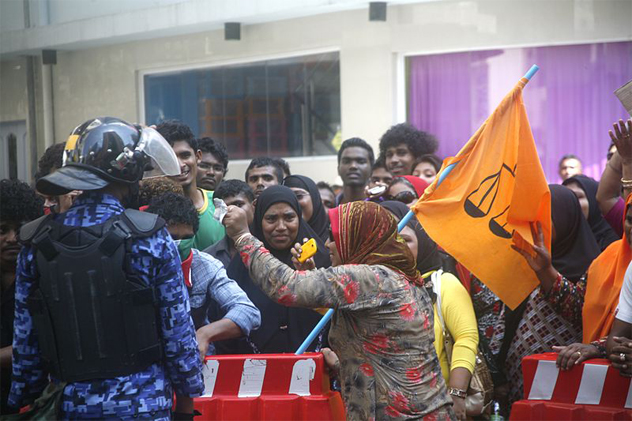 More than just religious devotion, the Maldives is known for its religious intolerance. Don’t disrespect or offend religious sensitivities in the Maldives, or you’re looking at a prison sentence. That includes bringing in any other religious idols or texts, pornography, or alcohol. (More recently, religious texts have been allowed in the country, but only for private use. Missionary activities are strictly forbidden.) Get caught with any kind of drugs, and it’s life in a Maldives prison. Same-sex relations are a religious and state offense, and can lead to jail time as well.

The Maldives Constitution was written in 1997, and specifies that citizens must be Muslim—it actually specifically forbids the following of any other religion. Convert, and you lose your right to citizenship. Instruction on the Islamic faith, history, and practice is part of the nationwide education curriculum, and there’s a government department established to provide religious guidance. Freedom of speech is extremely limited, and people convicted of speaking out against Islam and its beliefs have been jailed, tortured, and executed.

So strict is their observance of religious traditions that foreign workers are encouraged to come and work at tourist destinations so citizens aren’t in contact with questionable items and activities.

1 The Coconut That Rigged An Election 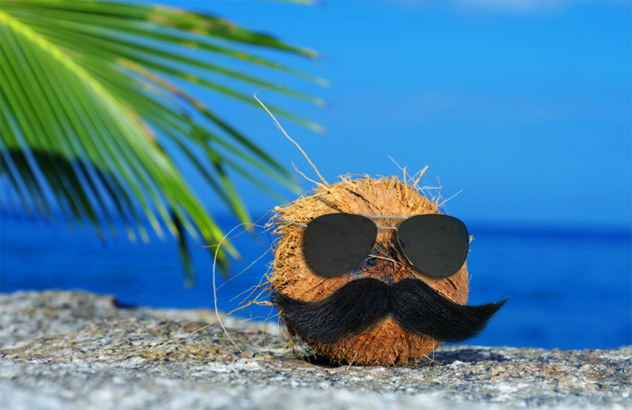 Many people of the Maldives hold on to a strong belief in the supernatural, including black and white magic. In September 2013, a coconut was detained by police after being found loitering and acting suspicious during the presidential elections. The questionable young coconut was found outside a polling station, and was accused of being placed there to rig the election.

Coconuts are supposed to be a frequent ingredient in black magic spells and rituals; the police called in a white magician to examine the coconut for threats and curses. No such curses were found, and the magician deemed the coconut to be an innocent. No arrests were made, and we assume the coconut was released into the custody of his family.