William Jefferson Clinton is like the Democrat’s answer to Reagan: a highly respected two-term president who just about everyone agrees was awesome. In a 2013 poll, CNN ranked him as the third-greatest president of all time. Over three-quarters of registered voters today see his tenure as positive. He’s just about the only living Democratic figure even Republicans admire. It’s too bad he was responsible for some of the worst disasters in living memory.

10 He Had A Lot To Do With The Financial Crisis 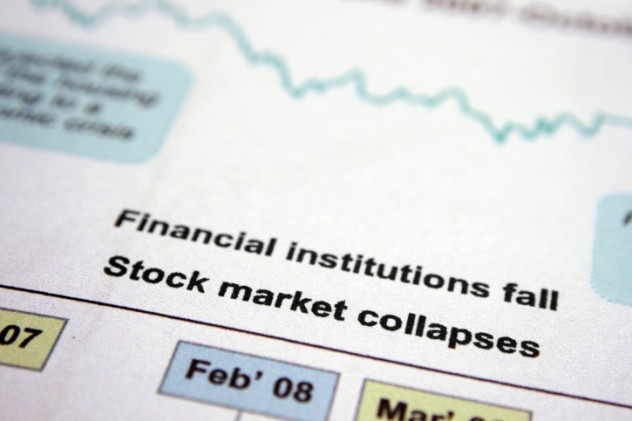 The financial crash of 2008 was the result of so many complex, compounding factors that people still can’t agree on who, if anyone, was responsible. However, there’s one name that keeps cropping up again and again: Bill Clinton.

Although he ran on a ticket of reeling in the excesses of big business, Clinton quickly became the financial district’s best friend. During his years in office he completely failed to act on regulating derivatives, a central cause of the crash. In 1999, he repealed the Glass-Steagall Act, a nifty bit of legislation that effectively blocked the creation of today’s dangerously unstable super-banks. As The Guardian noted in 2009, sub-prime loans before the repeal accounted for only 5 percent of all mortgage-lending. By the time of the crash, they’d hit 30.

Clinton also toughened a 1977 act that required lenders to relax their rules for poorer borrowers. In other words, he made it a legal obligation for companies to throw money at people who couldn’t possibly repay it—a policy that, in all fairness, George W. Bush would continue. According to The Wall Street Journal, this was the biggest influence on the gigantic housing bubble that managed to knock the global economy off its axis. At least Slick Willy had the decency to apologize for it afterwards. 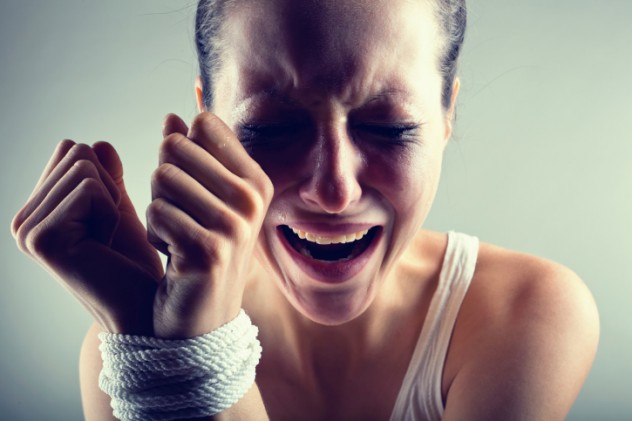 “Extraordinary rendition” is when shady government operatives stuff a bag over your head and fly you off to some foreign country where they can legally torture you. It sounds like something Alex Jones might dream up in a paranoid frenzy, but it’s a well-documented phenomenon under both Bush, Jr. and Obama—and Bill Clinton was the guy who started it all.

Clinton and Gore signed off on the first rendition back in the ’90s, despite being aware that it breached international law. Until recently, rendered people frequently wound up in the prison cells of places like Mubarak’s Egypt or Gaddafi’s Libya, where they were tortured with electric shocks, rape, beatings, and even crucifixion. It can sometimes go hideously wrong: In 2003, the CIA snatched a terrorist off the streets and beat, tortured, and sodomized him, only to discover they’d accidentally grabbed the wrong man. The victim just happened to share a name with a wanted criminal. His suffering came care of the Clinton/Gore dream team. 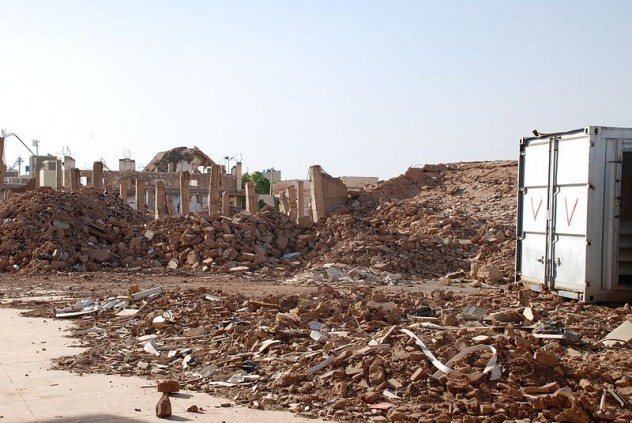 On August 20, 1998, an American submarine locked onto a suspected chemical weapons factory in Sudan and launched a barrage of missiles. The attack had been authorized by the president himself in retaliation for a US embassy bombing in Nairobi. Within seconds, the factory had been obliterated, killing one person and wounding several others. It was only then that it was discovered that the factory wasn’t used for producing WMDs at all. It was one of only three pharmaceutical factories in the whole of Sudan.

In less than a second, the airstrike had wiped out Sudan’s ability to treat devastating illnesses like tuberculosis, malaria, and meningitis at a time when the country was swept by disease and civil war. To add insult to injury, there was no money to rebuild, resulting in epidemics sweeping the land and killing thousands. Faulty intelligence was blamed at the time, but by 2000, it was obvious that the field reports were too sketchy to warrant even a second look, let alone a surgical strike. It was a simple overreaction that wound up killing thousands of sick children.

7 Giving In To Homophobia 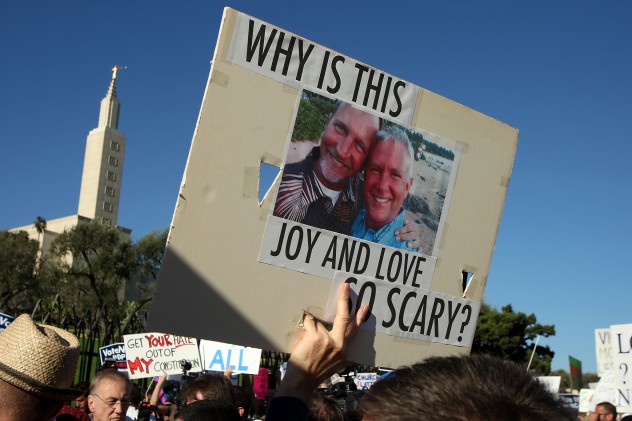 The Defense of Marriage Act (DOMA) was a piece of legislation that legally defined marriage as the union of one man and one woman. It was specifically designed to stop homosexual couples from accessing the 1,000-plus federal rights afforded to straight people, including the right to visit your long-term partner in the hospital. In short, it was a piece of paper that ensured not everyone was equal before the law—and Bill Clinton signed it.

Clinton had specifically gone out of his way to court the gay community during his campaign, but by signing off on DOMA and the Don’t Ask, Don’t Tell Act of 1993, he chose to quietly shelve his beliefs and betray those who voted for him in exchange for political capital with the GOP. To make matters worse, his campaign team used this betrayal to earn extra votes in the Southern Christian states.

The realities of the era might have meant gay marriage was totally off the cards, but that didn’t mean homosexuals needed an extra legal blockade.

6 He Knew About Rwanda—And Did Nothing 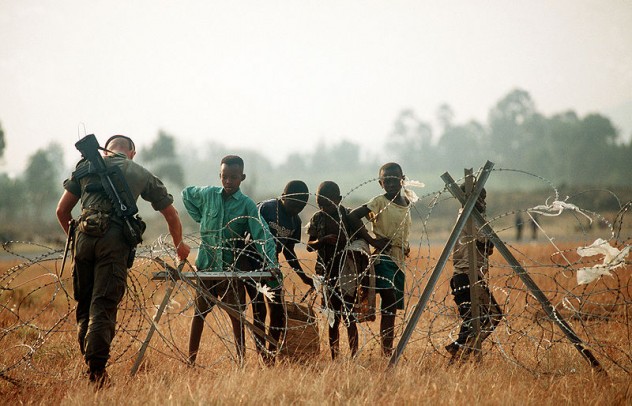 The Rwanda genocide was a 100-day killing spree by ethnic Hutus against their Tutsi neighbors. It was a mindless slaughter that killed up to 800,000 people. Corpses littered the streets and children were dismembered and raped. Then-President Clinton reacted to this senseless tragedy—arguably the worst of the 20th century—by burying any evidence of it.

In the immediate aftermath of the disaster, the Clinton White House insisted they’d been unaware of the scale of suffering. In 2004, however, classified documents emerged proving that the CIA had informed Clinton, Gore, and 100 top officials that a genocide was underway within 17 days of the first killings. Had they spoken out at the UN or piled pressure on Rwanda, it’s likely that the slaughter could have been stopped before reaching such disturbing proportions. By Clinton’s own estimate, their silence cost upward of 300,000 lives. 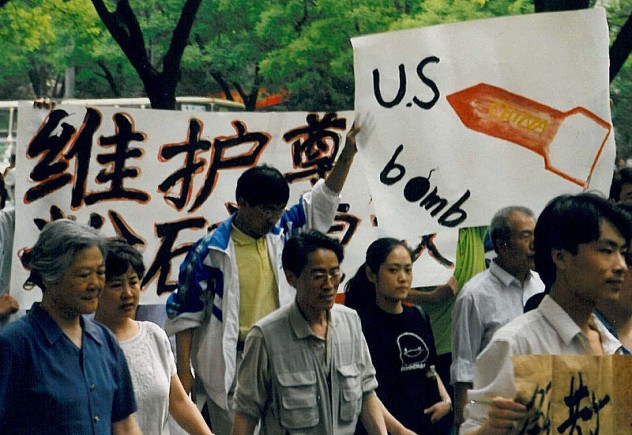 Imagine China was conducting a military operation in, say, Syria. Now imagine some faulty intelligence led to them bombing the US embassy. There would be international outrage, right? Well, that’s essentially what happened in Kosovo in 1999. After a tip-off from US intelligence, NATO blasted a building to smithereens—only to discover that they’d just destroyed the Chinese embassy.

According to a joint investigation by British newspaper The Observer and Denmark’s Politiken, there’s a very real possibility that the US and UK governments deliberately colluded to bomb the embassy. If that’s the case—and there’s some convincing, if inconclusive, evidence that it was—then Clinton not only facilitated an attack on a friendly state, he helped cover up the fact afterwards, just as he did with his knowledge of the Rwanda genocide. To this day, China claims the attack was deliberate provocation, one that has strained international relations between the two superpowers ever since. 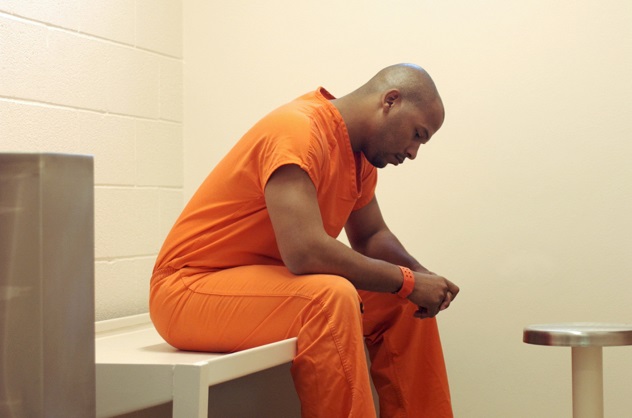 At the end of his tenure in the White House, Clinton had done more than any previous president to incarcerate ordinary Americans. His 1994 Violent Crime Control and Law Enforcement Act, for example, splurged federal money on the construction of new state prisons. That’s not a bad thing in and of itself, but the bill also forced states that took the money to cut back on paroles and change their sentencing guidelines to make sure inmates spent more time in behind bars. This meant keeping people locked up longer for doing the same crime, and since this was the ’90s, “crime” meant “drugs.”

Thanks to stuff like hideously unequal drug sentencing laws—which Clinton blocked Washington from changing—nearly 60 percent of those incarcerated in the Clinton years were in for nonviolent drug offenses. The result of this was a ballooning prison population that basically acted as a criminal conveyor belt. Kids with no inclination to do much more than smoke a bit of dope would go in and come out immersed in illegality—if they ever came out at all. Despite promising to reevaluate mandatory minimum drug sentencing, Clinton seemed content to watch young lives get flushed away over something as insignificant as 5 grams of crack. It didn’t even earn him any favors—long-term Gallup polls indicate the public felt drugs were a bigger problem in his second term than at any other point in history. 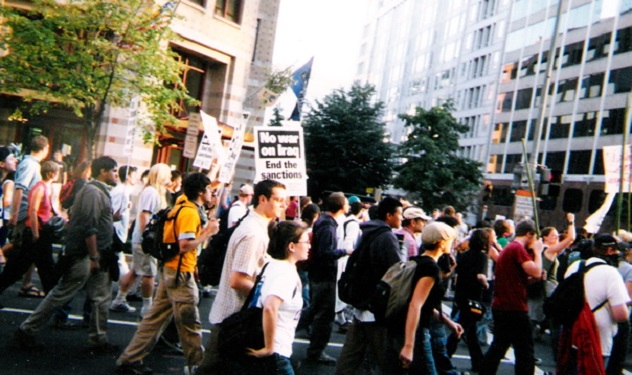 In the aftermath of the 1990s’ Gulf War prequel, the UN Security Council imposed strong economic sanctions on a belligerent Iraq. Strongly championed by the US and UK and fully supported by Bill Clinton, the sanctions were meant to break Saddam and keep him from indulging in any more war crimes. Instead, they killed over half a million children and hundreds of thousands of adults.

The trouble was twofold. Firstly, the economic embargo was the strictest in modern history. Secondly, Saddam responded by hoarding wealth, allowing his own lifestyle to continue while his people starved. The sanctions were directly responsible for the deaths of 4,000 children a month. The UN itself linked the economic blockade to devastatingly high rates of malnutrition, starvation, and disease. Medicines were restricted, so children were left to die in agony of leukemia on cancer wards in Baghdad’s hospitals. Instead of morphine, all they had was aspirin—if they were lucky. Thousands of meningitis patients died because the country lacked basic antibiotics.

Worst of all, the sanctions patently failed. Saddam still enjoyed the high life. His party still wielded unimaginably brutal power. The only ones who suffered were the poor, the young, and the sick. We can’t imagine having to make that decision, but it can’t have seemed intelligent to call the bluff of a crazy dictator.

2 He Presided Over The NAFTA Disaster

The North American Free Trade Agreement (NAFTA) was supposed to be the jewel in the Clinton crown. Created to allow free trade between the US, Canada, and Mexico, it was supposed to create jobs for America, boost the Mexican economy, and generally make the world a better place. Instead, it proved an unmitigated disaster for everyone involved.

NAFTA was meant to be a shrewd economic move by the US, but after two months, it had created a combined trade deficit of $132 billion with both Canada and Mexico. Prior to NAFTA coming in, the US had been running a trade surplus with Mexico. It also screwed over workers. In 2011, the Economic Policy Institute estimated the agreement had cost America nearly 700,000 jobs.

It wasn’t just the US that suffered. Before NAFTA, Mexico’s economy had been growing at around 3 percent every decade. After joining, growth fell to a measly 1.8 percent. Meanwhile, the follow-up Central American Free Trade Agreement (CAFTA) forced poor countries to eliminate tariffs, resulting in widespread poverty and even starvation. Clinton has since expressed regret over the policy, but that probably isn’t a great comfort to those unemployed and starving people the agreements affected.

1 He Let Bin Laden Get Away 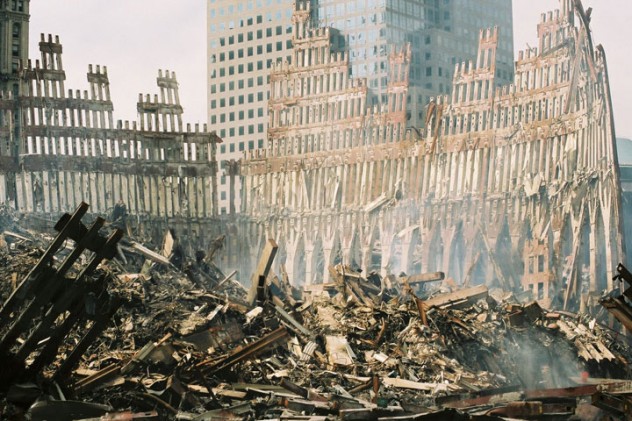 In 1996, Osama bin Laden had not yet become the universally despised figure he is today. Although he hadn’t yet graduated to planning large-scale atrocities, the State Department had good reason to believe he was starting to take a more active role in terrorist circles, which could only grow if he moved on to Afghanistan. They asked the Clinton administration whether they should deter the move—and Clinton said no.

It wasn’t the first time Clinton turned down the chance to halt Bin Laden’s progress, and it wouldn’t be the last. In the early 2000s, a litany of missed opportunities came to light. One of the most negligent was Clinton’s refusal to take steps as simple as hiring Arabic language translators for the intelligence services, significantly slowing down operations. If the White House had managed to put the brakes on Bin Laden at this time, the worst terrorist atrocity in US history may never have happened.