Secret societies like the Illuminati and the Freemasons always seem to get the limelight. However, a good number of lesser-known groups have their own strange stories to tell that make them just as interesting as their more famous counterparts.

10The Order Of Chaeronea 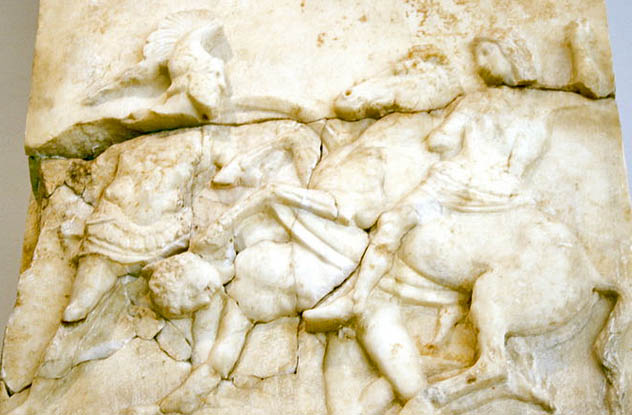 The Battle of Chaeronea in 338 B.C. saw the defeat of the Sacred Band Of Thebes, an elite ancient Greek fighting unit consisting of 150 soldiers and their male lovers. Years later, in 1899, Chaeronea lent its name to a slightly related but very different group—the Order of Chaeronea, an English political organization for gay men.

Cecil Ives founded the group as a means to communicate without fear of persecution. He patterned the order like a true secret society, devising ceremonies and passwords for its members. He also devised a strict set of rules, which kept members from using the society for sexual meet-ups.

Many prominent gay intellectuals joined—Oscar Wilde was reportedly a member. The organization soon spread around the world, enabling Ives to promote gay rights through books and numerous lectures. The order became a modern precursor to 20th-century rights organizations. After Ives’s death, the movement faltered, gaining steam again during the 1990s, especially in the US, and inspiring several offshoots.

9The Knights Of The Apocalypse 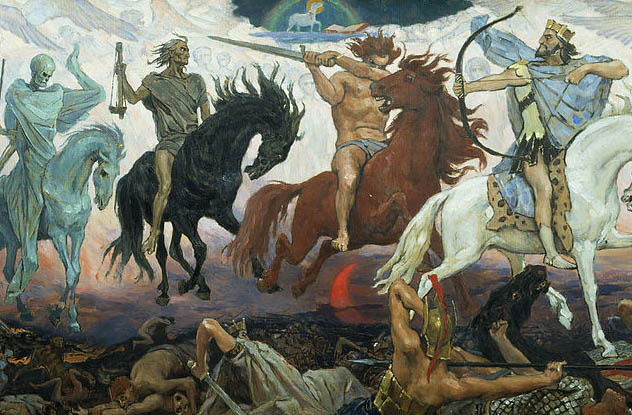 This group formed in 1693 to protect the Catholic Church against the supposed coming of the Antichrist. Members were noted for their peculiar habits, such as bringing swords to work and wearing clothing with an elaborately drawn star on the breast.

The society’s strange behavior could be blamed on the founder himself, a merchant’s son by the name of Agostino Gabrino. A certifiably insane man, Gabrino was known to have disrupted two church masses by waving a sword and proclaiming he was the “King Of Glory.” At his group’s founding, he declared himself a “Monarch of the Holy Trinity” and devised a bizarre set of rules for his knights, which included the practice of polygamy and exclusive marriage to virgins.

A year after the group began, one knight betrayed its existence to the Inquisition. The order was disbanded, and its knights were thrown into prison.

8The Order Of The Occult Hand 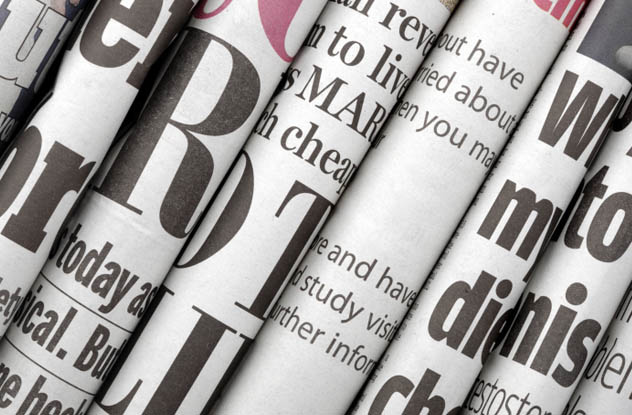 This group had just one goal. Its members inserted one particular phrase—“it was as if an occult hand had“—into newspapers and other publications.

The group had its beginnings when Joseph Flanders, a reporter for the Charlotte News, innocently used the phrase in a report. His friends liked the wording so much that they conspired to copy it as often as possible. Pretty soon, other reporters and journalists from all over the world began using the phrase in their own stories.

The conspiracy was undone in 2004, when James Fanega, a reporter for the Chicago Tribune, managed to track down the perpetrators and list the publications they had infiltrated. However, the group bounced back in 2006 when leader Paul Greenberg and the chief members announced that they had picked a new phrase to carry on the tradition. So far, no one has succeeded in finding out the new phrase, which Greenberg claims has already appeared in many major outlets. 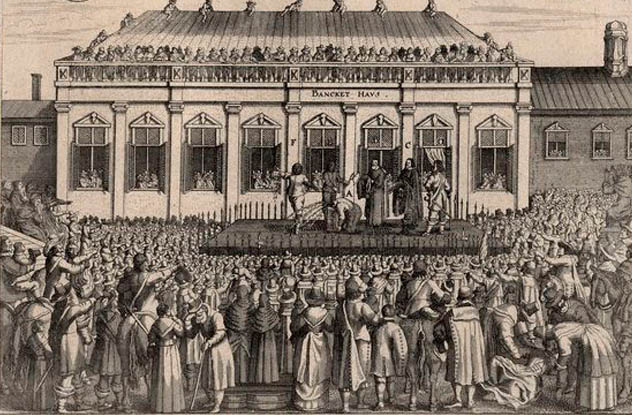 The members had their own anthem that praised the king’s death, and they toasted it with wine from cups made of calf skulls. They also burned a copy of the king’s autobiography while swearing by John Milton’s treatise supporting his execution—Milton himself allegedly founded the group.

After the restoration of the monarchy in 1660, The Calves’ Head Club had to meet secretly. The club finally met its demise in February 1735, when a mob invaded a meeting and almost lynched several members. 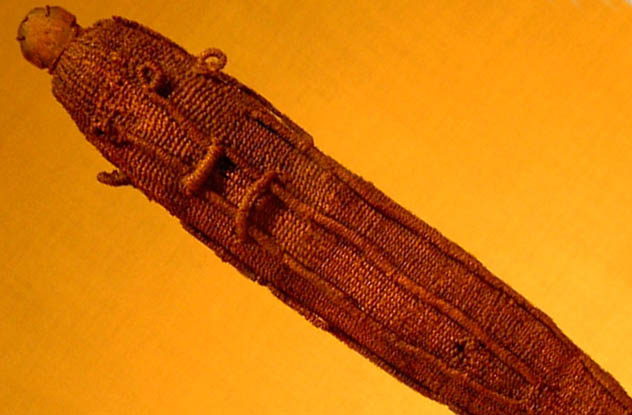 The Arioi was a secret society that existed in Tahiti well before any Europeans found their way to the island. The group dedicated itself to the worship of its patron deity Oro, and it traveled extensively in search of new recruits.

To attract new applicants, members did elaborate ritual dances. Anyone could ask to join, but only the most handsome and beautiful were eventually selected, since the society linked beauty to spiritual prowess.

Members had to memorize their rituals perfectly to be recognized; otherwise, they were mocked mercilessly. In addition, the society preached a very free lifestyle, as evidenced by some of their sexually charged rituals. Their behavior evidently disgusted Christian missionaries assigned to the place, with one describing them as “privileged libertines who engaged in abominable, unutterable, and obscene exhibitions.”

For all their profligate habits, the Arioi had a strict rule that forbade childbirth; children would interfere with members’ duties. They routinely aborted the unborn and killed infants. Parents whose children did survive were demoted within the society.

Christian proselytizing eventually put an end to the Arioi by the 19th century. 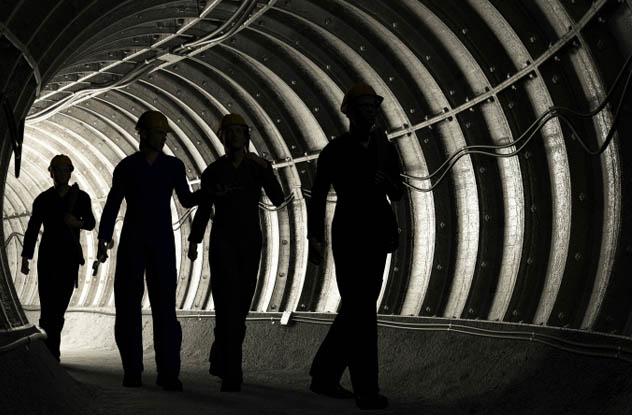 In response to unfair working conditions, Welsh miners in the 1820s formed a secret union called the Scotch Cattle, named for the fearsome breed of Highland cattle. Each mining town in the region had its own chapter, led by a leader called “the Bull.” Together, members intimidated and attacked those perceived to oppose their cause. Their targets were not limited to oppressive bosses; scabs were also fair prey.

The group usually first sent a warning letter to the offending party. If it was ignored, the members—with blackened faces and dressed in cowskins—would invade the unlucky man’s home at midnight and destroy his property. Sometimes, the members would also beat the man; before leaving, the group would always paint a red bull’s head on the vicitm’s front door.

The Scotch Cattle continued its operations until the 1840s, when more organized trade unions took its place.

4The Order Of The Peacock Angel 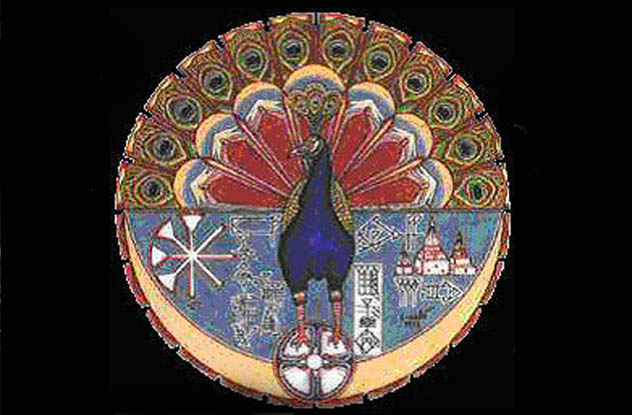 This secret society first formed in Britain in the 1960s, founded on the ancient religious beliefs of the Yezidis—a group that has faced accusations of devil worship from Muslims and Christians alike. The group actually worshiped Melek Taus, the Peacock Angel, represented by either a stone statue of a peacock or by a real live bird.

Members believe that the Peacock Angel has the power to answer prayers, and they revere it accordingly. Their meeting room is usually filled with hallowed images of the Peacock Angel; the altar itself is placed in the middle and contains the main symbol of veneration. Members often do a slow ritual dance around the altar while they silently express their wishes. The dance gradually takes on a frenzied pace as religious fervor builds. It ends in ecstatic bliss, with the members satisfied that they are now filled with the Peacock Angel’s divine power. 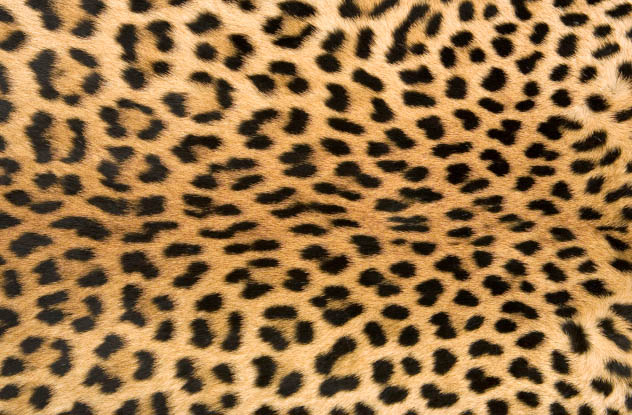 Although it had adherents in East Africa, the age-old bloodthirsty Leopard Society thrived mainly in West African nations such as Nigeria and Sierra Leone. Members of this cult engaged in ritual human sacrifice and cannibalism. Dressed up in a leopard skin and armed with sharp metal claws and teeth, a member would ambush and maul an unwary victim to death. Afterward, the leopard-man collected the victim’s blood and used it to make a potion that he believed would give him supernatural powers.

Following a spate of killings after World War I, colonial authorities in Sierra Leone and Nigeria wrongly thought they had successfully suppressed the cult. The Leopard Society again reared its ugly head after the Second World War, killing more than 40 people. Locals refused to provide any information about the cult because they believed in the leopard-men’s invulnerability. Only after the authorities managed to kill a member in 1948 did several witnesses express their willingness to help.

That breakthrough allowed authorities to find the cult’s hideout, imprison 34 members, and hang another 39. To spread the story that the members were just human, the authorities allowed several local chiefs to view the executions. 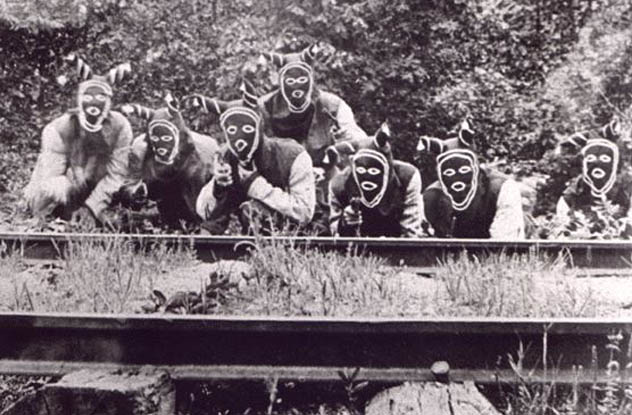 This secret vigilante group sprang up in response to the rampant crime and lawlessness that plagued southwest Missouri after the Civil War. Led by their founder, a hulking veteran named Nat Kinney, the Bald Knobbers of Taney Count—so-called because they held secret meetings above bare mountaintops—proceeded to take the law into their own hands. Wearing their coats backward and sporting odd, horned masks, the Bald Knobbers employed such heavy-handed tactics as whipping, beating, and even killing suspected criminals. Eventually, some Bald Knobbers began to use their membership to protect their own criminal activities.

The group’s notoriety peaked in 1887 when they killed two critics and injured their families. Authorities arrested 20 members and executed four others. A year later, Kinney—who had already left the group before the shootings—was killed by an opponent of the organization. Although minor conflicts continued after that, the Bald Knobbers had effectively reached their end by 1889. 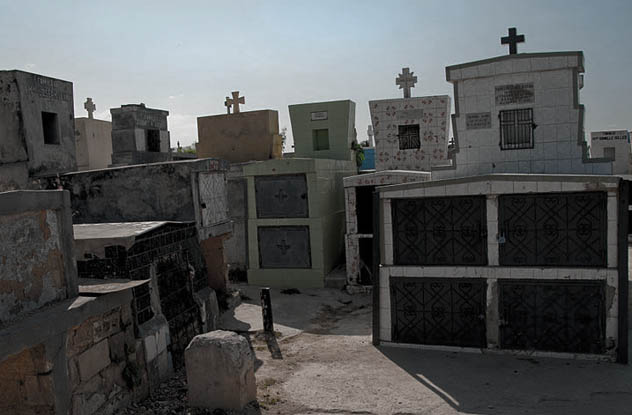 According to Zora Neale Hurston, an African-American author who traveled to Haiti in the 1930s, the Secte Rouge—also known as Cochon Gris or Vinbrindingue—was a secret society that practiced ritual cannibalism and grave robbing. Although she had no firsthand experience with the society, she had three indirect encounters with the cult.

The first occurred in 1936, when Hurston heard an odd beating of drums late one evening. She wanted to go out to investigate, but her house girl warned her to stay inside, or else they’d risk the cult’s wrath. The second time happened when she questioned a man burning rubber tires near her house. The man explained that the tire smoke was to deter the cult members from abducting his child. Finally, she saw militiamen on a secret operation to suppress an unknown group in a remote area of the island.

All this, plus accounts from locals who swore of the group’s existence, painted the portrait of a murderous cult that met at night in a cemetery and engaged in macabre rituals, including waylaying travelers for human sacrifices. 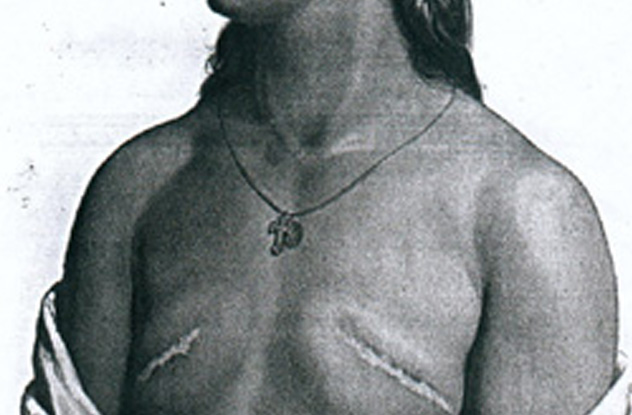 In line with some of the craziest rituals ever performed in the name of religion, the Skoptsy of Russia castrated themselves in the belief that it would lead to salvation. Founded in the mid-18th century by two peasants named Andrei Ivanov and Kondratii Selivanov, the Skoptsy believed that genitals and breasts appeared only after Adam and Eve ate the forbidden fruit; consequently, these organs must be removed to live a perfect life.

Shortly after the group’s founding, authorities arrested the two leaders and exiled them to Siberia. Selivanov managed to escape and traveled to St. Petersburg, where he titled himself the Messiah and claimed to be the reincarnation of Tsar Peter III. His preaching attracted many followers. It also attracted renewed attention from the authorities, who arrested him repeatedly and finally locked him up in a monastery for good.

Selivanov’s incarceration and subsequent death did nothing to dampen the sect’s growth. At its height, the Skoptsy were believed to number more than 100,000 and included members of the Russian elite. Following the Communist revolution, the sect’s numbers drastically declined. Today, it is estimated that there are just over 100 left, most located in the sect’s birthplace.