Several countries have passed laws recognizing the existence of a third or “other” gender, making it seem as if having a sex identity apart from the usual male or female is unheard-of. In certain countries, third or nonbinary genders are only recognized if a person is born with sex traits that fall outside the usual definitions for male and female bodies. Some countries also allow other classifications for individuals with gender identities that are not the same as the sex assigned to them at birth.

However, the existence of other genders is actually normal among some tribes, nations, and religions, which have recognized more than two genders for centuries. In fact, they may identify up to six different genders.

10 The Hijra Of India, Pakistan, Bangladesh, And Nepal 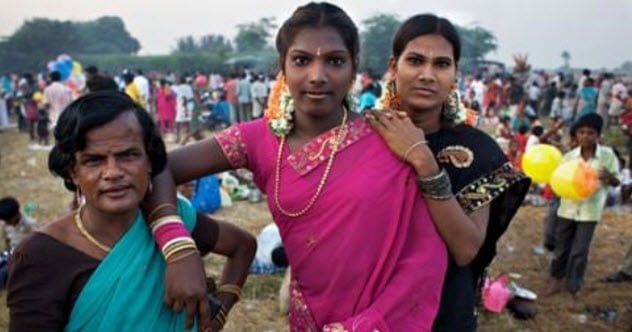 Hijras are men who consider themselves to be women. They behave like women, use makeup, and wear female clothes. They are legally recognized as the third gender in India, Pakistan, Bangladesh, and Nepal. However, not all hijras like this classification and prefer to be categorized as women.

Hijras have been recognized in India for thousands of years and are even mentioned in sacred Hindu writings. However, they fell out of public favor when the British colonists passed a law classifying them as criminals in 1897.

Many went underground, abandoning their communities for areas where they lived together with a woman they regarded as their mother figure. They even developed a secret language, Hijra Farsi, which they used to communicate among themselves.

However, they continued to suffer discrimination, violence, and harassment after the British left. Doctors refused them medical treatment, police officers harassed them, and employers just avoided them. This left many impoverished, forcing them into prostitution.

9 The Muxes Of Mexico 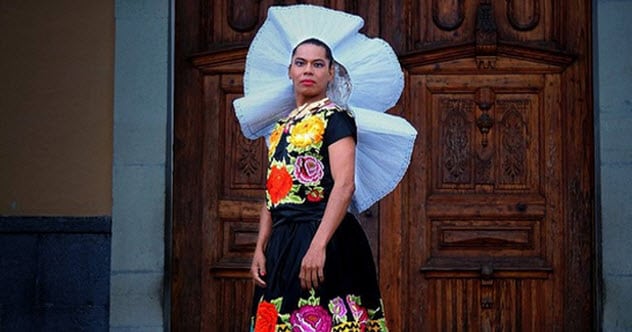 The Zapotec people of Oaxaca, Mexico, recognize the existence of a third gender called muxe. Although they are generally men who identify as women, there is no consensus on what makes a person a muxe, leaving people to determine their personal standards for who qualifies as a muxe and who does not.

Some even doubt whether muxes can be classified as a third gender. Their name, muxes (alternatively spelled “muxhes”), is from mujer, which means “woman” in Spanish. But muxes are not women and refuse to be classified as such. They are not gay, transgender, or bisexual, either.

The Zapotec language complicates this because it is gender neutral. Someone writing about muxes in another language or translating text about muxes to a language that is not gender neutral may have problems determining whether to use “he” or “she.”

Muxes are celebrated in Oaxaca. They even have a dedicated festival, Vela de las Intrepidas (“Vigil of the Intrepids”), which lasts for three days. However, they are not always welcomed in other parts of Mexico where controversies have arisen when they used female bathrooms.[2] 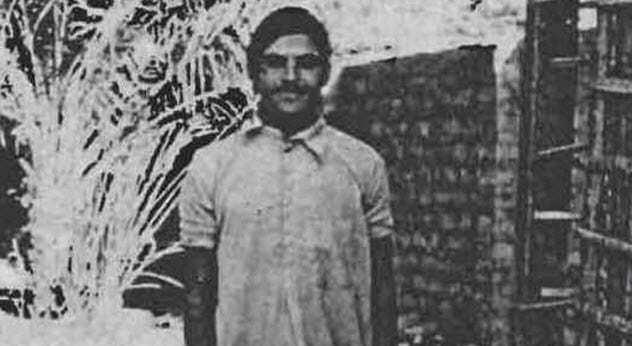 In Oman, the word xanith is used to describe a man who behaves like a woman. Xaniths use makeup, oil their hair, and engage in other activities traditionally categorized as feminine. They are tolerated in the conservative Islamic Oman because of the belief that they inherited their effeminate behavior and do not deliberately behave like women.

Nevertheless, xaniths usually try to differentiate themselves from women. For instance, while men wear plain white tunics and women wear brightly colored, patterned tunics, xaniths wear solid-color tunics. They also keep their hair at medium length, between the shorter hair of men and the longer hair of women.

Usually, xaniths comb their hair diagonally. Men regularly comb their hair from the front to the back, while women comb it from the back to the front. Xaniths sometimes engage in sex with men. However, a xanith would become a man if the xanith married a woman or reached old age.[3]

The oroane and makkunrai fit what was once thought of as the traditional definitions of men and women, respectively. Calabai are men who behave like women. Despite this, they do not like to be considered as women. On the other hand, calalai are women who behave like men. They dress like men, have male mannerisms, and take on traditionally male jobs.

The bissus occupy a position between men and women, even though they are neither. Nevertheless, they dress like men and women at the same time. They are also believed to be half-human, half-deities who have magical powers and can be possessed by spirits. They are even said to be the first creatures to have appeared on Earth.

There are two ways to be a bissu. The first is to be a hermaphrodite, having both male and female reproductive organs. The other is to have a soul belonging to the opposite sex. For instance, a women believed to have the soul of a man is considered a bissu and vice versa. Sometimes, this method allows calalais and calabais to become bissus.[4]

6 The Two-Spirit People Of North America 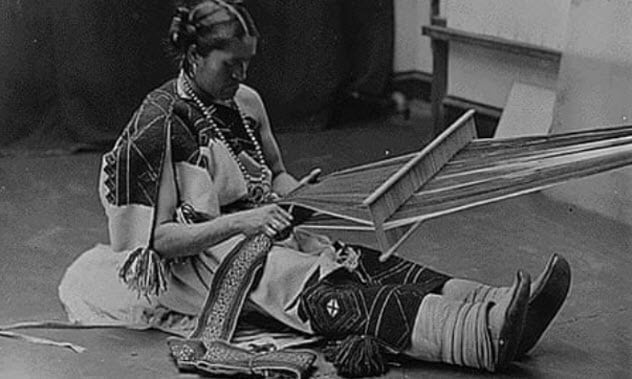 “Two-spirit” is a catchall word for intersex, half-male and half-female, female male, and male female in Native American culture. Generally, anyone belonging to one gender but believed to have the characteristics of the other gender is considered to be a two-spirit. They often do work associated with both genders and are usually considered a good omen.

Male females marry women, while female males marry men. Many of us would consider this to be homosexuality, but Native Americans do not. Female males used to be called berdache. The Spanish colonists that first arrived in the Americas labeled them homosexuals, leading to discrimination against them at the time.

The discrimination continued when Christian missionaries got involved at the beginning of the 20th century, causing many berdaches to commit suicide. Berdaches resurfaced in the 1960s when Native American and gay activism gained a foothold in the US. In the 1990s, they dumped the already-abused berdache name for two-spirits.[5]

5 The Six Genders Of Classical Judaism 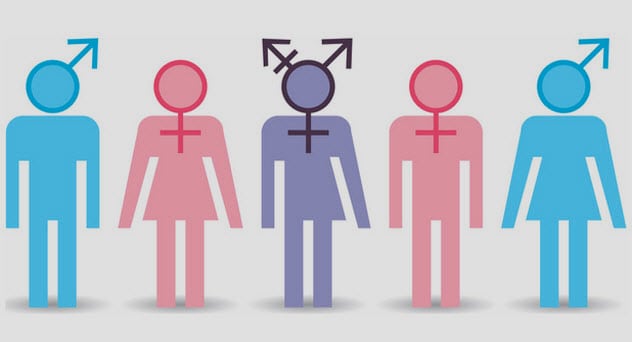 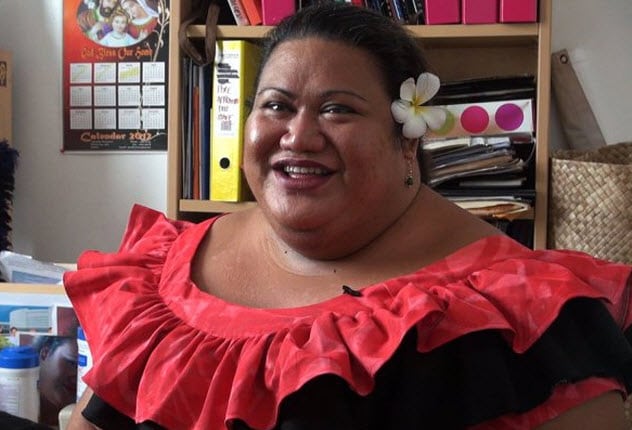 The people of Samoa recognize a third gender called fa’afafine. The term refers to boys raised as girls. This is very evident in their name. In Samoan, fa’a means “in the manner of” while fafine means “woman.”

Fa’afafines categorize themselves as a distinct gender and refuse to be identified as transgender or homosexual because those terms describe males and females. They take up the gender and sexual roles associated with women, although they can also get into relationships with women and other fa’afafines.[7]

Fa’afafines are believed to be born that way, although some boys could be deliberately turned into fa’afafines. It is not unusual for parents with many male children and no female children to raise one of the boys as a girl. This conversion will usually lead to abuse.

If the boys refuse, their parents will insist that they are girls and continue to raise them as such. If the boys accept the conversion to fa’afafines, other boys, including their brothers, will strip, tie, and beat them back into masculinity. Some boys will even turn to male sports like football to prove that they are men and not women. 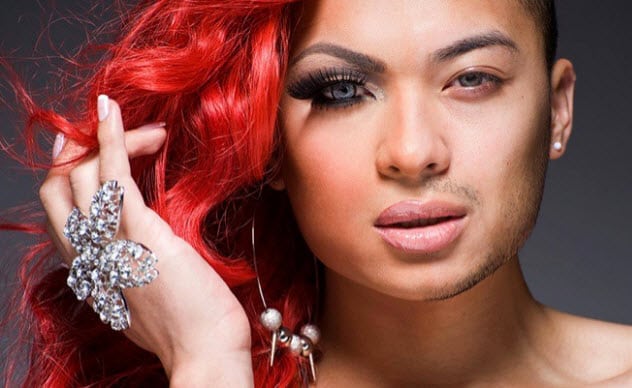 Madagascans recognize the existence of a third gender called sekrata. These individuals are boys who are raised as girls and grow up to become women. Sekratas usually have feminine characteristics, causing many people to assume that sekratas are women in a man’s skin.

Sekratas believe they are women. They talk and behave like women. They also wear long hair and jewelry and avoid male activities like joining the army and herding cows. Sekratas are usually feared and are believed to have magical powers. It is believed that they can curse people who insult them.[8]

2 The Guevedoces Of The Dominican Republic 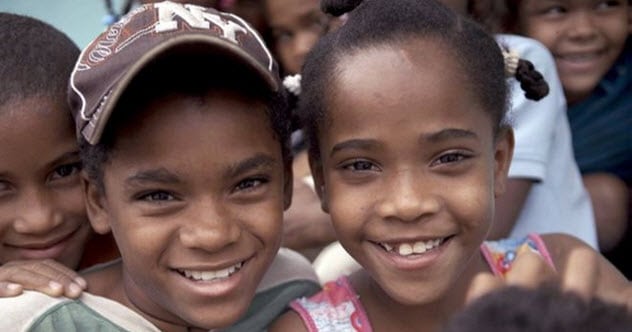 Some tribes in the Dominican Republic recognize a third gender called guevedoce (“penis at 12”) that does not have a visible penis at birth. In these cases, the penis looks more like a vagina, causing the parents to believe that their baby is a girl. These children are given feminine names and raised as girls until their penises suddenly appear when they reach puberty.

In the 1970s, Dr. Julianne Imperato-McGinley of Cornell Medical College traveled to the Dominican Republic to investigate the condition after hearing rumors of girls turning into boys. She discovered that the boys actually had hidden penises caused by a genetic disorder that made their bodies produce insufficient amounts of the enzyme 5-alpha-reductase.

5-alpha-reductase turns testosterone into dihydrotestosterone, a hormone which causes embryos to have penises. Without this hormone, the embryos have vaginas. The penis only appears during puberty because the body produces more testosterone at that time, causing the development of masculine features.

However, some guevedoces do not like the sudden sex change and undergo sex reassignment surgery to remain women. Dr. Imperato-McGinley also noted that boys suffering from the condition always have small prostates. Further research by pharmaceutical company Merck led to the development of finasteride, a drug used to treat enlarged prostates in men.[9] 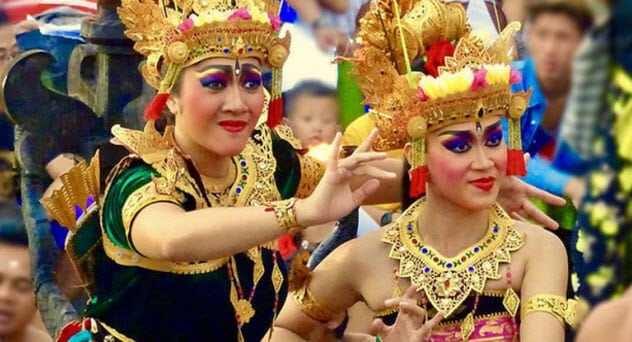 Warias are men who live their lives as women. They are believed to have feminine souls even though they have male sex organs. Their name is a hybrid of wanita (“woman”) and pria (“man”).

Some warias undergo sex reassignment surgery to become women. Others leave their male characteristics but take on effeminate behaviors. However, Indonesians have mixed feelings about the warias. Some believe that they have spiritual powers and will often employ them as priests and shamans.

Others will discriminate against and attack warias. In hostile environments, they may be stripped, harassed, and beaten—and sometimes have their heads shaved—before they are banished. With no source of income, many turn to prostitution.[10]

Read more enlightening facts about other genders on 10 Examples Of Nonbinary Genders Throughout History and 10 Enlightening Facts About Gay And Trans People.