As we have previously discussed, fringe theories contain premises and ideas that radically differ from the mainstream point of view. As a result, founders and believers of fringe theories often end up as objects of ridicule. While it’s true that fringe theories generally sound crazy to conventional-thinking people, some are backed by just enough evidence (or convincing arguments) to almost make us wonder if it’s all real. 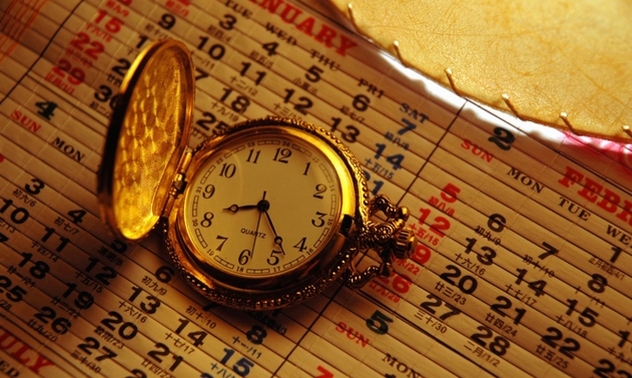 While similar to Heribert Illig’s Phantom Time Hypothesis, this fringe theory by Russian mathematician Anatoly Fomenko takes the issue of time forgery to even more insane heights. Whereas Illig’s hypothesis drops approximately 300 years off the calendar, Fomenko asserts that 1,100 years of history have been a total sham, thanks to the machinations of churchmen in the 15th and 16th centuries. Using a method he called “empirico-statistical analysis,” Fomenko arrived at the conclusion that ancient history was really just a distorted version of Medieval events.

According to Fomenko, Jesus Christ Himself lived during this period, and it was His death that sparked the Crusades. Fomenko also saw Jerusalem as an allegory of either Constantinople, or even ancient Troy. In effect, Fomenko’s theory also extended to other timelines, as evidenced by his portrayal of King Arthur as a Russian prince who once reigned over Britain. So far, Fomenko and his believers continue to work on their theory, despite being criticized by mainstream historians and scientists for their unconventional methods and views.

9The Japanese Are One Of Israel’s Lost Tribes 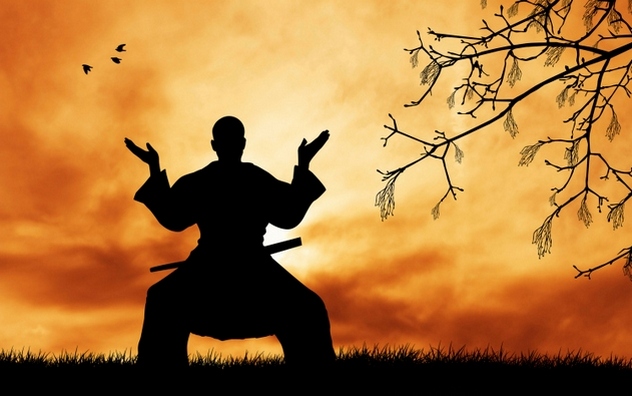 If you’ve read the story about Jesus’s tomb being in Japan—or about the crazy cult that believes that the ancient Japanese taught the Jews to speak Hebrew—then you probably know where this is going. According to this theory, the British aren’t the only ones descended from the Lost Tribes of Israel—the Japanese are as well.

Believers adhere to the view that, after the disintegration of ancient Israel, some survivors traveled east and eventually settled in present-day areas of the Middle East, Central Europe, and South and Southeast Asia. Some journeyed even further, until they finally reached the Japanese islands, where they established the Shinto religion and the emperor system. Gradually, more members of the Lost Tribes, and even Eastern Christians, immigrated to Japan and assimilated with the original settlers.

To back up this claim, proponents state that the narrative of ancient Japanese history essentially mirrors the Jewish one. For example, the lives of the Israeli kings—Saul, David, and Solomon—became known in Japanese history as those of emperors Chiuai, Sujin, and Suinin. They also point out similarities between the customs and ceremonies of the Jewish and Shinto religions. 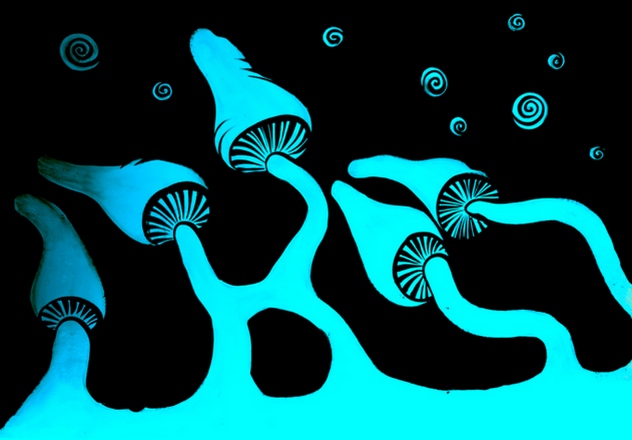 If psychedelic plants have the ability to induce a veritable religious experience, then surely they could also have been instrumental in fast-forwarding our ancestors’ evolution? According to the “stoned ape” theory by American author and philosopher Terence McKenna, after our ancestors climbed down from the treetops, they began eating psilocybin mushrooms that thrived in the waste of cattle—a move that sped up their evolution. Regular consumption of these entheogens presumably enhanced the cognitive abilities of our ancestors and helped them talk and think logically.

These abilities supposedly then deteriorated over thousands of years. Our ancestors moved on to other sources of food, resulting in modern humans reverting to a comparatively primal state. McKenna based this theory mainly on his own experience—during his lifetime, he personally indulged in numerous psychedelic substances. While undoubtedly outlandish, this was by no means the only crazy evolutionary theory about our ancestors . . . 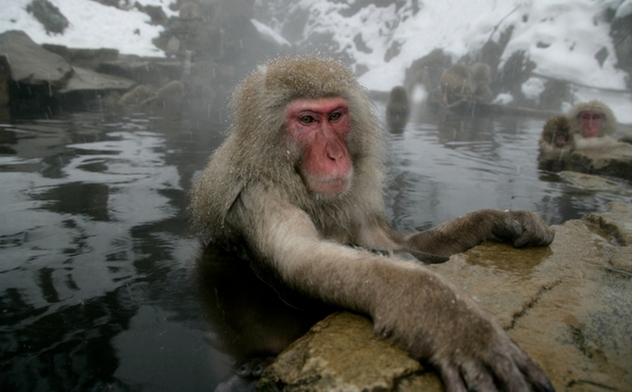 First formulated in the 1960s by British marine scientist Alister Hardy, the “aquatic ape” theory maintains that our modern human abilities are the result of our ancestors’ amphibious existence. To search for food, our ancestors developed an upright posture that enabled them to use their hands while wading into deeper waters. To fight the cold temperature, their bodies eventually became covered with subcutaneous fat. These physiological features, plus a few others (enlarged brains, empty sinuses, and descended larynxes), constitute concrete proof for supporters of the theory.

However, the theory was heavily derided in its infancy by the mainstream scientific community. It has since been resurrected to become a hotly debated topic among modern scholars.

6Beer Started The Birth Of Agriculture 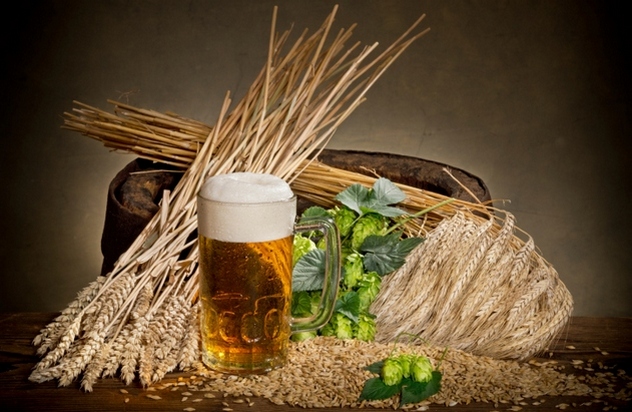 Not too long ago, we discussed how agriculture may have adversely affected human society. The spearhead of this transition? Beer. According to a theory first formed by archaeologist Brian Hayden in the 1950s, our early ancestors began brewing and drinking beer as a way of forming relationships within their ever-expanding communities. Eventually, this custom led to even more complex and intertwined relationships—essentially the forerunner of today’s society.

Another archaeologist, Patrick McGovern, proposed something far more radical. According to McGovern, beer itself was actually the primary reason our ancestors settled down in the first place. McGovern believes that early hunter-gatherers accidentally became addicted to the intoxication caused by eating fermented fruit. McGovern adds that our ancestors—despite not knowing chemistry—were perfectly capable of manufacturing beer through constant experimentation. And maintaining a steady supply of booze required relatively intensive farming techniques that were incompatible with the nomadic hunter-gatherer lifestyle. Aside from that, McGovern argues that alcohol consumption was important to our ancestors, mainly because the high sugar content gave them the energy they needed to survive in places with scarce resources. From that viewpoint, the discovery of beer was an evolutionary success. 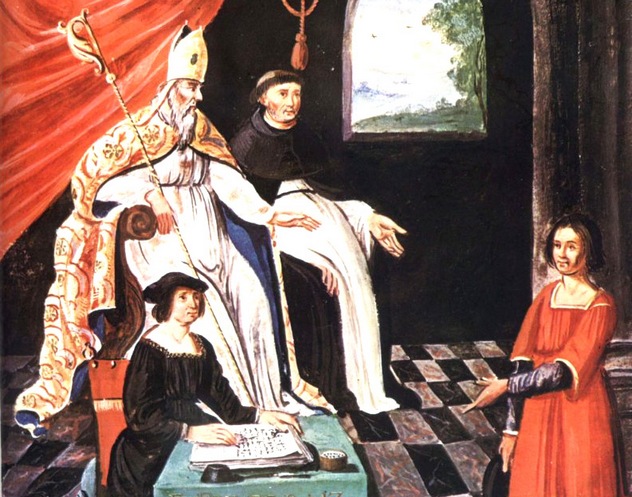 We’ve covered Gilles de Rais’s horrific crimes too many times already. Instead, let’s discuss the controversial view that this notorious French serial killer was himself the unfortunate victim of a vast conspiracy to steal his wealth. As a member of the French nobility, Gilles de Rais held a huge fortune, including vast tracts of land in Brittany. After his execution, his main detractors—the Bishop of Nantes and the Duke of Brittany—seized his assets and divided them among themselves. The Duke even appropriated Rais’s wealth while the trial was still ongoing. The farcical nature (torture, wild testimonies, and so on) through which medieval trials were conducted also gave credence to this notion.

In 1992, a group of scholars conducted a reenactment of the infamous trial, in order to test this theory. After exhaustively studying the case, they claimed that Gilles de Rais was truly innocent—a “victim of circumstantial evidence.” 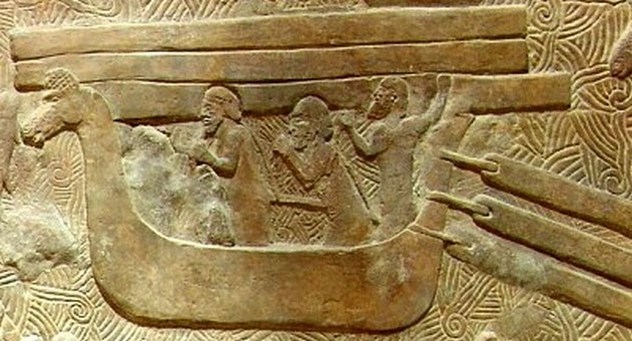 Some believe that the ancient Phoenicians were the first people to ever successfully set sail to the Americas, allegedly reaching the east coast of Central America more than 2,000 years before Columbus. Supporters of this idea state that the Phoenicians certainly had the means to carry out transatlantic voyages. They possessed excellent sailing skills and built bigger ships than the ones used by Columbus. In addition, the Phoenicians proved that they could complete long voyages by accomplishing what is believed to be the first recorded circumnavigation of Africa, in 600 B.C.

This feat was verified by sailor Philip Beale. In 2008, the Briton used an exact replica of a Phoenician ship to successfully circumnavigate the continent. Currently, Beale is planning to cross the Atlantic with another replica, in a bid to prove that the Phoenicians could have made it all the way to America. 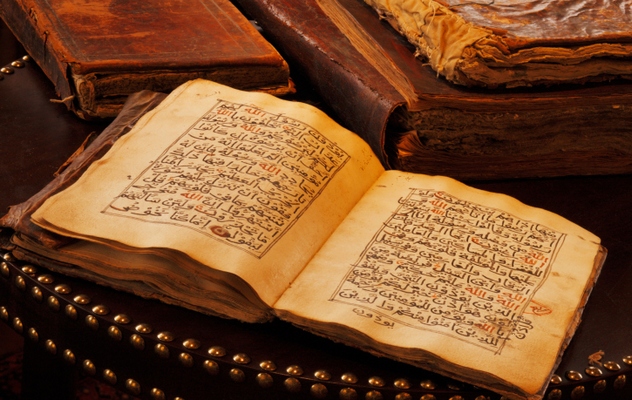 Similarly to the Christ Myth, this theory holds that the founder of Islam never existed at all. Historians such as Robert Spencer and, more recently, Sven Muhammad Kalisch cite several historical inaccuracies that give weight to this theory. The strongest argument is that the records of Muhammad’s exploits, the Quran, and Islam only became known to the rest of the world long after the birth of the religion. They found that coins, monuments, and other artifacts of that period barely mention anything about Muhammad and Islam.

So if Muhammad never really existed, who had invented him, and why? Kalisch explains that the newly emerged Arab empire combined Jesus and Moses in order to create a unifying symbol for its people (Kalisch also believes the Islamic conquests never happened). Muhammad became the figurehead for the Arabs, the new “Chosen People.” Additionally, Kalisch states that the Quran itself heavily paralleled the Christian and Jewish texts. One example is Moses’s Exodus, which later became Muhammad’s flight from Mecca. 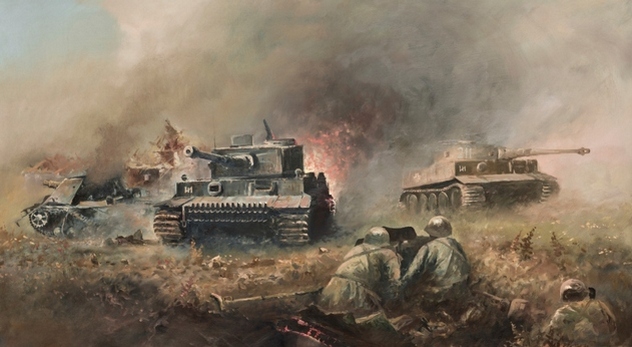 Official history teaches us that during World War II, Nazi Germany acted as the aggressor against its erstwhile ally, the Soviet Union. The Nazi invasion, code-named “Operation Barbarossa,” caught the Soviets totally off guard, since they did not expect the Germans to attack. But is all of this true?

According to some revisionist historians, most notably a former Soviet intelligence officer named Vladimir Rezun, Stalin’s mobilization of millions of men across the country’s European borders was not a defensive one. They allege that the Soviets had prepared a massive invasion force, ready to strike Nazi Germany first. Hitler—who got wind of the plan—had no other choice but to launch a preemptive strike.

So far, this unconventional view has sparked great controversy. Supporters of this theory claim that documents exist pointing to the Soviets discussing an attack on Germany. Likewise, an alleged speech by Stalin supposedly indicates that he hoped that Germany’s war with Britain and France would leave the three countries exhausted, consequently making them easy pickings for the Soviets.

1The Theory Of Universal Forgery 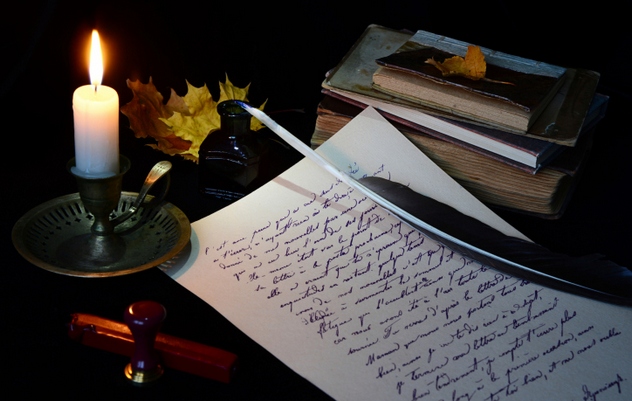 Formulated by French librarian Jean Hardouin in 1693, this theory holds that a shadowy group had forged numerous ancient Greek, Roman, and Latin texts during the 13th and 14th centuries. Not only that, he contended that the Bible, particularly the New Testament, was originally written in Latin. Hardouin arrived at this conclusion after he had supposedly found numerous mistakes in the ancient and classical texts.

At first, Hardouin named the Benedictines as the main culprits behind the forgeries. Later on, he claimed that the followers of a mysterious figure named Severus Archontius (an allusion to Frederick II of the Holy Roman Empire) perpetrated these false documents. According to Hardouin, this group hoped to sway the masses back to Paganism by writing pro-paganistic texts and passing them off as genuine historical literature. Remember the Latin Bible? Hardouin believed the group had created the Greek versions solely to corrupt the people—a plan foiled only by the timely distribution of the Latin version.

Although his fellow scholars tried their best to accommodate Hardouin’s theory, his constant push for these radical views eventually turned him into an outcast in the scientific community. 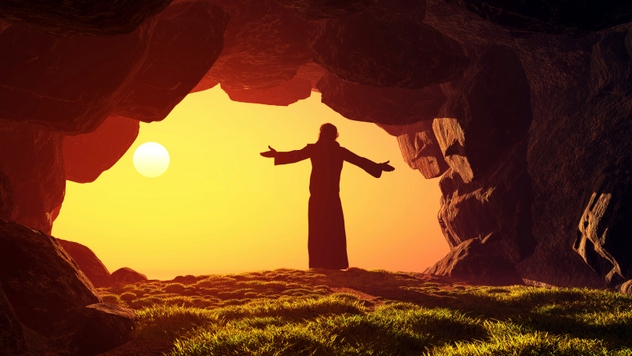 The mere mention of Jesus is usually enough to provoke a whole slew of controversies, directly or indirectly tied to Him. According to the so-called “swoon theory,” Jesus had merely fainted from His injuries or drank a drug that made Him lose consciousness. After His “death,” He escaped the tomb on His own or with the help of His disciples. This hypothesis was started in the 19th century by Karl Bahrdt, Karl Venturini, and a handful of other theologians. The theory continues to thrive today among some skeptics, and among believers of other religions, most notably the Ahmadiyya Muslim community.

The majority of the scholars have so far rejected this theory, and cited the many medical improbabilities required for Jesus’s escape. However, supporters of the theory bring up three counter-arguments that could have helped Jesus survive his ordeal. For one, His crucifixion was too brief (around six hours) to ensure certain death. Second, His disciples took away His body quickly, and prepared His burial in secret. Finally, even though the Gospel of John states that a Roman soldier speared Jesus’s side, it is the only gospel to mention it; the three other gospels that preceded it never bring up the incident.