It’s fun to look at famous historical events from another angle; you never know what kind of new information and insights you can get. Some might be undoubtedly crazy and some might be remotely possible, if not actually true. Let’s go through some famous happenings throughout history—only this time, we’ll be looking at them from another viewpoint.

10 The Ancient Romans Were Actually Prudes 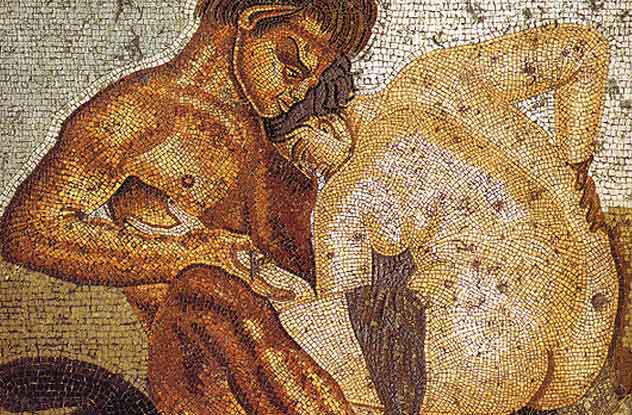 Popular belief says the ancient Romans indulged in all manner of sexual depravities, but they were one of the most prudish societies ever. It was actually very offensive for couples to engage in open displays of affection during the time of the Roman Republic—one senator even ended up being driven out of the Senate after he kissed his wife in public.

Sex during the day was frowned upon; sex was reserved for the night. During the act, no light from candles or lamps was allowed (it was considered bad taste), and the woman could not get fully naked (doing so was considered immoral). In fact, the ancient Romans only became more sexually adventurous after they assimilated Greek culture.

So whose fault was it for this grossly exaggerated portrayal of Roman sexuality? According to Blanshard, aside from modern profligates who used the myth to excuse their own lifestyle, Christianity was largely responsible. Early Christian writers, in promoting their religion, often wrongly used Roman satirical pieces as their sources when they wrote of the Roman way of life. For them, attacking the supposedly debauched Roman lifestyle became the perfect way to attract new recruits into their growing religion.

A mechanical man who helped sign the Declaration of Independence? Check out more in Alternate Histories of the World at Amazon.com!

9 We Were Better Off As Hunter-Gatherers 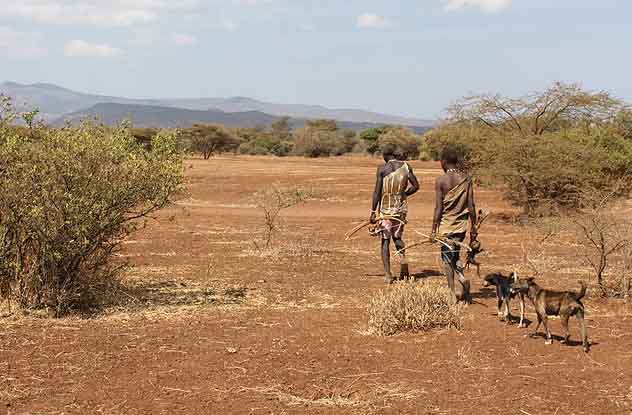 Despite the notion that they led bleak lives before discovering farming, our ancestors actually prospered just by hunting and gathering. They had relatively short hours of work, healthier diets and less chronic illness.

For evidence, scientists looked at the skeletal remains of ancient hunter-gatherers in Greece and Turkey. A height deficit occurred after the species shifted to farming. Grains and domesticated livestock had a huge hand in introducing new disease. Evidence also suggests that humans shrank drastically after the shift to agriculture.

Agriculture introduced social inequality. For the first time, a farmer with good land could hire workers, get rich, and expand his territory, until he eventually became a ruler. The status of women also spiraled downward in agricultural societies. Whereas they once worked together with men in hunting and gathering food, farming relegated women to the domestic role of producing children and maintaining the home. 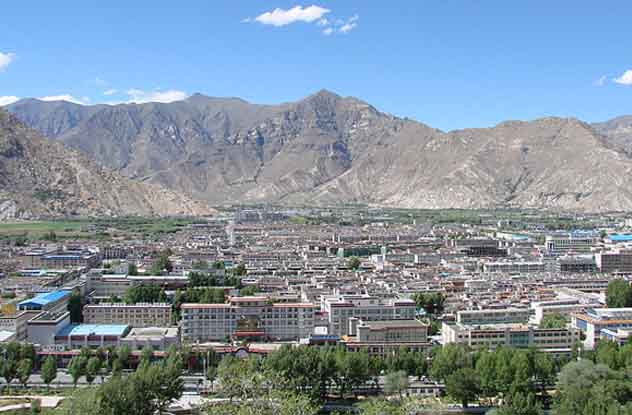 According to the Chinese, their “liberation” of Tibet in 1950 brought the Tibetans better infrastructure, education, and medical care. Ignoring the bloody protests and human rights issues, the Tibetans are now better off than they were before the Chinese came along.

While this may sound like an awful attempt at propaganda, some independent historians contend that pre-Chinese Tibet, far from being a Shangri-La, indeed looked more like medieval Europe. The peasant population toiled in fields controlled by monks and aristocratic families.

At the top of the pyramid were the lamas. Contrary to their reputation as peaceful religious leaders, these men historically ruled the country in an iron-fisted manner for centuries. They kept thousands of slaves and owned vast amounts of land. Oppressive rules and brutal punishments often marked their reign; one Dalai Lama even ordered that serfs who attempted escape should have their hands chopped off and their eyes gouged out.

Tibet’s past isolationism has so far made it difficult for historians to verify its real history. For now, debates are still ongoing as to whether Tibet was heaven on earth or a living hell. 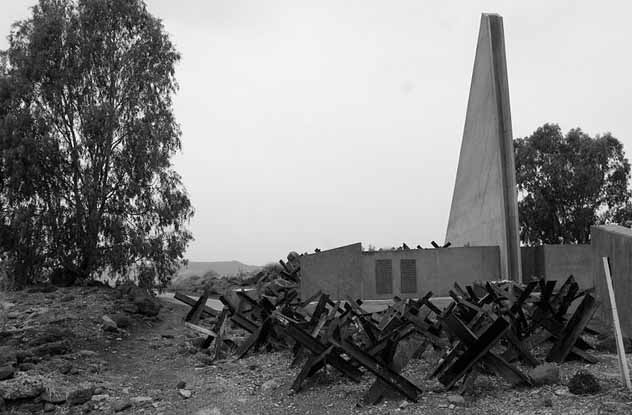 We have previously discussed how the Soviet Union almost invaded Israel during the Six-Day War. We also briefly mentioned that the war was just one big ruse by the Soviets to destroy Israel’s nuclear capability. According to historians Isabella Ginor and Gideon Remez, the Soviets had their Arab allies provoke the Israelis into attacking them first. The war would be the perfect smokescreen for the Soviets to send in their newest jet—the Mig-25 Foxbat—to destroy Israel’s nuclear stockpile in Dimona. Only Israel’s swift and overwhelming victories over the Arabs ended Soviet hopes of destroying Israel’s nukes.

While the whole story may be too incredible to believe, the Soviets really did mobilize their forces for war against Israel. A retired Soviet navy officer verified that that he and his men had been ordered to occupy Israeli harbors upon the commencement of hostilities. A Russian air force colonel also allegedly confirmed that Mig-25 Foxbats conducted surveillance missions on Israel’s suspected nuclear facilities in Dimona.

6 The US Provoked Japan Into War 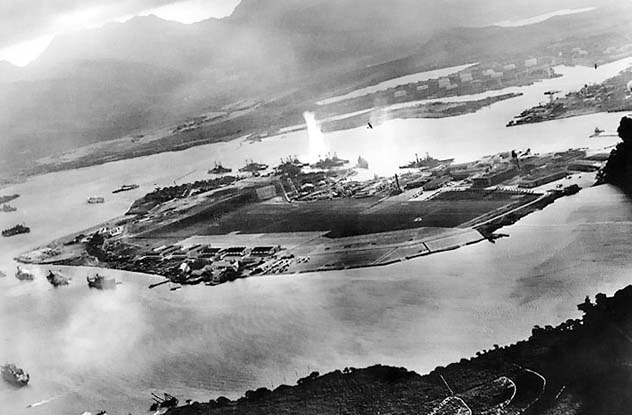 We have all heard this question a million times: Did the US have advance knowledge of Japan’s attack on Pearl Harbor? Similarly, why on earth would Japan attack the US—an economic and military giant that even some Japanese leaders acknowledged would inevitably crush them?

If some sources are to be believed, President Roosevelt’s administration started it all. FDR, to secure public favor for a war against Germany, imposed severe embargos and sanctions that crippled Japan’s economy, leaving the Japanese no choice but to attack the US. What makes this conspiracy plausible is the existence of the McCollum memo.

The memo, written in 1940 by naval intelligence officer Arthur McCollum, recommended eight ways for the US to provoke Japan into war. While no compelling evidence exists that the memo ever reached FDR, McCollum’s two superiors who reviewed the memo did serve as FDR’s close aides.

5 Hitler Feared The French And Admired The British 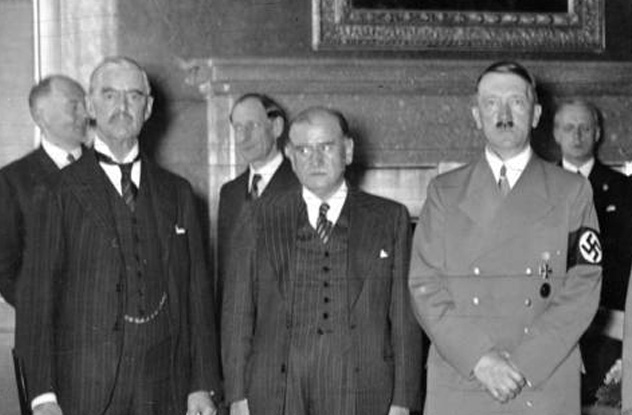 Hitler was no peacenik, but he actually exhibited a very healthy fear of the Anglo-French alliance. In fact, during the re-occupation of the Rhine, Hitler famously ordered his generals to sound a retreat at the faintest sign of French resistance. Hitler also admired the British for their ability to maintain such a large empire. He made repeated peace overtures to the British, even in the course of the war.

The Fuhrer showed genuine surprise at the two nations’ declaration of war after Germany invaded Poland. After the declaration, he reportedly reproached his foreign minister and asked, “What now?” Alas, the Allies were too slow to move. Hitler got over his initial shock and escalated his efforts. 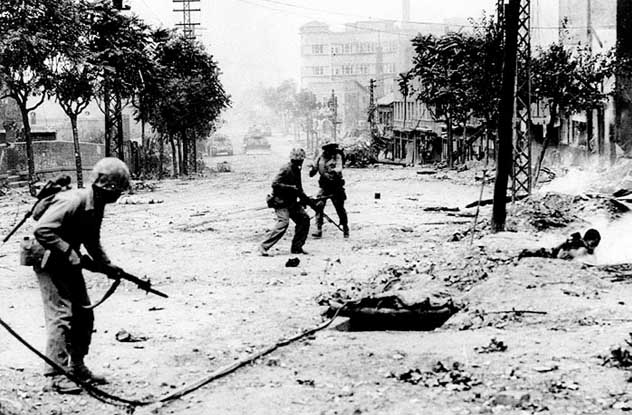 History teachers say that the Korean War began due to the North’s unprovoked invasion of the South. However, they conveniently forget to mention the that South Korea had an equal role in building up the conflict.

In the years after World War II, tensions between the two Koreas simmered to an all-time high, with the North and South responsible for an equal number of incidents. South Korean President Syngman Rhee (who was as insanely dictatorial as his northern counterpart) wanted to unify the two Koreas, by force if need be. His government routinely issued threats of war, and its armed forces regularly raided North Korean territory.

3 The Atomic Bombings Were Unnecessary 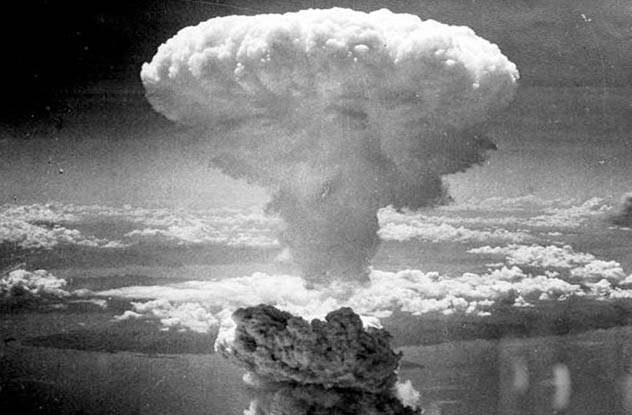 We’ve covered how a World War II plan to invade Japan almost went into effect—and would have resulted in the deaths of millions of Americans and Japanese. Only the atomic bombings of Hiroshima and Nagasaki stopped even greater bloodshed. But were they really necessary?

A month before Germany surrendered, Japan was already sending a series of secret messages to the Allies signifying its intent to surrender, with the condition that the Emperor remain untouched. The Allies rejected the condition, and the US went ahead and dropped the bomb. In a bitter act of irony, they did end up letting the Emperor keep his place among the Japanese when the war ended.

So why the need for the atomic bomb? For revisionists, the US wanted to instill fear in the Soviets and contain the growth of communism. If this was indeed the case, the move turned out counterproductive. It inspired the Soviets to fast-track their own atomic program. They successfully detonated their own bomb just four years after the end of the war.

2 The Mongols Preferred Surrenders To Massacres 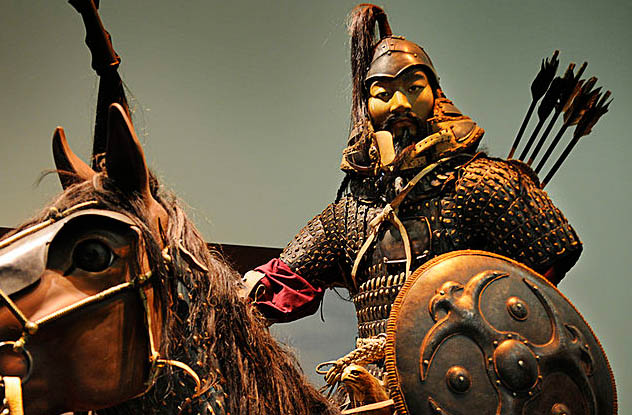 People assume the Mongols were bloodthirsty barbarians who killed millions of people during their rule. Though the Mongols did kill lots of people, reports of the death tolls were often greatly exaggerated by those who feared them. In one account, the Mongols supposedly massacred two million people in Herat, a small city located today in Afghanistan. At the time, the entire population of the region’s larger capital of Samarkand actually numbered just 200,000.

These inflated body counts suited the Mongols just fine. As their empire expanded, they began to use propaganda to supplement their overstretched numbers. They encouraged accounts of their atrocities. More often than not, the plan worked like a charm. It let the Mongols frequently enter cities with zero resistance—saving lives as a result.

1 The British Were Never Going To Win The Revolutionary War 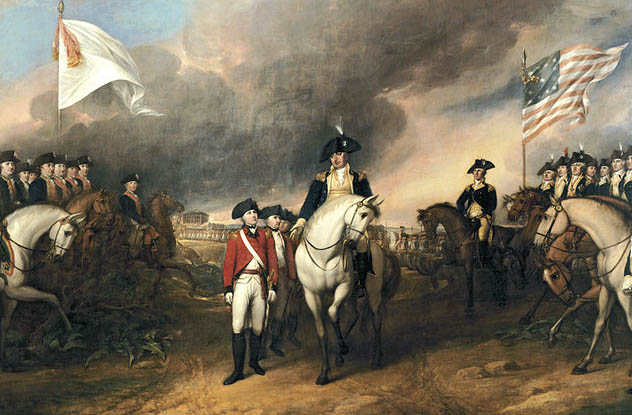 Hollywood portrayals of the American Revolution depict the colonials as plucky underdogs going against a British powerhouse, but the roles couldn’t have been more reversed. In reality, it was the British who were heavily outnumbered and outgunned.

At the start of war, the British army was already undermanned and overextended in protecting the vast empire’s other possessions. Against a force of less than 40,000 British soldiers stood 250,000–375,000 colonials who supported the Revolution. Additionally, the British had their hands full against a combined French-Spanish-Dutch alliance. The alliance provided the colonials not only with funds and arms but a naval presence against the vaunted royal fleet.

Though the British were indeed a force to be reckoned with, they had to “win it all” to win the war. On the other hand, all Washington had to do was survive, keep fighting, and convince the King and Parliament that the war was ultimately futile.