It’s easy to take the amount of information we have at our fingertips for granted. For example, everyone reading this could describe the Mona Lisa even if they have never seen it, thanks to the Internet and TV. But imagine going back in time and trying to describe something like a lion or an elephant to someone who’d never seen one.

Here are 10 examples of people from history mistaking famous animals for mythical beasts, weird hybrids, or creatures pulled from their own twisted imaginations. 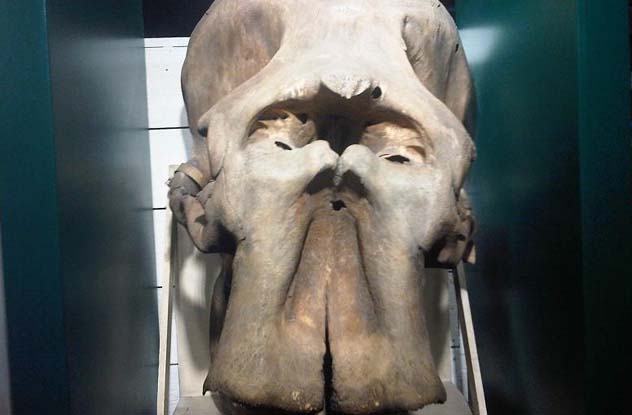 We rarely think about what animals look like underneath all that fur and skin. For example, did you know that an elephant’s skull has a huge hole right in the middle?

It’s easy for us, as people who know what an elephant looks like, to realize that the hole marks the location of the elephant’s trunk. However, the ancient Greeks didn’t have the luxury of that knowledge, so when they found the giant skulls of an elephant’s prehistoric relative, Deinotherium giganteum, they made the only assumption they could: It belonged to a giant one-eyed man.

Author Adrienne Mayor suggests that the bones and skull of this early elephant paved the way for the myth of the Cyclops, along with tales of other mythical animals. It may seem silly now, but an ancient Greek probably wouldn’t have thought it any less plausible than a giant four-legged beast with a nose the length of its body. In fact, when more artists from the Middle Ages were tasked with drawing an elephant from such a vague description, they came up with creatures as implausible as the cyclops.

9 The Elephant Of The Speculum Humanae Salvationis 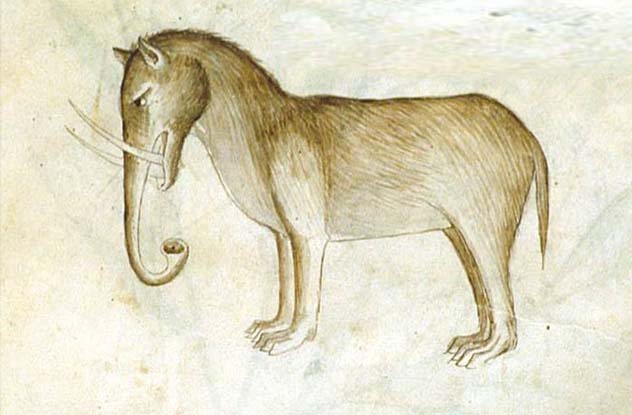 The Speculum Humanae Salvationis (“Mirror of Human Salvation”) was an anonymously authored book from the Middle Ages featuring cute little poems based on stories from the Bible. The book was popular for about 200 years, and it was republished dozens of times in several languages with art from unnamed artists.

One particularly popular story from the manuscript is that of Eleazar Avaran, a soldier crushed to death by an elephant during the Maccabean Revolt of 160 B.C. Many artists took it upon themselves to draw this heroic act, despite the handicap of never having never seen an elephant in their lives.

Browse the various artistic depictions to see just how severely the artists missed the mark. Interestingly enough, the one thing they managed to get right was the elephant’s trunk, which is better than the Greeks fared. 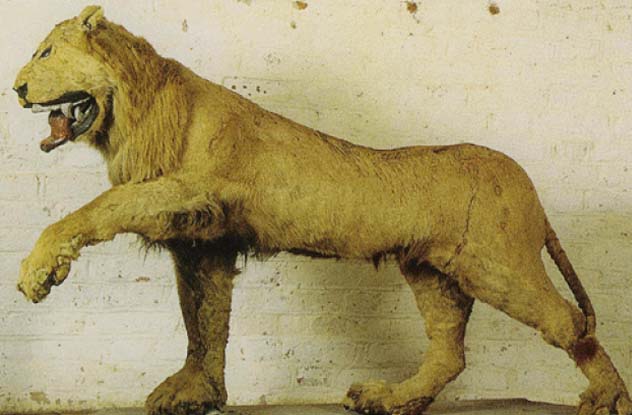 Lions are one of the most famous big cats—there was a point in time where you couldn’t even watch a movie without a lion roaring directly at your face. Go back to 1731, though, and it was a different story.

Although the images of lions were prevalent on coats of arms, they were still a strange, almost mythical beast to most of the Western world. So when King Frederik the First of Sweden sent a lion to his local taxidermist, the subject had virtually no idea what animal he was being asked to mount. The end result was a cartoonish caricature of a lion that wouldn’t look out of place in a KISS-themed Disney movie.

The story is possibly apocryphal—every current source leads back to a single Swedish blog, leaving the full details nearly impossible to discern.

7 The Platypus No One Believed Was Real 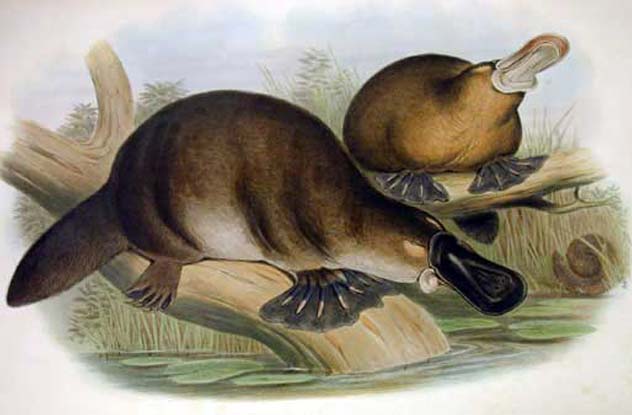 Even when you know that the platypus is real, the animal is still almost unbelievable. It’s a mammal, but it lays eggs, and it’s also venomous and has a ridiculous duck bill.

With all that in mind, it’s not hard to imagine that when the creature was first encountered, it received a healthy amount of disbelief from naturalists. One expert, George Shaw, even wildly attacked a stuffed platypus with scissors to prove it was fake. The specimen in the British Museum still sports stylish scissor marks as an eternal testament to man’s skepticism. 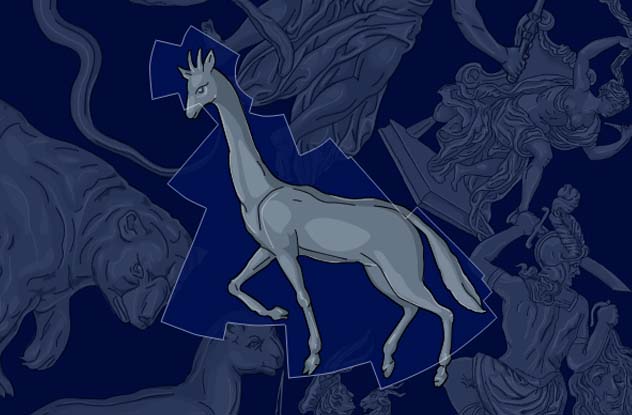 “Camelopard” (sometimes written as “camelopardalis“) is the name coined by the ancient Romans for the humble giraffe. They named it under the false assumption that the creature was an unusual cross between a camel and a leopard.

It’s not clear whether they thought the two creatures had mated to create a giraffe or if they believed one of their more mischievous gods was responsible. What we do know is that the Romans loved camelopards. Among the Roman elite, the creature enjoyed a reputation as a strange and gentle beast so timid it could be led around with nothing more than a simple string.

You can forgive the Romans for thinking that the giraffe was somehow related to the camel. Both creatures are large quadruped mammals with long spindly legs. The Romans also, for some reason, thought that the ostrich resembled a camel. In fact, famed Roman naturalist Pliny the Elder openly referred to the ostrich as “struthio camelus” (“camel bird“) in his works. 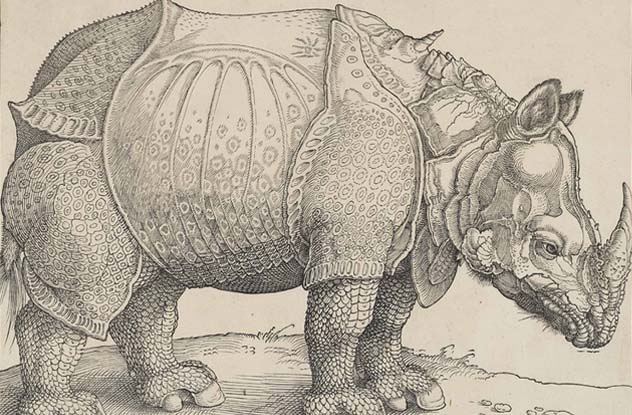 Albrecht Durer was a 16th-century German artist hailed as a celebrity throughout Europe for his drawings—which, due to the advent of woodcut printing, were freely available for purchase throughout the continent. One of Durer’s more famous drawings is his etching of a rhinoceros, a creature Durer never laid eyes on.

The only reference Durer had for his drawing was a sketch and a letter detailing the animal’s dimensions. Durer’s version therefore turned out considerably more elaborate than the real thing. Everything about it is exaggerated to the point of hilarity. For example, its thick, leathery skin is drawn to look like armor plating, and its horn looks like a ceremonial dagger.

We don’t know why Durer drew the rhino like this, but we think we’re all better people for having laid eyes on it. 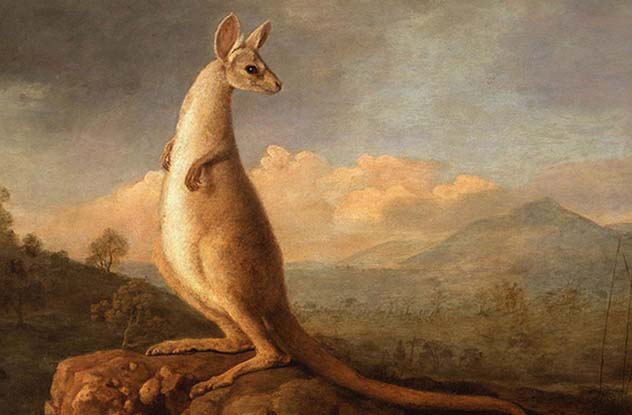 The kangaroo has symbolized Australia ever since it was first seen (and shot) by naturalist Sir Joseph Banks in 1771. Banks had been aboard the HMS Endeavour on its research voyage to Australia. Upon seeing the kangaroo, he knew it had to be documented, which meant it had to be killed.

When the Endeavour returned to England, slain kangaroo in tow, Banks asked eminent painter George Stubbs to paint the animal for his records. Despite having an actual specimen to base his drawing on, Stubbs painted the creature with amusingly stubby arms, an overly long tail, and a mouse-like head.

Regardless of how off the dimensions were, Stubbs’s drawing was still considered good enough for the cover of the book detailing the Endeavour‘s Australia trip, cementing the animal’s status as the main symbol of the continent.

3The Beast Of Gevaudan 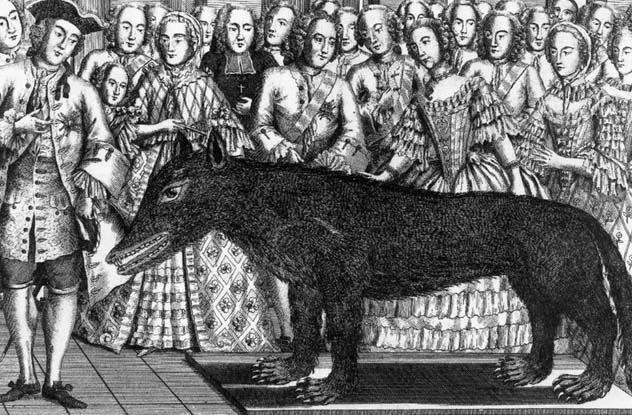 As we’ve mentioned before, the Middle Ages saw wolves became increasingly violent toward humans due to the many (edible) corpses left behind by the Black Death. Wolves actively hunted humans for food, and when the time came for artists to draw these mysterious beasts, they took certain artistic liberties.

One particularly famous example is the Beast Of Gevaudan, a creature that supposedly terrorized the area of Gevaudan between 1764 and 1767. The beast was described as everything from a giant bipedal monster covered in spikes to a hybrid between a dog and a hyena. You can forgive artists of the day for drawings like the above image.

However, when hunter Francois Antoine killed an actual gray wolf while hunting for the beast, artists decided that he’d really killed an angry anteater. 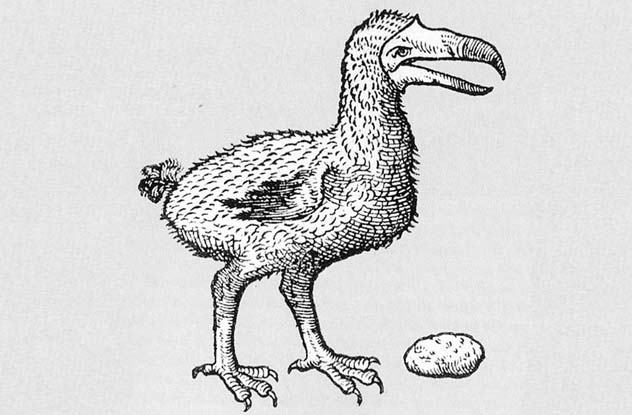 Despite being extinct for the last 300 years, the dodo is known worldwide, thanks to the anatomical drawings of artists like Roelant Savery. But very few artists ever physically saw a dodo. They based their drawings on either written descriptions of the bird, isolated pieces of specimen, or even other inaccurate drawings.

This has led to two distinct representations of the bird: the familiar clumsy waddling dodo and a leaner, decidedly more vicious-looking version, such as the above drawing from 17th-century biologist Carolus Clusius.

Interestingly, no one is exactly sure which one of these depictions is more accurate. Either or both of these drawings could be hilariously wrong. 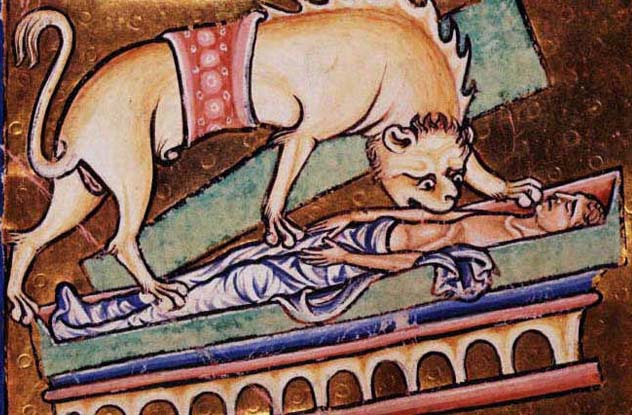 The hyena may not be the prettiest animal out there, but it is one of Africa’s more famous and unique creatures, which has led to it being featured in numerous pieces of historical art. However, there’s one feature of the hyena nobody ever seemed able to get right.

As far back as Aesop’s fables, the hyena has been described as a creature able to change its sex at will. Though this belief was contested by such respected minds as Pliny the Elder and Aristotle, it still managed to be perpetuated all the way into the Middle Ages.