If asked to identify the world’s deadliest, most frightening disease, the average person in the Western world would likely claim AIDS or cancer. Those who live in the third world—where packs of feral, rabid dogs feast on piles of rotting garbage—would have a different answer altogether. Rabies, a form of viral encephalitis that attacks the brain, eventually turns its victims into unthinking shells for whom death would be a blessing. Although vaccines are readily available, tens of thousands of people are still killed by rabies each year. 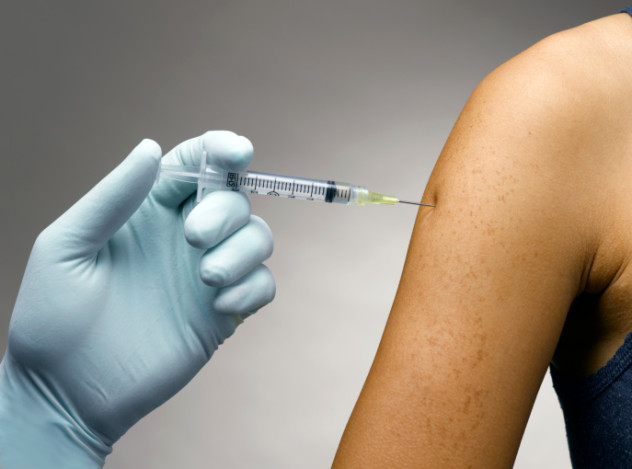 Without French chemist and microbiologist Louis Pasteur, many of us probably wouldn’t be alive today. He’s best known for developing the process of halting bacterial contamination that is named after him—pasteurization—but his work with vaccines has also saved untold millions. Pasteur’s rabies vaccine was developed by infecting rabbits and then killing them, allowing the virus to weaken enough to activate the human immune system without killing the patient. It was first used successfully in 1885 on Joseph Meister, a nine-year-old boy who had been mauled by a rabid dog.

Pasteur’s stoicism is duly noted in The Story of San Michele, the memoirs of Swedish physician Axel Munthe. “[Pasteur] was absolutely fearless,” Munthe wrote. “Anxious to secure a sample straight from the jaws of a rabid dog, I once saw him with the glass tube held between his lips draw a few drops of the deadly saliva from the mouth of a rabid bull-dog held on the table by two assistants, their hands protected by leather gloves.”

Pasteur, who lost three of his five children to typhoid fever, was ruthlessly pragmatic in his research. The possibility of getting bitten during his work on the rabies vaccine was very real, and laboratory protocol called for anyone accidentally infected to be killed on the spot. A revolver was kept on site, and employees were ordered to be shot in the head if they were bitten. 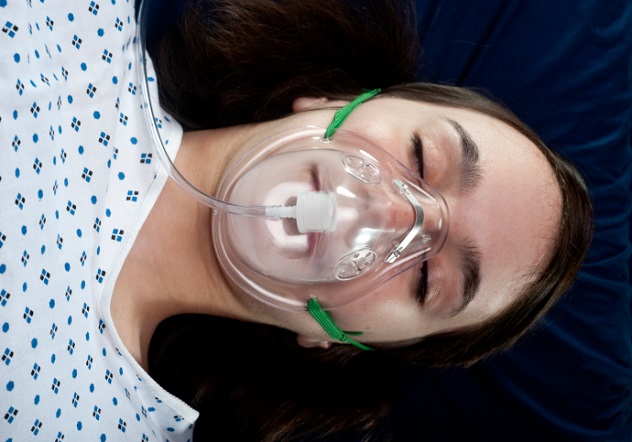 Before Pasteur’s work, rabies was as sure a death sentence as the guillotine. Just a decade ago, without prompt medical attention, the best doctors could do once symptoms began to manifest was provide palliative care until death. That changed in 2004, when 15-year-old Jeanna Giese was bitten on the finger by a bat in Fon du Lac, Wisconsin. The wound was very minor, but about a month later, Jeanna became incredibly sick. She suffered from a fever and neurological problems, including blurry vision and slurred speech. She was treated and tested to no avail until it was revealed she’d been bitten.

The medical team at the Children’s Hospital of Wisconsin decided to treat Jeanna with a novel approach—they put her in a medically induced coma for six days, giving her drugs to reduce brain activity. She was then given the antiviral drugs ribavirin and amantadine, which gave her body time to build up antibodies. After a month, she was declared virus-free, making her the first person to survive rabies without vaccination. This brush with death did not leave her entirely unscathed, but while her recovery was slow, she graduated college in 2011.

This course of treatment would go on to be called the “Milwaukee Protocol.” Although it has seen success in a few other patients, it remains extremely controversial in the medical world, especially given its prohibitive expense. 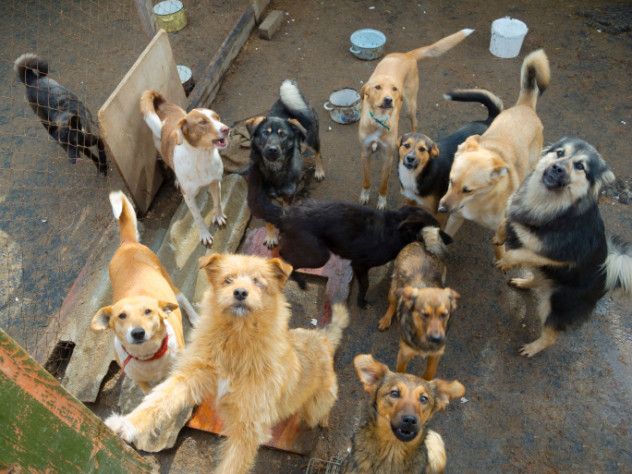 China has always had a strange relationship with dogs. Some of our most ancient, beloved breeds—such as chow chows, pugs, and Pekingese—are of Chinese origin, but the Chinese have been historically known to feast on dog flesh. Dog ownership has become a status symbol of the emerging middle class in China, but the animals are rarely vaccinated. The rate of rabies infection in China has soared as a result.

After three human deaths from rabies in 2006, tensions exploded. On July 25, officials began a campaign of slaughter that would make any animal lover shudder with revulsion as nearly 50,000 dogs were rounded up in Yunnan Province and killed. These were not painless deaths but savage clubbings, hangings, and electrocutions. Pet owners were offered 5 yuan (about $0.80 USD) to kill their own dogs, and if they refused, their pets were snatched away and beaten to death in front of them. 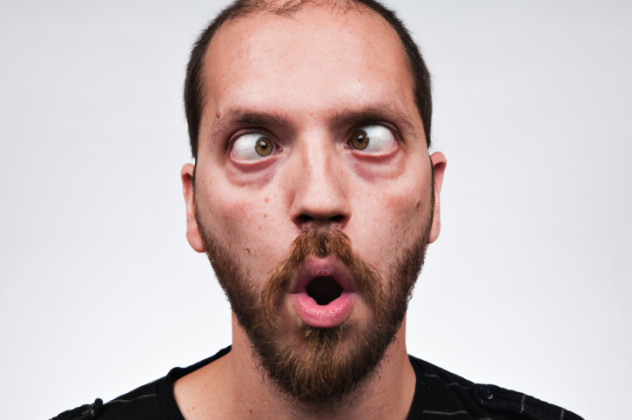 Rabies in humans tends to initially manifest as flu-like symptoms that devolve into a nightmare as the brain is slowly destroyed. As things steadily get worse, the body can become paralyzed while the mind revolts with terror, hallucinations, and frenzy.

A less frequently reported effect in men is priapism, a condition that results in erections that last for hours, and uncontrollable ejaculation. This can occur up to 30 times per day and has been reported for hundreds of years, at least since the days of second-century Greek physician Galen, whose papers detailed the case of a porter who exhibited the symptom for three days straight prior to his death.

The condition has also been found in modern medical reports, such as this 2009 case reported by the CDC in which a 42-year-old male physician who’d been bitten by a dog in India returned home to Virginia only to take ill three months later. The precise cause of the ejaculations are unknown, but it has been suggested that they result from damage to the amygdaloid nucleus in the temporal pole of the brain.

A far more typical but no less strange symptom of rabies is hydrophobia, or fear of water. This initially manifests as a sore throat and difficulty swallowing as the mouth floods with saliva. As the disease progresses, the person suffers painful clenching of the oropharyngeal muscles and feels as though he is choking when attempting to drink anything. Eventually, this becomes so crippling that the person suffers these spasms at the mere sight or mention of water. This is made all the worse by the fact that the patient becomes dehydrated during the ordeal, becoming simultaneously desperately thirsty and terrified of drinking.

The man in the above video—a 48-year-old patient at the National Institute of Infectious and Tropical Diseases in Hanoi, Vietnam—displays a classic case of the nightmare of hydrophobia. When presented with fluid to drink, he shudders uncontrollably and appears to exhibit physical pain as he brings the cup to his lips. 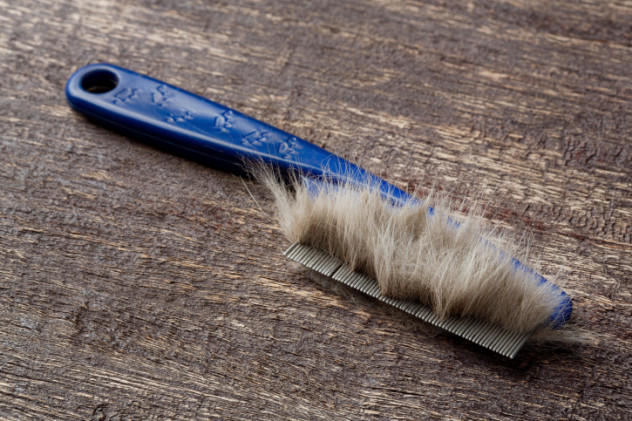 Today, the term “hair of the dog” typically refers to chugging a Bloody Mary to alleviate the ugly symptoms of a hangover, but its original connotation was far different. In ancient times, it was believed that rabies could be cured by killing the dog responsible and placing its fur on the wound. You don’t need a medical degree to realize this approach was useless at best. Even worse, trying to kill the dog increased the chance of getting bitten again.

A more recent innovation in the treatment of rabies is the St. Hubert’s Key—named for the patron saint of hunters—which resembles a long iron nail with an ornate head. When a person was bitten by a rabid dog, the key would be heated over a fire until it grew red hot. It was then used to cauterize the wound, destroying the flesh. How effective this possibly could have been is debatable, but it would most certainly have had to have been used very quickly. More likely, it was seen as some kind of protective amulet. 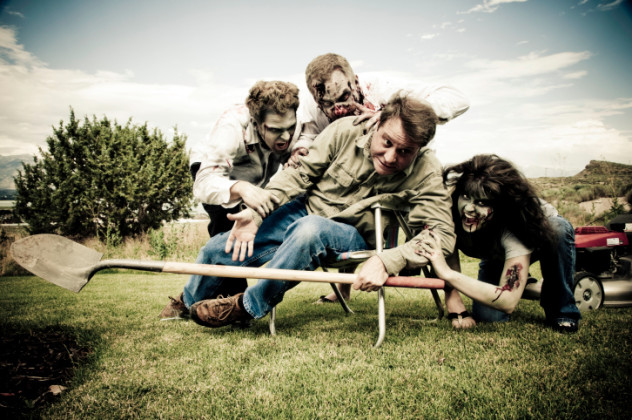 There are a number of surprisingly scholarly articles available which list the many reasons that traditionally “undead” zombies could not exist. However, it is possible that some kind of undiscovered or mutated disease could turn its victims into raging monsters. Rabies, which leaves sufferers unreasoning in its latter stages, would be a prime candidate for such a horrifying scenario. The virus has already demonstrated a scary ability to evolve, as seen in the American Southwest.

Any number of mutations could lead to disaster. While rabies is a slow-moving virus, a random mutation could cause it to tear through the central nervous system and infect the brain in a matter of hours instead of weeks. Of course, spreading through bites is an incredibly inefficient means of disease transmission, but if rabies managed to combine its genetic code with influenza in a process called recombination, it could spread through the air. While this is unlikely to happen in nature, a weaponized disease created in a laboratory is possible. 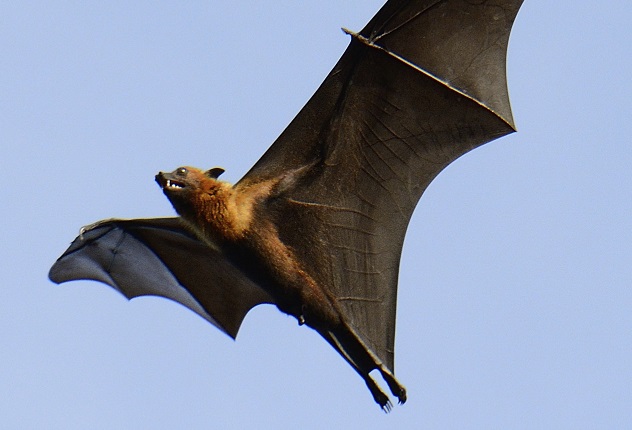 Bats invariably make the short list of the world’s most terrifying creatures, but at second glance, it seems counter-intuitive. The average bat weighs just a few ounces, while even the largest—the so-called “flying foxes”—rarely tip the scales at 1.8 kilograms (4 lb) and feed only on fruit.

However, as seen in the case of Jeanna Giese, bats frequently carry rabies. There are several reasons for this, including a large geographic range and tendency to flock together in vast groups. When they become rabid, bats can lose the ability to fly and are more likely to come into contact with humans, particularly children who may pick one up if they see it lying on the ground.

According to the CDC, bats constitute the biggest vector of the disease in the United States—although raccoons and skunks are more widely reported—and rabid bats can be found in all 48 continental states. Because bats can be so tiny, it is possible to be bitten by one without even feeling it, so experts recommend that you undergo a course of treatment for rabies infection if you wake up to find a bat in your room just to be on the safe side. 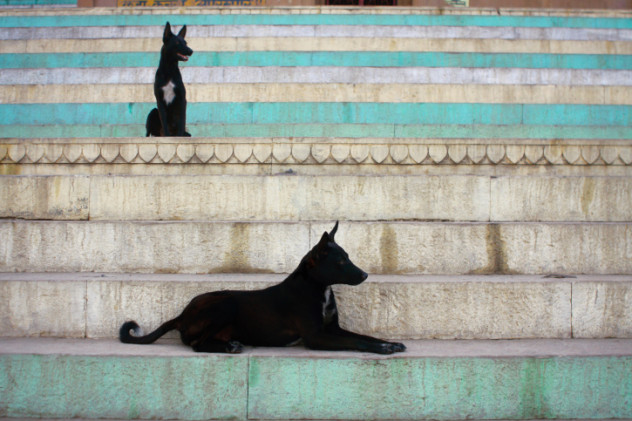 In the United States, human death from rabies is vanishingly rare, with perhaps two or three cases reported annually. In the third world, though, rabies is quite prevalent. According to the World Health Organization, over 55,000 people are killed by rabies every year, primarily in Africa and Asia. More than one-third of these deaths—an estimated 20,000—occur in India alone.

This is due in part to the steep decline in the vulture population. Without vultures to feed on carrion, there is plenty of food left behind for stray dogs to proliferate. Despite the fact that hundreds of thousands of people, many of whom are children, are bitten by stray dogs every year, legislature enacted in 2001 forbids killing them due to Hindu custom. India has the largest population of stray dogs in the world, many of whom have reverted back to “pariah” status, taking on a feral appearance similar to dingoes. 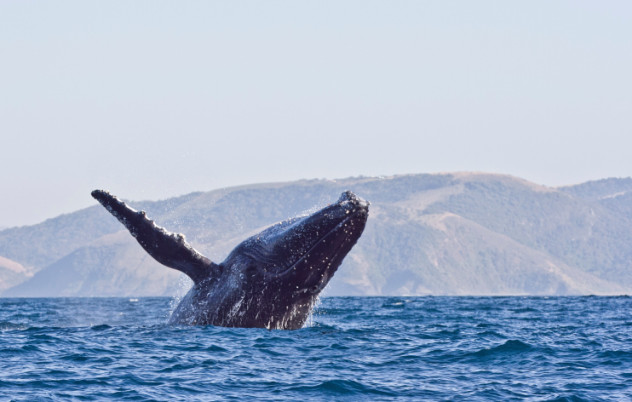 All mammals, from the tiniest mouse to the most titanic whale, are susceptible to rabies. While there are no recorded cases of rabid whales and the circumstances required for them to become infected are extraordinarily unlikely, it is not impossible.

In Cape Cod, Massachusetts, burgeoning coyote populations have begun to attack the local harp seals, which do come into contact with whales. If a rabid seal bit a whale, it could conceivably be infected. Given the fact that rabies travels extremely slowly through the central nervous system—about 0.8–2 centimeters (0.3–0.8 in) per day—it could take years for the virus to reach the whale’s brain.

Another animal with a strange reaction to rabies is the humble opossum, most often seen squashed on the side of roads in the US. Opossums have unusually low internal body temperatures, which makes it very difficult for the virus to replicate. They are also extremely resistant to other mammal diseases, like distemper, parvo, and hepatitis.