A hoax of exposure tries to fool people into believing or doing something utterly ridiculous. While other hoaxes are generally self-serving by nature, hoaxes of exposure are satirical sting operations done to expose a flaw in the system or to mock a particular set of beliefs.

New York University physics professor Alan Sokal wanted to know if a renowned academic journal on post-modern cultural studies would accept any article, so long as it sounded good and “flattered the editors’ ideological preconceptions.” So in 1996, Sokal submitted to the post-modern journal Social Text his “scientific” article titled “Transgressing the Boundaries: Toward A Transformative Hermeneutics of Quantum Gravity.”

Not realizing that it contained nothing but useless, long-winded words, the editors published the article, just as the physicist had expected. After Sokal exposed his hoax, the journal became the butt of jokes across the country. The publication also sparked debate among scholars and intellectuals that has continued to this day.

As for Sokal himself, he concluded that as highly irregular and unethical as his experiment was, he’d needed to do it to expose the flaws that he believed pervaded post-modernist thinking.

9The Paintings Of Pierre Brassau 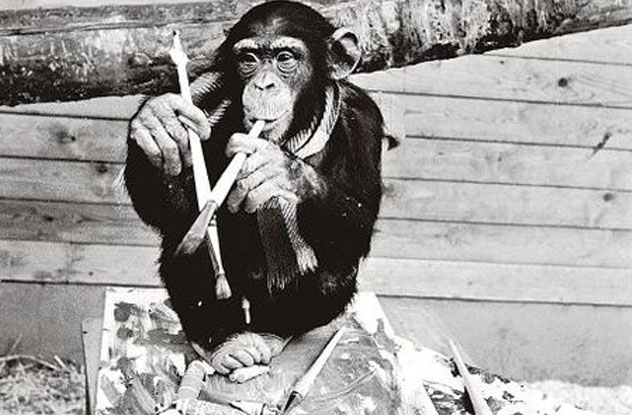 One of the greatest acts of trolling in the history of art happened in 1964, when journalist Ake Axelsson and a few of his colleagues fooled local critics into praising paintings done by a chimpanzee.

The men wanted to know if the critics were expert enough to distinguish between real and fake art, so they provided Peter the chimp with art equipment, collected his best works, and exhibited them in an art gallery under the name of fictitious French artist Pierre Brassau. Only one of the critics found the paintings lacking, while the rest praised them effusively.

One critic named Rolf Anderberg even described the artist as someone who “paints with powerful strokes [and] performs with the delicacy of a ballet dancer.” He later tried to save face after the journalists exposed the hoax, saying that he still considered the chimp’s artwork to be the best in the exhibit.

8The Hoax That Ridiculed The Catholics And Freemasons 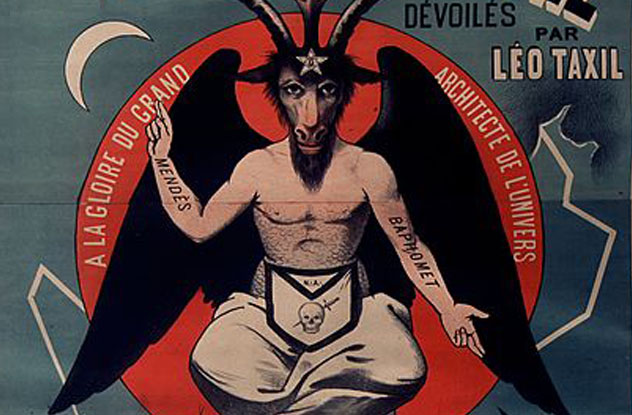 French writer Gabriel Antoine Jogand-Pages—better known by his pen name, Leo Taxil—may be one of the few men in history to irritate the Catholic Church and Freemasons simultaneously. As a fierce freethinker, Taxil published several anti-Catholic articles early on in his career. He also tried to become a Freemason in 1882 but only made it to the first degree.

In a scheme designed to embarrass his erstwhile brethren and spoof the Catholic Church in one fell swoop, Taxil feigned conversion to Catholicism in 1885 and wrote several books detailing occult ceremonies happening inside the Masonic lodge. He also created a fictitious character named Diana Vaughan who allegedly witnessed satanic rituals in Freemasonry’s highest echelons.

His work captivated the Catholic Church and its followers for more than 12 years because it validated their beliefs about the Freemasons. Finally, in 1897, before an audience composed of clergymen, Freemasons, and the media, Taxil confessed that everything he’d ever written was a hoax. The confession nearly caused a riot.

During the course of the experiments, Randi dropped hints of the deception to the researchers and even offered some foolproof experiments so that they could discover the fraud. After initially refusing his ideas, the researchers eventually conducted the suggested experiments, which finally exposed the two magicians. In the aftermath, Randi came forward and revealed the details of Project Alpha to the public, humiliating the researchers and forcing them to shut down McDonnell Laboratory after a few years. 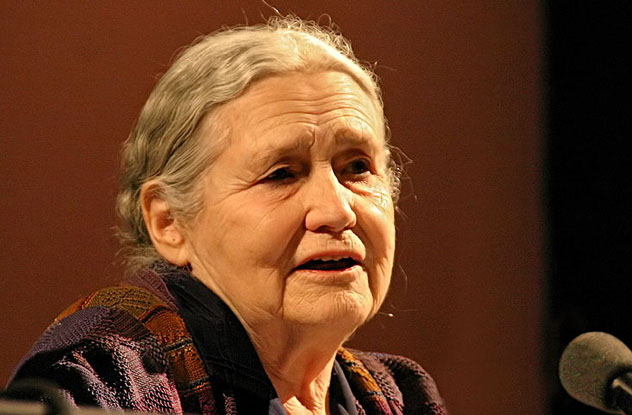 Noted British author Doris Lessing had two goals with this experiment. One: She wanted to establish that new writers faced absurd hardships in achieving recognition. Two: She wanted to write in a new style and show up her critics who accused her of being one-dimensional.

So in 1983, she wrote two novels under the pseudonym “Jane Somers” and tried to publish them. While her American publishers knew of the experiment and went along with it, their British counterparts showed less enthusiasm and rejected her works. After her books went into circulation, they received little attention and sold less than 5,000 copies in the US and the UK—a far cry from the 900,000 copies that a book she’d written under her name had sold.

Only the most astute of her critics managed to recognize her writing style. Consequently, the literary world at large became thoroughly embarrassed after Lessing revealed herself to be the real author a year after the novels came out. 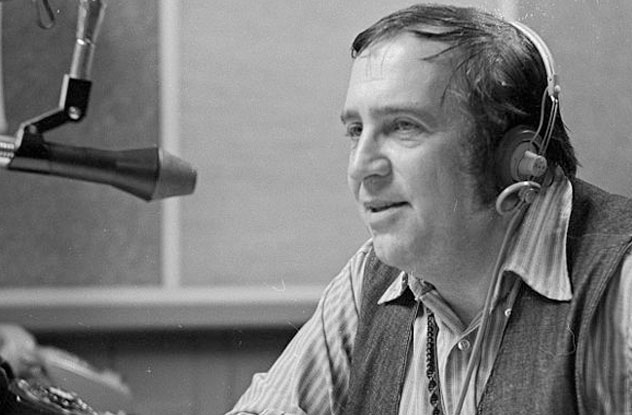 In the mid-1950s in New York, one fateful encounter at a local bookstore led late-night DJ Jean Shepherd to pull off an unbelievable prank. He had been searching for a book inside the store when the clerk insisted that it didn’t exist because it didn’t appear in their best sellers list.

Incensed at this flawed system that dictated a book’s existence, Shepherd invented a fictitious novel with the salacious title of I, Libertine. He urged his listeners to request the novel from all bookstores. In no time at all, his followers had confounded book clerks and publishers everywhere by repeatedly asking for that title.

Their confabulation soon turned to embarrassment when Shepherd revealed it to be nothing more than a hoax. Fortunately, their saving grace came when Shepherd allowed a novelist to go ahead and write the real thing. The hoax had become too notorious (and too profitable) at that point to remain just a hoax.

4The Report From Iron Mountain 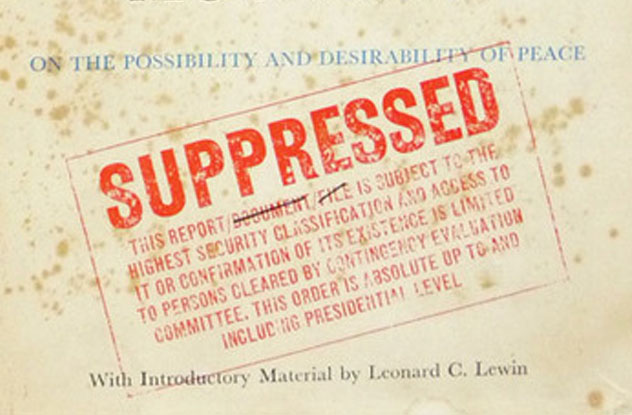 In November 20, 1967, Leonard Lewin published in a New York paper the nefariously titled “Report From Iron Mountain On The Possibility And Desirability Of Peace.” Someone belonging to an elite, secret 15-man panel had given him the report, claimed Lewin. This group recommended in their report the need for the government to establish perpetual war in order to maintain the economy and the global status quo. Peace was highly discouraged, as it would eventually deteriorate the government and society.

The report garnered great controversy from all sectors. Some called it a hoax, while others though it confirmed their beliefs of a massive conspiracy to prolong the Vietnam War.

Five years later, Lewin came forward and admitted that he made everything up to mock the country’s think tanks. His editor, Victor Navasky, stated that the hoax had aimed “to provoke thinking about the unthinkable—the conversion to a peacetime economy and the absurdity of the arms race.” Nevertheless, conspiracy theorists to this day continue to believe in the report’s authenticity.

3The Poems Of Ernest Malley

In Australia’s most well-known literary hoax, local soldiers James McAuley and Harold Stewart concocted a fictitious poet named Ernest Malley and used his name to submit work to Angry Penguins, a prominent modernist magazine. McAuley and Harold—supporters of conservative poetry—despised the incoherence of modernist verse and wanted to know if its adherents could distinguish between real poems and “deliberately concocted nonsense.”

With this goal in mind, the duo made up Malley’s fictional biography and wrote his entire compilation in just one afternoon. They took lines from dictionaries, plays from Shakespeare, and even military reports to create a jumbled mess. They then passed them anonymously in the autumn of 1944 to Angry Penguins.

The poems received rave reviews from the editors and the readers. After the hoax was revealed, media and opponents of the modernist movement mocked the editors’ failure. Angry Penguins did get some consolation, however; in the years that followed the hoax, Malley’s poems came to be regarded as excellent pieces of Australian literature.

Set in 1973 and organized by psychologist David Rosenhan, these experiments sought to answer whether professionals could accurately diagnose their patients’ psychiatric problems.

In the first part of the experiment, Rosenhan and seven of his associates took on different personas that pretended to suffer from auditory hallucinations. They admitted themselves to psychiatric facilities across five US states. Prior to their confinement, Rosenhan instructed his fellow “pseudopatients” to behave normally once admitted and see whether the staff might discharge them accordingly.

Group members spent an average of almost three weeks inside the facilities. During this time, even normal behavior such as writing (members wrote down their mostly negative experiences) came to be interpreted as an indication of mental illness.

In the next phase of the experiment, Rosenhan divulged all details of the first phase to research hospital personnel, saying he planned to admit his pseudopatients into their facility. Their objective, said Rosenhan, was to expose the frauds.

After the personnel identified those they believed to be Rosenhan’s subjects, the psychologist came forward and revealed that he’d never sent anyone. He ended his experiments with the conclusion that “it is clear that we cannot distinguish the sane from the insane.”

1The Journal Of Geoclimatic Studies 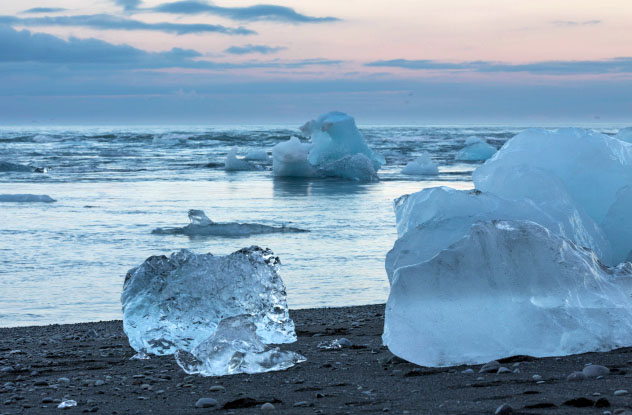 In one of the most recent hoaxes of exposure, skeptics who doubted human involvement in climate change received an apparent trump card: a report by the obscure Journal of Geoclimatic Studies that pinned underwater bacteria and not humans as the main culprits behind global warming.

The November 2007 edition of the journal concluded that bacteria living in the oceans of the Pacific and Atlantic produced carbon dioxide at rates 300 times higher than human industries. Rather than questioning the journal’s credentials, supporters ate up the report and spread it around the world in a matter of hours. Even Rush Limbaugh believed the whole thing.

The perpetrator of the hoax, British author David Thorpe, explained that he started it because he believed satire can effectively send a message. With this hoax, he also proved that people would believe anything if it confirmed their prejudices.