The New World Order, or NWO, is one of the most well-known conspiracy theories in modern history, right up there with the faked moon landings. In fact, there are those who believe that the NWO orchestrated the fake landings to reinforce their control over the population. Like a handful of cookie crumbs, the NWO has a way of slipping into the cracks behind every other far-fetched theory, and like entropy, the theories about them only get bigger with time. Just keep in mind that as plausible as these theories sound, they are, unfortunately, absolutely insane. Conspiracy theories that begin with the Bible are nothing new, but according to some people, the New World Order was very specifically predicted in the Book of Revelation. The Ten Kings Prophecy is the theory that 10 nations will rise to power and create a new government. The “prophecy” usually quoted for this comes from Revelation 17:12, which reads “And the ten horns which thou sawest are ten kings, which have received no kingdom as yet; but receive power as kings one hour with the beast.”

The idea of a small group of people ruling the world is entirely what the NWO is about, so it’s no wonder that this is seen as a direct prediction of a new world order. And if you study a prediction enough, you’ll start to see it everywhere. The problem, of course, is that nobody can actually agree on where it’s happening.

There are those who think that the Club of Rome is the seat of the NWO, because they published a paper in 1973 that recommended splitting the world into 10 regions. If you crawl even deeper into the fog, you find others touting the G8 as the group of 10 kings from Revelation. Put that calculator away—there are only eight world leaders in the G8, but proponents of the theory predict that it will one day expand to include 10 core nations, signaling the start of Armageddon and, probably, the end of life as we know it. 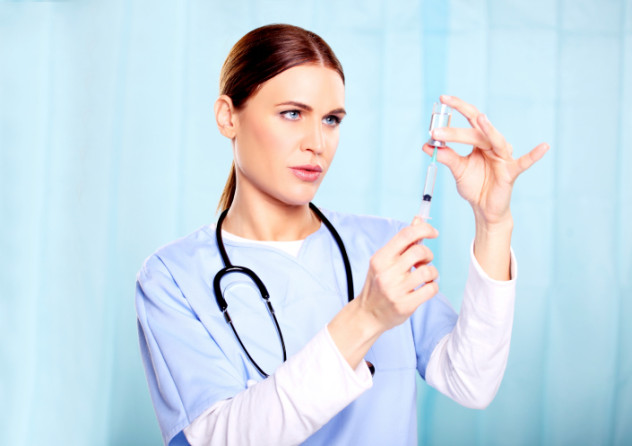 In order to maintain its iron grip over the world, the NWO would have to trim off some of the excess population. According to conspiracy theorists, that means killing most of the planet and leaving about two billion people to continue the human race. These survivors would obviously be the best of the best—scientists, engineers, writers, and politicians—and they would live underground in cities connected by maglev trains. Alternatively, they’ll use alien technology to build bases on the Moon.

Exactly how the New World Order will trim down the population is a point of contention among theorists. Some people believe that a virus bioengineered by the NWO will wipe out the majority of the population, while others hold firm that Obamacare is slowly poisoning people with vaccines. Other purported methods range from devastating drone strikes to educating people about abortion. 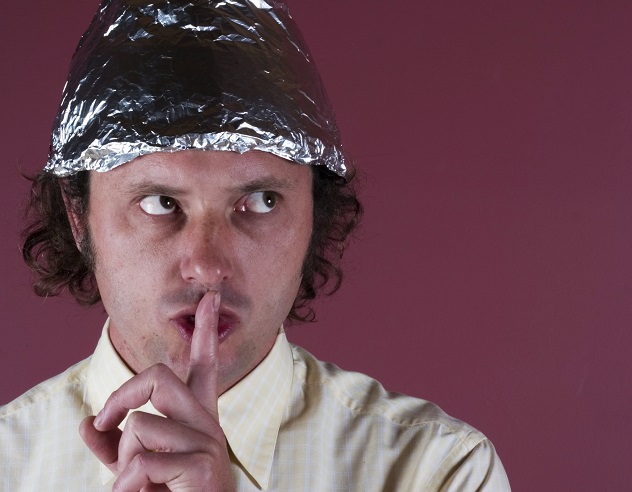 One big theory about the NWO is that they use mind control on the general population. While that’s a constant in almost every conspiracy theory, NWO believers think that, when the time comes, the world leaders will flip a switch and instantly force the population into submission. If such a technology were that important to achieving their totalitarian goals, they would obviously try to test it first.

Silent sound spread spectrum (SSSS) is the term most commonly used, although it’s also called “voice to skull” (V2K) technology. It’s almost a cliche these days when a person complains that the government is putting voices in their heads, but they’re still popping up all over the place. One example that’s always repeated on conspiracy theory websites is that the US military used SSSS on Iraqi soldiers, causing them to surrender immediately.

The idea of setting up a system to send microwave signals into the mind of every American—not to mention the rest of the world—is ludicrous at best, but this theory is a cornerstone of the New World Order curriculum. In 1928, H.G. Wells published a book called The Open Conspiracy: Blue Prints for a World Revolution. In the book, he lays out a recipe for establishing a new world order that will last for generations, all of which will be run by the “Atlantic” elite. In 1940, he followed it up with the aptly named The New World Order.

Most people are familiar with H.G. Wells from books like The Time Machine and War of the Worlds, but his guidelines for the New World Order were anything but fiction. As an outspoken socialist, he believed that a world government was inevitable and that widespread eugenics was the proper course for humanity.

True to form, conspiracy theorists are quick to assume that his NWO literature is “required reading” for the world elite. They see it not necessarily as a prediction but as the impetus that brought the “current” New World Order into existence in the first place. 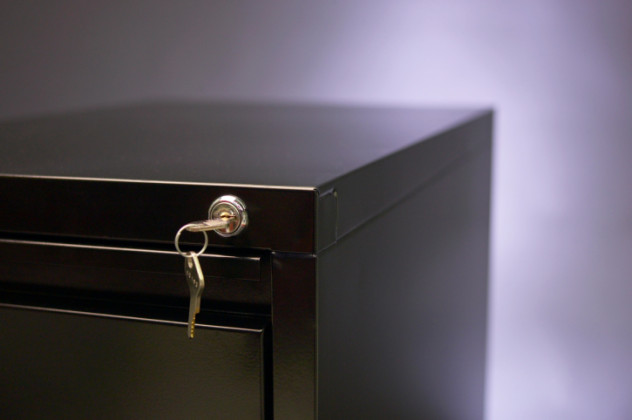 The conspiracy theory of the Majestic 12 goes something like this: In the 1940s, President Truman commissioned a secret committee of scientists and government employees to keep track of the UFOs that were plaguing America’s skies. The organization, Majestic 12, was kept top secret, but over the years, various documents have surfaced that seem to “prove” their existence.

That’s not what this is about.

According to conspiracy theorists, the government created the entire thing as a hoax in order to keep the public’s attention away from the real threat: aliens in the government. The NWO isn’t headed by the elite of humanity, per se—it’s being planned by aliens who already have humanity’s elite under their control. Majestic 12 is a convoluted mess of a conspiracy within a conspiracy, and while we’re all concerned about it, the aliens have been propelling human look-alikes to powerful government positions and giving us AIDS. 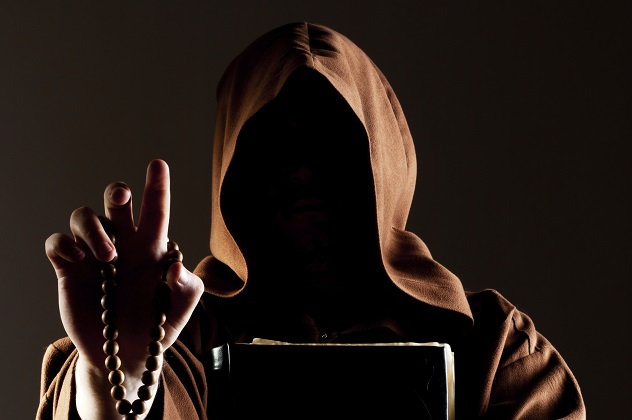 The Bohemian Grove is a very real thing. It’s a campground in Sonoma County, California that’s owned by the Bohemian Club, a grouping of the world’s leaders, artists, and captains of industry that boasts several thousand members. Every year, these men get together and do . . . something. According to one writer who sneaked in, the retreat involves a lot of drinking and peeing in bushes. In other words, it’s like a summer camp for powerful people.

But according to the people who haven’t been there, the Bohemian Grove is a dark place of pagan rituals and devil worship, a birthing ground for devious plans to initiate the New World Order. It’s also here that they ritually burn a human in effigy while wearing robes and chanting a prayer to Moloch. Reagan, the Bushes, and Henry Kissinger are reported to be members, to name a few. Nixon famously (and insensitively) called it “the most faggy godd—ed thing you could ever imagine.” Since many members of the Bohemian Club are also members of Yale’s prestigious Skull and Bones club, the theft of Geronimo’s skull in 1918 is worth mentioning. According to the Apache warlord’s descendants who sued Yale University in 2009, Prescott Bush (George W.’s grandfather) and a group of Skull and Bones members raided Geronimo’s grave and made off with his skull and his left hand. They placed the skull in a glass case in the secretive tomb where the society holds their meetings.

Why would they want to do that? And what does it have to do with the New World Order? The history of Skull and Bones is complex, but it is believed to have originated in Germany in the 1800s. Because of that origin, the Skull and Bones is closely connected to the Bavarian Illuminati, which gives it inextricable ties to the development of a one-government world.

As for Geronimo’s skull, Prescott Bush once served as a volunteer at Fort Sill, where Geronimo was buried, and heard a story that the warrior had been blessed with unnatural power. Probably wanting to preserve a relic of that power, the Skull and Bones society appropriated the skull for their own use. It wouldn’t be the first time they tried to get a famous skull. With either Edward Snowden or the NSA showing up in the news on an almost daily basis, this one’s a conspiracy theorist freebie. The surveillance-industrial complex, usually just called “mass surveillance,” is a widespread plan to keep tabs on the world’s population. There are plenty of countries that do implement relatively widespread surveillance—the Soviet Union had a network of spies, America has the NSA and PRISM, and China has their Golden Shield. The stated goal of these programs is usually what you’d expect, like thwarting terrorism or cracking down on child pornography.

But to NWO conspiracy theorists, their motivations are much, much darker. While aliens are usually the most agreed-upon scapegoat for why the government wants to watch you brush your teeth, it’s important not to forget about dark chakras, mirror worlds, and Satan. If you look up into the sky on a clear blue day, you might catch a glimpse of an unusual checkerboard pattern of thin clouds that look almost—but not quite—like airplane contrails. These are chemtrails, which the government sprays over the population to spread mind-controlling chemicals, biological weapons, or weather-altering super-technology, depending on whom you ask.

The weather control conspiracy is the most widespread theory about chemtrails. The theory states that the chemicals spewing out of government planes are designed to create “ionospheric disruption” that can be used to manipulate weather patterns. The results include everything from Obama engineering Hurricane Sandy to creating warming patterns that will melt the Arctic ice and cover the Earth in a blanket of methane. Of course, who would be behind this but our favorite shadowy cabal of elite puppet masters?

1Posthumans And The Technological Singularity 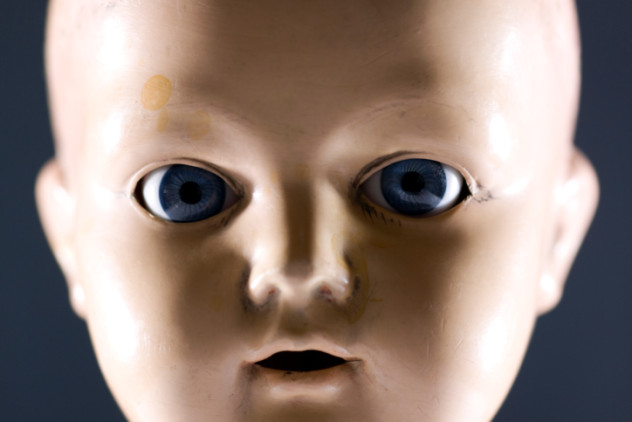 The inevitable goal of the New World Order is to create a new breed of superhumans called posthumans. This isn’t a human design—it’s what the aliens want. In fact, aliens have been credited with every advancement in human evolution since the dawn of civilization.

In the future, that’s going to come about in two ways. The first will be the initial birth of posthumans in the inner circle of NWO leaders. They’ll be so advanced that regular humans like us will think of them as gods. The second is going to be a rapid advancement of technology that eventually culminates in artificial intelligence and a technological singularity, which is the point where AI overtakes human intelligence. These two developments will ensure that the New World Order is capable of controlling every aspect of life. The lower classes will be exterminated and replaced with robots, and humanity will finally reach its shining apex—just as the aliens have always planned.