Time and time again, it has been proven that the pen is mightier than the sword. Unfortunately, the art of writing is itself a double-edged sword. While some have used their talent to improve mankind’s lot, others have used it for more devious purposes. More often than not, these deceptions end with less than savory consequences.

10The Letter Of Lentulus’s Description Of Jesus 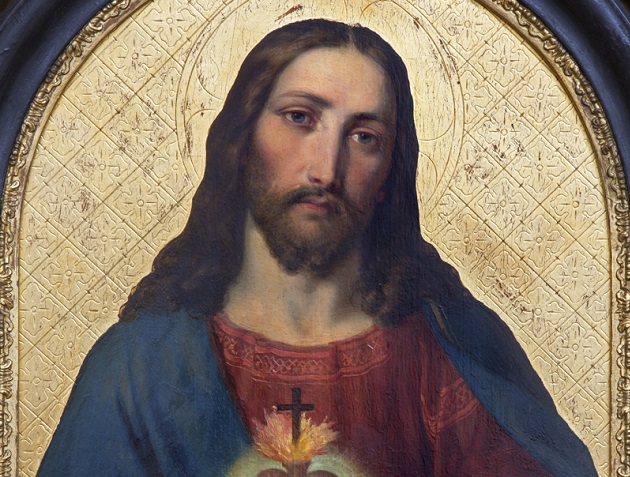 We can blame this medieval forgery for the largely inaccurate portrayal of Jesus that persists to this day. Attributed to a governor who supposedly ruled Judea before Pontius Pilate, the letter detailed the physical appearance of Jesus as well as his personality. It described Jesus as possessing the features we are all familiar with today, such as the tall stature, flowing chestnut hair, and essentially unblemished face. It also added that Jesus had the personality and aura of a holy man, lovable yet feared.

While we’ve already pointed out that no one knows what Jesus really looked like, and it’s been speculated that He was not handsome at all, that hasn’t stopped popular imagination (and various artists) from picturing Jesus according to the letter’s description. The Bible and many early Christian texts do not describe His physical attributes at all. The second-century Acts of John gives two separate descriptions, claiming that Jesus appeared to John as a bald man with a flowing beard, while James saw Him “as a youth whose beard was just starting.” 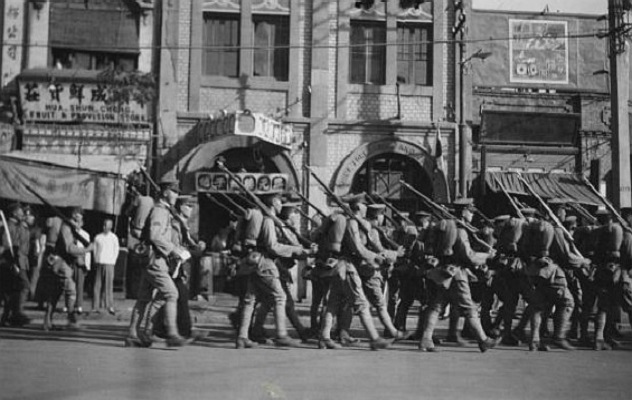 Was this a case of foreshadowing? Supposedly written by Japanese Prime Minister Tanaka Giichi in 1927 and exposed by Chinese Nationalists in 1929, the Tanaka Memorial outlined Japan’s plan for world domination. It included plans to conquer China, Russia, Europe, and eventually, the United States.

Although widely believed by many at the time, modern historians have since dismissed it as nothing more than Chinese propaganda to shore up support against Japan. In a surprising twist, it has been claimed that the document was actually forged by the Soviets in order to sway the United States against Japan and spare them from having to fight a two-front war later on. This incident was not unlike the time British spies handed FDR a fake map that fooled him into believing Nazi Germany was planning to conquer America. Regardless, the Tanaka Memorial achieved so much notoriety it even became the basis for the 1945 film Blood on the Sun.

8The British Conspiracy To Destroy Islam With Wahhabism 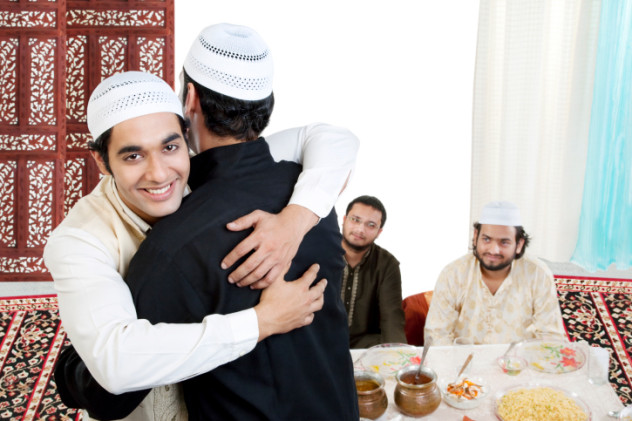 The Memoirs of Mr. Hempher, The British Spy to the Middle East was to the British what The Protocols of the Elders of Zion was to the Jews. According to this book, the British conspired in the 1700s to destroy the Ottomans in particular and Islam in general by creating dissent among the Muslims.

To accomplish this, they sent one of their British spies, the titular Mr. Hempher, to the Middle East, where he pretended to be Muslim and befriended an idealistic youth named Muhammad ibn Abd al-Wahhab. Hempher gradually corrupted the young man and commanded him to found what would eventually be known as Wahhabism. With the first part of his mission complete, Hempher subsequently tried to corrupt the Shiite sects, but he failed to do so. As a consolation, Hempher discovered that he was only one of 5,000 British agents sent to destroy Islam, to be followed by another 95,000 by the end of the century.

As far-fetched as the claims in the document are, The Memoirs have continued to be a staple of Islamic conspiracy theory to this day, especially among those who hate the British and Wahhabism.

7The Soviet AIDS Disinformation Campaign Against The US 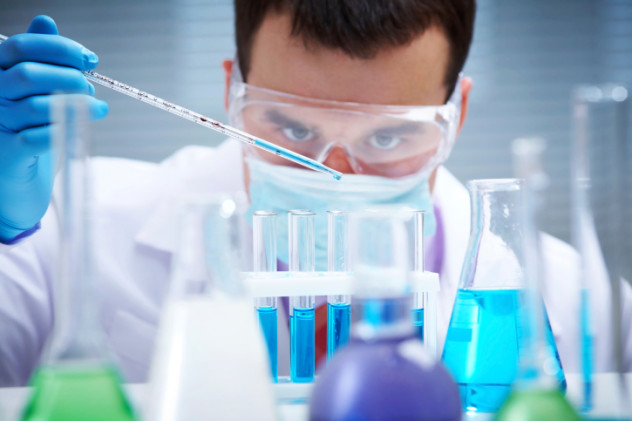 As we’ve already mentioned, some conspiracy theorists believe that AIDS was manufactured in laboratories. This belief can actually be traced to a massive Soviet propaganda campaign to discredit the US. It all started with a single letter to a pro-Soviet newspaper in India in the 1980s. Supposedly written by an “anonymous American scientist,” the letter detailed how his peers were working to use AIDS as a terrifying new biological weapon.

Three years after the original story came out, the KGB instructed Soviet scientists to accuse the US of manufacturing AIDS in its laboratory in Fort Detrick, Maryland. This blatant lie became so widely believed that State Department had to issue its own rebuttal of the accusations. The Soviets finally stopped their propaganda in 1988 when Surgeon General Charles Koop threatened to stop giving them further information about the disease. Unfortunately, the damage was done—even now, some still cling to this erroneous belief.

6The Book That Started The SRA Panic 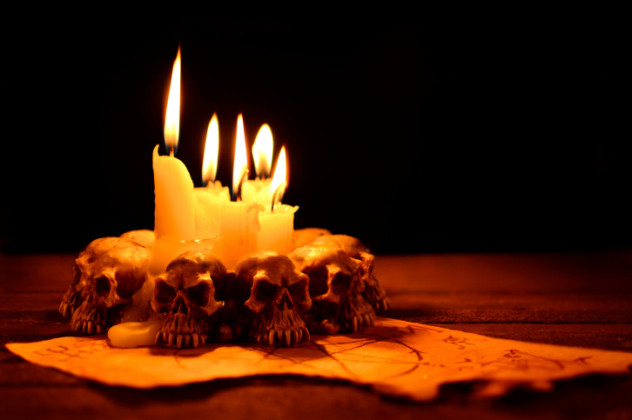 One of the biggest moral panics in contemporary times was the Satanic Ritual Abuse (SRA) hysteria of the 1980s, in which daycare workers were accused of using children as props in satanic rituals all over the world. At the forefront of this huge controversy was a book called Michelle Remembers. Written by Canadian psychiatrist William Pazder, this book detailed how his patient and eventual wife, Michelle Smith, supposedly unlocked her repressed memories and claimed that she was an unwilling member of a satanic cult as a child.

Supposedly, the cult forced Michelle to indulge in several abominable acts, such as drinking blood and sacrificing newborns. Even though subsequent investigations proved these charges false, they were enough to spark the aforementioned panic that gripped the world for years. While Pazder and Smith received lucrative book deals and appearance requests, many daycare workers got the short end of the stick, ending up humiliated and financially destroyed by highly publicized trials. 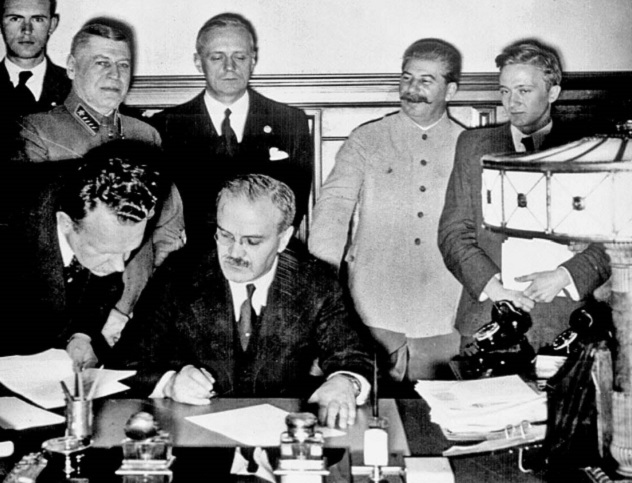 Just before the crucial 1924 elections, British newspapers leaked the infamous Zinoviev letter to the public. Allegedly written by the chairman of Communist International, Grigory Zinoviev, the letter urged the ruling Labour Party to ratify a British-Soviet trade agreement. It also exhorted British communists to start a civil war in the UK. The subsequent Red Scare spelled doom for the Labour Party and allowed their rivals, the Conservatives, to once again take the helm of government.

The true perpetrators were never pinned down, although it was recently alleged that British intelligence agency MI6 wrote the letter. In the resulting fallout, Anglo-Soviet relations worsened considerably, leading to the latter’s isolationism from the West. Although the situation improved later on, the incident contributed to the international isolation of the Soviet Union and, eventually, Stalin’s pact with the Nazis.

4The Confederate Conspiracy To Ally With Mexico 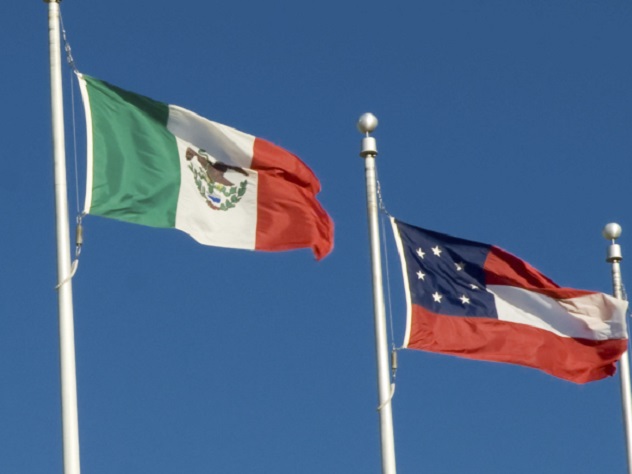 In an incident that did nothing to dispel the growing tensions between the North and the South, a series of letters appeared in several US newspapers in the first week of August 1850 that suggested Southern plotters were conspiring to break away from the Union and form an alliance with Mexico. The letters implicated several politicians, including Senator Sam Houston, who had allegedly been promised the top position in this new Confederacy. The letters also pointed to the late Vice President John Calhoun as the mastermind behind the scheme. Although he had passed away, he had supposedly instructed his fellow conspirators to see his plan through.

The controversy finally reached its climax in the second week of August when Congress read the accusations against Senator Houston, all of which he denied. Although more letters came after that, Houston continued to deny the existence of such a plot. Eventually, public curiosity about the controversy died down. It was later suspected that those behind the letters may have intended to encourage the North and South to settle their differences peacefully by scaring them about the realities of secession. If that was the real plan, it obviously failed miserably.

3The Letter That Falsely Linked Saddam Hussein To Al-Qaeda 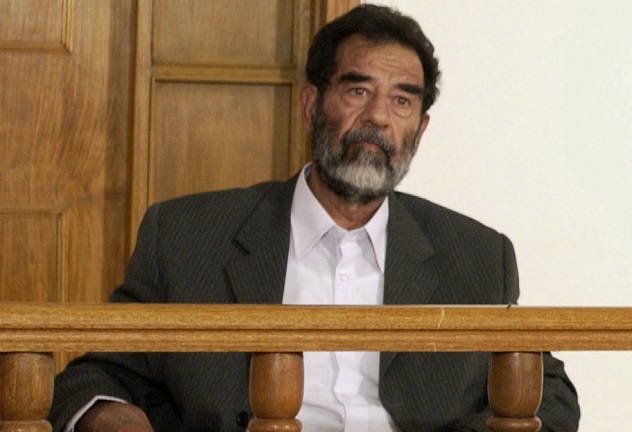 In 2008, Pulitzer Prize–winning journalist Ron Suskind accused the White House of ordering the CIA to forge a letter that would link Al-Qaeda to Saddam Hussein, thus justifying the 2003 invasion of Iraq. The Habbush Letter, named after Iraqi intelligence head Tahir Habbush, detailed how Hussein supposedly provided support to Mohammad Atta, the mastermind behind the September 11 attacks.

The accusations also included the infamous Yellowcake Forgery, a set of documents which erroneously stated that Hussein attempted to purchase yellowcake uranium from Niger to develop nuclear weapons in 2003. While no one has yet owned up to authorship of these “apparent forgeries,” Congress did take the matter seriously enough to launch an investigation in the weeks following Suskind’s accusation.

2The Book That Greatly Exaggerated The Witch Hunts And Trials 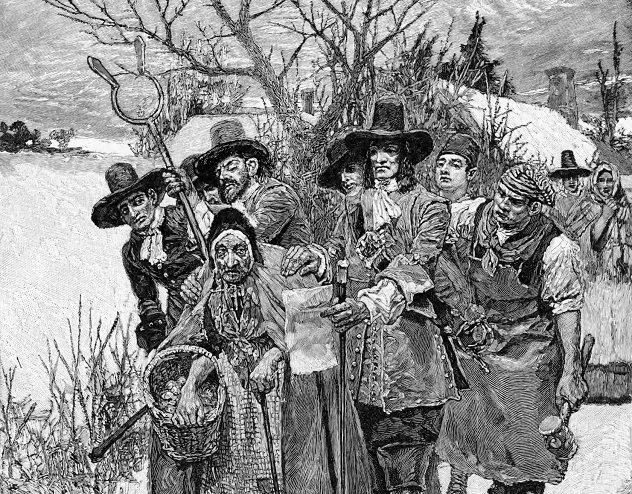 Unimaginable torture, mass execution, and supposed pacts with the devil are just a few of the images we have of the notorious witch craze that happened in Europe many centuries ago—and they are all wrong. Their origins can be traced to a single book by a prolific French forger with a hyperactive imagination. The man in question, Etienne Leon de Lamothe-Langon, had been a writer of gothic and horror novels before he decided to pen his infamous Histoire de l’Inquisition en France in 1829.

In this book, Langon wrote embellished accounts of witch trials that occurred in the South of France in the early 1300s. The book’s most fantastic claim was the execution of 400 witches in a single day, but other outlandish details included accused witches confessing to summoning the devil and eating babies. This horrifying book became the foundation on which subsequent historians based their own work.

Only the investigation of two skeptical historians in the 1970s finally exposed the book’s outrageous claims as fictitious. While many terrible tragedies did occur during the witch trials, modern historians have surmised that Lamonthe-Langon wrote the book in order to satirize the Inquisition and the censors he had encountered during his own lifetime. There was also, of course, the motivation of profit. After the book’s runaway success, Lamonthe-Langon went on to forge autobiographies of several prominent French personalities, including Cardinal Richelieu and Louis XVIII. 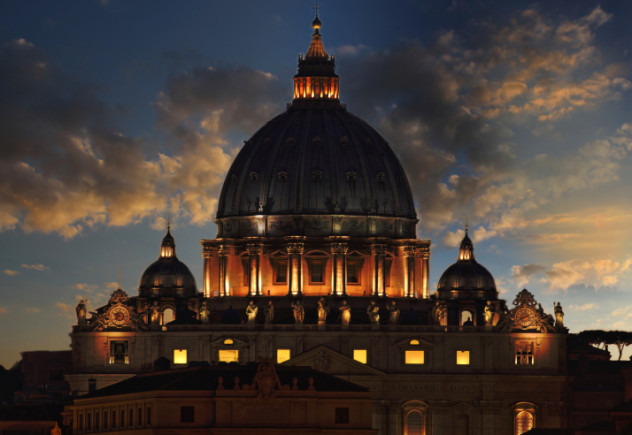 In order to protect the bishops of the Catholic Church from their religious superiors and secular interference in the ninth century, a group of scholars (probably Frankish monks) wrote a series of false decretals, which are papal letters regarding ecclesiastical law, under the pseudonym Isidore Mercator. The forgeries, which later became known as the “Pseudo-Isidorian Decretals,” were supposedly written by earlier popes, such as Clement and Gregory the Great, supporting the view that bishops answered only to the Pope in Rome and could not be removed from office by secular authorities or archbishops. Of course, this had the added benefit of increasing the Pope’s authority as well.

The forgeries remained unnoticed for centuries, and they were pretty effective at accomplishing the forgers’ goals. However, by the 12th century, scholars had begun to raise serious questions about the decretals, and they were widely discredited by the 15th. They were finally proven fake in 1628 by the French Protestant scholar David Blondel.