The star of countless novels and movies—and discussions on his own historical validity—Robin Hood is deeply ingrained in the collective imagination of most of the population. Banditry, especially the benevolent kind which fights for the “little guy,” has also created some real superstars. Here are 10 people from history who resemble the man in tights. 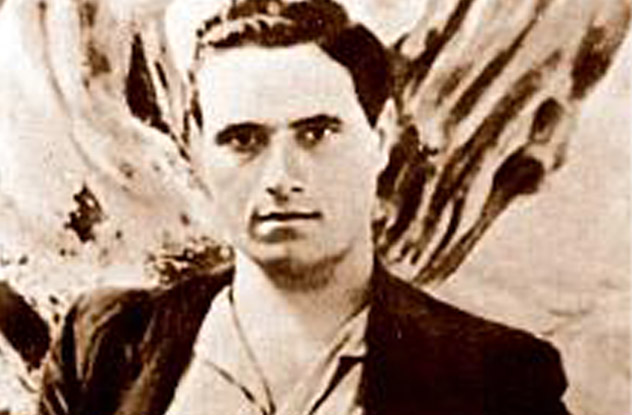 Salvatore Giuliano, born in Sicily in 1922, was raised by peasant farmers in a rural village. When his brother was drafted by the Italian military in 1935, he quit school to help his father tend to their land. Eventually, Giuliano began trading food on the black market, transporting grain and other goods between villages.

One day, a 20-year-old Giuliano was confronted by a pair of corrupt police officers, demanding to know the source of his grain. He shot at one of them, wounding him, before fleeing from the other’s returning fire.

Once he had turned to a life of banditry, there was no going back for Giuliano. So he assembled a small army—anywhere from 50 to 600 men, depending on which source you believe—who proceeded to run amok through the Sicilian countryside. A 10-year career followed, in which they killed more than 100 police officers and kidnapped over 30 victims, accruing more than $1 million.

All of his targets were the rich elite. In 1949, nearly 2,000 men were sent throughout the country to find him. They finally killed him in 1950, executing him on the spot. 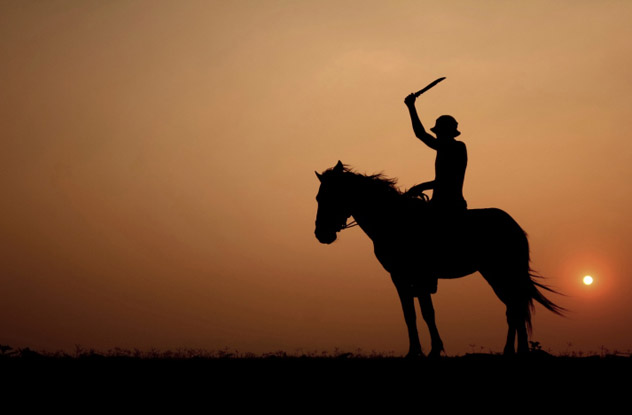 One of only a few female outlaws in Mexican history, Leonarda Emilia was an indigenous woman who dressed as a man to rob highway travelers during the 19th century. Every time she robbed someone, she would open her blouse and expose her breasts to shame her victims with the knowledge that a woman had attacked them.

Her outlaw career began after her lover, a French soldier, was executed by the Mexican government, who ignored her pleas for clemency. Revenge consumed Emilia’s life after that, and she became “La Carambada,” a bandit known for her skills with her gun, machete, and horse.

She was said to have given most of her spoils to the poor, with the systematic terror of the Mexican elite as her only reward. Eventually, a posse of police caught up to Emilia and her gang, and she was shot five times, dying a few days later. 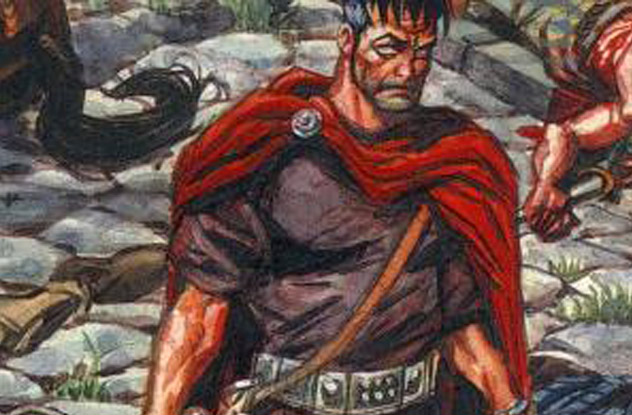 Likely a composite of a few people, Bulla Felix was said to have been an Italian bandit who operated early in the third century A.D. His name loosely translates as “lucky charm” and was quite apropos. The highly intelligent man managed to outwit the Roman forces tailing him at every turn. Tradition said that Bulla would only rob from the nobles who passed through his hands, leaving the poor unharmed.

Nearly 600 men eventually joined forces with Bulla, a large number of whom were former slaves. In fact, he sent one centurion home with the following warning: “Tell your masters that they should feed their slaves enough so that they do not turn to a life of banditry.”

Even though Emperor Severus himself led a search for Bulla, the bandit was able to evade capture thanks to his affinity for disguises. He was only captured after a married woman, with whom Bulla was having an affair, betrayed him to the Romans. He was sentenced to damnatio ad bestias (“condemnation by beasts”), and his band of robbers broke up. 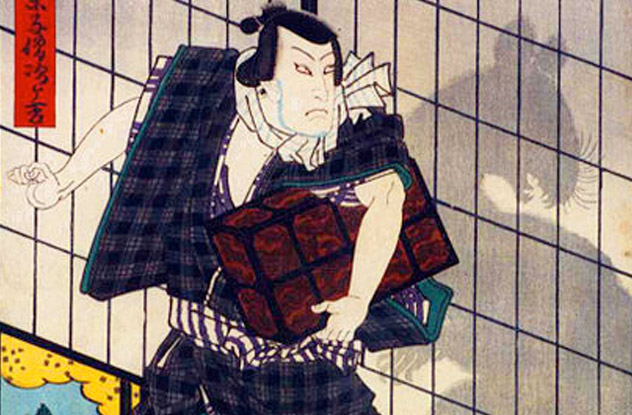 During the 19th century, Nakamura Jirokichi was a Japanese laborer living in Edo, who spent some of his free time volunteering in his neighborhood’s fire department. Little did his fellow firefighters know that he was also one of Japan’s most popular and prolific thieves. “Nezumi Kozo” translates as “little rat,” and there are several possible explanations for his nickname. Some say he carried a bag of rats around with him, which he used to trick wealthy homeowners, convincing them any noises they heard were just the sounds of common pests.

At the age of 36, Kozo was caught by a policeman as he left the scene of his latest robbery, and he was sentenced to death. After admitting to over 100 robberies and the theft of more than 30,000 ryo, he was beheaded, and his head was placed on a stake in the center of town.

Extremely popular with the lower classes even after his death, Kozo was credited as one of the greatest thieves in Japan and became an icon through the many plays written about him. In fact, his headstone has had to be replaced multiple times, since visitors will often take a piece with them when they leave. 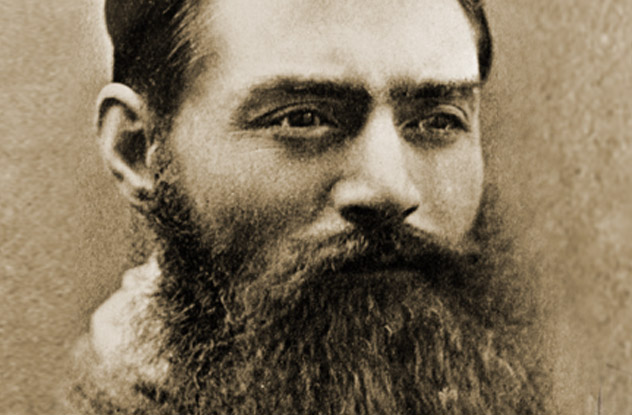 Edward “Ned” Kelly was the son of an Irish convict. He was arrested for horse theft at an early age, earning three years in prison. Afterward, the local Australian police harassed his family endlessly, charging them with numerous crimes, most of which were later dismissed. A corrupt officer went to the Kelly household to arrest his brother and claimed Kelly had shot him, forcing Ned to flee into the bush.

A group of four police officers were dispatched to apprehend Kelly and his brother; three of them were killed during the pursuit, with only one making it back to the city to report what had happened. Various bank robberies followed, with Kelly writing his famous Jerilderie letter. This letter was a manifesto of sorts that railed against the elite of Australian society, calling on them to take better care of the lower classes.

Equipped with makeshift armor, Kelly and the rest of his gang met the police in Glenrowan, where they engaged in a shootout. The outlaws were unprotected below the waist, and that proved to be Kelly’s downfall, as he was disabled by two shots to the legs. Convicted quickly, Kelly was hanged in 1880, with his last words being: “Ah, well, I suppose it has come to this.” 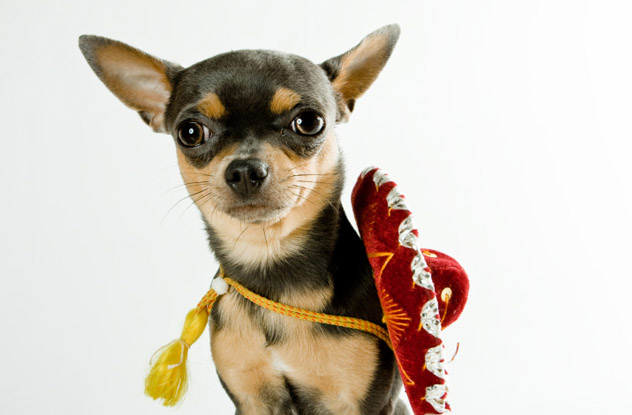 Chucho el Roto (Spanish for “dead dog” or “mutt”) was born “Jesus Arriaga” in Mexico in 1858. Due to issues at home, he turned to banditry shortly after he turned 18 and was quite successful. It didn’t take long for Chucho to gain attention from the public, since he regularly robbed the elite and the Church. Though he never gave much to the poor, he was still widely beloved for robbing the corrupt wealthy.

With a career spanning only a few years, Chucho managed to make a mark on Mexican culture with his flair for the dramatic—when an official put a bounty on his head, he responded with a bounty on the official’s head, one twice as large. Arrested on numerous occasions, Chucho continually escaped prison, until he succumbed to dysentery and died in 1885.

Eustace Folville and his five younger brothers formed a notorious gang that terrorized England during the early 14th century. Political chaos, which reigned supreme during Edward II’s rule, worked wonders for Folville, as he was able to effectively operate without punishment. The gang’s first brush with the law (regarding the murder an unpopular baron) left Eustace and two of his brothers acquitted.

The following decade consisted of an intense reign of terror, marked by the kidnapping of Sir Richard Willoughby, a corrupt local judge. The ransom brought the Folville gang nearly £900. Public opinion of Eustace warmed over time, with many people seeing him as a force for good, as his targets were often corrupt officials who persecuted the downtrodden.

Though he was charged repeatedly during his life, Eustace was never convicted. He even went on to fight for England’s military, receiving a full pardon for his prior misdeeds. 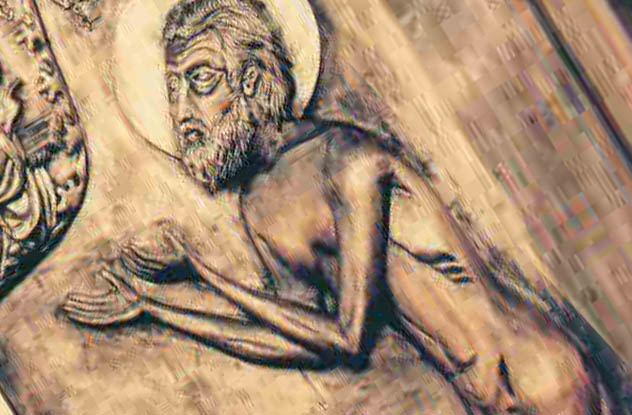 Otherwise known by his nickname “Basil Fool for Christ,” Saint Basil was a Russian Orthodox saint from the latter half of the 15th century. Born into poverty, he initially began his adult life as an apprentice shoemaker but quickly adopted an eccentric lifestyle which brought him fame among the lower classes in Moscow. In fact, in an oddly non-Christian way, he was celebrated for being a shoplifter, stealing from the greedy to give to the needy.

Allegedly gifted with the power of future sight, Saint Basil is said to have predicted several deaths, as well as the Great Fire of Moscow in 1547. He could be seen wandering through town naked and was noted for rebuking Ivan the Terrible, criticizing the tyrant for his treatment of innocent people, as well as for not paying attention during church services. However, Saint Basil was so loved and revered that Ivan actually acted as pallbearer at his funeral. 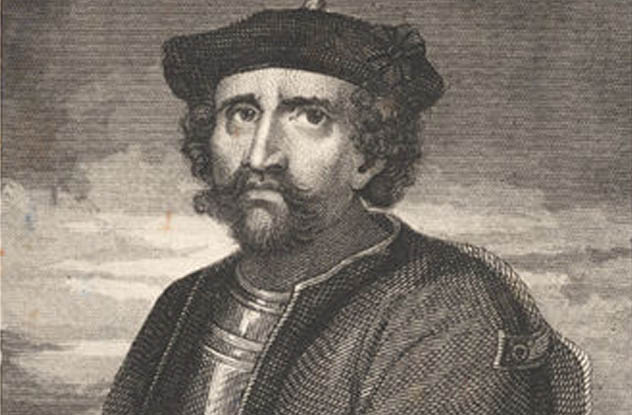 Born in Scotland in the late 17th century, Rob Roy MacGregor grew up in a relatively peaceful time in Scotland’s history, with nearly 18 years free of the clan warfare that normally ravaged the country. Rob Roy is an Anglicization of the Gaelic nickname “Raibeart Ruadh,” which translates to “Red Robert, ” a reference to the man’s hair.

Growing up as a cattle rustler and blackmailer, MacGregor was able to live comfortably, until the Duke of Montrose got him so far into debt that he was ruined. The duke also evicted MacGregor’s wife and children from their house, burning it to the ground.

Now with nothing to lose, MacGregor turned to a life of banditry, primarily aimed at the duke. Credited with multiple daring prison escapes, he was finally arrested in the early 18th century, due to his involvement in the Jacobite Rising of 1715. Beloved for the supposed charity he bestowed on the less fortunate, a trait which may have been exaggerated after his death, MacGregor was extremely popular in life, even receiving a royal pardon for all his crimes in 1726. 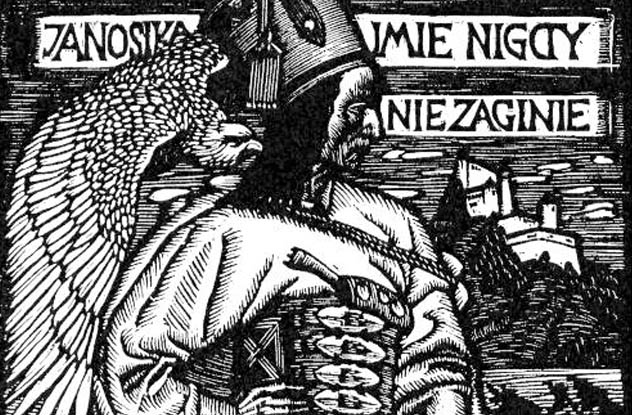 When travelers passing through the Mala Fatra Mountains of central Slovakia heard the following catchphrase, they knew they were going to have a bad time: “Stop! Your soul belongs to God and your money belongs to me!”

That was the signature phrase of the bandit Juraj Janosík, who prowled the country during the first part of the 18th century. Born into an impoverished family, he began fighting the Habsburg army just after his 18th birthday and was captured shortly after. It was during his prison stay that he met the bandit Tomas Uhorcík, with whom he escaped prison after being allowed to guard his fellow prisoners.

Together, the two of them, along with nearly 30 other men, began ambushing the rich who traveled the countryside. Unlike many bandits, Janosík forbade bloodshed. Yet his crew was quite successful, amassing a large collection of riches, most of which they shared with the poor of Slovakia. He was eventually caught, after a brief career of only a few years, and he was sentenced to death. The traditional execution for bandit leaders was to have a hook thrust into the left side of the body. They were dangled until they died.