Much like Isaac Newton imagined when he gave his famous “shoulders of giants” quote, our modern civilizations owe a great deal to those which came before us. While examples like the Sumerians or Egyptians are deeply ingrained in nearly everyone’s minds, there are a number of other civilizations which have been largely forgotten. Here are 10 of them. 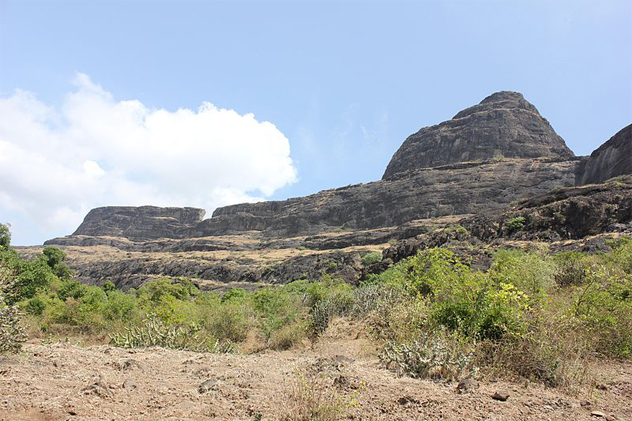 The Hattians were a civilization which inhabited the area of present-day Anatolia, Turkey from the 26th century to around the 18th century B.C. Believed to be the earliest urban settlers of the area, their existence can be traced to 24th-century Akkadian cuneiform tablets. Most archaeologists believe that they were indigenous to the area preceding the more famous Hittite civilization, which arrived in the 23rd century B.C. The two cultures slowly merged together, with the Hittites adopting a variety of Hatti religious beliefs and practices. Many of the largest Hittite settlements, such as Alaca Hoyuk and Hattusa, are believed to have originally been Hattian.

While they had their own spoken language, no evidence of a written form of the Hatti language has ever been found. It’s likely that they were multilingual, perhaps to facilitate trade with their Assyrian partners. In fact, most of what we know about the Hattians comes from the widespread adoption of their culture by the Hittites. Their population probably existed as a majority for decades—if not centuries—while they were under the aristocratic rule of the Hittites, before they eventually faded away into obscurity. 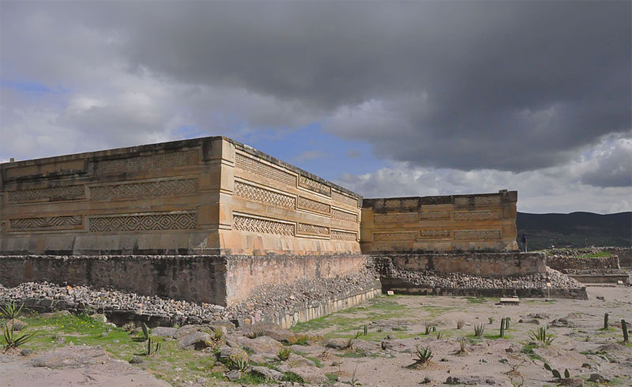 While most people are familiar with the Aztecs and the Maya of Mesoamerica, the people known as the Zapotec remain relatively obscure. Among the first people in the area to use agricultural and writing systems, they also built one of the earliest recognized cities in North America—Monte Alban. Founded in the fifth century B.C., the city was home to a maximum of 25,000 citizens and lasted for over 1,200 years. In Monte Alban, a privileged class made up of priests, warriors, and artists ruled over the lower classes.

Like many of the civilizations of Mesoamerica, the Zapotecs subjugated the surrounding areas through a mix of warfare, diplomacy, and tribute. The sudden downfall of their culture seemed to have no reason, and their largest city was mostly left intact, though it was eventually ruined by years of abandonment. Some scholars believe that a failure of their economic system may have pushed the Zapotecs to find work elsewhere. The rest of the population grouped together into various city-states, which proceeded to fight each other (as well as outside forces) until they were no more. 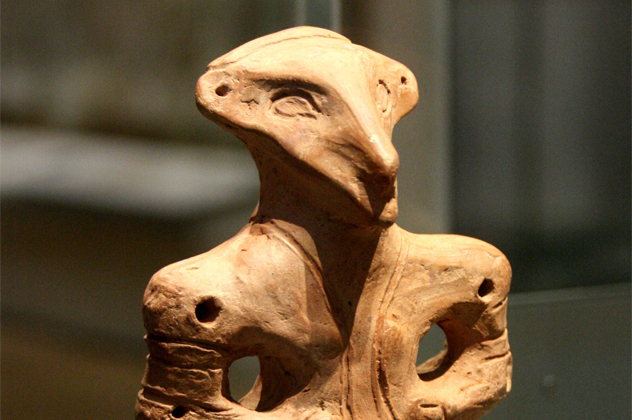 Europe’s biggest prehistoric civilization, the Vinca, existed for nearly 1,500 years. Beginning in the 55th century B.C., they occupied land throughout Serbia and Romania. Named after a present-day village near the Danube River, where the first discoveries were made in the 20th century, the Vinca were a metal-working people, perhaps even the world’s first civilization to use copper (they also excavated the first mine in Europe).

Though the Vinca people had no officially recognized form of writing, examples of proto-writing, symbols which don’t actually express language, have been found on various stone tablets which date as far back as 4000 B.C. In addition, they were artistic and fond of children; archaeologists have found various toys, such as animals and rattles, buried among the other artifacts. They were also extremely organized—the houses of the Vinca civilization had specific locations for trash, and the dead were all buried in a central location. 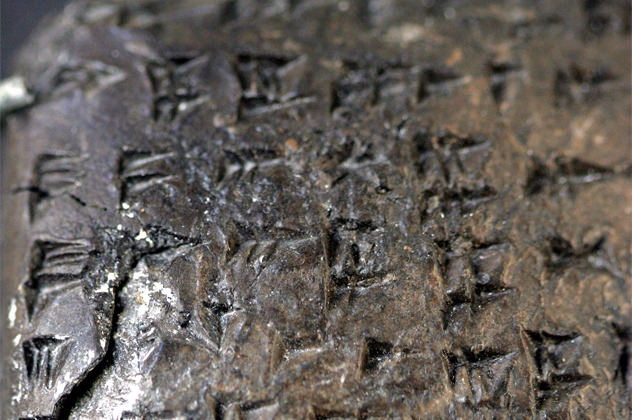 Another civilization which influenced the Hittites was the Hurrian people, who lived throughout the Middle East during the second millennium B.C. It’s probable that they were around even earlier than that: Personal and place names written in the Hurrian language were found in Mesopotamian records dating back to the third millennium B.C. Unfortunately, very few artifacts of their civilization exist; most of what we know about them comes from the writings of other cultures, including the Hittites, Sumerians, and Egyptians.

One of their largest cities is known as Urkesh and is located in northeastern Syria. Urkesh is also where the earliest known text in Hurrian, a stone tablet and statue known as the Louvre lion, was found. Long believed to be mainly nomadic, scholars now believe that the Hurrians may have had a much bigger impact than previously thought, mostly due to the way their language differed from other Semitic and Indo-European tongues. However, by the end of the second millennium B.C., nearly all ethnic traces of the Hurrians had disappeared, with only their influence on the Hittites left behind. 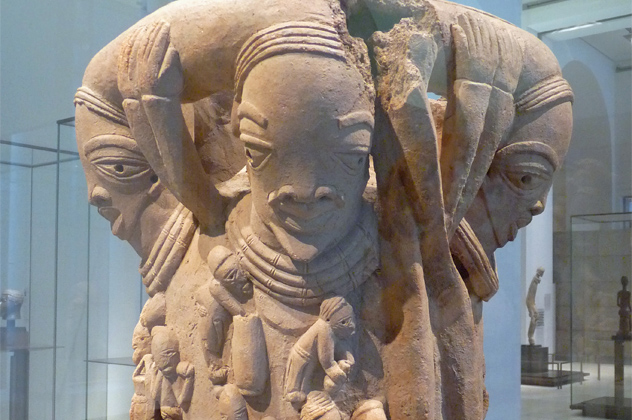 Named after the area in Nigeria in which artifacts of their culture were first discovered, the Nok civilization flourished during the first millennium B.C. before fading into obscurity in the second century A.D. Some theories posit that the overexploitation of natural resources played a large role in the population’s decline. Whatever the case, scholars believe that they played an important role in the development of other cultures in the area, such as the Yoruba and Benin peoples.

Perhaps the best-known examples of their artistic nature are the terra-cotta figures which have been found throughout the area. They were also the earliest known Africans to have smelted iron, though it’s believed that it was introduced to them through another culture, perhaps the Carthaginians. The reason for this assumption is that no evidence for copper smelting has ever been found, which was a precursor to an iron age in nearly every other civilization. Although they’re believed to be one of the earliest African civilizations, evidence of their existence has been slow to come to light because modern-day Nigeria is a notoriously difficult place to study. 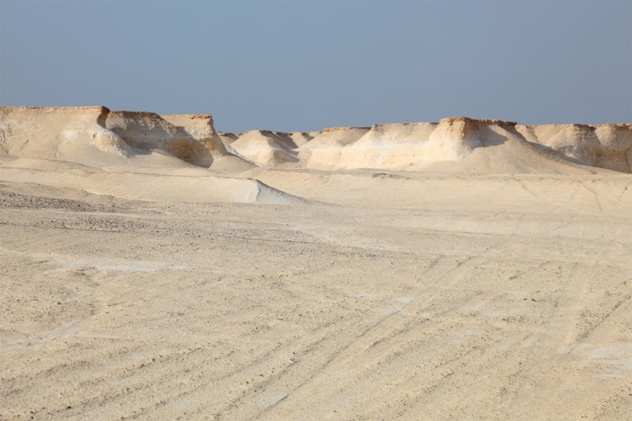 A popular trading partner with ancient Egypt, the land of Punt (pronounced “poont”) was famous for producing incense, ebony, and gold. Scholars differ on where they believe the civilization was, with a range from South Africa all the way up the coast to the Middle East. Even though the Egyptians wrote extensively on the land and its people, they never bothered to actually say where it was.

A lot of our knowledge of Punt comes from the reign of Hatshepsut, the famed female pharaoh who ruled Egypt during the 15th century B.C. Reliefs in her mortuary temple contain information on a rather large trade expedition to Punt, as well as more specific details, like pictures of beehive-shaped houses on stilts. A scene showing Hatshepsut receiving wondrous gifts from the exotic land is also carved into the temple walls. Unfortunately, no actual archaeological evidence showing the location of Punt has ever been found, although there have been numerous Egyptian artifacts inscribed with the civilization’s name, giving scholars hope that Punt might one day be unearthed. 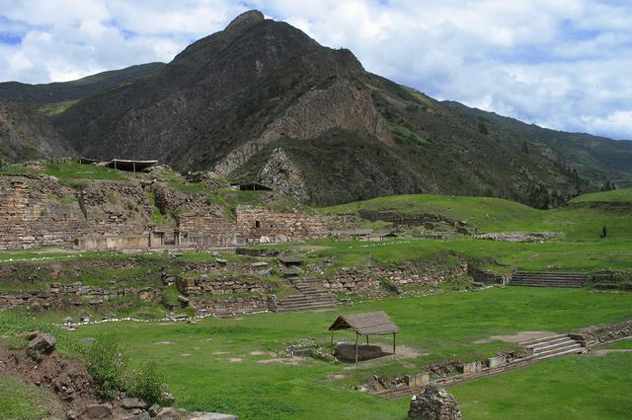 Beginning with its arrival during the third millennium B.C. and lasting for over 1,200 years, the Norte Chico civilization dominated South America as the oldest sophisticated culture on the continent. Named for the region of present-day Peru which they occupied, they had 20 major cities, with advanced architecture and agriculture making up a large portion of their settlements. They also developed intricate irrigation systems, sophistication which was unheard of in the Americas at that time. 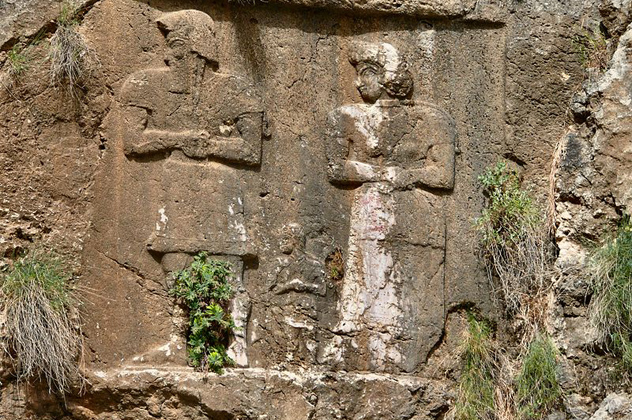 Although their name for themselves was Haltam, the name “Elam” comes from the Hebraic transcription of the word. The Elamite civilization consisted mostly of land inside present-day Iran, along with a small portion of Iraq. One of the earliest civilizations, it was founded sometime in the third millennium B.C. and is by far the oldest in all of Iran. Situated along the borders of Sumer and Akkad, the land of Elam was similar to its neighbors, although its language was altogether unique.

Although they lasted as an independent kingdom for at least a millennium, if not longer, very little is known about them because Elamite scribes were not concerned with documenting their mythology, literature, or any scientific advancements. Writing was mostly seen as a way to honor the king or perform administrative duties. Due to this fact, they made a rather small impact on the development of future civilizations, especially when compared to the Egyptians and Sumerians. 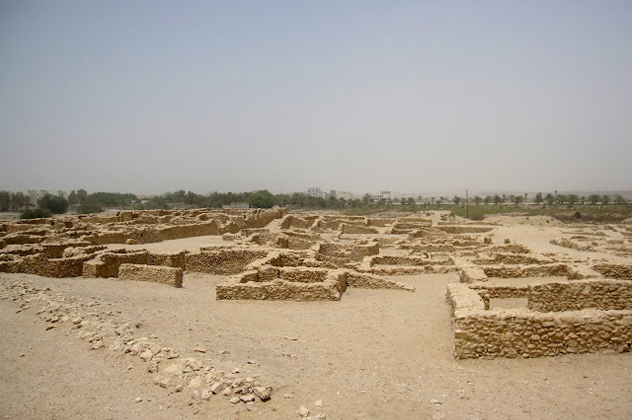 An important trading civilization in its heyday, Dilmun encompassed an area consisting of present-day Bahrain, Kuwait, and parts of Saudi Arabia. Although very little concrete evidence has been found as of yet, scholars believe that a few sites, namely Saar and Qal’at al-Bahrain, are ancient settlements of the Dilmun people. Saar is still being investigated, but a large number of the artifacts that have already been found there date to the third millennium B.C., lending credence to the theory that it was built by the Dilmun civilization.

Dilmun was a major commercial player in its day, with control over the Persian Gulf trading lanes and a communication network that reached as far away as Turkey. Numerous water springs flow all across the area, which researchers believe may have led to the legend of Bahrain being the Biblical Garden of Eden. In addition, Enki, the Sumerian god of wisdom, was said to have lived in the underground springs. Described as “the place where the sun rises,” Dilmun played a large role in Sumerian mythology; according to legend, Dilmun was the place where Utnapishtim was taken to live for eternity. 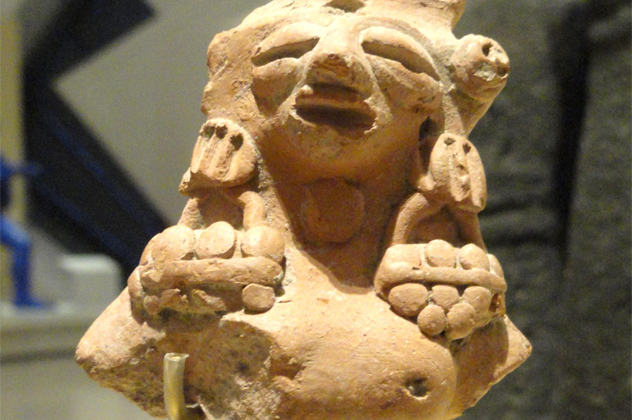 Also known as the Indus Valley Civilization, the Harappans were a group of people who lived in parts of present-day Pakistan and India. Gifted with the idea that planning cities in advance would be a good idea, their urban areas were second to none; unfortunately, due to what scientists believe to have been a massive, centuries-long drought, their culture slowly declined, never to rise again. This is currently nothing more than a theory, but it helps explain other cultural declines in the area as well.

Beginning sometime in the 25th century B.C., the Harappans also developed their own language, a script with nearly 500 different characters which has not been completely deciphered even today. Their most noteworthy artifacts are seals, usually made of soapstone, which depict various animals and mythical creatures. Harappa and Mohenjo-Daro are the two largest Harappan sites, with the former labeled as a UNESCO Heritage Site. When it collapsed, the ruins of the Harappan civilization provided a template for the various other cultures which sprang up after it.