The British Empire was capable of terrible evil. It massacred and subjugated millions of its subjects and played a significant role in the slave trade. It’s no surprise the British faced uprisings, yet brutality is a trait that’s been known in all people throughout history. Many of those who stood up to the Empire showed their own capacity for horrifying acts. 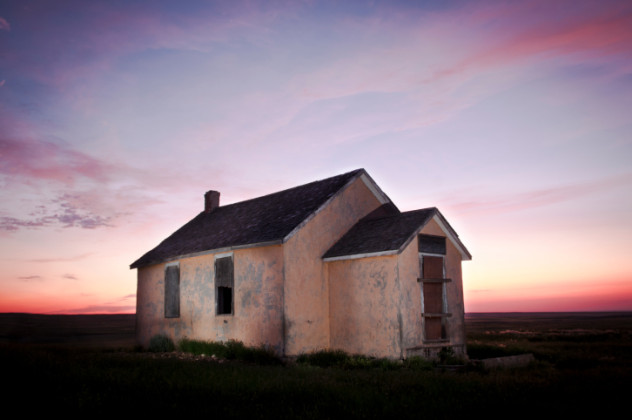 On May 7, 1763, a Native American alliance led by Chief Pontiac launched an attack against a British force near Detroit. This was the start of Pontiac’s War, a series of sieges and battles that lasted a full year. The war included the Devil’s Hole Massacre (which we’ve told you about before). It ended with the British using smallpox blankets to commit biological warfare against the natives.

It was during these hostilities that Pennsylvania’s Governor John Penn made a “promise of bounties to be paid to the white man for Indian scalps.” Gangs of settlers took his word and began murdering and scalping Native Americans.

The natives retaliated with the first school massacre in what would become the United States on July 26, 1764. Three native warriors entered the schoolhouse of teacher Enoch Brown and his 11 pupils. They clubbed the teacher and children to death before slicing off their scalps, with one painful exception. Archie McCullough was still alive when his scalp was removed, though the natives may have believed him dead when they left. McCullough’s name is featured on the memorial that sits on the site of the massacre today, along with Brown’s, four other children’s, and “six others (names unknown).”

9The Black Hole Of Calcutta 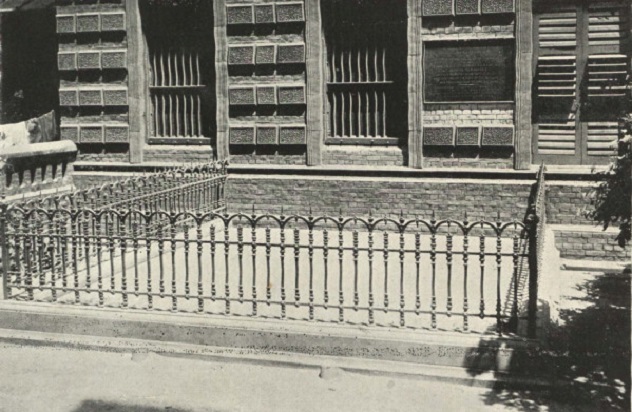 In June 1756, the city of Calcutta was taken by Bengalese forces, who overcame defending troops from the East India Company. Governor John Z. Holwell was captured along with dozens of other Europeans, and on June 20, they were all crammed into a prison cell. The lockup had been used to imprison petty criminals by the British, and the floor was only 5.5 meters by 4 meters (18 ft by 13 ft).

The prisoners were left overnight, pressed together and unable to move, in the heat of the Indian summer. They were given no food or water. When Holwell reported on it later, he claimed that 143 people went into the cell, and only 23 came out alive. It became a massive propaganda piece for the British, painting Indians as brutal and increasing support for British rule throughout India.

Later analyses of the event suggest that Holwell exaggerated. There were likely around 64 captives, though they were crammed into a space designed for one-tenth of that number. The number of survivors reported by Holwell is probably fairly close to accurate. Still, that’s a best-case scenario of 40 horrific deaths and over 20 others spending the night crammed among corpses.

8The Siege Of Cawnpore 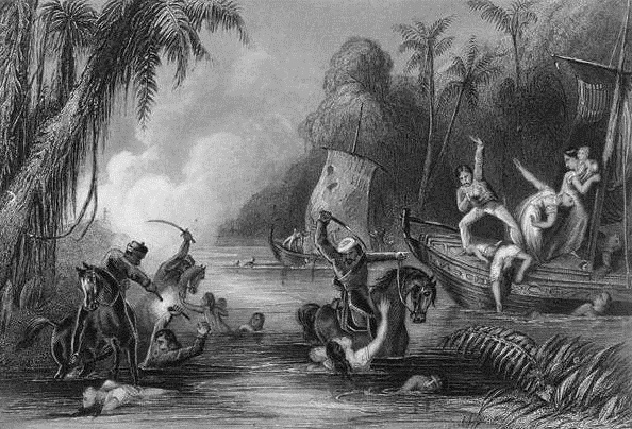 The Indian Rebellion of 1857 was one of the biggest uprisings during British rule, reaching its climax with the siege of Cawnpore. The British there weren’t prepared for a long siege and surrendered. The British women and children were taken into captivity, while the rebel forces massacred the men as they were leaving the city. Only four men survived, one of whom was Colonel Mowbray Thomson. He wrote a book about the siege and described the conditions of the women and children as so bad that “the black hole of Calcutta and its sharp but short agonies must sink into insignificance.”

He reported that, in total, there were 210 people forced into a single house. The captives were fed a single meal each day, and they had no furniture or bedding. He notes that none of the women were raped (“no indignities were committed upon their virtue”) but suggests that was simply because they’d been so badly treated that they’d become unattractive to the captors.

Close to a month later, with British reinforcements approaching, rebel leader Nana Sahib decided to kill all of his captives. Most of his troops apparently refused to shoot the defenseless women and children, so Sahib had five of his most brutal men enter the house with long knives. The prisoners were butchered and their bodies were thrown into a well, some of them while possibly still alive. From that point, the British soldiers turned “Cawnpore!” into a battle cry. 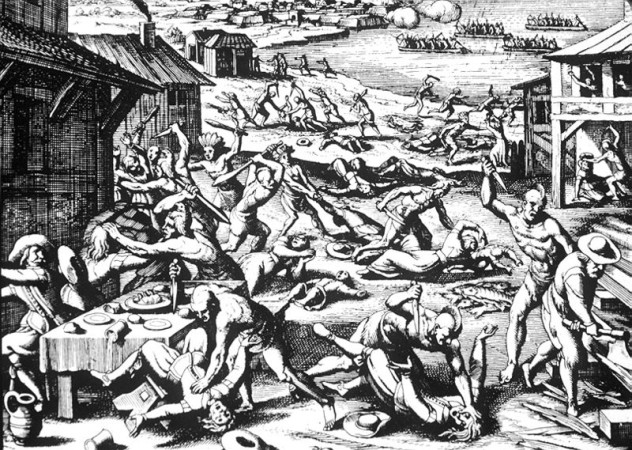 The 1622 massacre of English settlers at Jamestown took place on Good Friday. At that time, relations between the settlers and the natives were said to be good. On the morning of the attack, many Native Americans brought gifts to the English in Jamestown. They made conversation and shared breakfast.

Suddenly, according to reports, the natives acted in unison to grab anything they could use as a weapon and set about brutally attacking the English. More than a quarter of the village—some 347 people—were killed.

The attackers burned buildings, killed livestock, and mutilated the corpses of their victims before they fled. Forty women were taken captive. Reports from the following year indicated that 19 of the captured women were being kept in slavery. The events inspired equally brutal retaliation from the English. 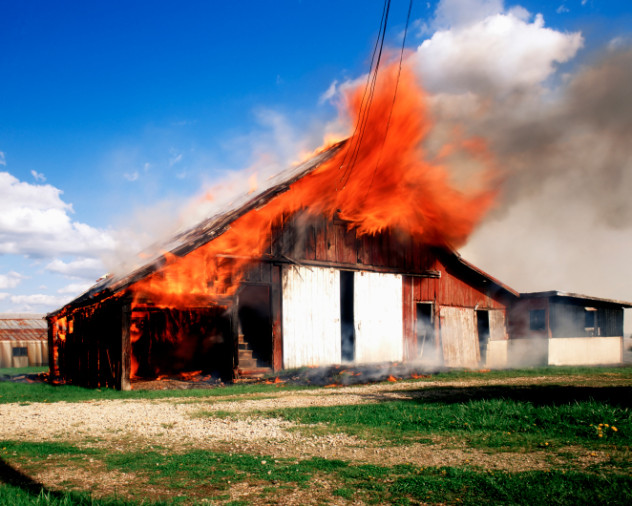 British rule in Ireland was never without opposition. The Irish uprising of 1798 was among the most violent of encounters between the British and Irish nationalists and included the massacre at Scullabogue. It was described in a speech by the Lord High Chancellor of Ireland as an event “which will remain a lasting disgrace to human nature.”

On June 5, 1798, insurgents took up to 200 noncombatant prisoners at a farmstead. The captives, including several children, were driven into a barn, shot, and stabbed until they were able to shut the barn doors. The Irish nationalists set the barn alight, and everyone inside either suffocated, burned, or was trampled to death. 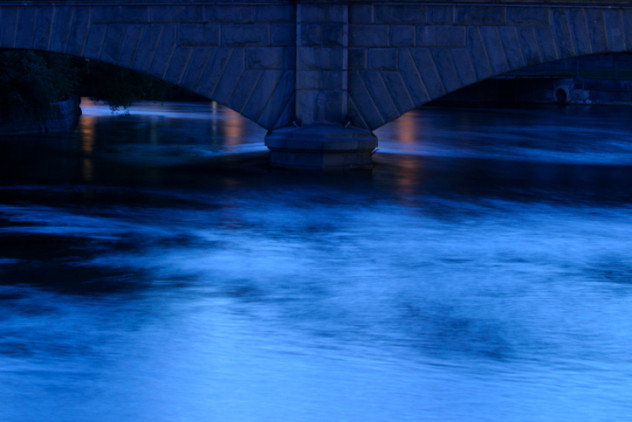 The uprising of 1641 saw the Catholic Irish launch a brutal revolt against Protestant settlers from across the sea. In total, somewhere between 4,000 and 12,000 settlers were massacred over the course of the year, out of a population of only 40,000. The event with the highest death toll took place in November 1941 in Portadown.

Armed Catholics forced 100 people into the River Bann. Many of them were children. As a woman named Eleanor Price described the events, “then and there instantly and most barbarously drowned the most of them: And those that could swim and come to the shore they either knocked them in the hands and so after drowned them, or else shot them to death in the water.” Among those killed were five of her own children. 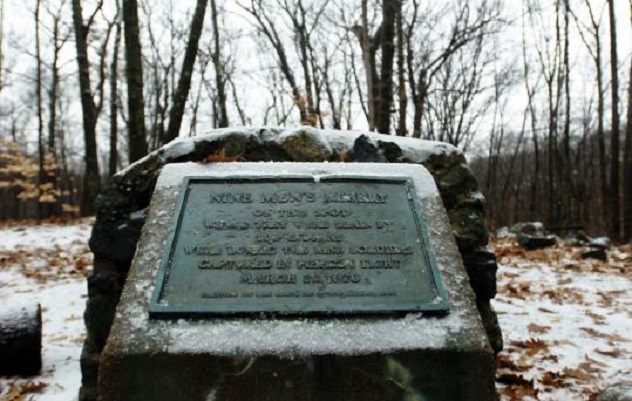 In the countryside of Rhode Island is a plaque that reads, “On this spot, where they were slain by the Indians, were buried the nine soldiers captured in Pierce’s Fight, March 26, 1676.” The Pierce in question is Captain Michael Pierce. He was leading a group of 80 militiamen during the conflict with Native Americans known as King Philip’s War. Believing he was following a small group of tired natives, he was actually being lured into a trap. Nearly all of his men were killed, but 10 were captured.

The natives were set on revenge for the brutality they had experienced from English settlers. While none survived, the decapitated bodies of nine men were found later. They had been tortured and possibly skinned alive before they were dismembered. The marker at the site where they were buried has been called The Nine Men’s Misery. Inevitably for New England, the area is said to be haunted by the screams of the tortured settlers. 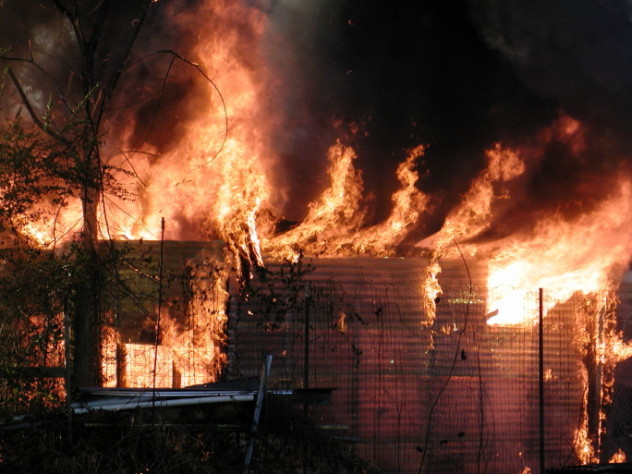 On February 8, 1690, a combined force of French-Canadian settlers and Native Americans committed a brutal raid on the English settlement of Schenectady. The raiders had traveled nearly 500 kilometers (300 mi) through the winter snow in order to attack, and they did everything they could to ensure their journey wasn’t in vain.

At night, while the settlement slept, the force of around 190 spread out. Six or so men stood outside each building until a signal was given, then they burst in, attacking each family before anyone had a chance to respond. They murdered indiscriminately, primarily targeting men but not caring whether they shot women and children.

Within a couple of hours, 60 of the English were dead, around half of the population. The rest were rounded up and taken prisoner. The men and boys were taken as slaves and forced to march back to Canada. The women and girls were left with the corpses of the fallen but not before all of the buildings were burned to the ground. 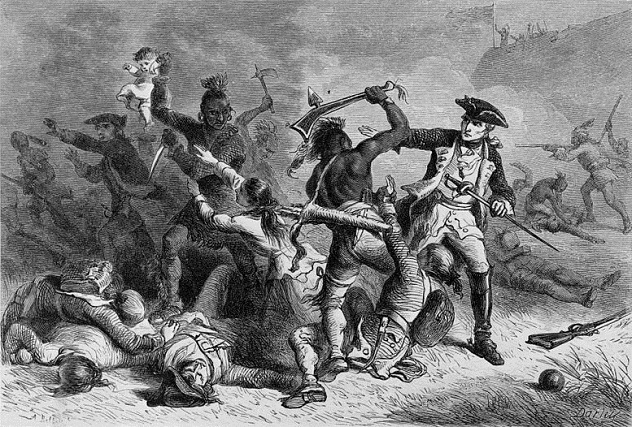 In July 1757, a garrison of 2,000 British troops stationed at Fort William Henry, New York came under siege. Their attackers were several thousand Native Americans and Frenchmen. While the Brits were able to hold them off for a while, their position soon became desperate, and the commander of the fort agreed to surrender.

The French offered good terms: The men would be marched from the fort and prevented from fighting for 18 months. The British agreed and began leaving with their wounded. However, the native forces didn’t play by the same gentlemen’s rules of war.

The Abenaki warriors intended to defend their lands from the invading British in the harshest way possible. As the captives were leaving the fort, having disarmed themselves, the Abenaki attacked. The sick and injured were killed easily, and the Abenaki also murdered women and the children of the soldiers who had been living at the fort. The French were eventually able to stop the slaughter but not before 200 British were dead. 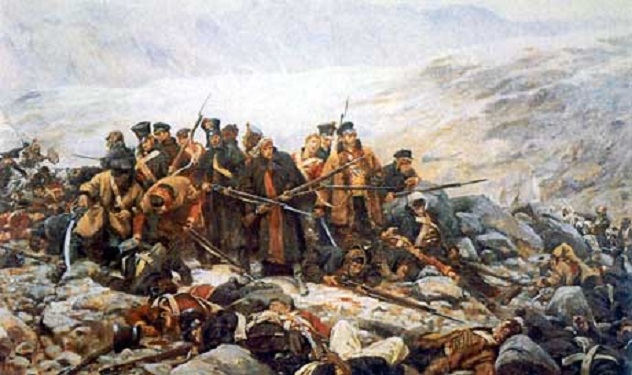 In the 1830s, Britain’s biggest competitor was the Russian Empire. Afghanistan was seen by Lord Auckland, Governor General of India, as a key strategic area. This belief launched Britain into the First Afghan War in 1840, one of the various disastrous military campaigns they would fight there.

By the start of 1842, the British were losing badly. They had a garrison in Kabul that was home to 4,500 troops, alongside 12,000 of their wives, children, and servants. Having conceded defeat, the British negotiated with their enemies, the Ameers, to receive safe passage to India through the Khyber Pass.

The Ameers completely ignored their agreement. They swarmed the British column, killing many thousands directly. They also destroyed the British supply trains. Many of the travelers died of frostbite, and around 2,000 went back to Kabul and were taken into slavery. Of the 16,500 that began the journey, only one person made it to India.