If literary history teaches us one thing, it’s that people were just as confused and immature in the Middle Ages as they are now. From unsolvable codes to 13th-century penis doodles in the margins of bibles, history is like an all-encompassing high school cliche that never comes to an end. These books span the course of written history, and they’re all utterly bizarre.

SEE ALSO: 10 Books That Have Been Lost To History 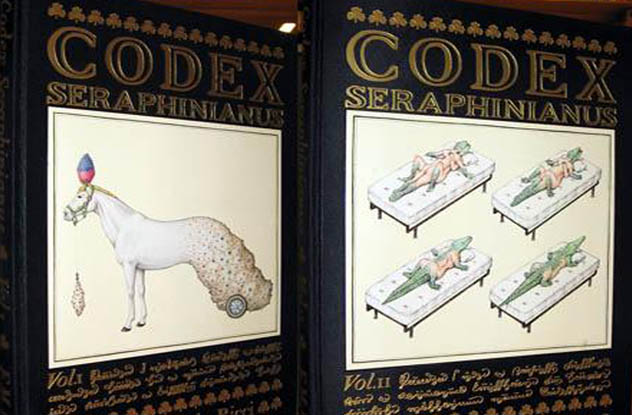 Written in a language that no one understands and filled with illustrations of surreal, impossible things, Codex Seraphinianus is possibly the strangest encyclopedia in the world. When Italian architect Luigi Serafini published the book in 1981, he presented it as a factual, scientific work. One look at the outlandish potpourri of images, however, reveals that Codex Seraphinianus is anything but scientific.

The entire book is handwritten, and the illustrations are all hand drawn and colored by Serafini himself, a task that he labored over for two years. Scholars have spent years trying to decipher the book, but the only thing we’ve figured out is that “Seraphinianus” is just a variation of Serafini’s name. As for the book’s language, the “alphabet” has about two dozen characters, and relates to absolutely nothing else humanity has ever created. 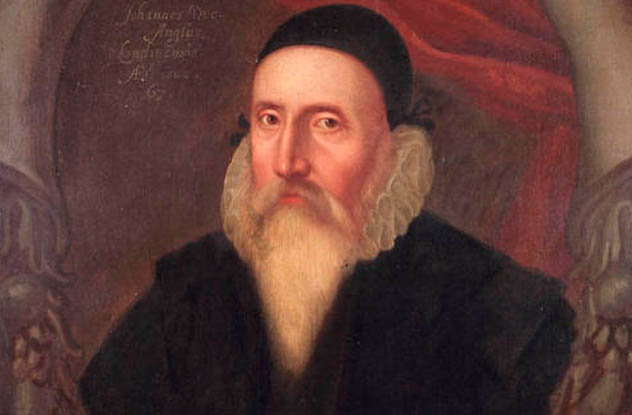 On March 10, 1552, mathematician John Dee had a conversation with an angel. As a firm believer in both science and the occult, Dee’s life straddled the line between reality and the spirit world. He had already amassed the largest library in London, but it was the anonymous Book of Soyga to which he devoted his most attention.

The book was a conundrum—over 40,000 letters covered its pages, but they were arranged in a haphazard fashion that made little sense. As Dee worked tirelessly to translate the code, he slowly realized that the Soyga was an in-depth list of magical incantations. The biggest mystery of all was contained in the last 36 pages. Each page was devoted to a table of letters—a code which Dee never managed to crack. So he decided to go beyond our world for the answer.

On a trip to continental Europe, Dee enlisted the help of a spiritual medium to summon the Archangel Uriel. Dee opened the conversation by asking if the book meant anything. Uriel replied that the Book of Soyga had been given to Adam in the Garden of Eden. When Dee asked for help translating the tables, Uriel replied that he didn’t have the necessary clearance; only Archangel Michael knew the secret.

Dee never managed to reach Michael, and after his death, the book was lost for nearly 500 years. There are now two known copies of the Book of Soyga—one in the British Library and one in Oxford’s Bodleian Library. The code is still unsolved. 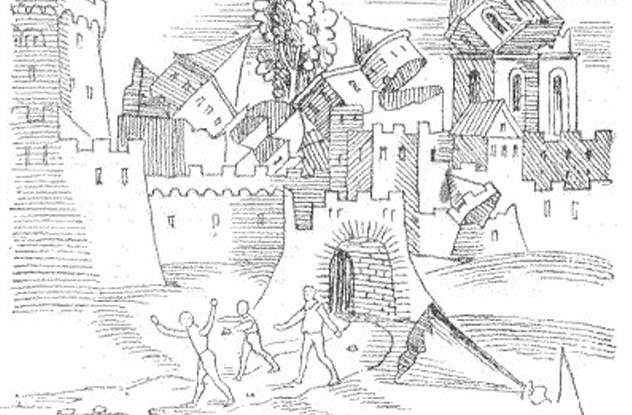 Otherwise known as the Chronicle of Portents and Prophecies, this book was written in 1557 by the French humanist Conrad Lycosthenes. Laid out like an encyclopedia, the book transcribes otherworldly happenings since the time of Adam and Eve. But while the encyclopedic Codex Seraphinianus was a book of fantasy, Lycosthenes’s Chronicle was relatively factual—at least in the sense that it covered actual reports. Sandwiched in between well-documented disasters, floods, and meteor showers (including Halley’s comet) are descriptions of sea monsters, UFOs, and various biblical themes.

The Chronicle was incredibly detailed and contained over 1,000 original woodcut illustrations of the phenomenon described. There are still several copies floating around, usually on rare book websites, where they sell for several thousands of dollars. 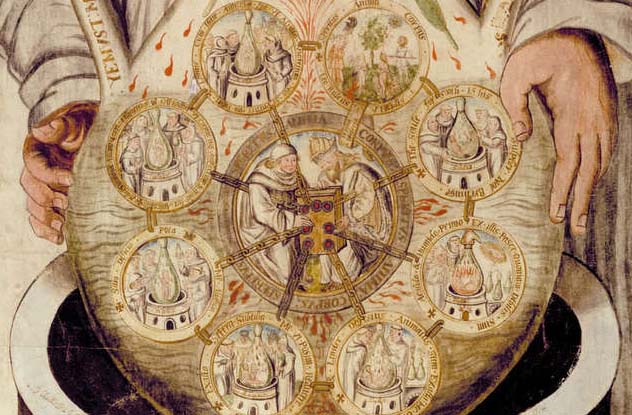 When Isaac Newton began delving into the mystical world of alchemy, he turned largely to the works of Sir George Ripley, a 15th-century writer who created some of the longest-lasting works on the subject. His most enduring is without a doubt the enigma that has come to be known as the Ripley Scrolls.

The scrolls are a picture-book recipe for creating the elusive philosopher’s stone, a fictional material supposedly able to turn lead into gold. Although the original version of the Ripley Scrolls has been lost to time, a handful of artists in the 16th century created reproductions of the alchemical work, and 23 of those remain. Each one is slightly different, since all the reproductions were made by hand. The largest scroll is a massive 6 meters (19.5 ft) long, with a dense patchwork of illustrations covering the majority of it.

6The Story Of The Vivian Girls 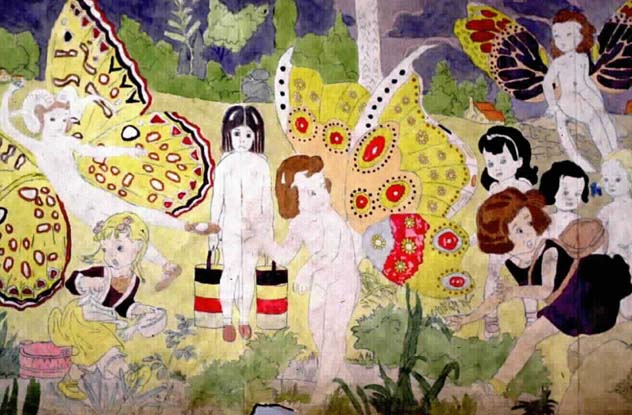 The entire time Henry Darger was working as a janitor in downtown Chicago, nobody knew that he was secretly writing one of the most bizarre and intricate storybooks of all time. When he died in 1973, Darger’s landlord discovered a 15,000-page manuscript entitled The Story of the Vivian Girls, in What is Known as the Realms of the Unreal, of the Glandeco-Angelinian War Storm, Caused by the Child Slave Rebellion.

The book was immense, a sprawling epic composed of more than nine million words and over 300 watercolor illustrations, most of which were made by juxtaposing images from magazines and newspapers and tracing over them. Some of the final illustrations were laid out on massive sheets of paper over 3 meters (10 ft) wide. Nobody really knows how long Darger worked on the book, although it’s believed to have been decades. He lived in the same cramped, single-room apartment for over 40 years, and he never spoke a word of his lifelong dream to anybody. 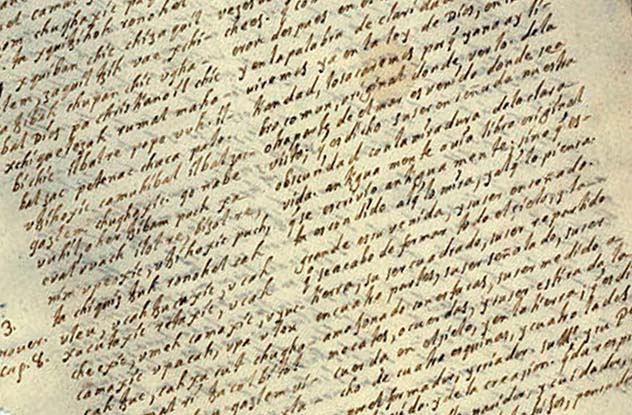 Calling Popol Vuh “bizarre” is probably inaccurate; in the correct context, it’s no more unusual than any book of mythology or history. But from an outside view, this tome is breathtaking. Written over the course of centuries by an unknown number of people, Popol Vuh covers the entire span of Mayan history and mythology—taken straight from the mouths of the 16th-century Maya.

In the early 1700s, a Dominican priest named Francisco Ximenez journeyed into the heart of the Mayan civilization and began transcribing Popol Vuh, which means “Book of the People.” Ximenez’s original text was written in two columns —one for the original K’iche’, the language of the Guatemalan Maya, and one in Spanish. It’s because of this dual version that we still have a relatively accurate version of the stories, even after four centuries of translations.

As for the book itself, its content covers everything from the creation of the world up until the time it was written, sort of the Mayan parallel to the Bible. 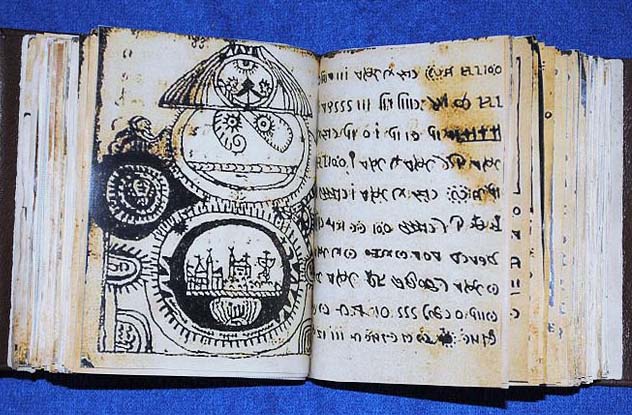 One of the most mysterious books in existence today is a work known as the Rohonczi Codex, commonly spelled Rohonc Codex. Not only do we not know what it says, we also have no idea where it comes from. In the early 19th century, the manuscript was donated to the Hungarian Academy of Sciences in the city of Rohonc, but that’s where the trail tapers off.

One of the reasons the Rohonc Codex has remained undecyphered for so long is its apparent alphabet. Most alphabets have somewhere between 20 and 40 characters, making it relatively easy to start replacing coded symbols with letters. The Rohonc Codex has nearly 200 separate symbols in its 448 pages, and no matter how many scholars take a crack at it, nobody can agree on a translation, let alone a general geographic area where it might have been written. Guesses range from Hungary to Romania to India.

It’s such an impressive code that scholars in the 19th century concluded that it had to be a hoax, although these days it’s believed to be genuine. If you want to take a crack at it, you can access all the pages online. 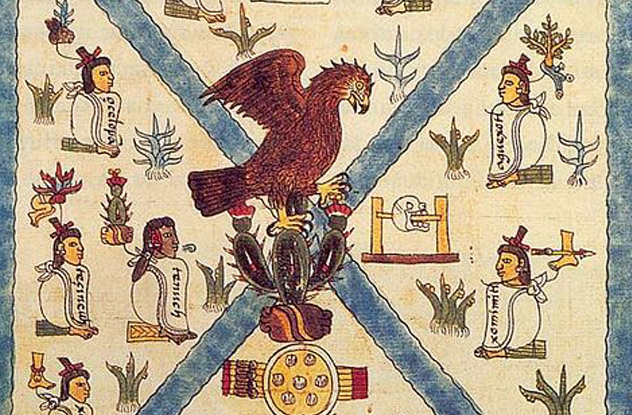 The history of the Codex Mendoza reads like the plot to an adventure novel. Following the long and bloody conquest of the Aztec Empire, the Spaniards claimed their region of Mexico as property of the Spanish king, and they instated Antonio de Mendoza as the new empire’s first viceroy. One of Mendoza’s acts as ruler was to commission a history of the Aztec people, which he sent via ship back to Spain.

On the way, French pirates seized the Spanish ship, killed everyone on board, and plundered its storage hold. Lost in the mix, the Codex Mendoza was carried to France, where it was found by one of the king’s advisers in 1553. For the next hundred years, the Mendoza floated around Europe, surfacing here and there before its final plunge into obscurity. It wasn’t until 1831 that the document was found in a storage room at the Bodleian Library.

Intricately detailed, the Codex Mendoza is broken into three sections. The first one gives the lineage of the Aztec kings, the second one lists all the Mexican towns that paid taxes to the Aztec empire, and the third is a description of everyday Aztec life. The images were hand painted by Aztec slaves under the command of the Spanish empire. Brought together, the Mendoza gives us the single largest glimpse into the Aztec empire, which is especially important since the Spanish burned nearly everything else the Aztecs had.

2Dancing Lessons For The Advanced In Age 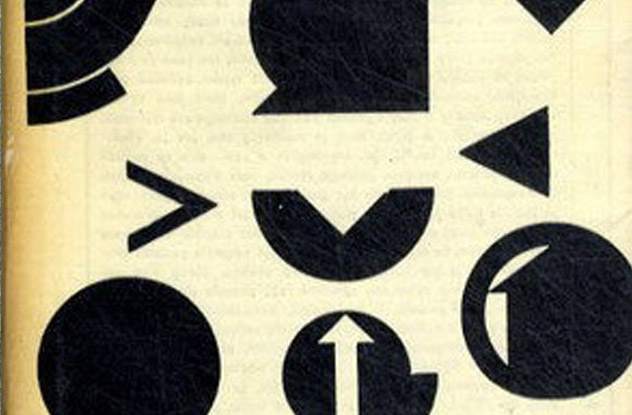 Dancing Lessons for the Advanced in Age is a Czech novel written in 1964 by Bohumil Hrabal. It’s a story about an old man who walks up to six women sunbathing in the middle of a city and just starts talking about things that have happened to him in his life. It sounds like an average setting for any normal literary work, except for one thing: The entire book is only one sentence long. And we’re not talking about a Hemingway-esque “For sale: baby shoes, never worn ” sentence—Hrabal’s book is 128 pages long, making it just a little shorter than The Great Gatsby.

Hrabal was known for using lengthy sentences in his novels, a style which helped him combine a sense of both sadness and comedy in a single event. He’s considered one of the greatest Czech authors in history, and—one sentence or not—Dancing Lessons has been called “the best book you’ve never read.” 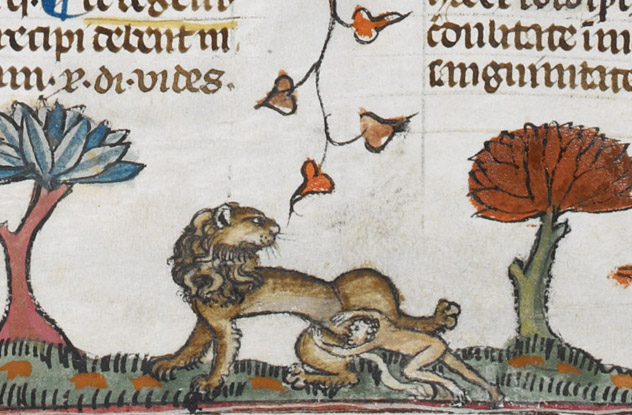 Officially known as the Decretals of Gregory IX, this is a collection of canonical law ordered in the 13th century by Pope Gregory IX. Such collections were fairly common at the time, but what’s bizarre about these decretals is the illustrations that went along with them.

The Smithfield Decretals were created as an illuminated manuscript, which was a style that combined illustrations and flowery calligraphy with the lettering. It was a painstaking and expensive process, because each drawing had to be done by hand. Again, nothing unusual about that; plenty of early religious texts did it.

But when you dig through the copious illustrations in the Smithfield Decretals, you start finding some very weird things. Scattered throughout the pages are violent scenes of giant rabbits decapitating people, geese lynching a wolf, unicorns, and plenty like the intriguing scene pictured above, which appears to be . . . well, you can see for yourself.