Feces are waste—so they must not be valuable. We just dump it and forget all about it. This is even though some pieces of excrement out there are worth hundreds of thousands or even millions of dollars. And yet people actually pay sewer and water bills to get rid of their poop.

It’s not just human feces that are valuable, though. Animal excreta actually top the list. Most of the time, this is because their poop contains some material that can be used to make valuable products. In other cases, the poop itself is considered raw material or a valuable piece of history. 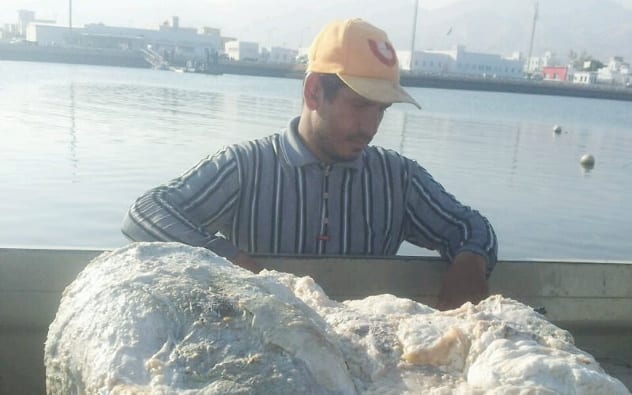 Humans have been using ambergris for over 1,000 years. Today, it is considered an important ingredient in the manufacture of perfumes. Centuries ago, people thought it was hardened sea foam or the poop of some large bird. We only got our answers in the 1800s, when whaling ships started hunting sperm whales for their valuable oils.

Sailors discovered that ambergris is produced by sperm whales. It is made of the beaks and other hard parts of squid and cuttlefish that the whales eat. Sperm whales cannot digest these hard parts and vomit them out instead. However, some manage to get into their intestines, where they get covered in ambergris.

The ambergris mass can remain inside the whale for several years until the animal either vomits or poops it out. Some also think that ambergris lumps occasionally become so large that they destroy the whale’s intestine, killing it. There are speculations that ambergris could also be produced by pygmy and dwarf sperm whales because of their similar diet. 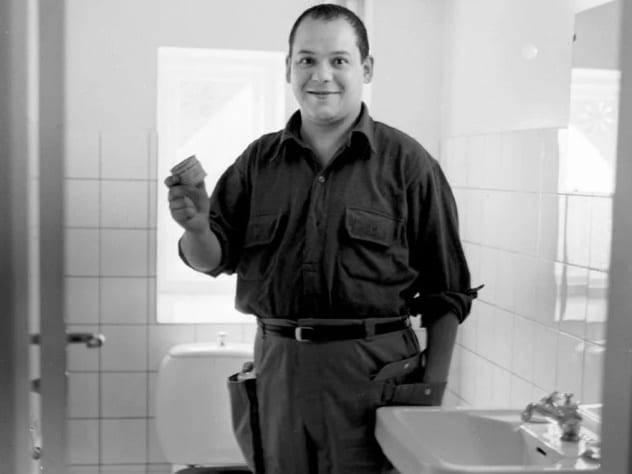 Sometime in 1961, Italian artist Piero Manzoni decided to create some strange artwork with his feces. He pooped in 90 cans, sealed them shut, and put them on sale. He called them Merda d’Artista (Artist’s S–t) and labeled each can “Artist’s S–t, Freshly Preserved, Produced and Tinned in May 1961.” The price was determined by the cost of the same weight in gold.

Interestingly, Agostino Bonalumi, who worked with Manzoni at the time he canned his feces, said the cans actually contain plaster and not poop. Bonalumi added that Manzoni only called them canned poop because he wanted to prove that art collectors would buy any expensive item labeled as art, even if it is poop.

These claims could be true, considering that Manzoni had an eccentric habit of creating unusual artworks. He exhibited plain white sheets, boiled eggs, and a balloon as art during his life. He also sealed some papers inside a box and called it a work of art. He added that the sealed box should no longer be considered art the moment the seal is broken.

Bonalumi has dared buyers to open the cans to see if they really contain plaster. However, buyers are not interested in opening their cans over concerns that the value would tank.[2] At least one can was opened in 1989. Its contents were wrapped, however, and the opener of the can did not unwrap them. 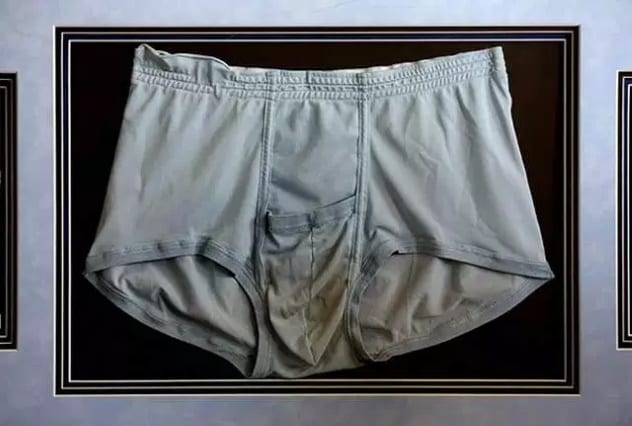 Other items owned by Elvis Presley were successfully sold at the auction. One was a Bible he had used since 1957. Elvis wrote notes in the Bible and underlined statements he found of interest. The Bible sold for £59,000, way above the expected £25,000.

In 2012, an unnamed man dug up a 102-centimeter-long (40 in), brownish-yellow coprolite belonging to an unidentified animal that lived in what is now Toledo, Washington, millions of years ago (between six and 33 million, depending on the source). A coprolite is fossilized fecal matter.

The ancient poop sold at auction for $10,370 in 2014. However, some critics say the coprolite is actually a pseudo-coprolite. Pseudo-coprolites are materials that look like dung but are really something else. Critics think this one was made from volcanic ash that entered a swamp and turned into clay.

Skeptics reached this conclusion because the so-called coprolite did not contain anything that appeared to be digested matter. There was, however, a large amount of siderite, a mineral primarily made of iron. This indicates that it’s just a rock and not a coprolite.[4] 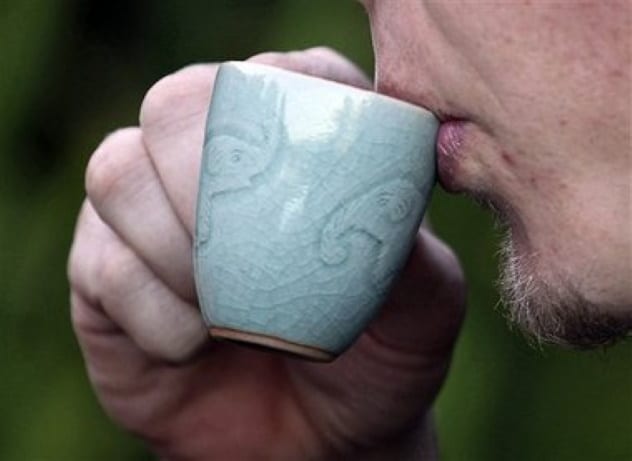 A pound of Black Ivory coffee sold for $500 as of 2012. A cup cost $50. The manufacturer says the coffee has a distinct, non-bitter taste because the beans have been processed by acids in the stomach of the elephant. Their taste has also been altered by the flavor of the sugarcane, banana, and whatever else the elephants consume.

A beer was also been made from elephant poop in 2013. It was called Un, Kono Kuro and was bottled by the Japan-based Sankt Gallen brewery, which marketed it as a chocolate stout, even though it does not contain chocolate but, again, coffee beans picked from the feces of elephants living in the Golden Triangle.

Un, Kono Kuro was quite pricey because the coffee beans are expensive. 35 grams of the elephant-refined coffee beans cost $100. The elephants produce just 1 kilogram of usable coffee beans for every 33 kilograms they consume.[5] Nevertheless, Un, Kono Kuro sold out within minutes when put up for sale online. Sankt Gallen said they had plans to offer it on tap at their then-new Tokyo location. 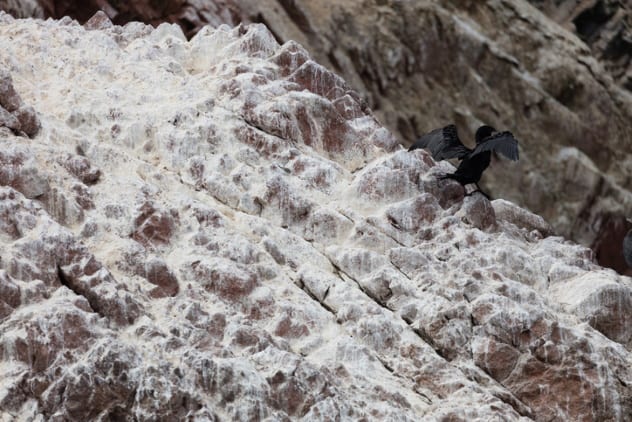 Guano is the excreta of seabirds and bats and is used as fertilizer. It was a big deal in the 19th century, when the United States and other Europeans nations did almost anything to get their hands on it. Guano was so valuable that Peru, a major producer, funded most of its budget with the money it made from exporting it.

The United States was so interested in accessing guano that it passed the Guano Islands Act of 1856. The act allows US citizens to seize unclaimed guano-rich islands in the name of the United States. The US president can choose to include the island as a part of US territory and even defend it with military force. The law is still in the books and has never been repealed.[6]

Peru and Spain also went to war after Spain seized Peru’s guano-rich Chincha Islands in 1864. The two-year-long Chincha Islands War ended with the defeat of Spain by the combined militaries of Bolivia, Chile, Ecuador, and Peru. Guano was also an indirect cause of the War of the Pacific (1879–1883) between Peru and Chile.

Peru still mines guano today, even though it no longer funds most of its budget with the money it makes from it. Most of the guano is used by local farmers, while a smaller portion is exported abroad as organic fertilizer. 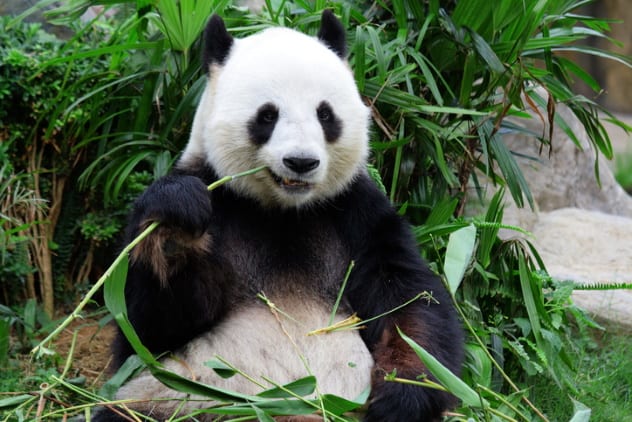 An Shi was a professor at Sichuan University in China. He was also the inventor of a process that allows farmers to use panda feces as fertilizer for their tea plants, for which he was awarded a patent in 2011. An said that tea made from the panda poop-fertilized plants could prevent cancer. There was a catch, though. He expected a kilogram of the tea to cost $69,000, making it possibly the world’s most expensive tea.[7]

An said the panda dung fertilizer would work because bamboo prevents cancer. Bamboo is the primary diet of pandas. However, pandas only process 30 percent of the bamboo they consume. They pass the remaining 70 percent out of their bodies in their poop. An maintained that their dung will transfer its cancer-preventing properties to the tea when used as fertilizer.

Scientists were skeptical about An’s claims, though. There is no research to prove that tea grown with panda dung fertilizer can prevent cancer. They also didn’t understand how he arrived at a price for the tea before it was even produced. 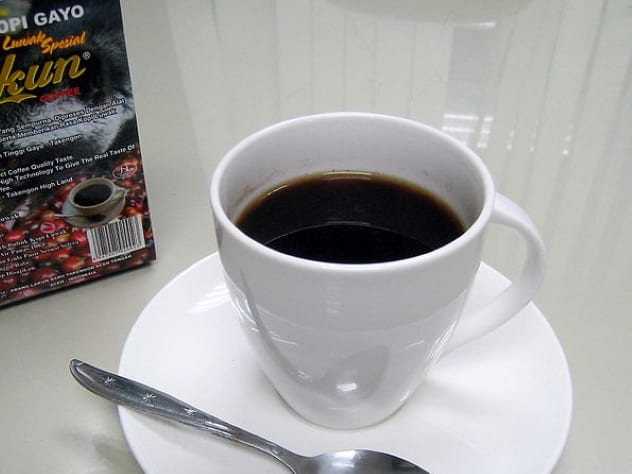 Kopi luwak is also one of the world’s most expensive coffees. A cup sold for up to $90 in the US in 2015. In this case, the coffee is made with partially digested coffee beans picked from the feces of the civet cat. The civet cat is not a cat but a close relative of the mongoose.

These days, kopi luwak is made with coffee beans picked from the dung of civet cats reared under inhumane conditions in farms in Indonesia and Philippines. The civets are locked in cages that don’t provide enough room for them to roam around. They are fed with only coffee beans, even though they eat a variety of foods in the wild. The confinement takes its toll on the civets, causing them to behave abnormally. They run around in circles and inflict injuries on themselves.

Most kopi luwak sellers deny knowledge of these claims and insist that their coffee is only made with the poop of wild civets. However, skeptics say that would be impossible because the sellers cannot sustain their businesses with beans picked from the dung of wild civets.

Others say the supposedly smooth taste of kopi luwak is hype and nothing else. Four coffee tasters indicated this during a blind taste test involving six types of coffee, including kopi luwak. The tasters put kopi luwak in fourth place. The first-place coffee was ten times cheaper than the kopi luwak.[8] 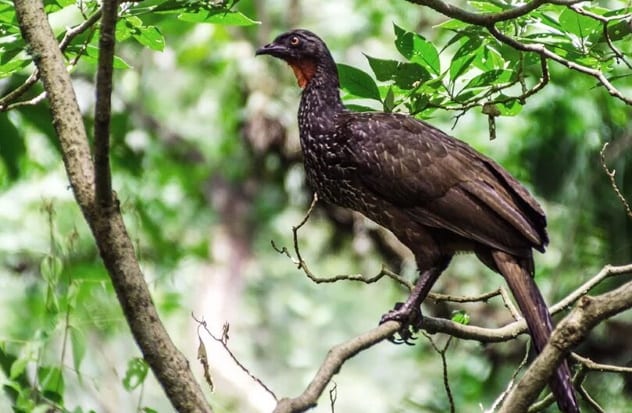 Jacu bird coffee is yet another expensive coffee made from animal dung. As the name implies, it is made from the poop of the wild jacu bird that lives in Brazil.

Brazilian farmer Henrique Sloper de Araujo invented jacu bird coffee after he noticed jacus from the nearby national park were eating coffee beans in his 740-acre farm in Pedra Azul. Araujo already knew about kopi luwak and thought he could make something similar from the bird. He tracked the birds and checked their poop for undigested coffee beans.

In 2006, he first released jacu bird coffee. Currently, a kilogram of it costs £700. Araujo says the coffee is among the best in the world because the birds only consume the ripest coffee beans. He added that the birds also eat apricots, truffles, and berries, giving the coffee a distinct nut-like taste.[9] 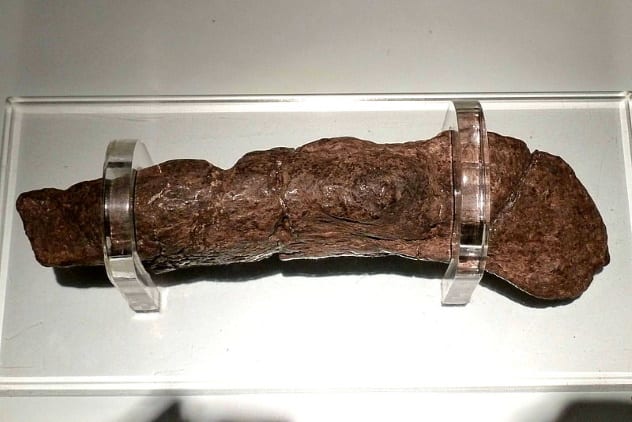 In 1972, construction workers discovered a 20-centimeter-long and 5-centimeter-wide (8 x 2 in) piece of human excrement while excavating in order to build a new branch of Lloyds Bank in York, England. Historians say the poop was passed by someone living in the Viking-ruled York sometime in the ninth century.

Historians added that the producer of the feces had intestinal problems and had been unable to poop for several days before dropping this. Tests revealed that he consumed a diet heavy on meat and bread. The poop is valued at $39,000. However, it is not currently for sale and is held at the Jorvic Viking Centre in York.[10]