By their very nature, parties are supposed to be fun. But not all parties go the way you want them to. The company can be boring, the food can be terrible, and there’s always the chance that you’ll do something embarrassing. However, no matter how bad your worst party story is, let’s hope it’s never as bad as these ones. 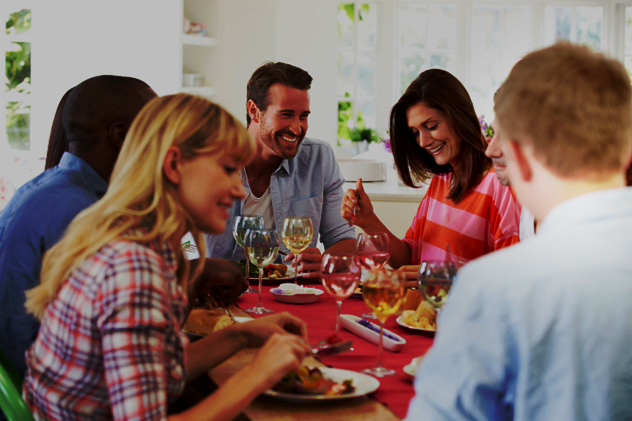 Benoit Savean was a technician for a French car manufacturer in Britanny, France. He was visiting his children in Audincourt when he was invited to a dinner party by some of his stepdaughter’s neighbors. It was a small party, but six of the guests had their sights set on more than just having a good time. At some point during the night, 54-year-old Savean made the mistake of mentioning that he had quite a bit of money in his bank account, and that’s when things took a turn for the worse.

When Savean hadn’t returned to his stepdaughter’s home by the next morning, his family contacted the police. Eight of the party guests were arrested and, after a week of interrogation, one of them cracked and led the police to Savean’s body. It turned out that six of the guests—one woman and five men—had plied Savean with alcohol, then attacked him, beat him, and loaded him into a car. There the savage beatings continued until he died and the would-be thieves dumped his body in the forest. All six were charged with his death. 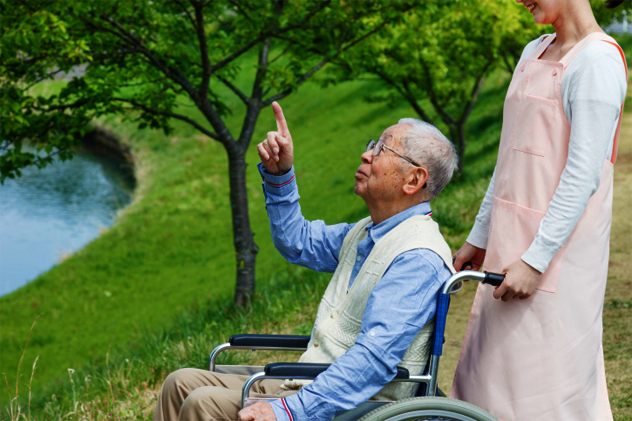 If you spend the majority of your life working, there’s nothing wrong with celebrating a little when you finally retire. Such was the case with an unnamed 60-year-old man in Kusatsu, Japan, who was retiring from a transportation firm in November 2007. His celebratory farewell party was held at a local inn on November 18, 2007, and was attended by almost 40 people. The man and his 59-year-old wife were looking forward to doing a bit of traveling with their newfound free time, according to his wife, and were excited to finally get the opportunity to see the world.

At the party, things were going well until several co-workers gathered around the retiree and gave him a celebratory toss into the air. The problem was they didn’t catch him when he fell. He landed hard on the straw-covered floor and suffered severe neck and back injuries that left him paralyzed. Ten months later, he died of blood poisoning. The man didn’t get to celebrate even a single day of retirement. 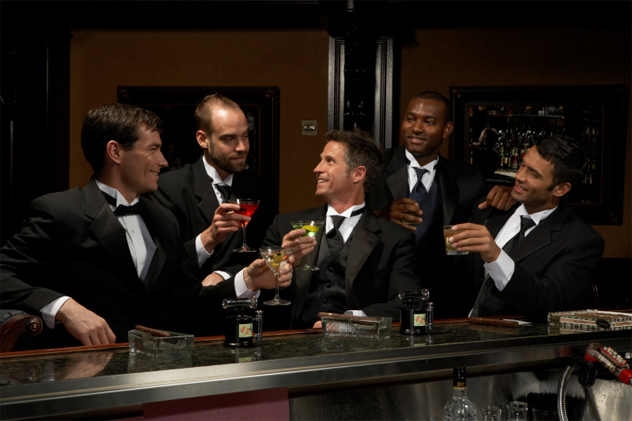 The exact cause of his death is still unknown, although the coroner determined that he died from generalized blunt-force trauma to the head and neck. The other man was taken into custody and interrogated, but he was eventually released and no charges were pressed. 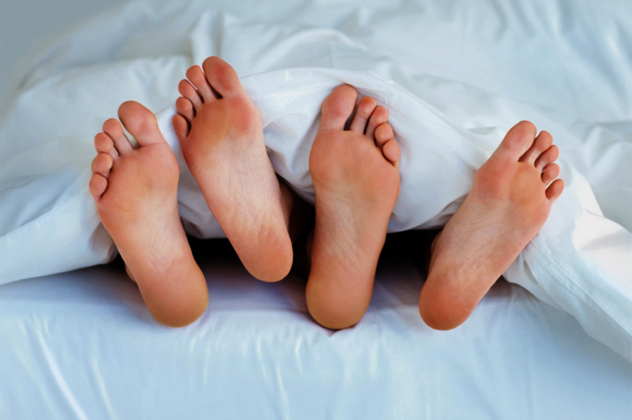 On the night of November 13, 1997, Coy Wayne Wesbrook was invited to his estranged wife’s house in Channelview, Texas. Wesbrook had been hoping to rekindle their relationship, but his wife, Gloria Coons, had other plans. When Wesbrook arrived at her house, he got a surprise: Instead of Gloria by herself, he found her with three men and another woman. The group was having a party, and Coons openly announced that she’d just slept with one of the men. When Coons went into her bedroom with a second man, the other partygoers supposedly began mocking and taunting Wesbrook.

Enraged, Wesbrook went to his truck and grabbed his hunting rifle. He came back into the house and killed all three of the men, the woman, and Gloria Coons. The police quickly showed up, and Wesbrook was arrested at the scene. He was convicted and given a life sentence on September 2, 1998. 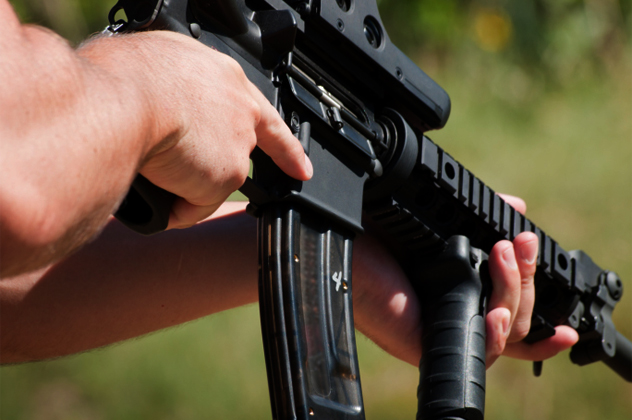 On October 9, 2007, sheriff’s deputy Tyler Peterson was attending a party at an apartment in Crandon. Around 2:00 in the morning, Peterson got into a heated argument with his 18-year-old ex–girlfriend. When some of the other partygoers began calling him a “worthless pig,” Peterson flipped. He went out to his truck, retrieved his AR-15 rifle, and stormed back into the apartment. He unloaded over 30 rounds into the crowd, killing six people who ranged in age from 14 to 20 years old. One person survived after being shot three times.

Hearing the gunshots, a nearby police cruiser approached the apartment to investigate. Peterson fired at the cruiser, shattering the windshield and injuring the driver. Peterson then fled the scene in his truck and drove across three counties while the police tracked him. He eventually holed up in the small town of Argonne, Wisconsin and spent several hours attempting to negotiate his surrender with the police. When negotiations broke down, Peterson opened fire and was killed in the ensuing shootout. 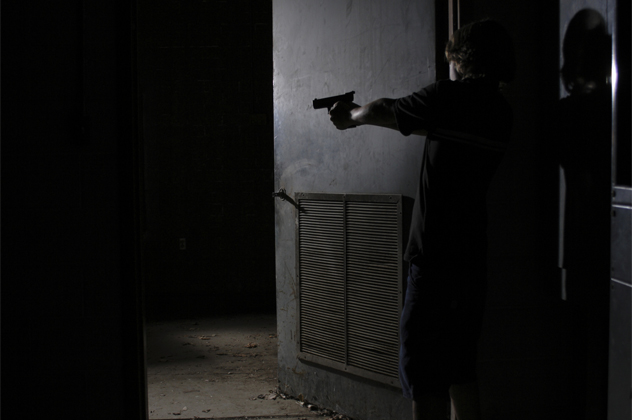 Kyle Huff and his twin brother, Kane, moved from rural Montana to Seattle in 2001. The move turned out to be difficult for Kyle; he couldn’t hold down a job, he didn’t date, and the only friend he really had was his brother. An outsider from the start, Kyle took to attending late-night raves around the Seattle area. But according to witnesses, he never really fit in there either, and spent most of the time standing shyly at the back of the room while everyone else danced.

On March 24, 2006, Huff went to a rave at the Capitol Hill Arts Center. A fellow raver invited him to an after-party at a nearby house, and he got there sometime between 4:00 and 6:00 AM. He didn’t know anyone, but witnesses said that he was pleasant and that there was no indication that anything was wrong.

Around 7:00, Huff walked out to his truck and armed himself with a pistol-grip shotgun, a handgun, and 300 rounds of ammunition. He returned to the party and shot four people at the doorstep, killing them all. He then forced his way into the house, whispered, “There’s plenty for everyone,” and let loose with the shotgun.

An officer in the area heard the shots and drove to the house, but he was too late—Huff had already claimed six victims and was prowling for more. When the officer confronted him, Huff shot himself in the head. The police believe that Huff would have continued his rampage until all 300 rounds had found a victim if the patrolman hadn’t shown up. 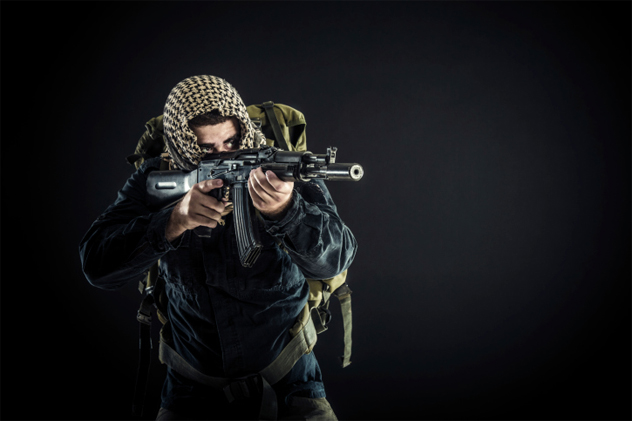 There are some areas in the world that are less party-friendly than others, and Afghanistan has a history of being one of the worst places for festivities. On August 27, 2012, 17 people were attending a party in Helmand province in southern Afghanistan. There was singing and dancing, and two females even showed up. While this may seem like a pretty average party, it was borderline heresy as far as the Taliban was concerned. There are very few mixed-gender parties in Afghanistan, and women generally don’t dance with men in any situation unless they’re related.

At some point during the night’s festivities, Taliban gunmen descended on the party and brutally murdered every last person in attendance. The revelers’ headless bodies were found scattered throughout the house the next day. Although the killers were never seen, the spokesman for the Helmand provincial governor confirmed that the massacre was the work of the Taliban, who held the area in an iron grip at the time and took a harsh view toward anything that undermined their extremist ideology. 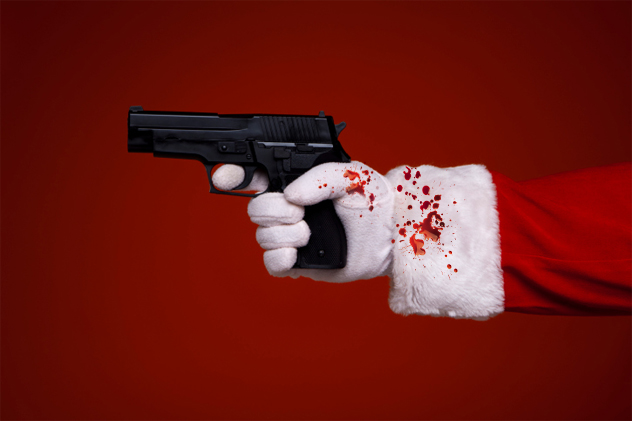 Around 11:30 AM on December 28, 2008, 45-year-old Bruce Jeffrey Pardo put on a Santa costume and showed up on his former in-laws’ doorstep. They were having a party in Covina, California, and Pardo had a tragic surprise in store for the family. He held two objects in his hands—one was a 9 mm semiautomatic and the other was a gift-wrapped compressor tank filled with fuel. As his eight-year-old former niece ran up to greet him, Pardo fired a round into her face. Pardo then opened fire on the family, managing to kill his ex–wife, her parents, two of her brothers and their wives, her sister, and her 17-year-old nephew. Using the fuel-filled tank, Pardo then set fire to the house and burned it to the ground.

Since he had previously purchased an Air Canada ticket and had $17,000 taped to his leg, it’s thought that Pardo was going to try to escape to Canada after the massacre. However, he suffered third-degree burns in his assault and ended up committing suicide in his brother’s house just hours later. Miraculously, the eight-year-old girl who had been shot in the face survived. 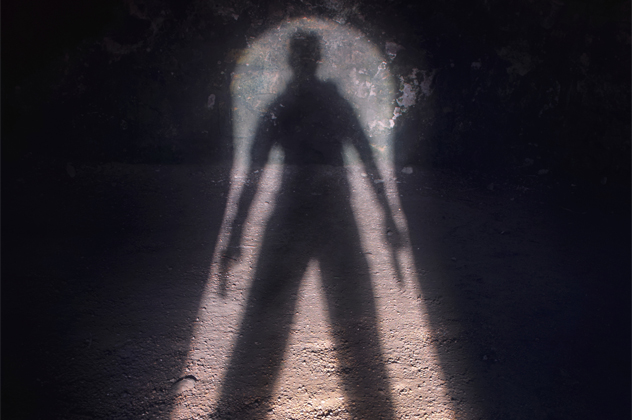 James Ruppert was a quiet man who was incredibly jealous of his older brother, Leonard II. Leonard had a job at General Motors and had married James’s ex-girlfriend (and fathered eight children with her, to add insult to injury). On the other hand, James was an unemployed alcoholic who—at the age of 41—had moved back in with his mother.

On Easter Sunday 1975 in Hamilton, Ohio, Leonard, his wife, and their eight children were visiting Leonard and James’s mother. They had lunch and the children spent the afternoon hunting for Easter eggs. At 4:00 PM, James woke up with a pounding hangover, loaded an arsenal of firearms, and went downstairs. The first person James saw was his brother Leonard, who got a bullet in the chest. He then killed Leonard’s wife and his mother before moving on to his nephew David and nieces Teresa and Carol. James then went into the living room and killed the remainder of his nieces and nephews—Ann, Leonard, Michael, Thomas, and John. The entire horrifying spree took less than five minutes.

James spent the next three hours in the house surrounded by his dead family members, then called the police and surrendered. James was convicted and is incarcerated in the Allen Correctional Institution in Lima, Ohio. 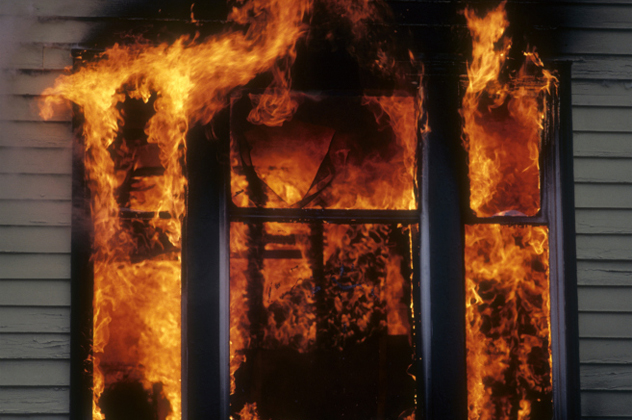 On January 17, 1981, Yvonne Ruddick and Angela Jackson were celebrating their joint birthday in New Cross, London, England. The party continued well into the early morning, and at around 5:40 AM, a fire broke out on the main floor. The ensuing conflagration managed to claim the lives of 13 people, including Ruddick, who had just turned 16. Jackson was able to escape without injury. One of the people who did get out was so scarred by the event that he ended up taking his own life two years later.

The cause of the fire is still unknown, but since all the victims were black, a firebomb was one of the initial suspected causes—that area of London was a racial hotbed during the early ’80s. Despite the theories, the only facts are that the fire started on the main floor and quickly spread to the rest of the house. In the years since the tragedy, the case has been reopened several times, but we’re still no closer to pinpointing the cause of the fire. Most of the evidence now seems to suggest that it was an accident.

10 Murders That Were Committed By Bodybuilders